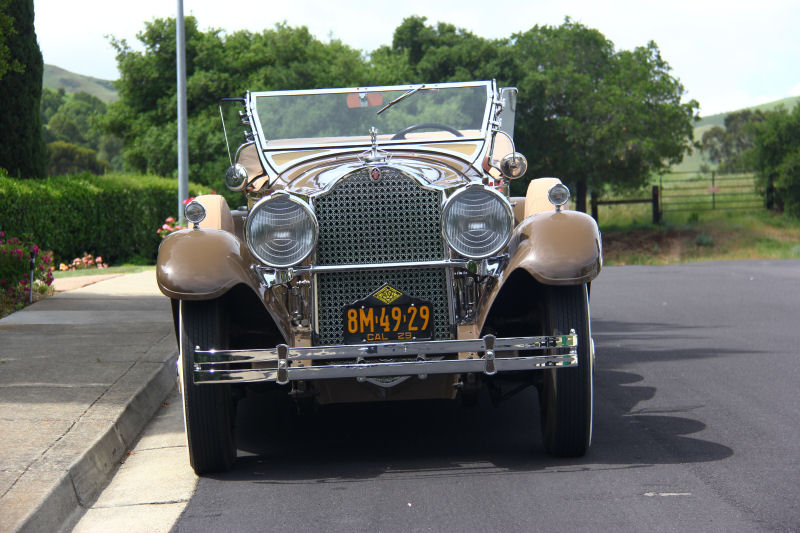 I've posted a couple of times previously about a collector in my area with a nice assortment of pre-war classics. His '40 Buick and '32 Cadillac have been featured here, and there are numerous others that end up in his garage from time to time. It should be noted that as of this writing I have never once asked him to pull a car out of the garage for me to shoot as a "street sighting". Sometimes I just get lucky! Today we're looking at what I believe to be a 1929 Packard Model 640 Custom Eight roadster. 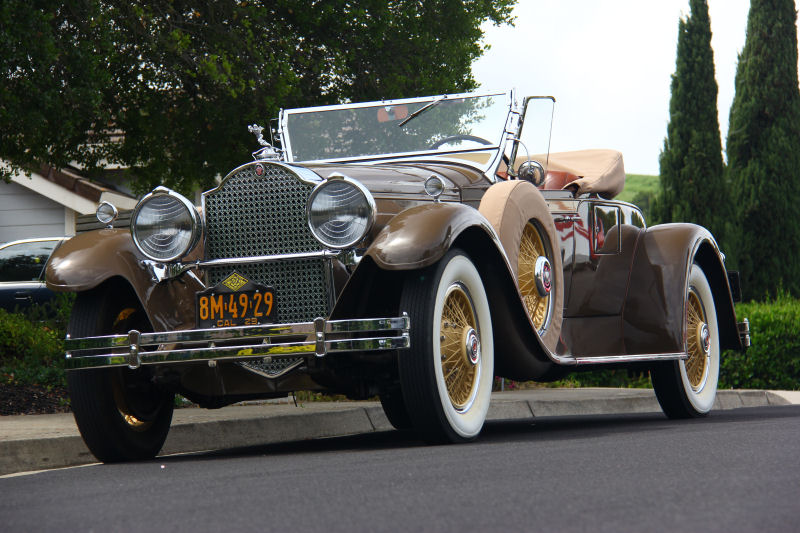 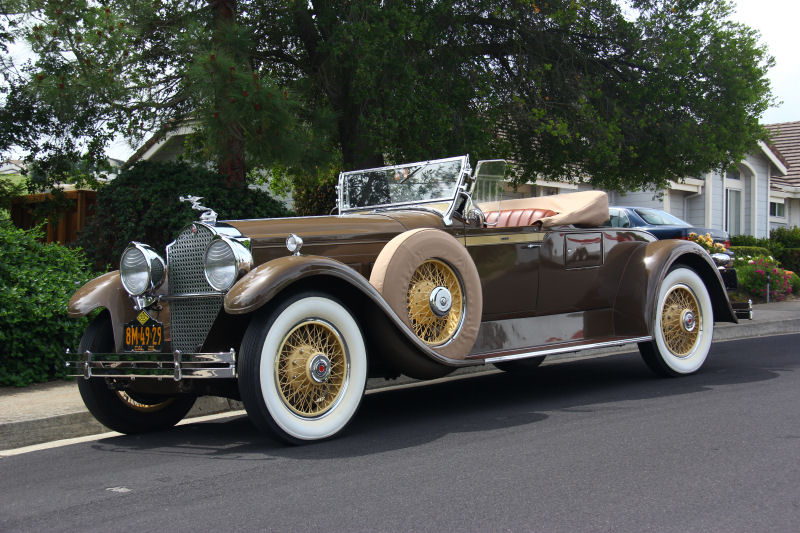 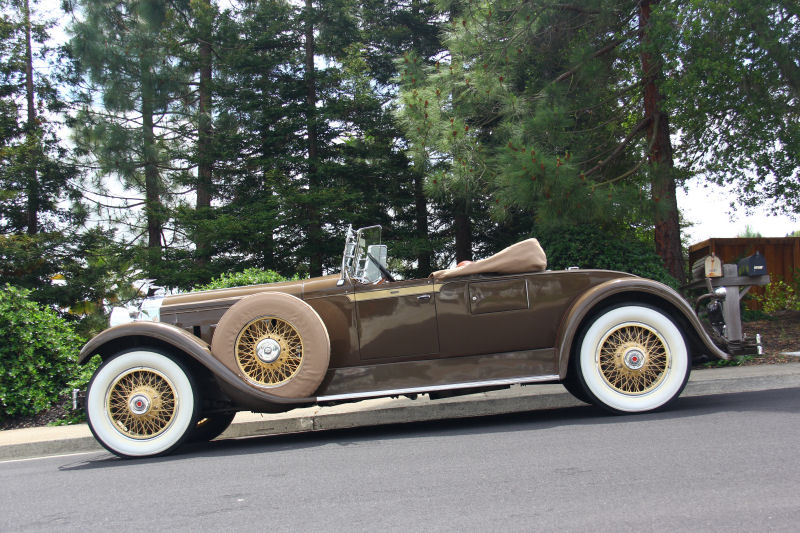 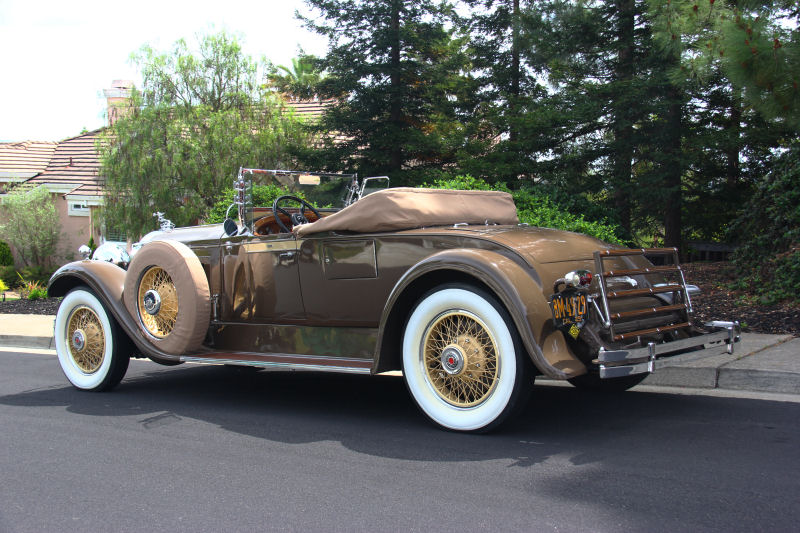 A Packard was an expensive car in 1929, one of the great American luxury manufacturers and one of a relative few that would survive the stock market crash and subsequent Great Depression. The Model 640 roadster was the cheapest variant in the series at roughly $3,175 new ($43,270 in 2014 dollars) but today is one of the more sought-after models among collectors. They are magnificent machines, powered by a 385 cubic-inch straight-eight engine producing 106 horsepower. The two-seat roadster sports a fold-out rumble seat for extra passengers, and a compartment with access on both sides for stowing small luggage or golf bags. 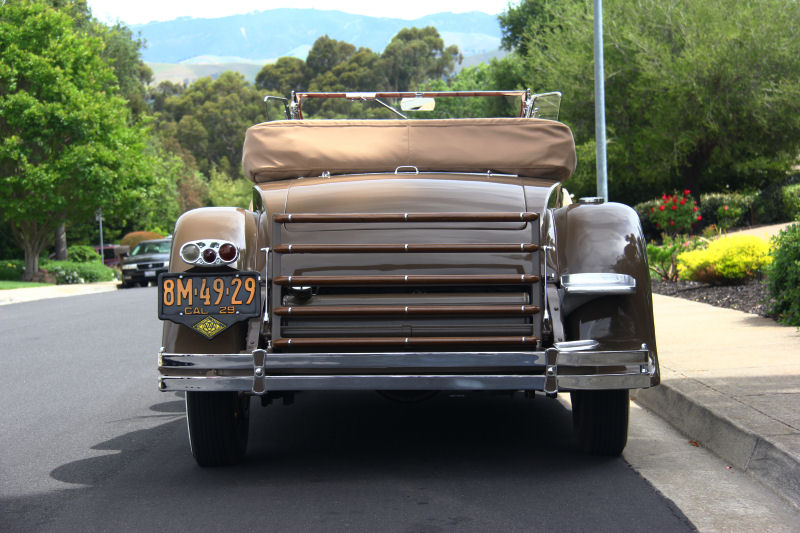 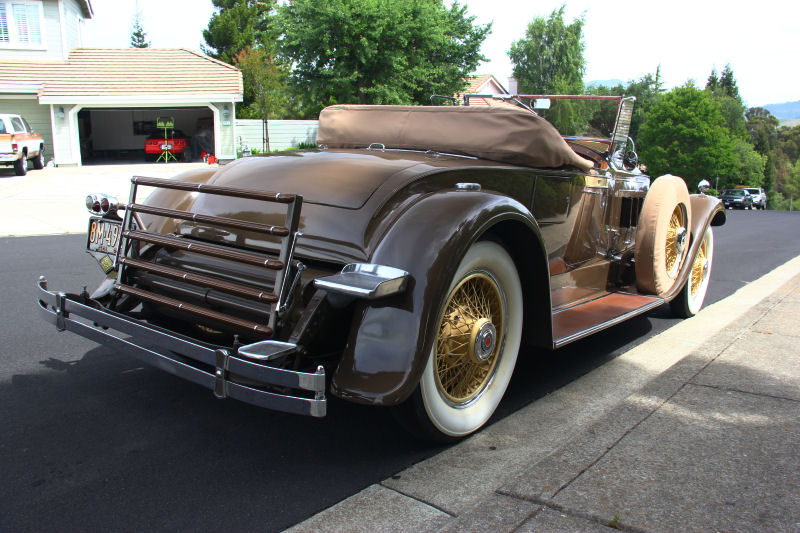 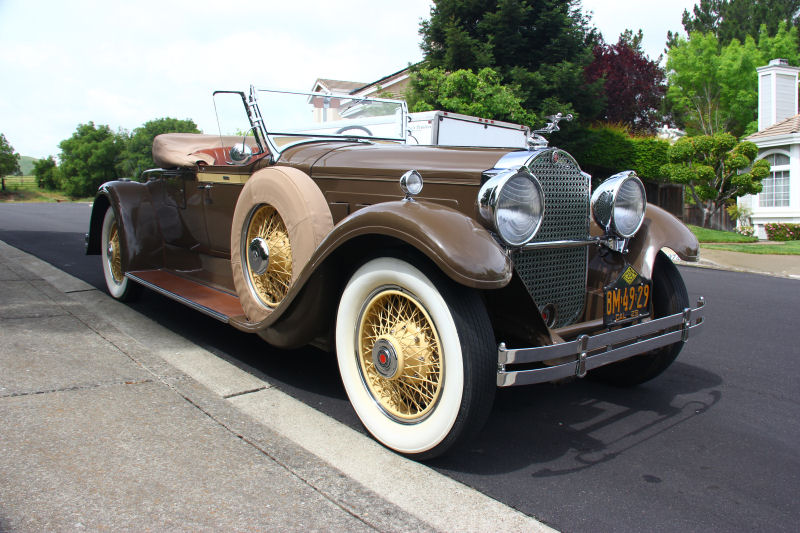 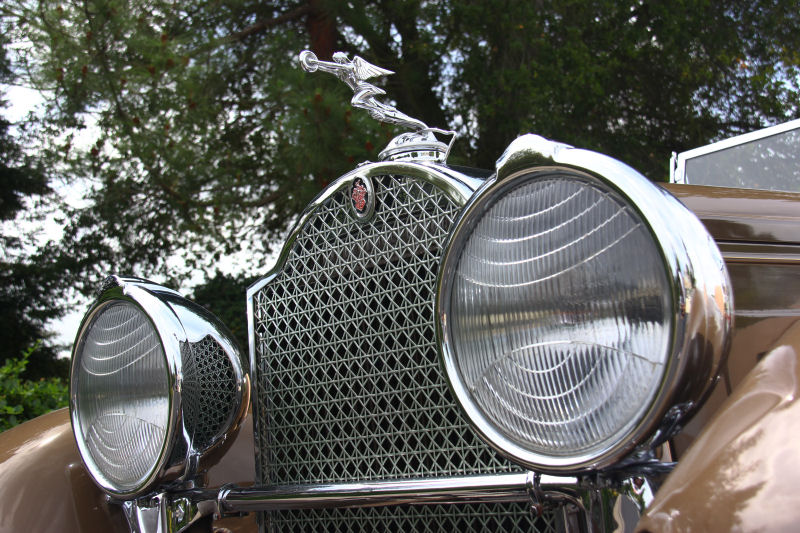 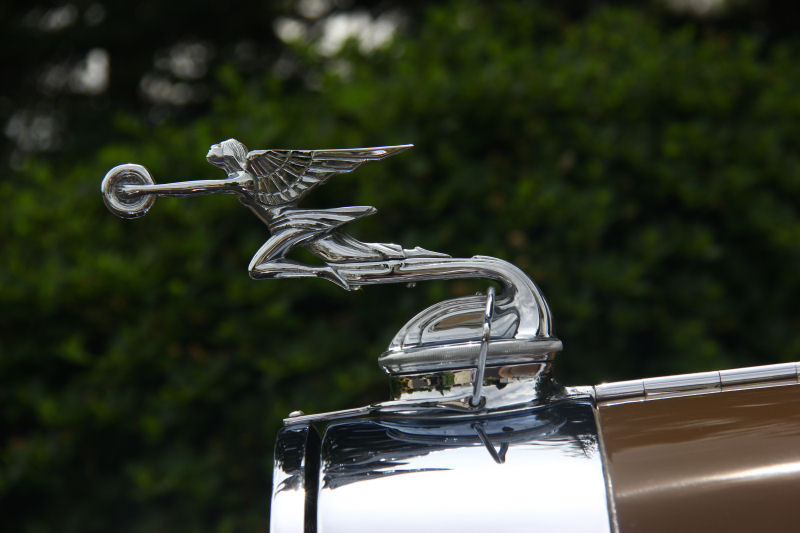 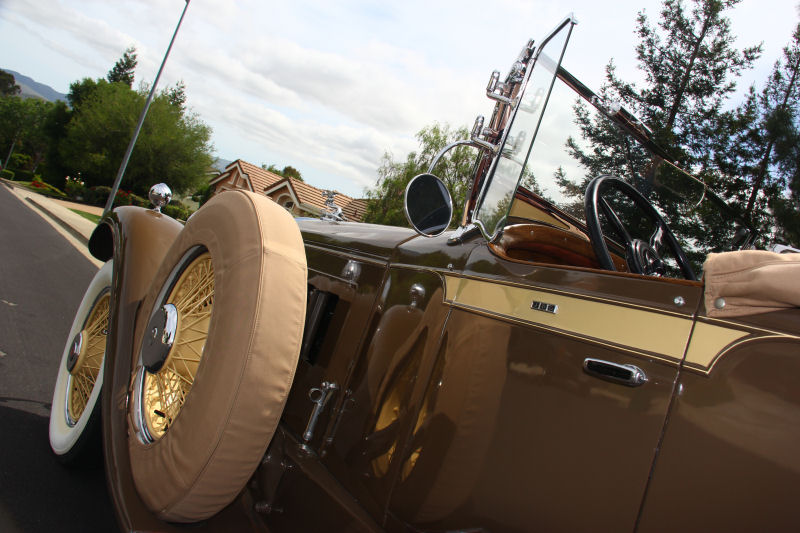 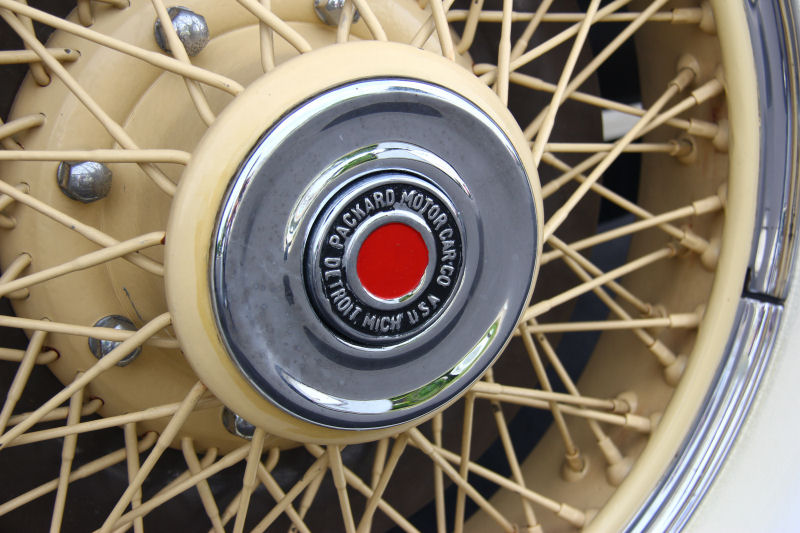 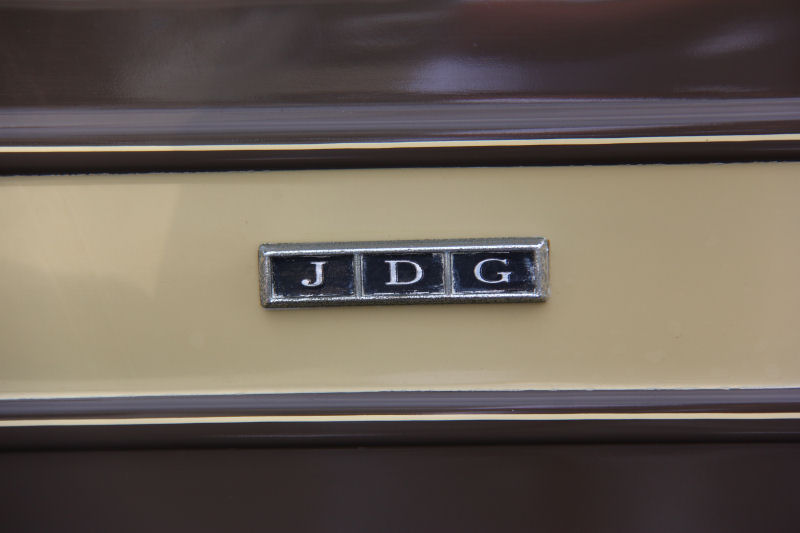 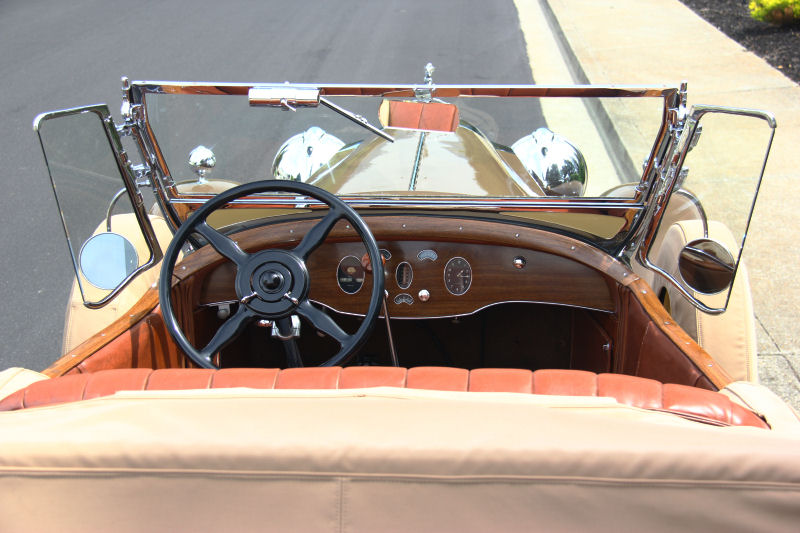 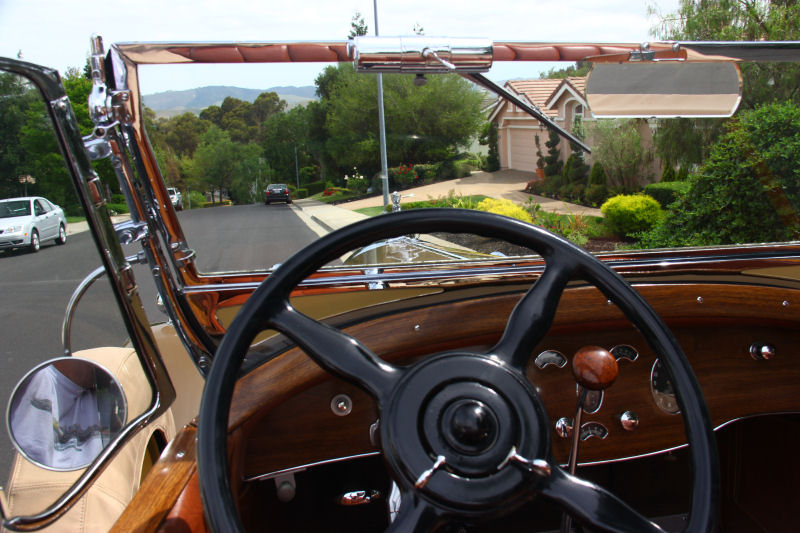 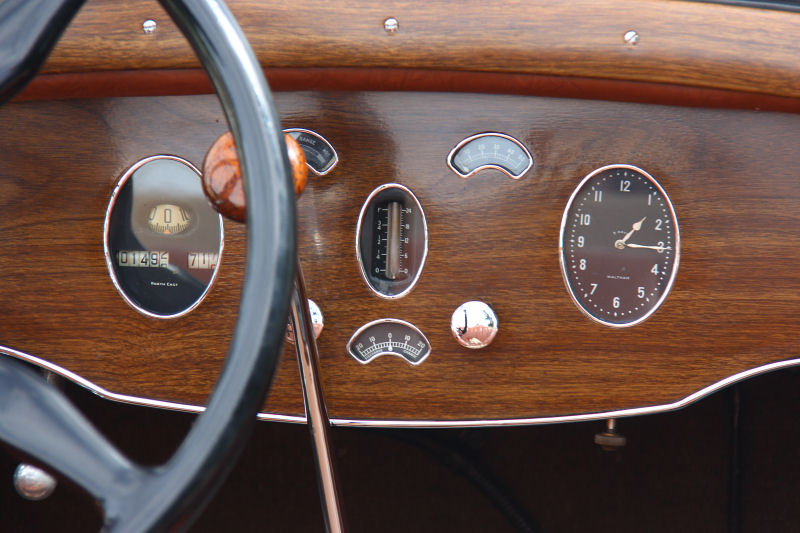 This Custom Eight looks pretty good, simply detailed with relatively few options. I like that it doesn't have the optional teardrop-shaped Woodlite headlamps that have become popular additions to restored cars. I also like the chocolate and straw color scheme, much more subtle than a lot of the eccentric combinations people tried in the 1920s. The monogrammed initials J.D.G. on the door are interesting, though I don't know anything about the car's history. Up close, this isn't a 100-point concours car, and the owner's attitude reflects that. I'm not used to hearing owners dismiss a rare antique in driver condition as "just some old junk". I guess that among concours collectors, a vehicle with rock chips and obvious wear is nothing special. For what it's worth, it made me geek out like crazy and is definitely one of the coolest sightings I've come across.
Posted by Jay Wollenweber at 12:00 AM