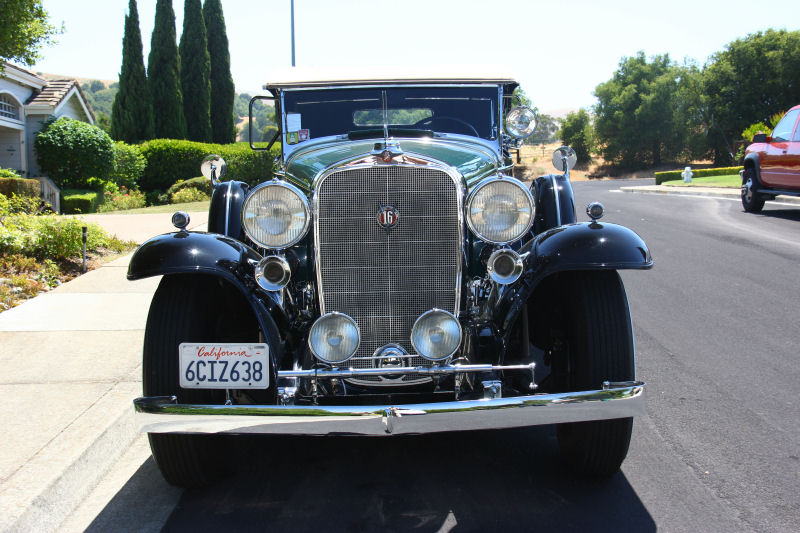 There is something of a mythical quality about the Cadillac V-16. These were some of the greatest luxury cars in their time, comparable to contemporary Duesenbergs, Pierce-Arrows and Packards as ultimate symbols of wealth, power and opulence. They were always limited-production, built to order and built to specification for clients in a number of body styles. It is estimated that domestic GM affiliates Fleetwood and Fisher Body built as many as 70 different body variations on the V-16 chassis, and other coachbuilders produced their own around the world to order. The V-16 was offered for eleven model years from 1930 to 1940, and only 4,076 were built. More than half of these were made in the first year alone. 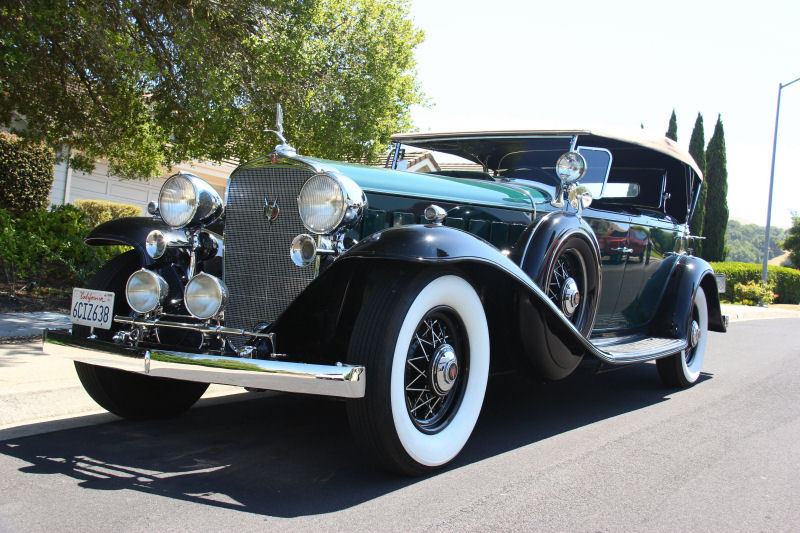 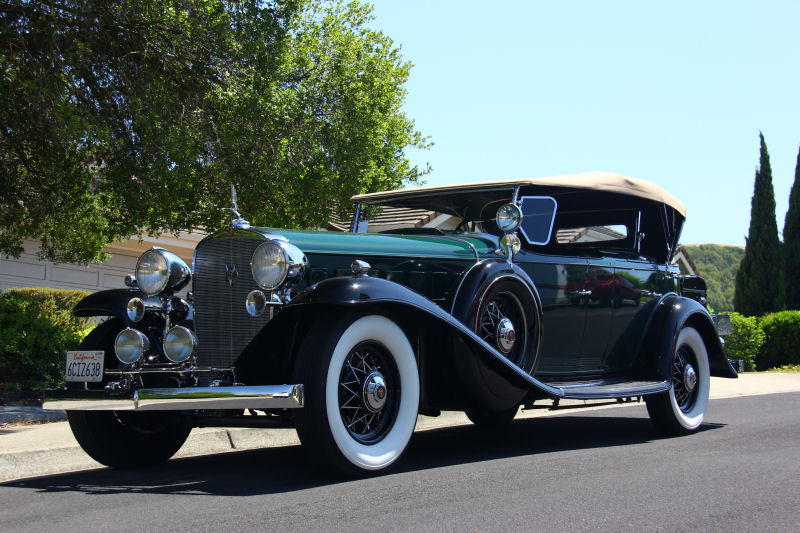 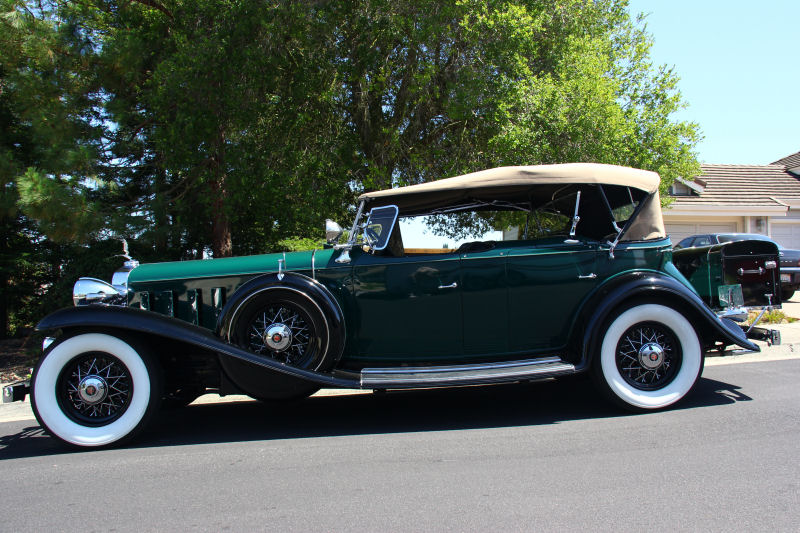 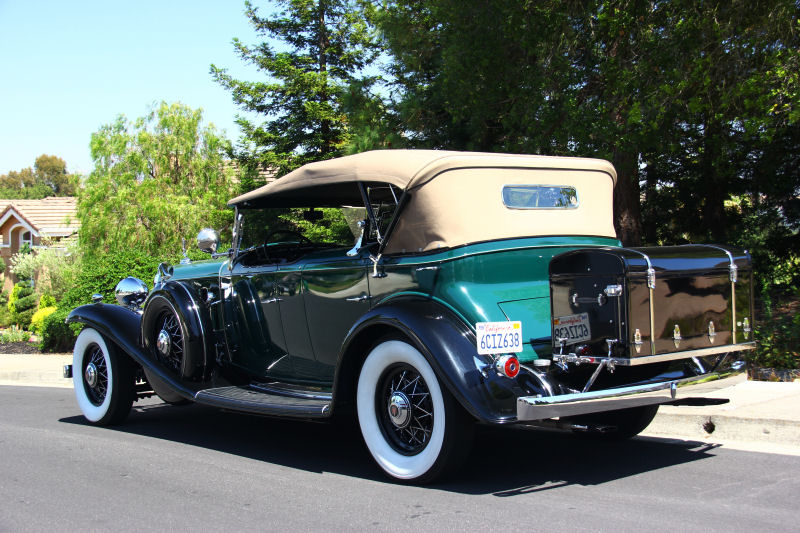 Cadillac took advantage of an emerging market niche with the V-16, competing with other marques' eights and upcoming new twelve-cylinder engines. Only one other brand, Marmon, introduced a V-16 engine, and that didn't come to market until 1931. The timing could not have been worse, as Cadillac rolled out their new car just after the 1929 stock market crash. Sales were initially brisk, then slumped almost flat as the Great Depression wore on. It was simply the wrong time for a huge, gas-guzzling luxury car. Even if you could afford it, the optics of being seen in such a car were terrible. 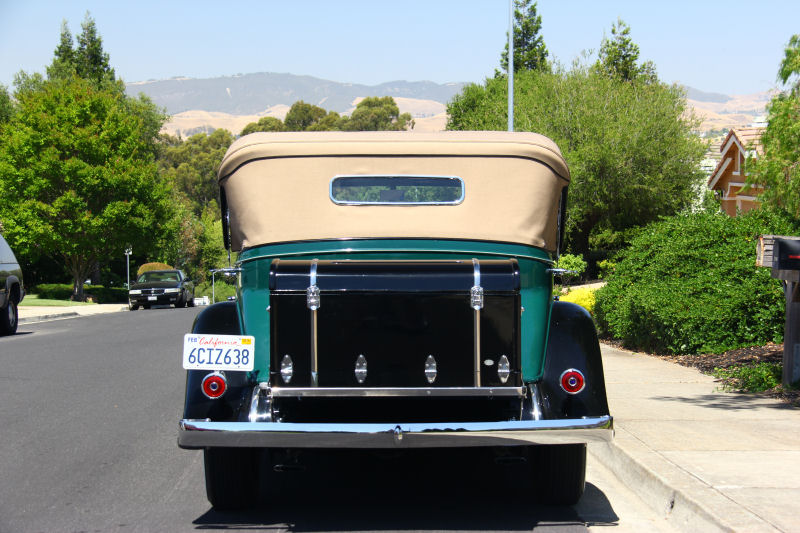 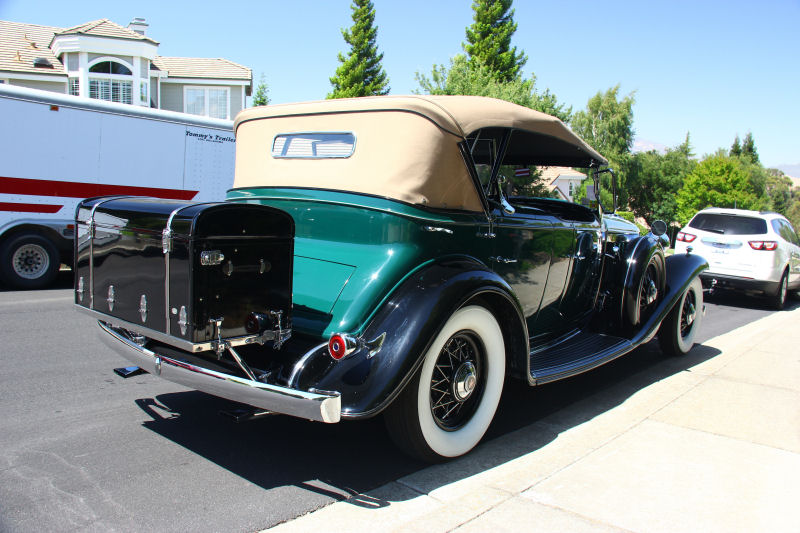 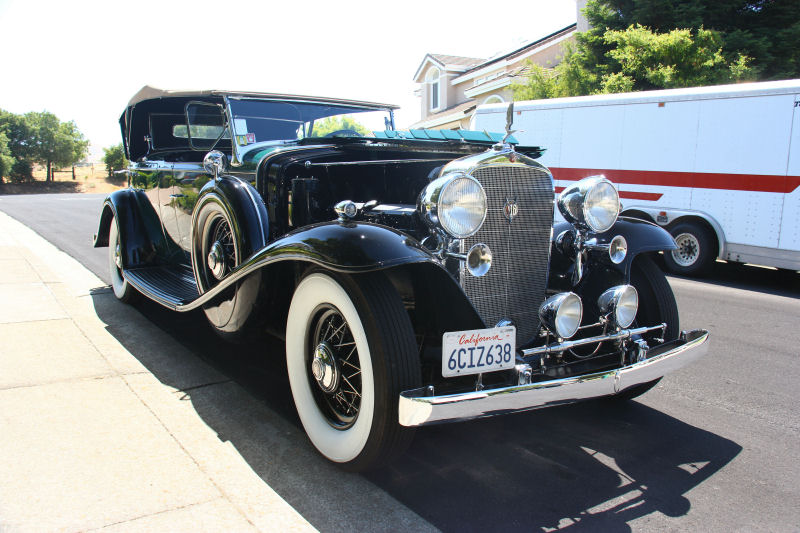 This is one of 296 Cadillac Model 452B V-16s sold in 1932. Phaetons are particularly rare among V-16s, and this one is not only documented but in excellent original condition. The owner is a local businessman who also owns the 1940 Buick Limited convertible sedan I featured a couple of months ago. He told me the paint is old and might get repainted in a few years if he ever plans to do concours events with it. In the meantime, the car gets driven in long-distance car club trips. It has been driven across Europe including on the German autobahn, and driven across the United States from New York to San Francisco for the Lincoln Highway Centennial. I've seen it a couple of times in local shows as well. Judging by the paint combination and recent license plates, this is probably the same car that sold at a 2001 Barrett-Jackson auction for $193,600. At that point it was wearing apparently original Rhode Island license plates. These plates appear to be 2007 or 2008 issues, so maybe it was re-sold before it reached the current owner. The owner told me that this exact car was used as a reference by a diecast company years ago, possibly Danbury Mint, for their 1:24 scale Cadillac V-16 Phaeton. The Danbury model was produced in Carousel Green with cream interior, instead of the black interior and black fenders of this car. 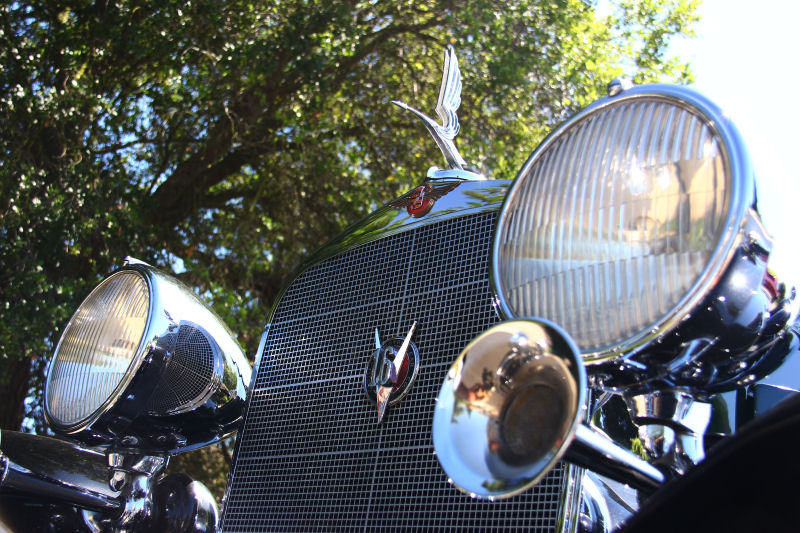 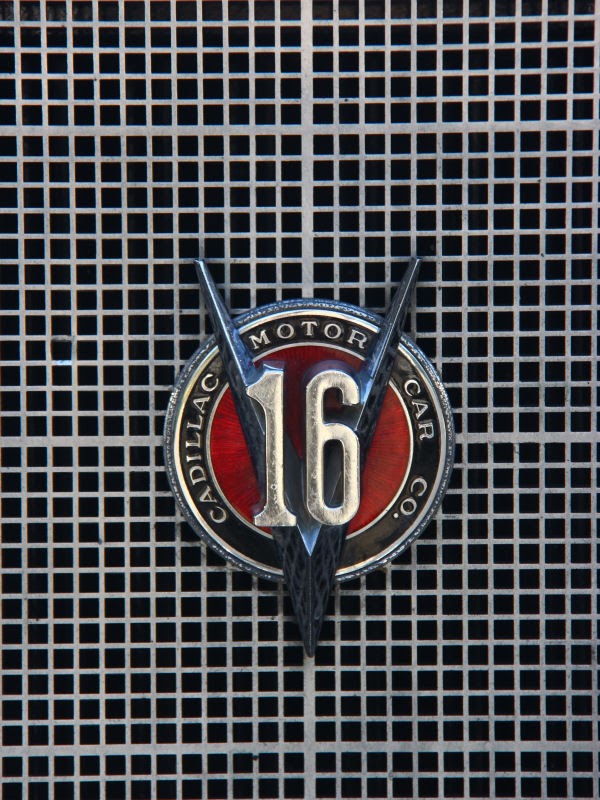 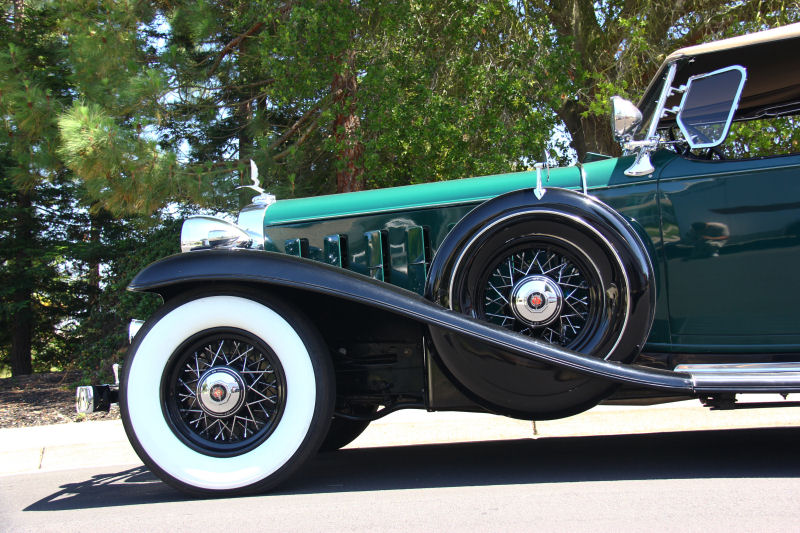 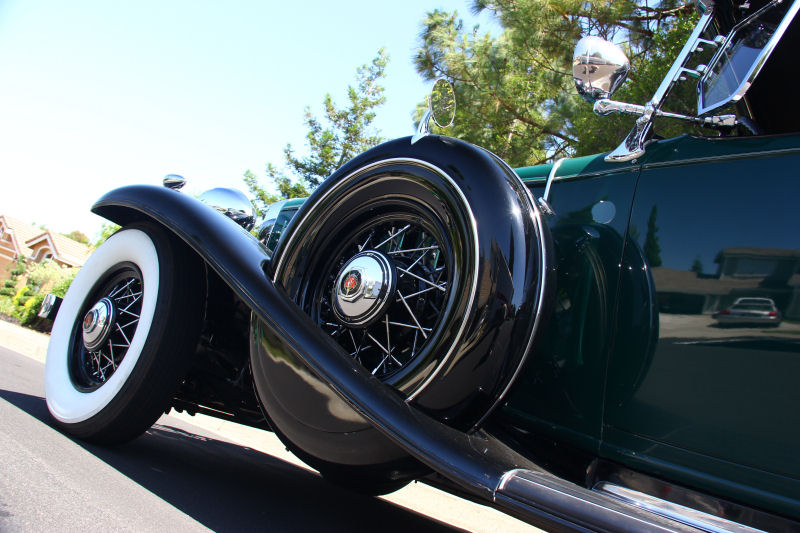 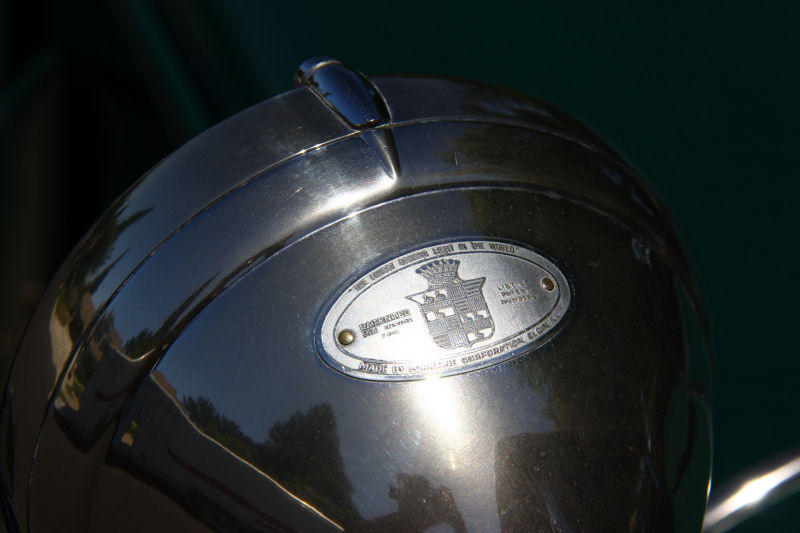 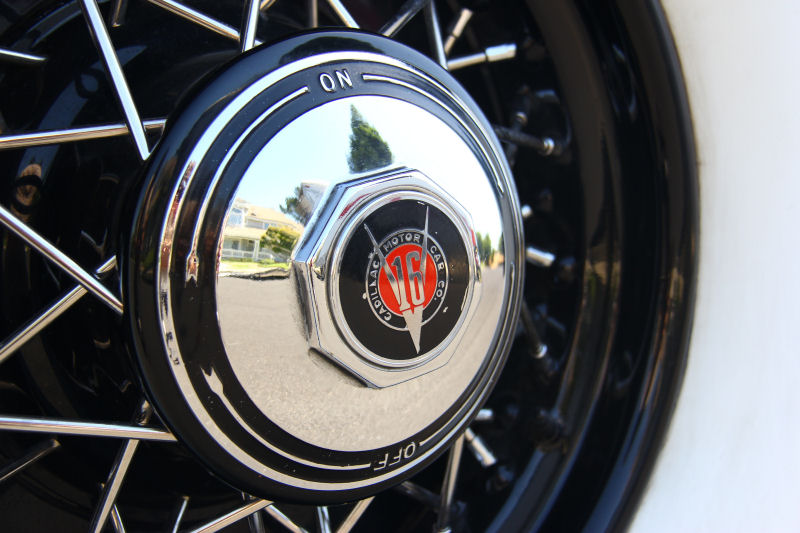 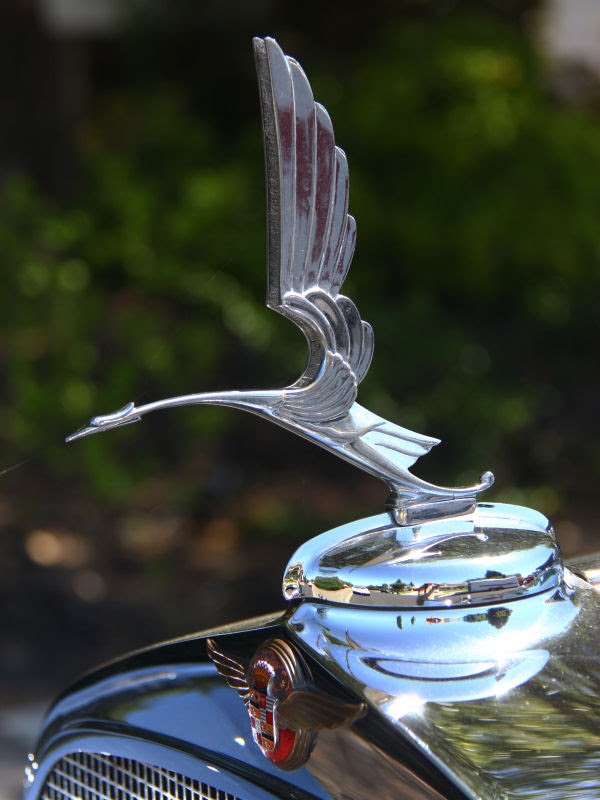 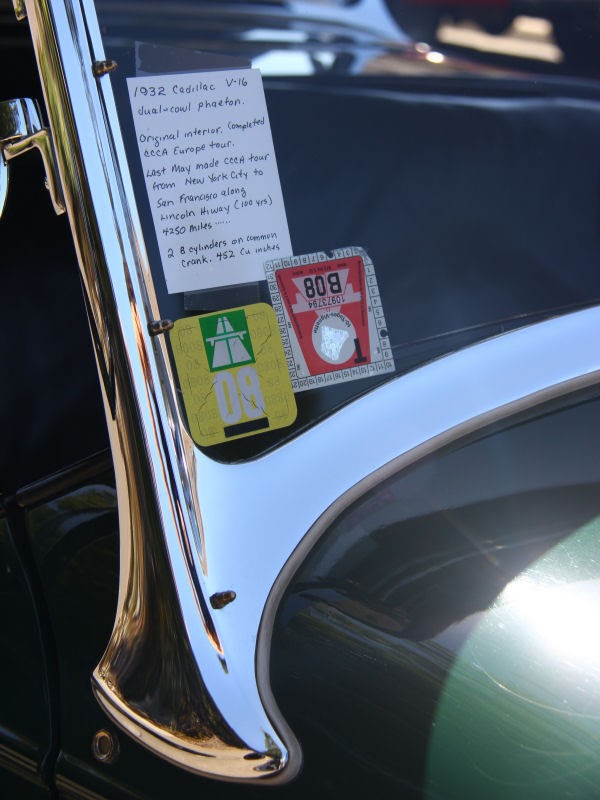 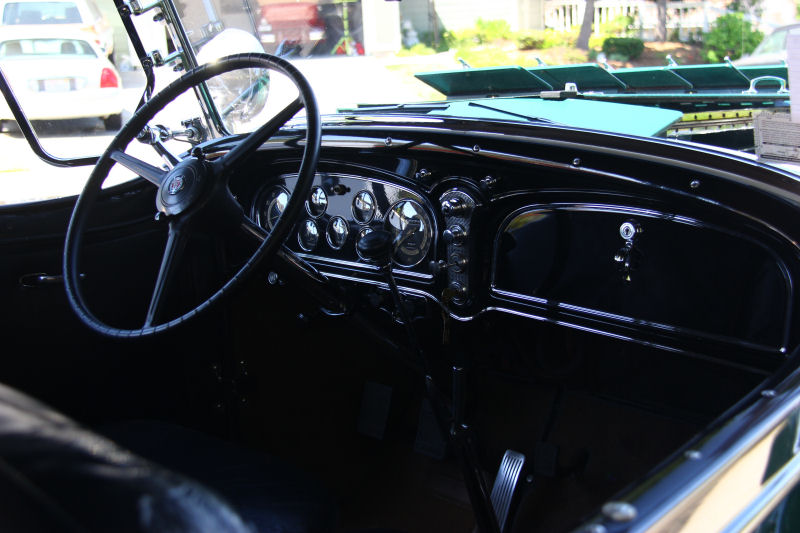 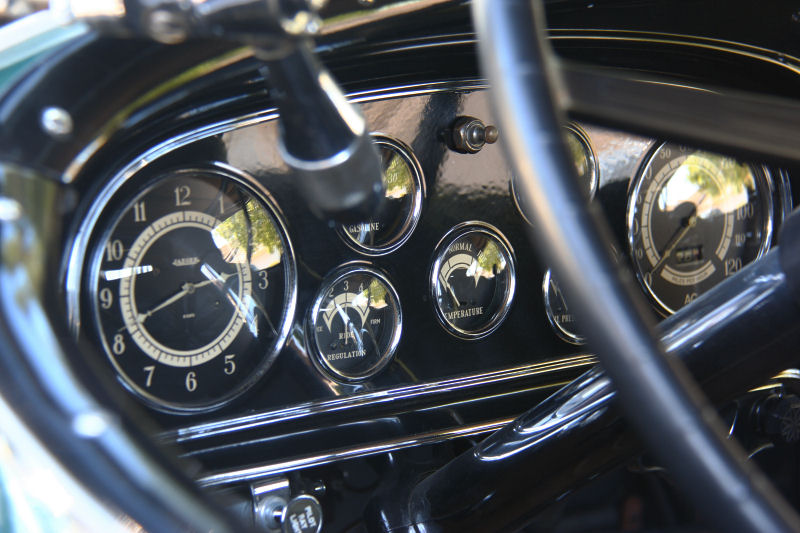 The owner was kind enough to let me poke around his car for a while, even opening the hood for me to take a look at the magnificent 452 cubic-inch V-16 engine. And the best part was that it was a legitimate street sighting, not a car show spectator or entrant on the day I shot it. I literally walked there from my house to ask the owner if he would be interested in loaning a car for a photo shoot. An L.A. photographer had contacted me earlier this summer looking for help locating a cool convertible and a good San Francisco location for a photo shoot for an opera magazine. It didn't work out, and the photographer sourced a Mercedes E-Class convertible instead (though I did suggest that area on Telegraph Hill, corner of Montgomery and Green Streets). The day I stopped by, the Cadillac happened to be sitting out front and the owner was unloading a 1937 Cord 812 roadster from a car trailer. I haven't had the chance to shoot that one... yet.
Posted by Jay Wollenweber at 12:00 AM