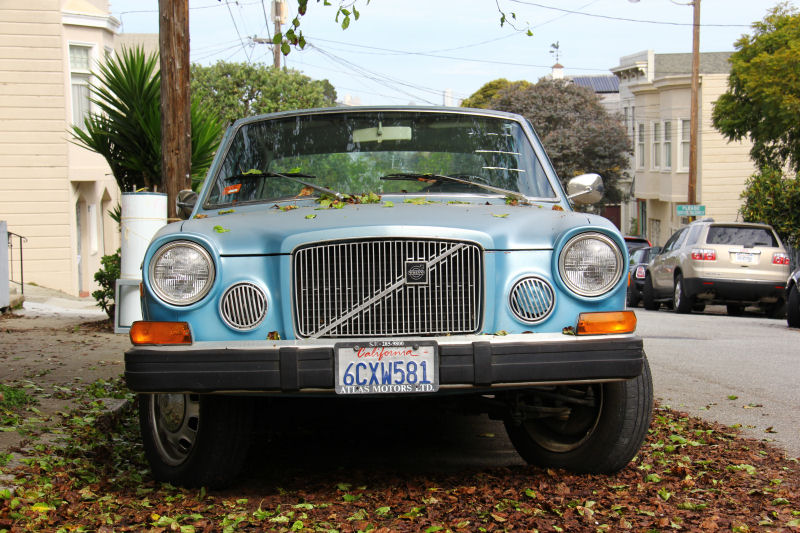 It's still kind of weird to me hearing the name Volvo tossed around as a luxury manufacturer. They've gone upmarket in recent decades, but living in the San Francisco Bay Area it's very hard to shake the mental image of ratty old 244DLs with colossal black rubber bumpers. One of Volvo's first efforts to break into the luxury field was the 164, an upgraded version of the 144 sedan with a longer wheelbase and bigger engine. The 164 featured 3.0 liter straight-six power, wrapped in a unique front end with round headlamps and a tall, upright grille. Officially sold from 1969 to 1975, a small number were apparently also titled as '76s. This one is a '74, built with Bosch D-Jetronic fuel injection, a facelifted grille, large rubber bumpers, flush-mounted door handles and the first year without front vent windows. The 1974 164 was also available with heated seats, a perfect luxury item for a car from a Nordic country. Buyers had a choice of four-speed manual transmission with or without overdrive, or a three-speed automatic that hampered acceleration dramatically. Regardless, the automatic was popular in North America. I guess nobody really bought a Volvo sedan for its performance in the pre-turbo days. 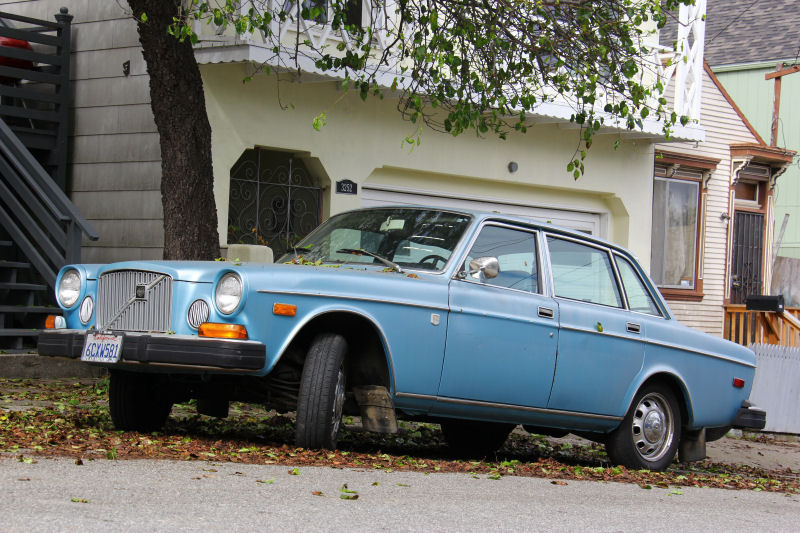 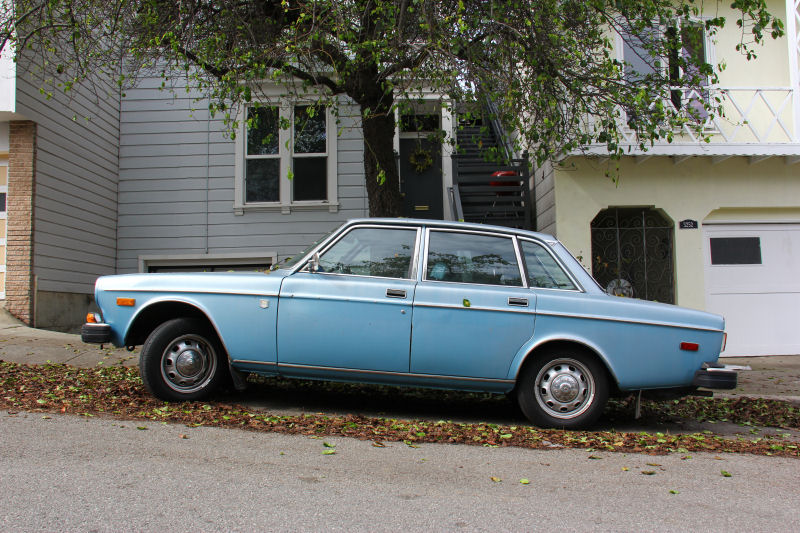 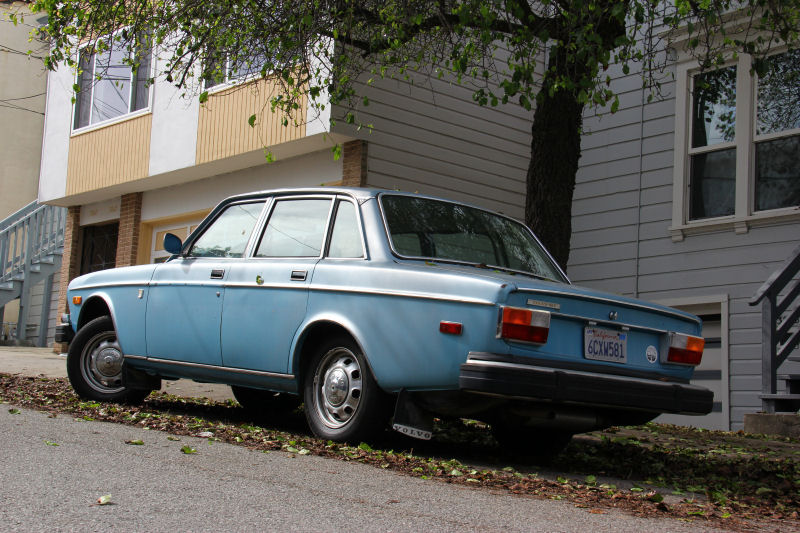 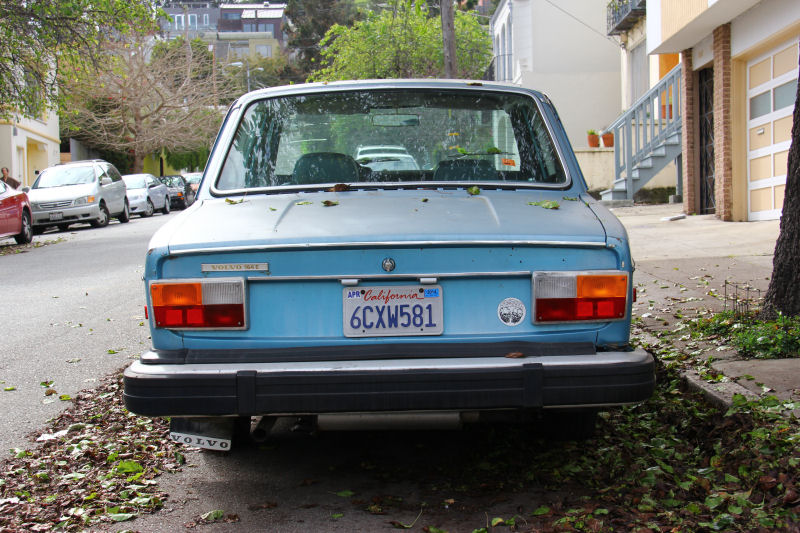 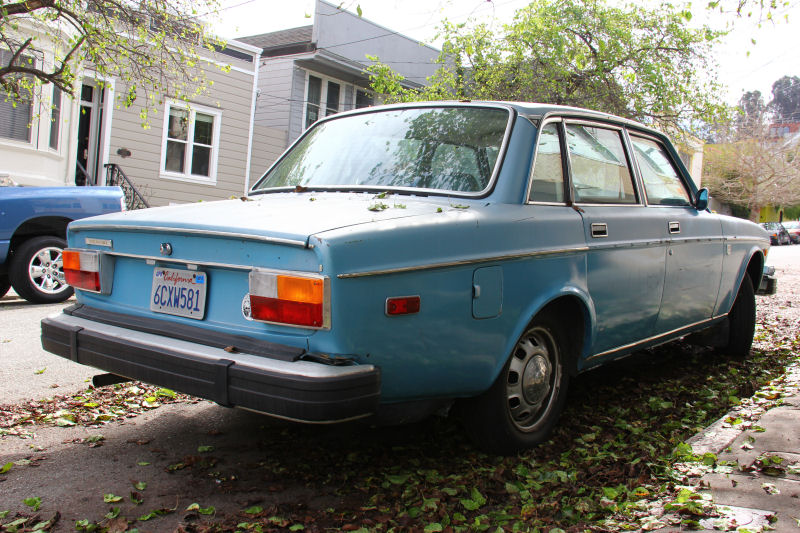 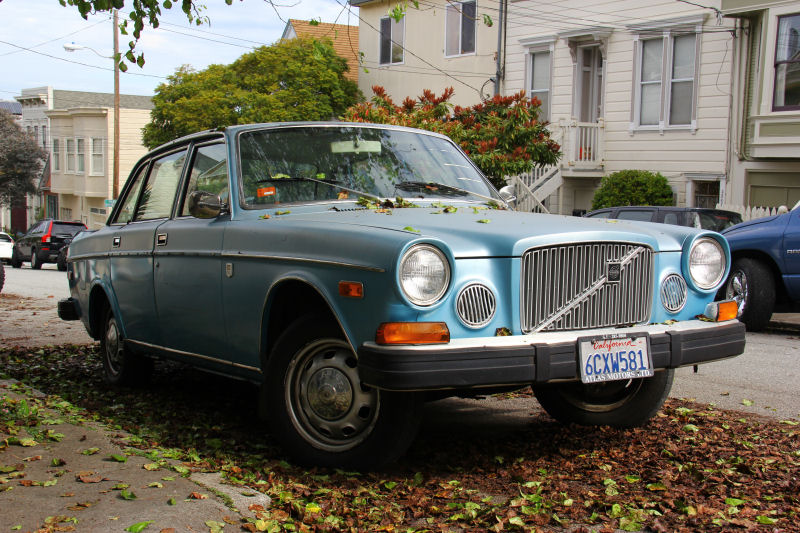 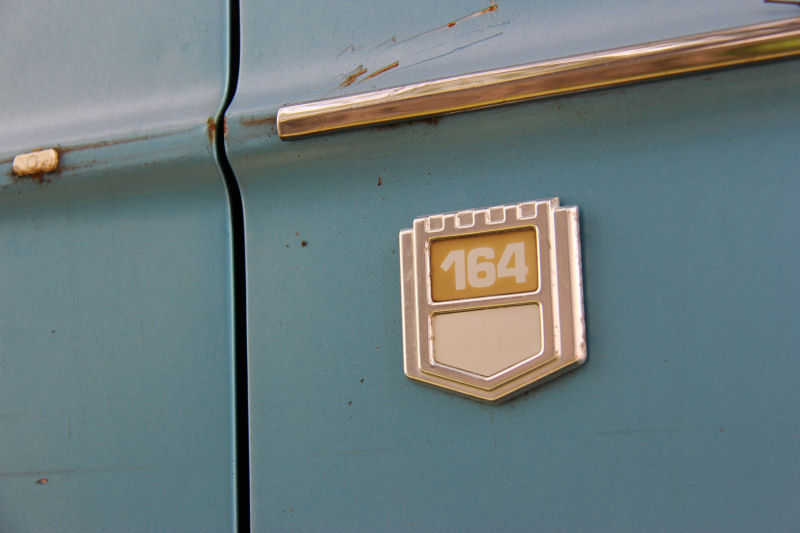 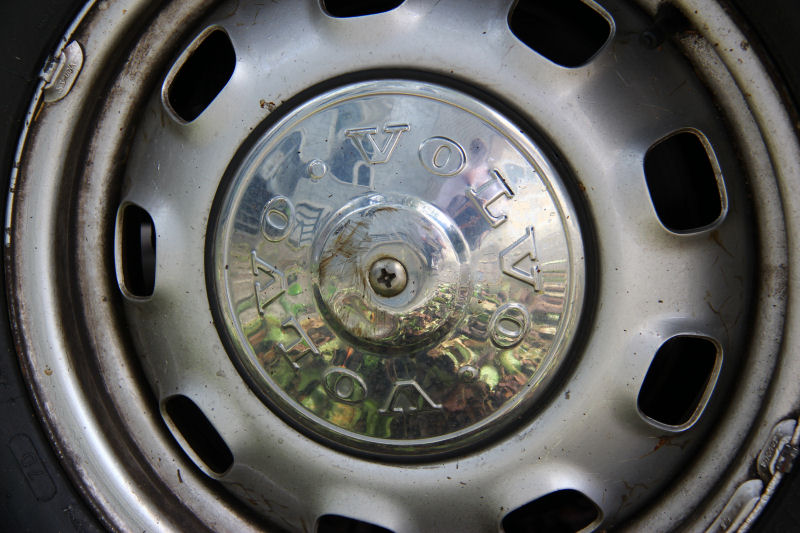 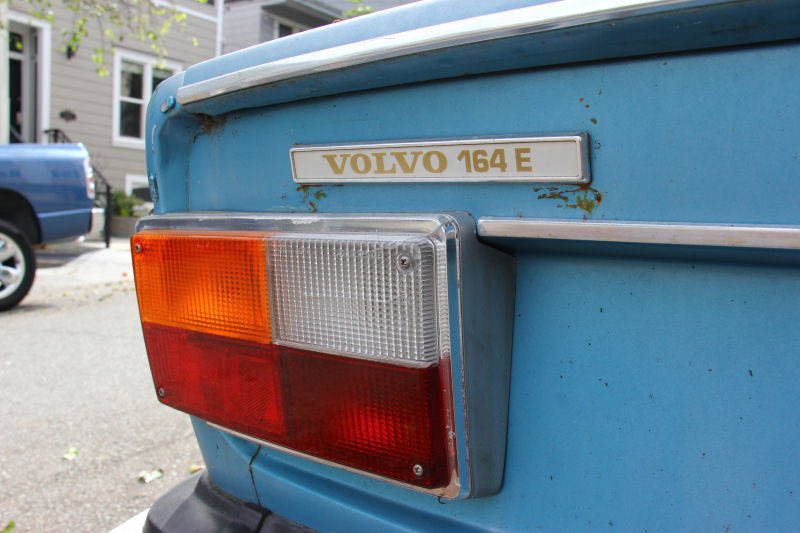 This one is generally in good shape, and I was glad to see it since I'd been planning to photograph a 164 for a long time but could rarely find one. The paint is a faded version of what was probably Alpine Blue Metallic, paired nicely with blue leather interior. The left doors show minor panel damage and the side trim is missing from the right-side doors, but otherwise the body is solid and apparently free of rust. Only little trim bits are missing, like the right-side rear bumper filler piece and the quarter panel stainless pieces on either side of the trunk lid. I've always thought these are interesting cars, more so than their dog-and university student-schlepping 140 and 240 cousins. A dent removal service, some combing of eBay and a trip to a paint shop would have this one looking almost new.
Posted by Jay Wollenweber at 12:00 AM