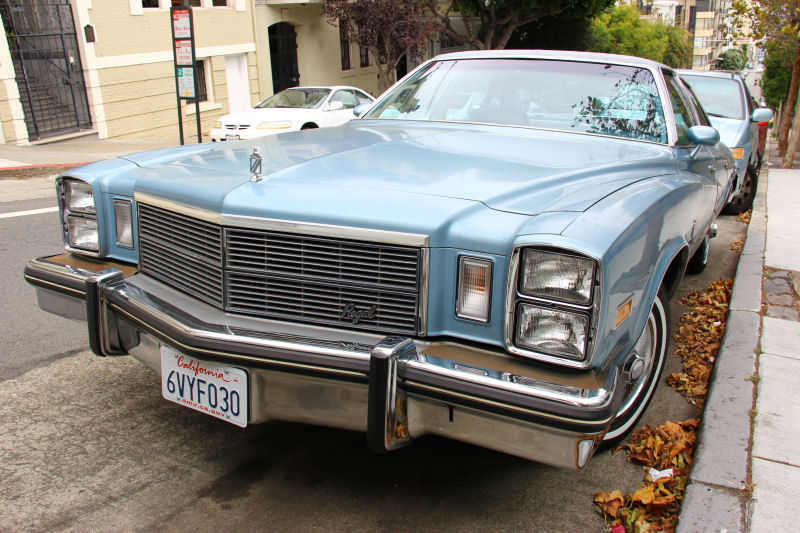 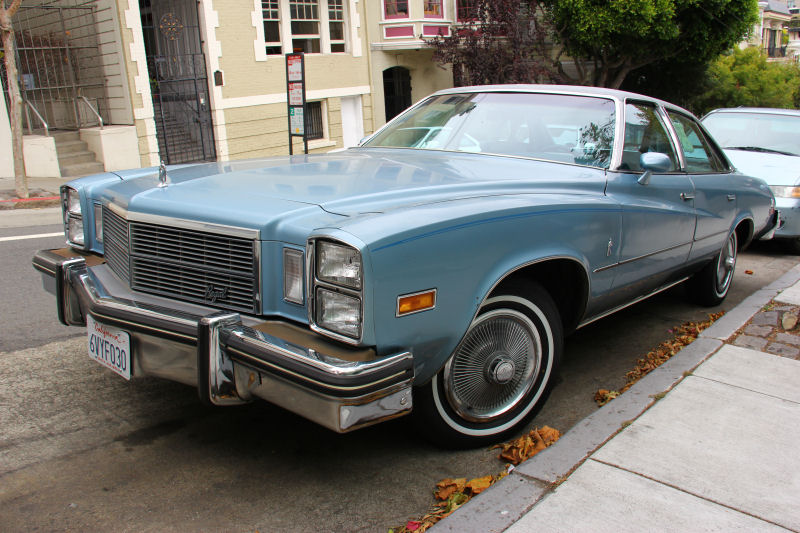 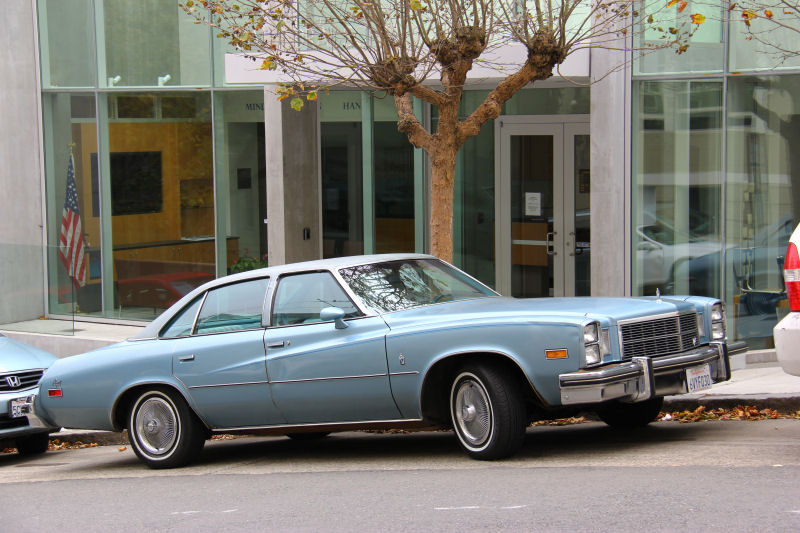 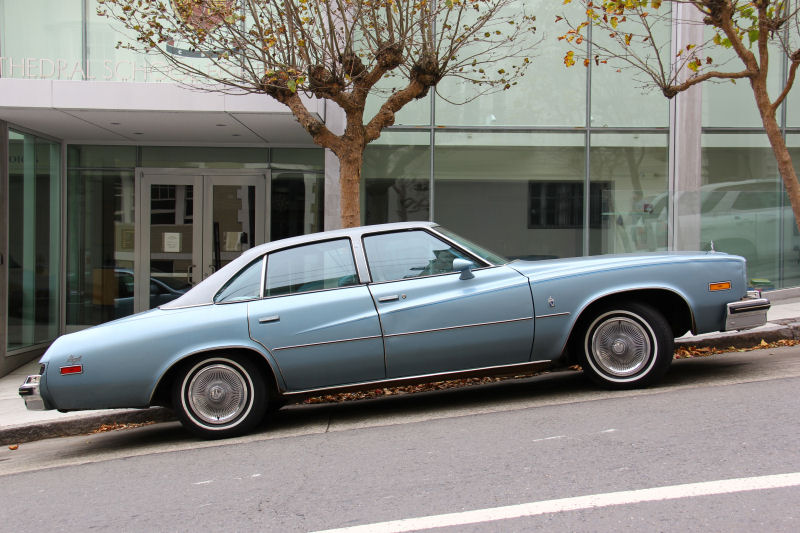 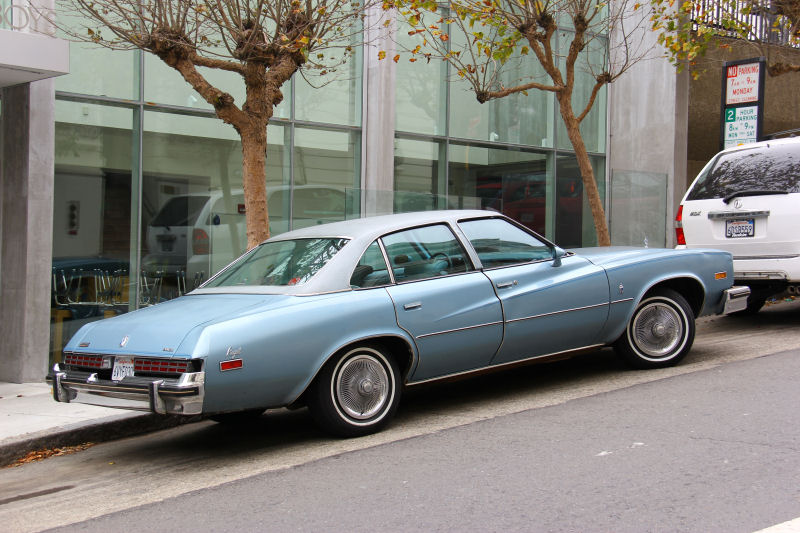 The '77 Regal was effectively a light rebadge and panel job, with a corporate body dating to 1973 and shared with the Oldsmobile Cutlass, Pontiac LeMans and Chevrolet Chevelle. The Buick was a solid middle-class family car in its day, and this one stickered for $6,957 new, nicely equipped with a V8, power door locks and a vinyl top. Inside, the driver sits on a cushy "Custom Cloth" 60/40 split bench front seat with folding armrest, color-matched to the unpretentiously named Light Blue exterior. The color looks virtually identical to my 1985 Pontiac, also simply named Light Blue. They could be the same shade. Knowing GM, they probably are - in fact, the same code 22 Light Blue Poly was still available in 1985. The only difference is that the light blue on my car never received a clearcoat from the factory (mine is code 25), which is probably why my paint baked down to chalky cracked nothing in the sun. Why GM would make a car in 1985 with no clearcoat is beyond me. 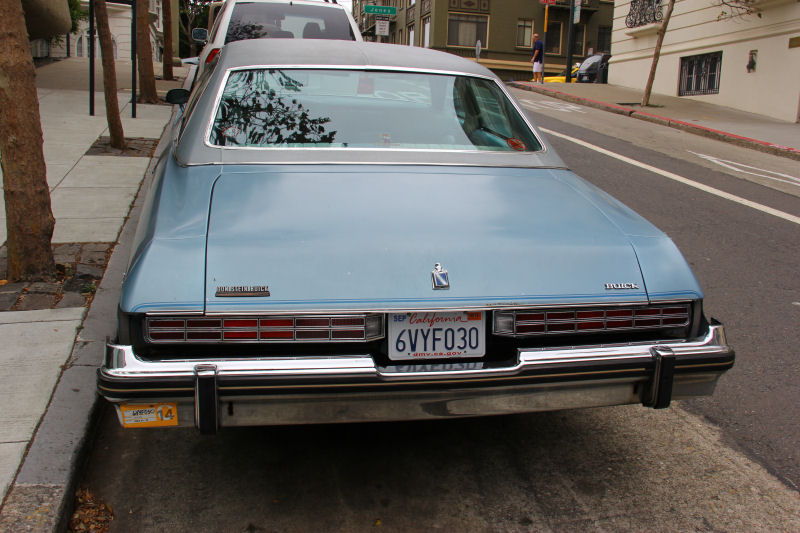 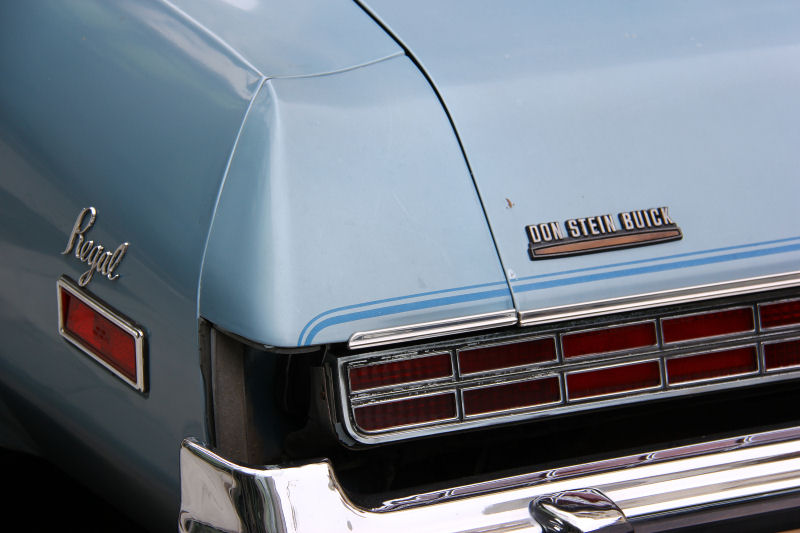 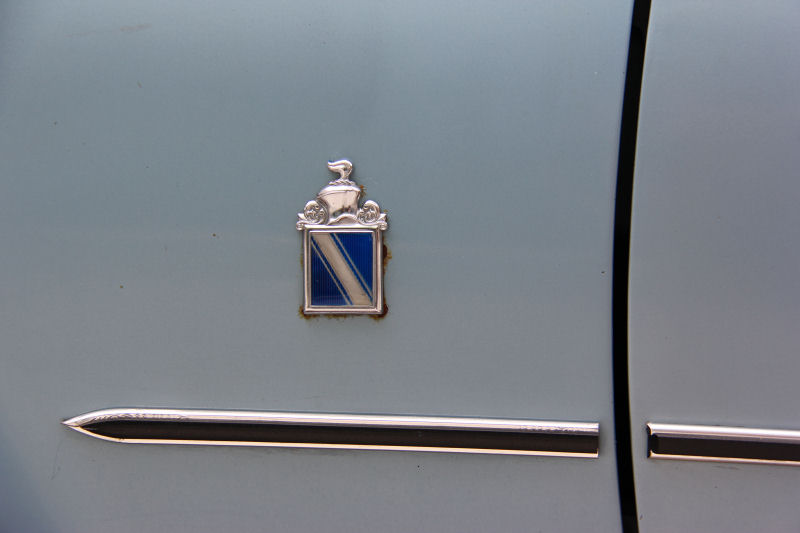 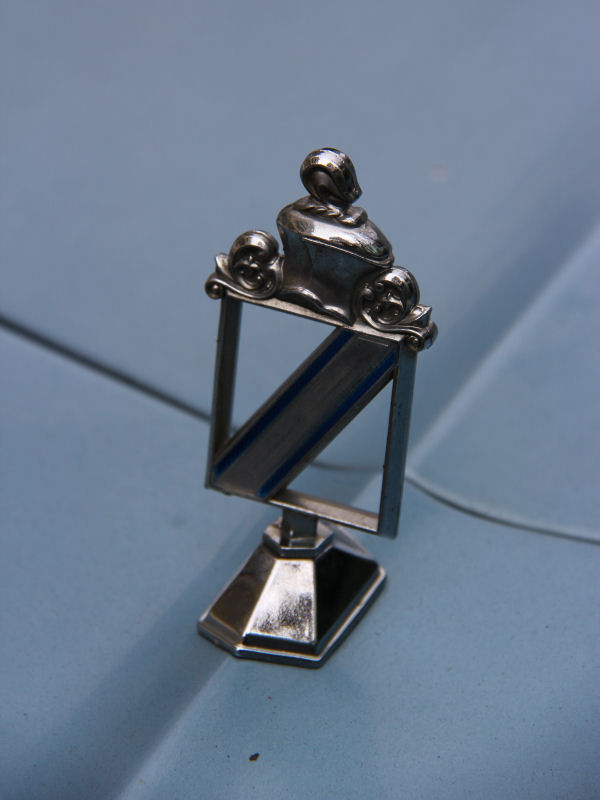 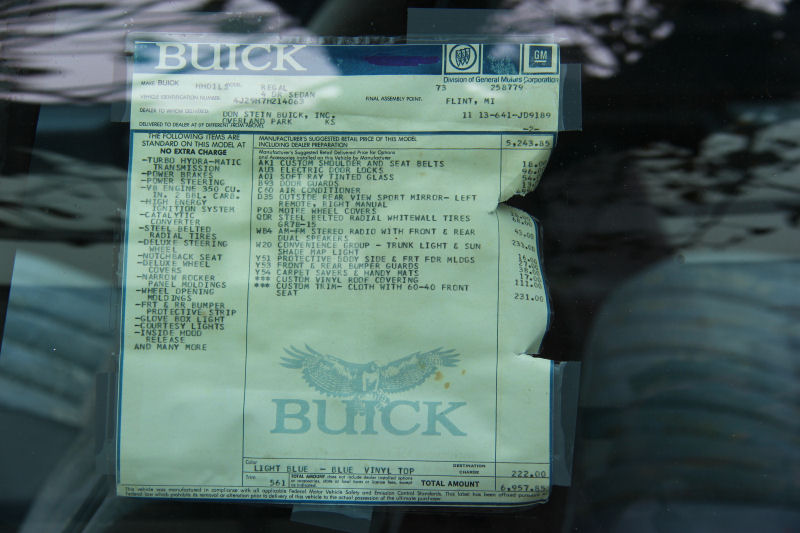 The plates on this Buick are recent but the car is all original. It's been tapped in a few places and just a touch of Midwest rust cancer is visible in the rockers just ahead of the rear wheel arch and in the bottom edge of the trunk. The right passenger door has a little damage and the fiberglass/plastic bumper gap filler panel is missing. The latter usually gets sacrificed in low-speed rear-end collisions when the spring bumper compresses to protect the rest of the car. Conversely, sometimes they just get brittle from age and sun exposure and crack apart. Otherwise the car is very complete. If the owner has enough pride of ownership to display the original Monroney sticker in the window, I'm sure he or she wants to preserve the vehicle, so I think it's in good hands.
Posted by Jay Wollenweber at 12:00 AM