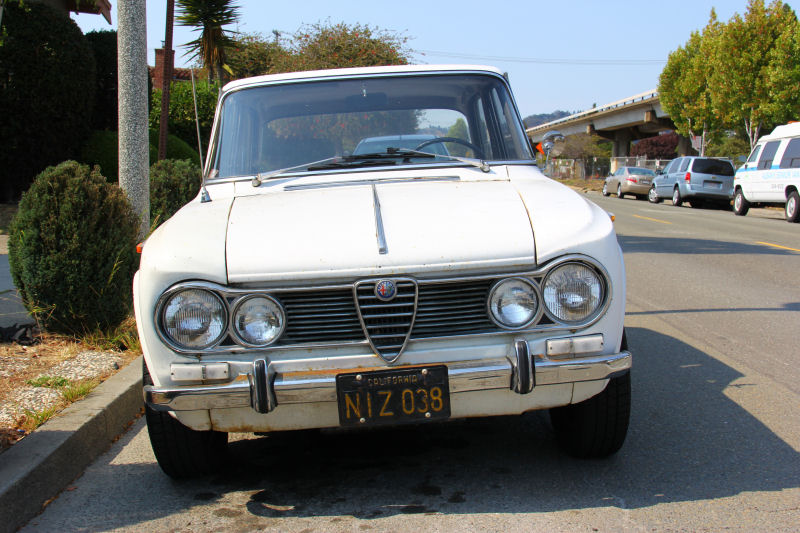 The Alfa Romeo Giulia is a surprisingly popular classic import in the Bay Area. Most of them are the sporty coupes, but there are a number of Giulia Super sedans as well. I've previously featured at least two of each, but this is the first Giulia TI I've seen. 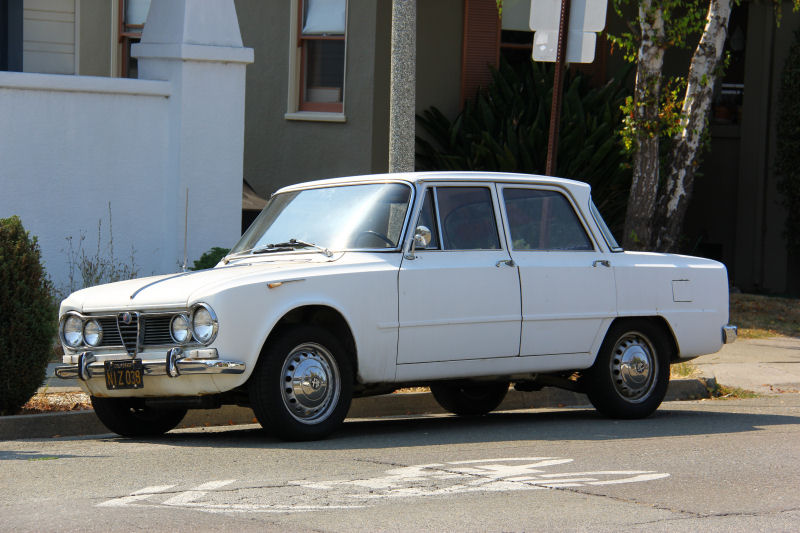 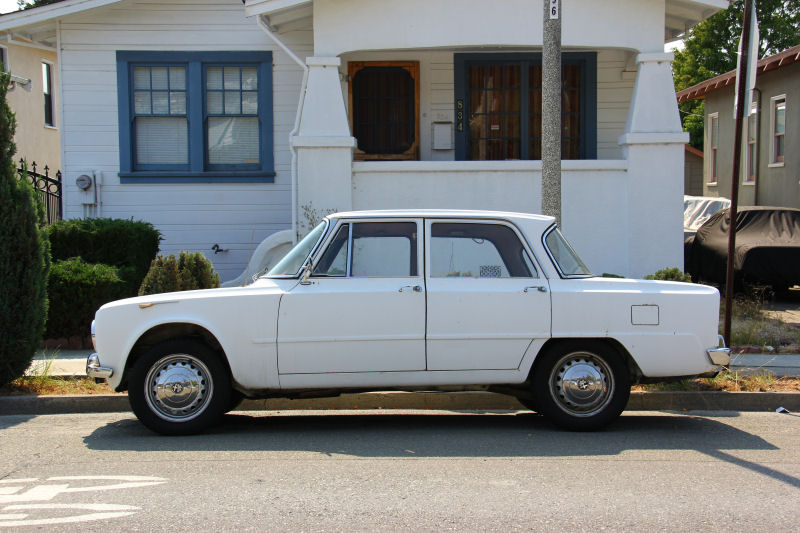 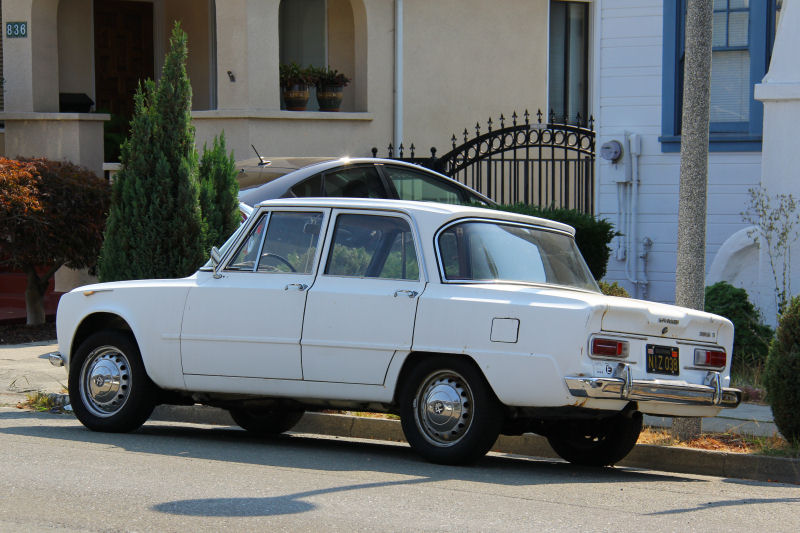 I was fascinated, not so much by the car as by the sticker on the right side of the windshield. The California Bureau of Automotive Repair Department of Consumer Affairs issued NOx System Exempt stickers back in the day for certain vehicles not required to participate in California emissions testing. This policy is still in effect in certain counties for trucks and buses but not for passenger cars (pre-1975 vehicles are exempt by default now). California enacted its first emissions testing in 1966 but it's possible that exemptions were given for some specialty vehicles unable to meet the requirements or not built to accept the smog-control equipment of the day. I doubt that Italy performed the same testing back then, so Alfas of the era probably weren't built to comply with our laws. In the 1970s California forced people to install NOx (mono-nitrogen oxide) systems on used cars to bring them up to pollution control standards. If I understand correctly, vehicles with multiple carburetor setups or oddball mechanical advance distributors could be exempted because the system didn't fit. 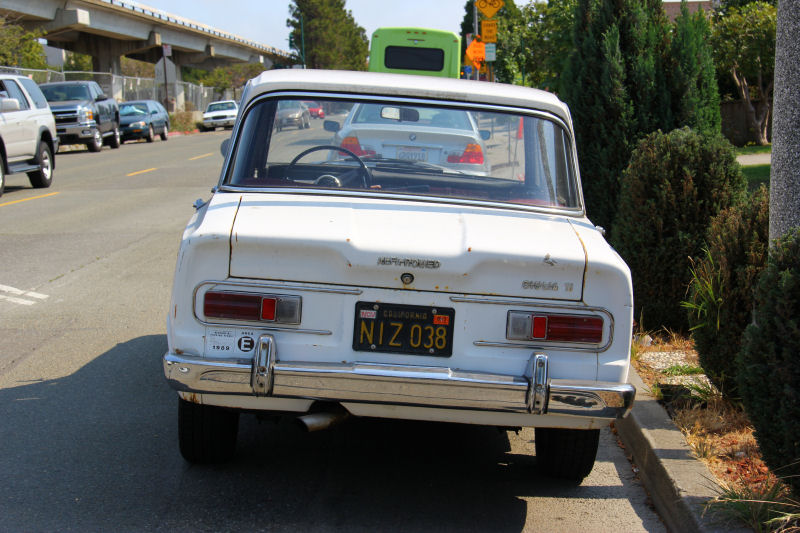 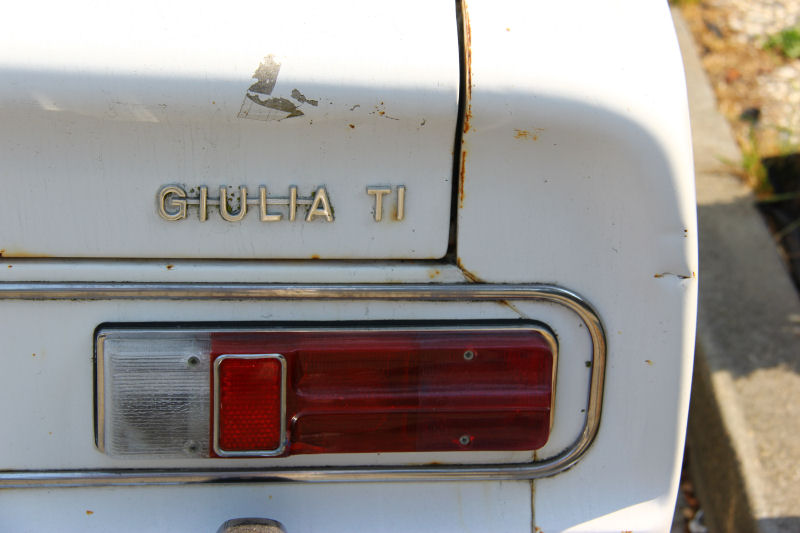 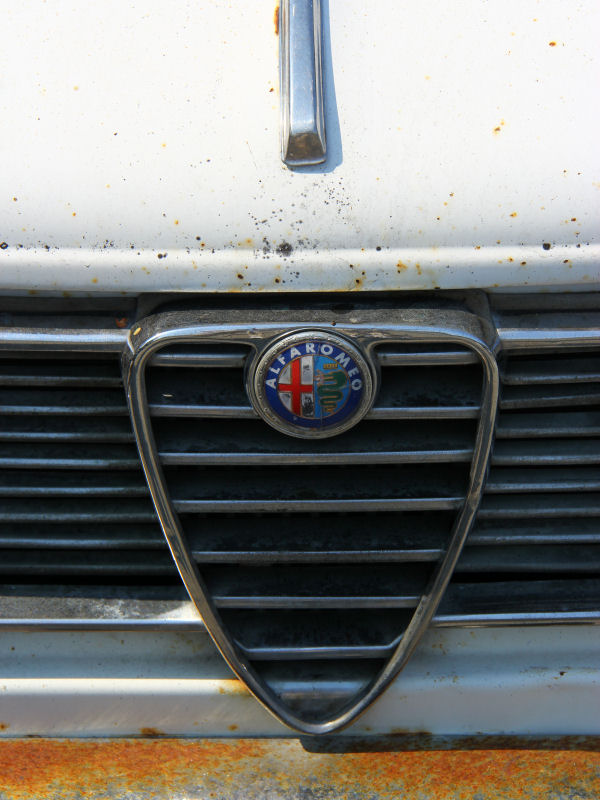 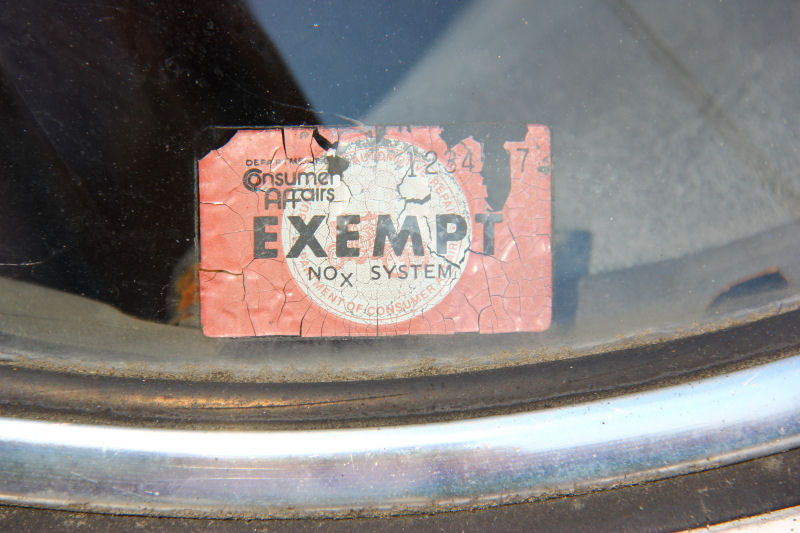 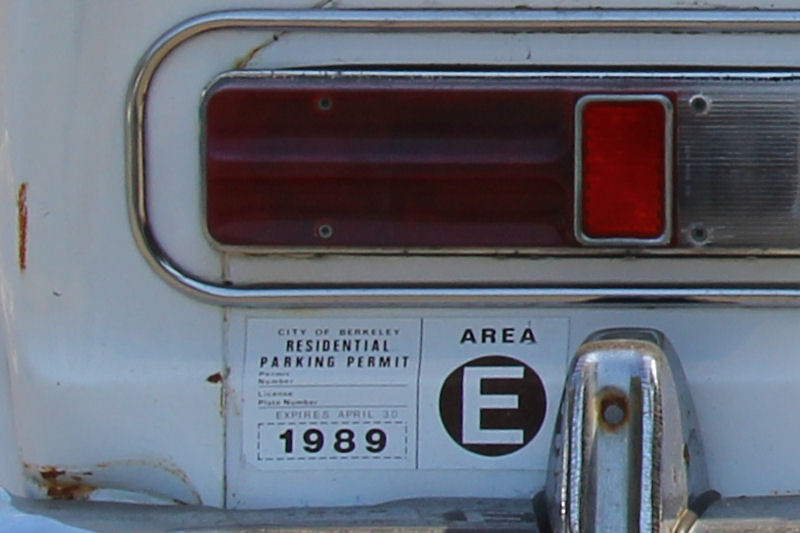 In case you're wondering what TI stands for, it refers to the Turismo Internazionale class of Italian saloon car racing. Wikipedia says the Giulia TI was the only version sold at launch in 1962, then a higher-performance TI Super was introduced in 1963. Eventually the Super became the mass-market version and the TI was the base model. This one appears to be a Series 1 car produced somewhere between 1962 and '65. I've seen pictures of it on Pinterest, labeled as a 1962. From what I can see of the interior, it appears to have the early-style strip speedometer instead of three round dials like on later, and sportier models. I can't actually see the gauges, but the top of the dashboard is a little more squared-off on cars with the strip. The Club on the steering wheel obscures one's view some, but it appears to be a floor-shift car, which would place it around 1964 or later. Chrome strips on the cowl vents are 1964+ items, and the C-shaped chrome pieces around the taillights went away with the introduction of the second series in late 1965 or '66.
These Giulias are cute, honest little Italian family cars, light and zippy and even with just 1.6 liters on tap, a TI is still able to muster 105 mph. They were very popular in their day with the Italian Polizia! This one is kept simple in plain white with typical coastal surface rust but nothing that appears particularly serious. Aside from the aforementioned NOx Exempt sticker, I also like the Berkeley residential parking permit that expired in 1989. Vintage black plates look like '65 or '66 issues - they could be original, if in fact it is a '65 model. If I got anything wrong, please feel free to correct me. It's a little hit-or-miss when I have to cobble together research on model years from the Internet Movie Car Database, BringATrailer and owners' forums.
Posted by Jay Wollenweber at 12:00 AM