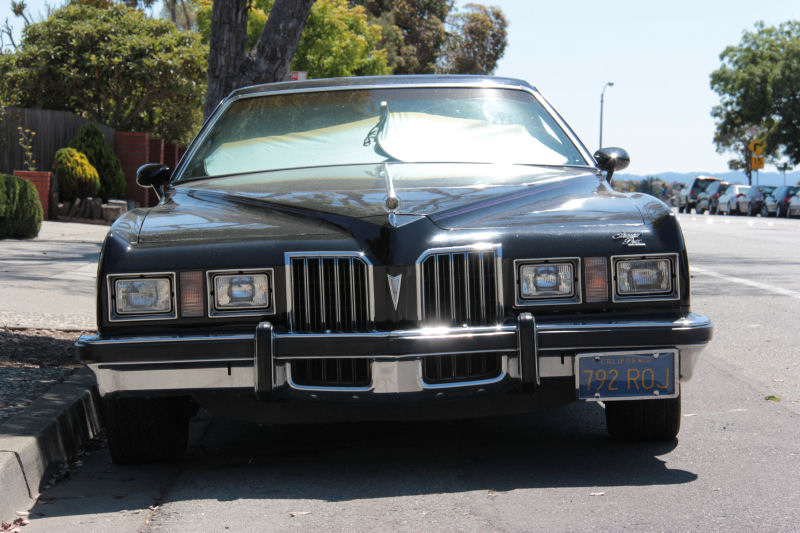 My previous post about the 1979 Chrysler 300 discussed the Malaise era's idea of a personal luxury car. Fake wood, hood ornament, baroque detailing, padded vinyl roof, you name it. Exotic, expensive-sounding European name? You got it. Take a look at the 1977 Pontiac Grand Prix SJ and you get all those things. And much like the 300 was a sport version of the Cordoba, the SJ was the sport version of the Grand Prix. 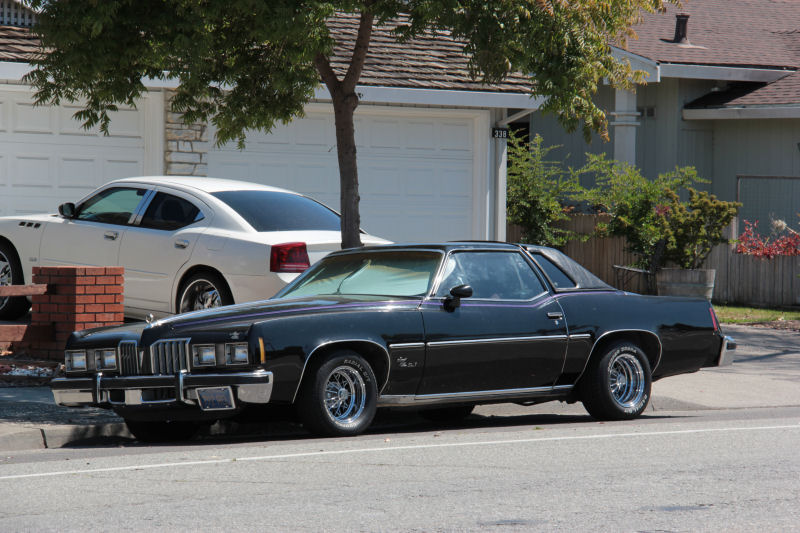 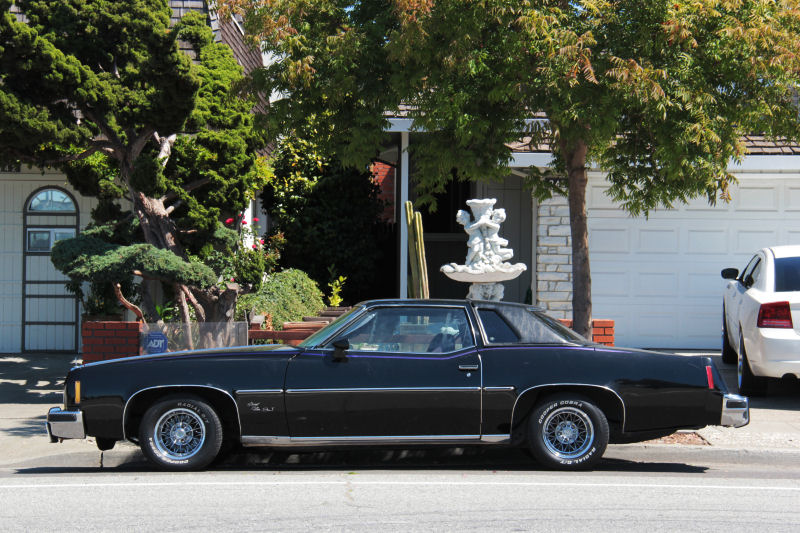 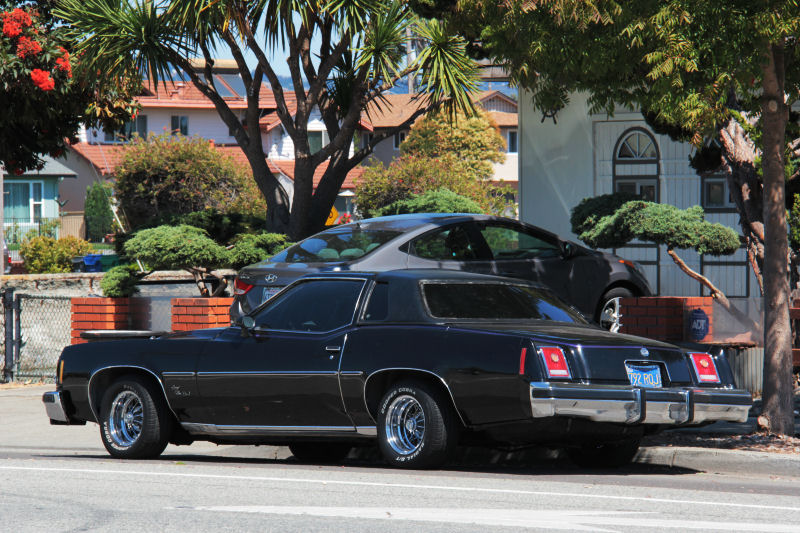 For 1977 the Grand Prix could be had in three versions: J, LJ and SJ. The J naming scheme was left over from the late 1960s when GM thought they were being clever, using the Duesenberg Model J as inspiration. Where the Pontiac was concerned, J was the base model. LJ was the luxury trim, while SJ was the sporty model that came standard with a 400 cubic inch V8. Well, in 49 states it did. The 1977 Pontiac V8s could not comply with California's unique emissions laws, so Oldsmobile or Chevy V8s were substituted, including an Olds 403 in place of the Pontiac 400 in California-bound SJs. None of the available engines produced more than 185 horsepower from the factory, nor was a manual transmission available. GM actually got sued by angry customers because of convoluted engine fitment due to supply problems and emissions laws. 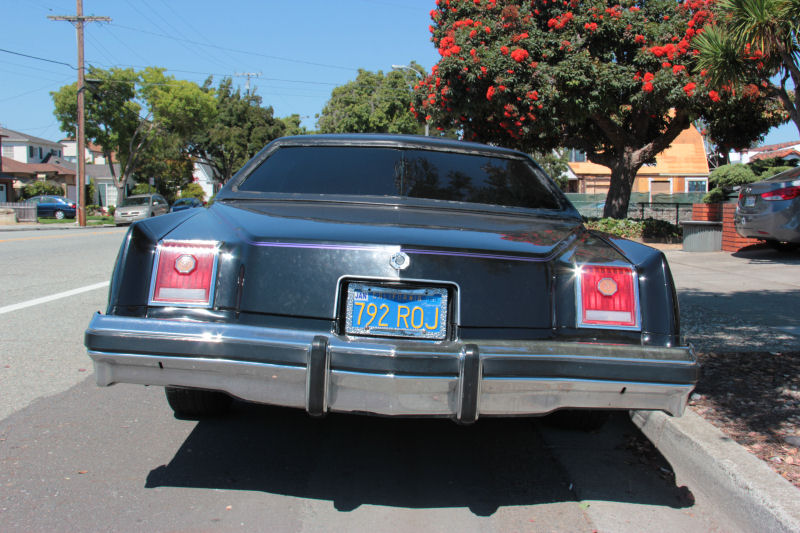 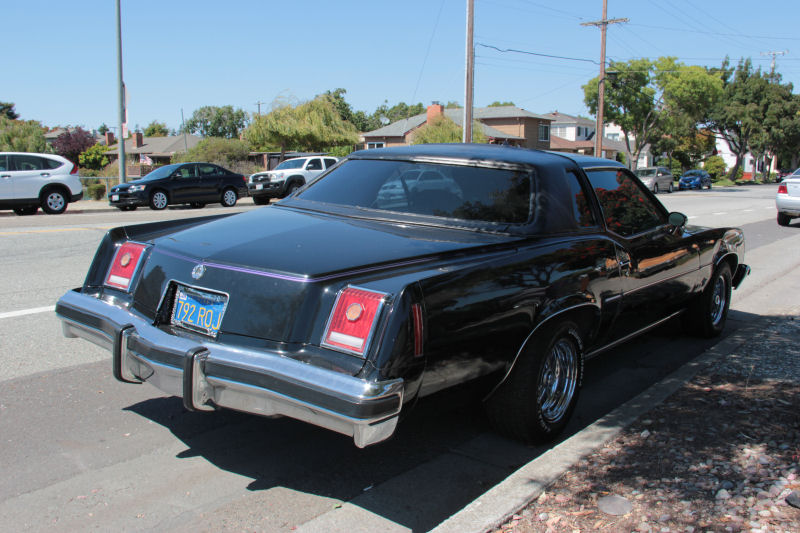 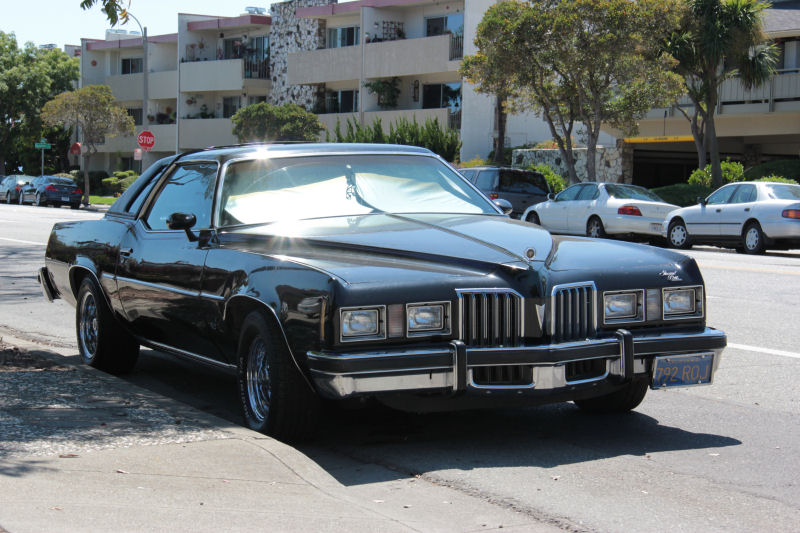 Regardless, GM must have done something right. They moved 288,430 Grand Prixs in 1977 alone, a sales record that would never again be matched. The SJ performance version alone sold 53,442 copies. It was the end of an era, with the storied Pontiac 455 V8 gone after '76 and the final year before the Grand Prix would be downsized onto the new G-platform with smaller engines. 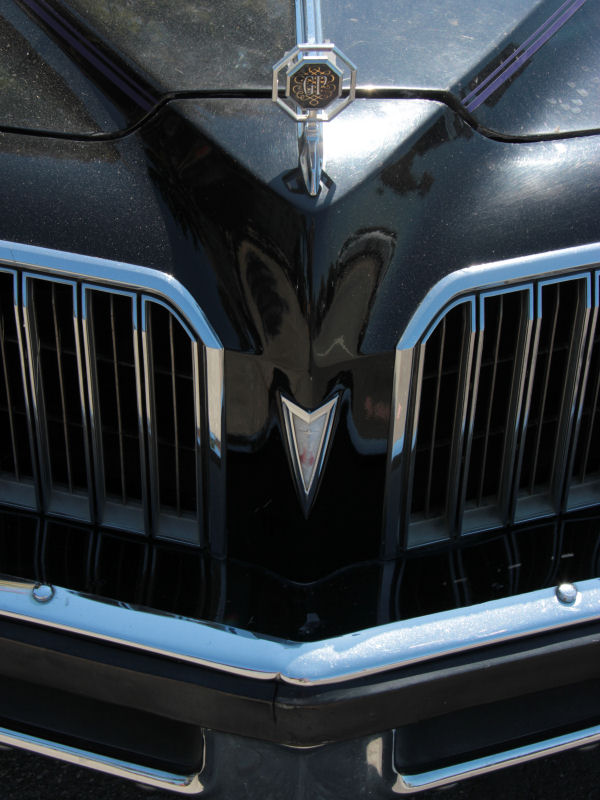 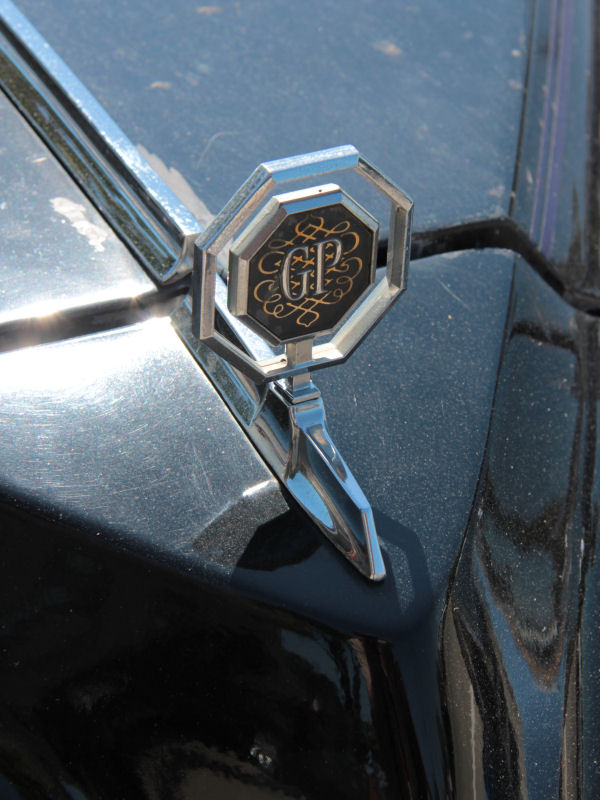 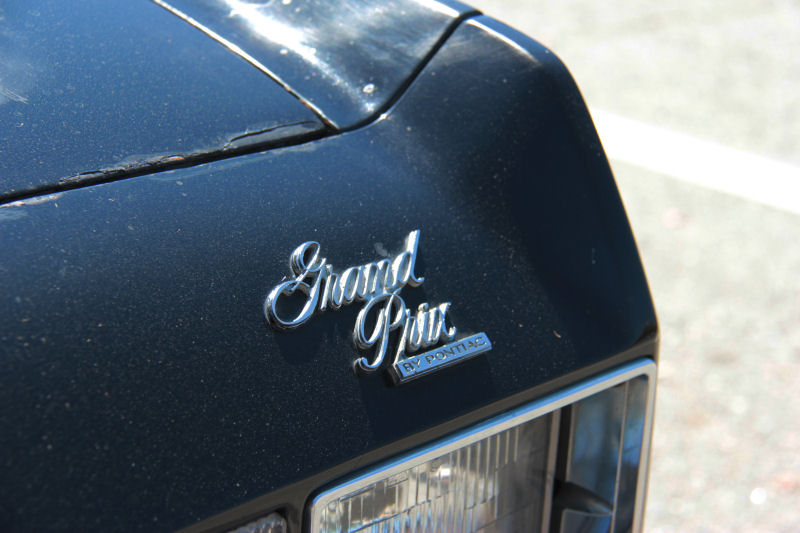 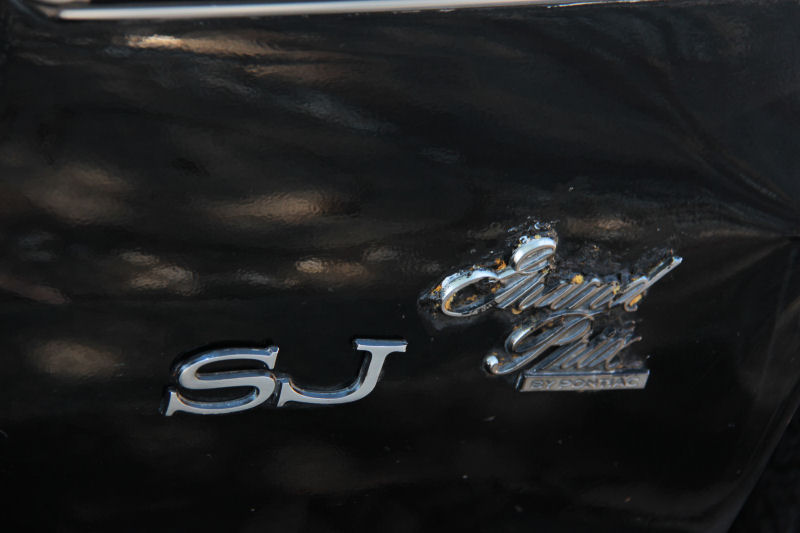 This SJ looks pretty tough in gloss black with a black vinyl half-roof and wire wheels shod in wide Cooper Cobra tires. Interestingly, the owner has chosen purple pinstriping along the beltline. I would have expected red, white or gold. The car wears its black paint well, but it appears to be a repaint. There's a lot of orange peel effect and a strange gloppy mess around the driver-side fender badge. I can't tell if the badge was glued on with a yellow adhesive or if the car was originally painted Goldenrod Yellow or Cream Gold. I kind of like the wheel style and sidewall ratio, but the wheels and tires look surprisingly small in those huge wheel wells, like maybe 14 inches. Normally I'm not an advocate for bigger wheels, but I'll make an exception if the existing wheels are smaller than stock size. I can't help wondering if it needs a set of factory 15-inch Pontiac Rally IIs with white-letter or thin whitewall tires. But I definitely think black is the way to go, because it looks badass on a car like this. Even with purple pinstripes.
Posted by Jay Wollenweber at 12:00 AM