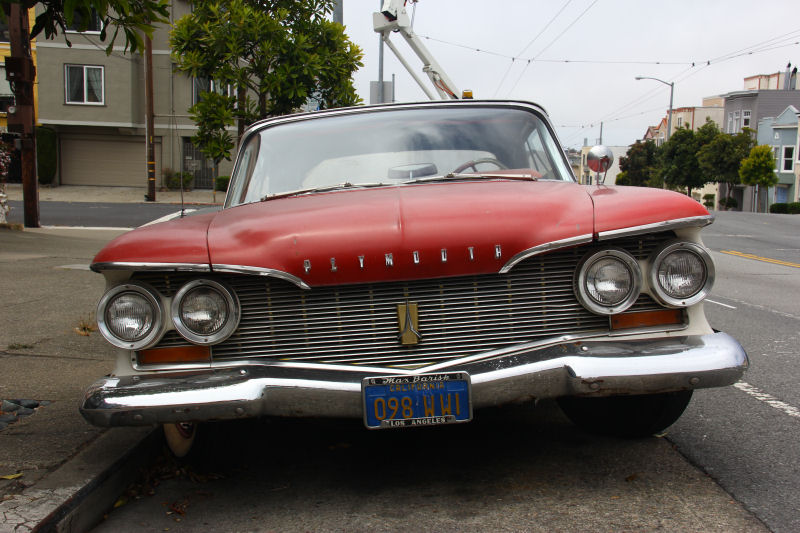 This week we're taking a look at some more of the fleet belonging to the San Francisco car collector I like to refer to as Fifties Guy. This one isn't from the fifties, but it is a Forward Look Mopar. Fifties Guy seems to really love his finned Mopars, and this 1960 Plymouth Fury convertible is nothing short of spectacular. 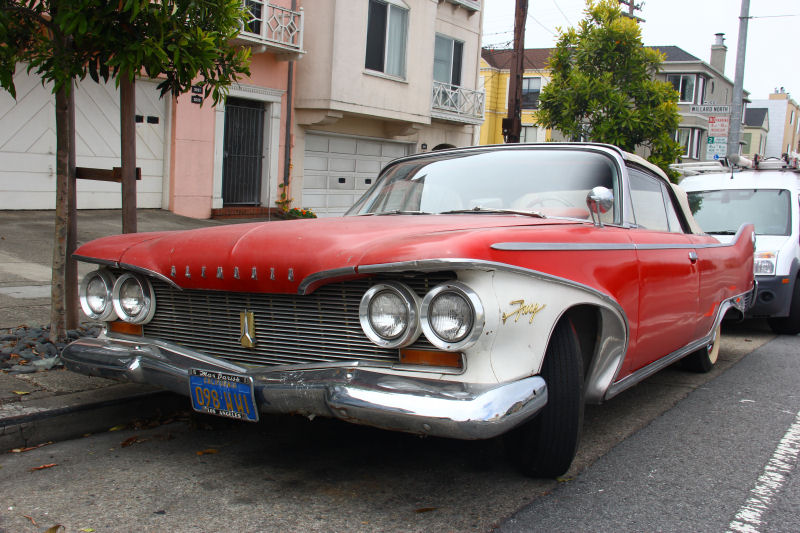 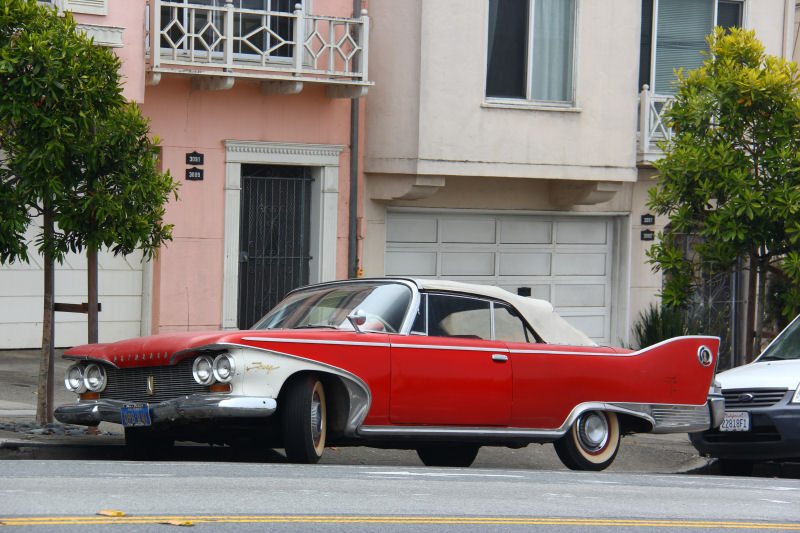 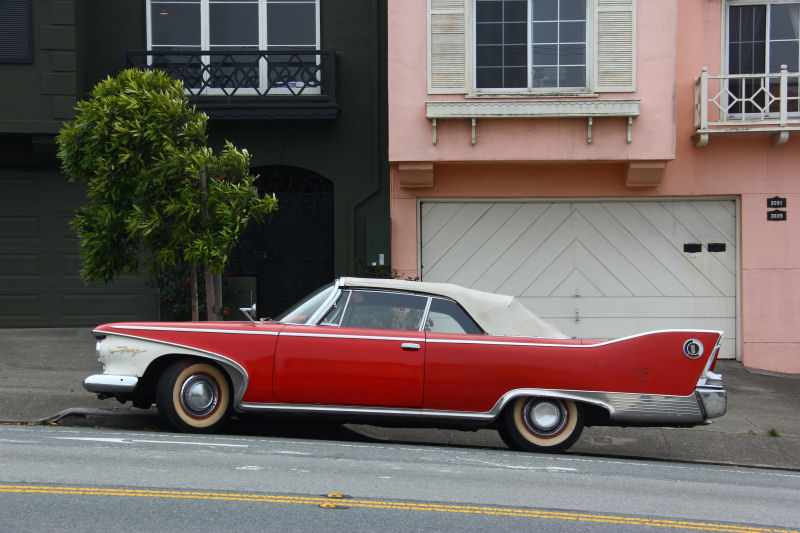 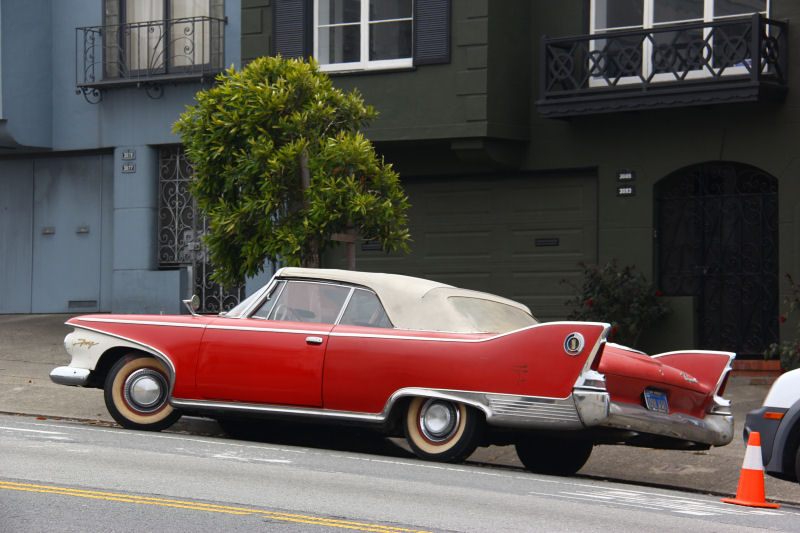 The Fury was the highest-spec Plymouth available in 1960, and it came with new unit-body construction, special side trim and optional two-tone paint. The existing Golden Commando 361 V8 engine continued, but a new SonoRamic Commando 383 V8 was offered which employed a ram-air intake system for higher performance. Most Furies were offered with a choice of the new economy 225 slant-six or one of the various 318, 361 or 383 V8s, but the convertible and station wagons were V8 only. Taking a page from the luxury Imperial's book, Plymouth installed an unusual quartic steering wheel with clear plastic rim and a faux spare tire hump on the trunk lid. The strip speedometer was housed in a separate pod on top of the dash. Swiveling front seats were another option for easier entry and exit, and power windows were offered. These cars were also available with an RCA 45 rpm record player mounted under the dashboard. My car has a six-CD changer in the dash; the one in the Fury could hold fourteen records. And of course the tail fins were still there, but only for this year. The 1960 Plymouth's "vertical stabilizers" claimed to reduce the need for steering correction in crosswinds by 20 percent. 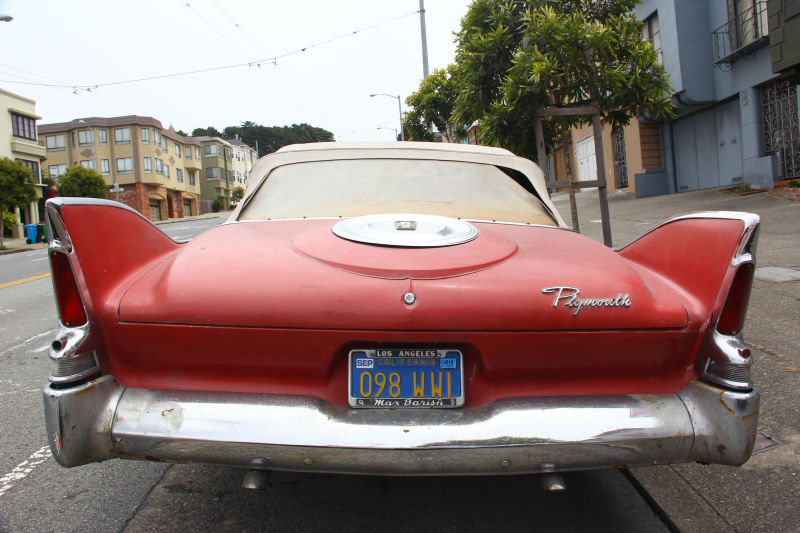 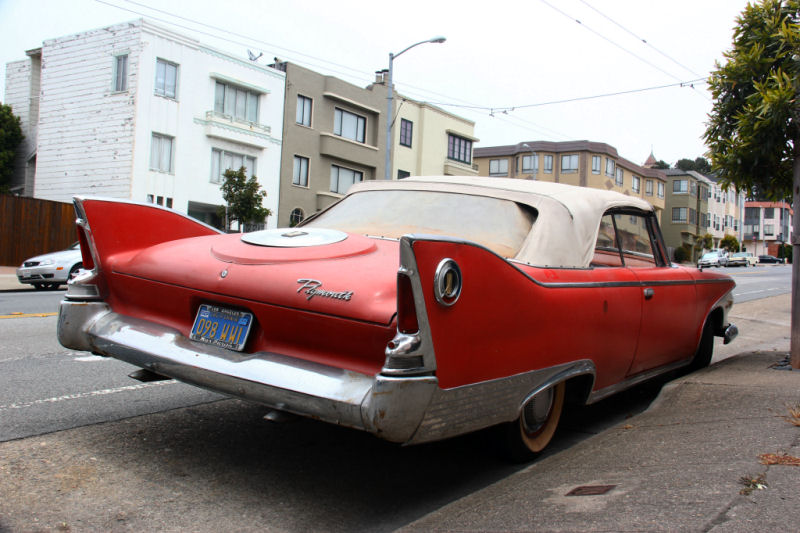 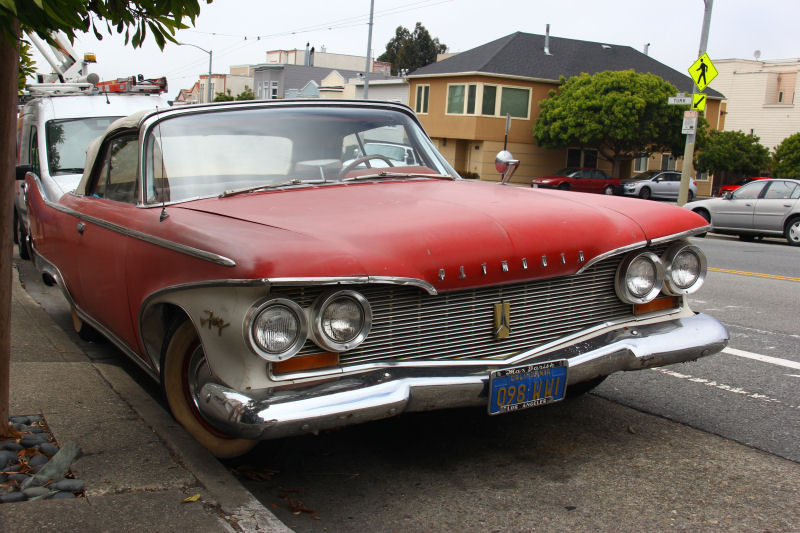 This car is one of 7,080 Fury convertibles built for 1960. From what I can see of this one, it looks like a lightly-equipped car, considering that the convertible was a halo model. There is no engine callout badge on the fenders, suggesting perhaps a 318 V8. The 361 Golden Commando and 383 SonoRamic Commando each had their own unique badges. It has crank windows and no record player, and appears to have a single manually-adjusted side mirror (two pillars on the mirror stem rather than three for a power mirror) though it does appear to have the pushbutton automatic transmission. Is that a CB radio under the dash? 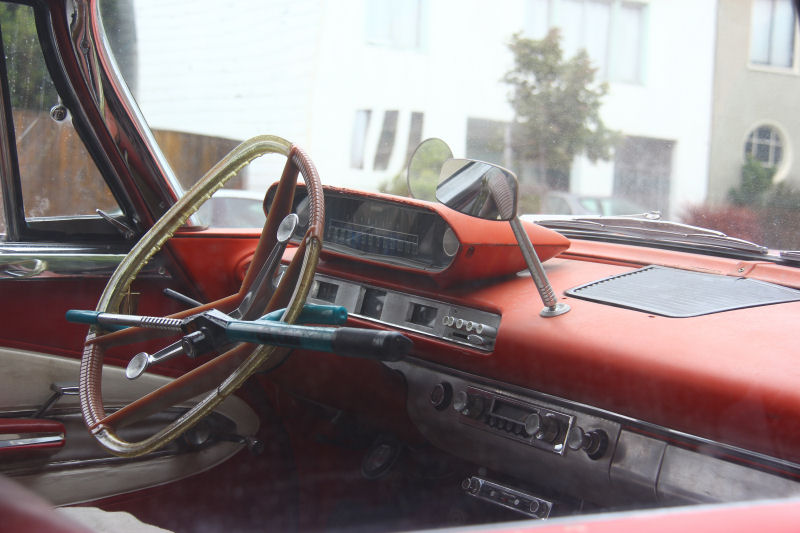 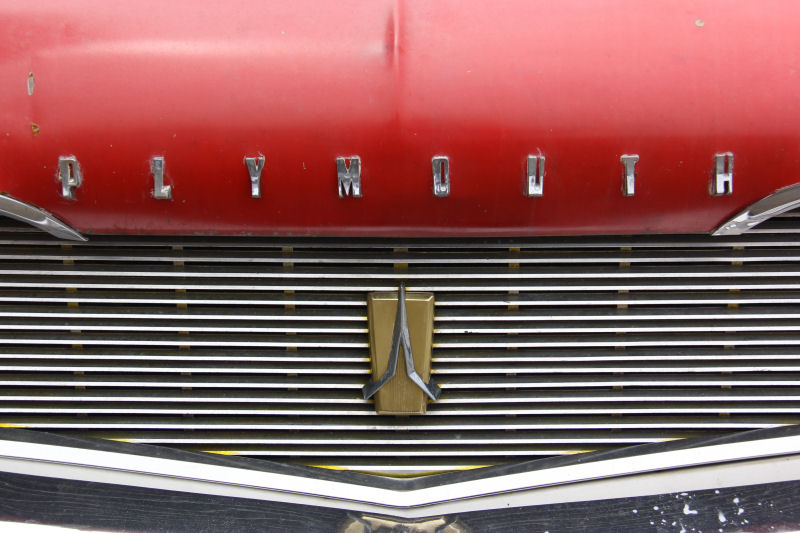 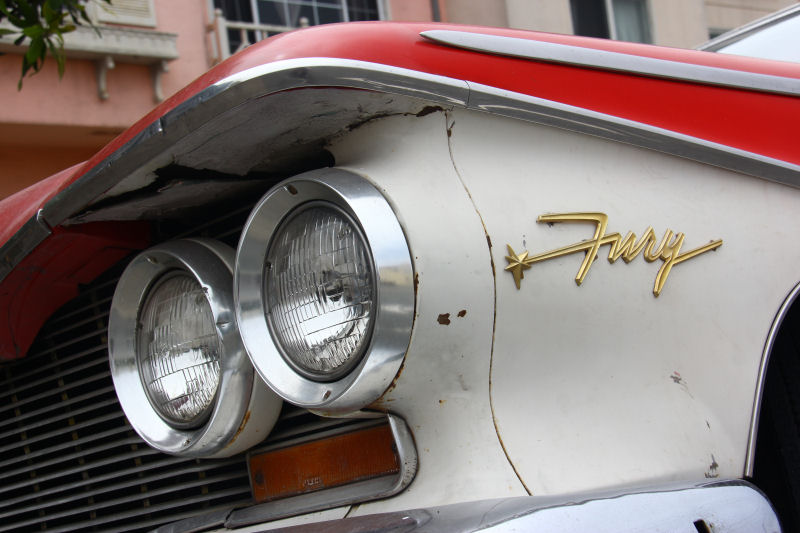 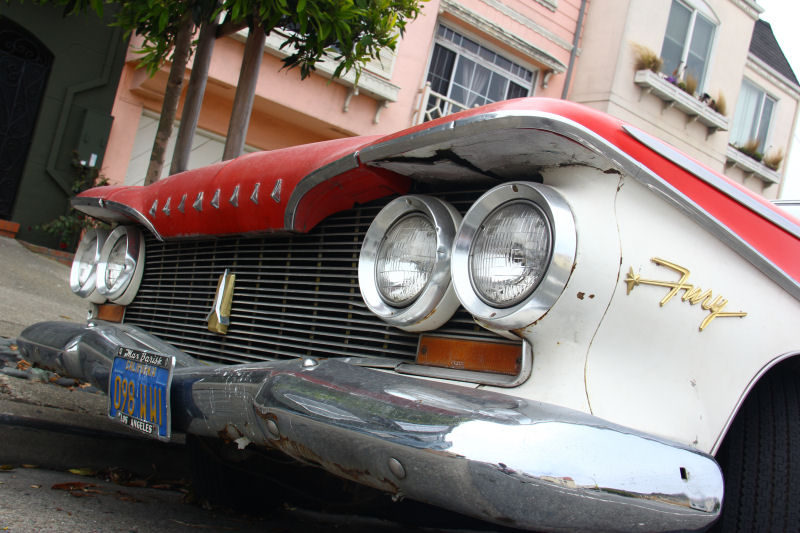 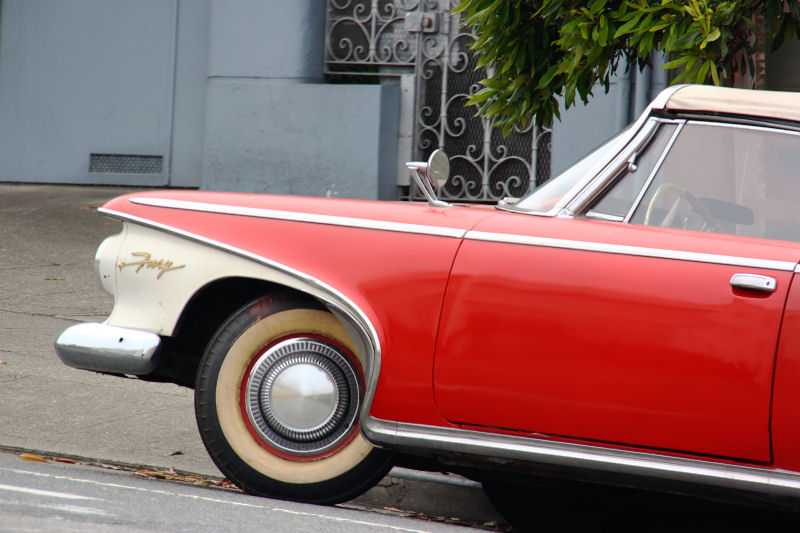 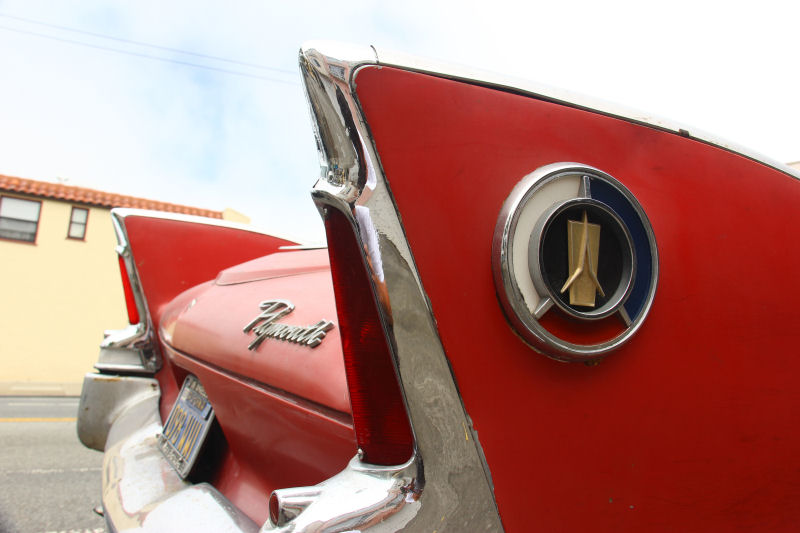 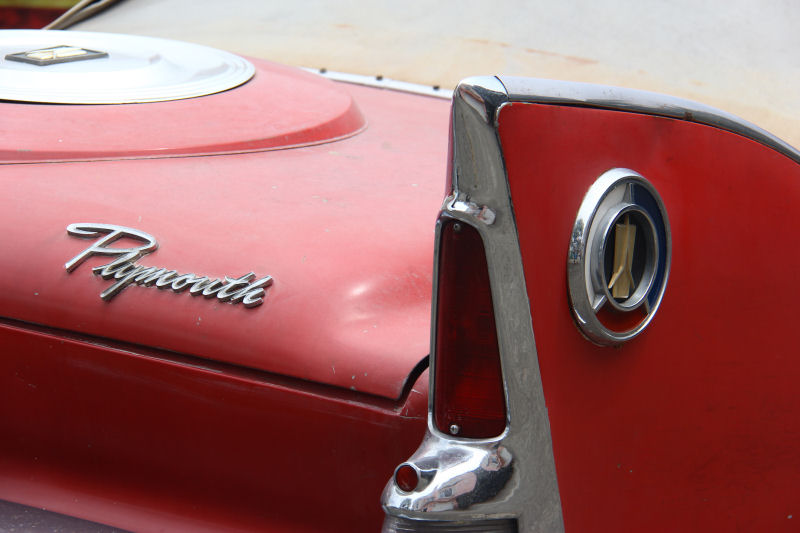 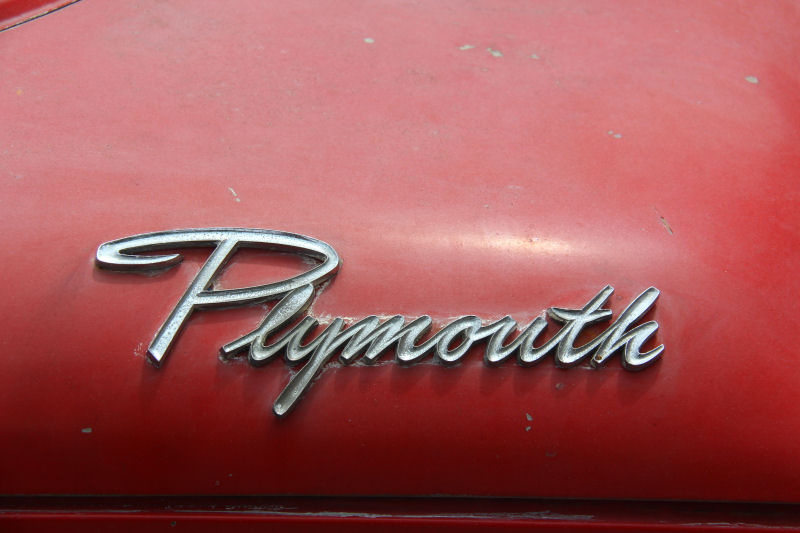 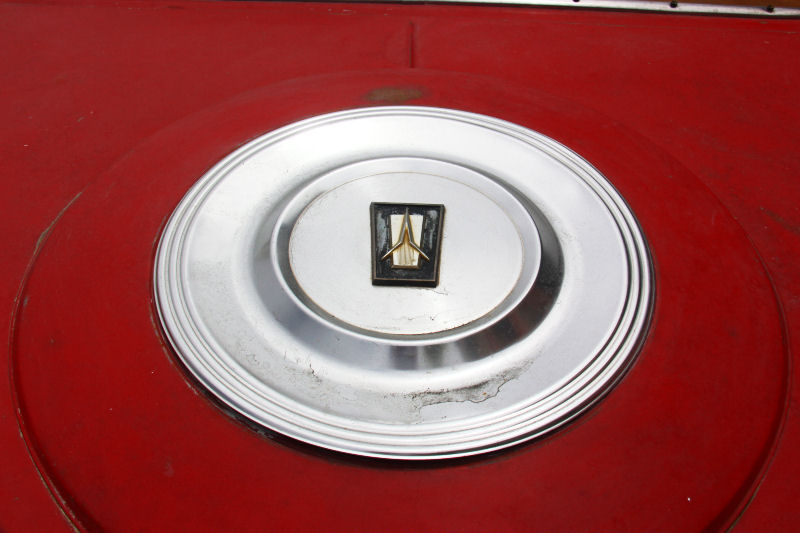 This one is visually very similar to the Fury in the Blackhawk Museum collection, finished in Plum Red over Oyster White. The only differences are wheelcovers instead of (Kelsey-Hayes?) wire wheels, a lesser engine (the Blackhawk car has the SonoRamic Commando) and in daily driver condition. The museum car is beautiful, yes, but I'd be afraid to touch it let alone drive it. This one looks like you could drive it anywhere with the top down all day long.
Posted by Jay Wollenweber at 12:00 AM