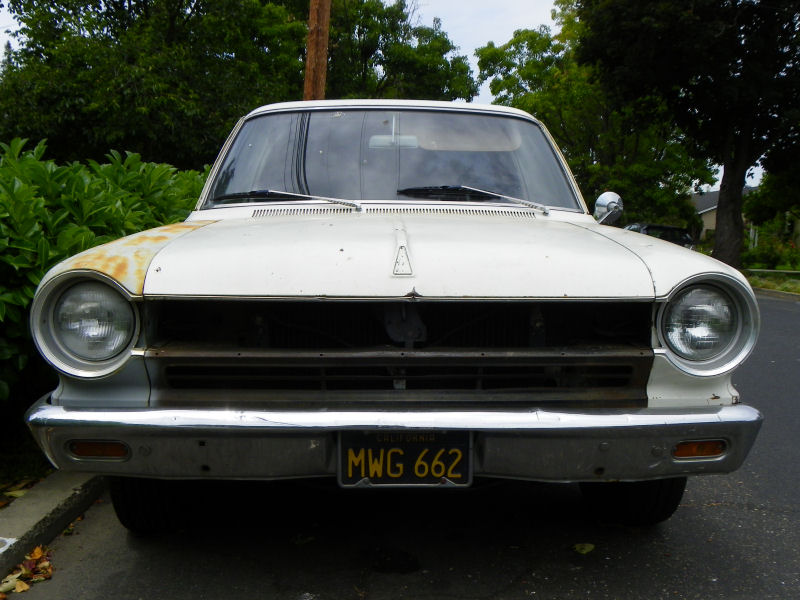 I always love a little AMC, and sometimes what I find is literally a little AMC. This is a 1964 Rambler American 220. 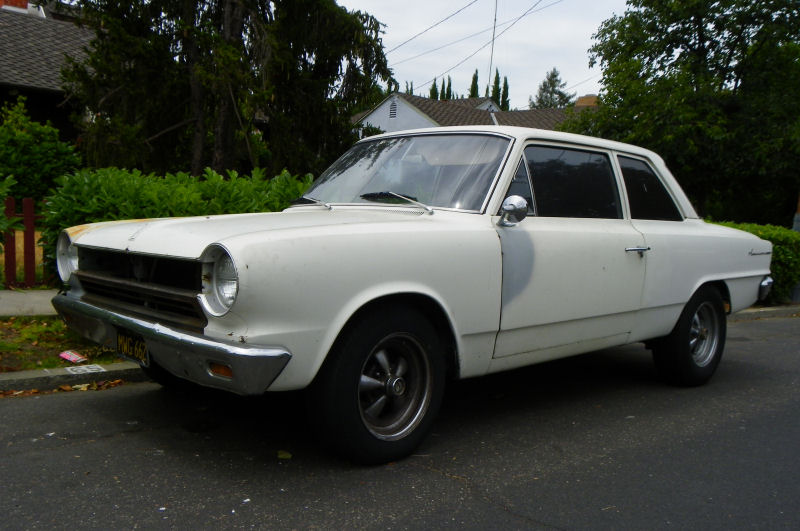 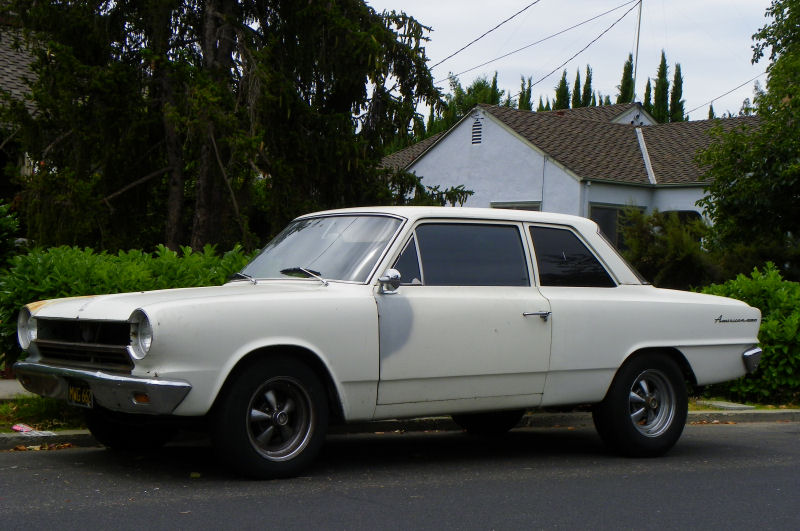 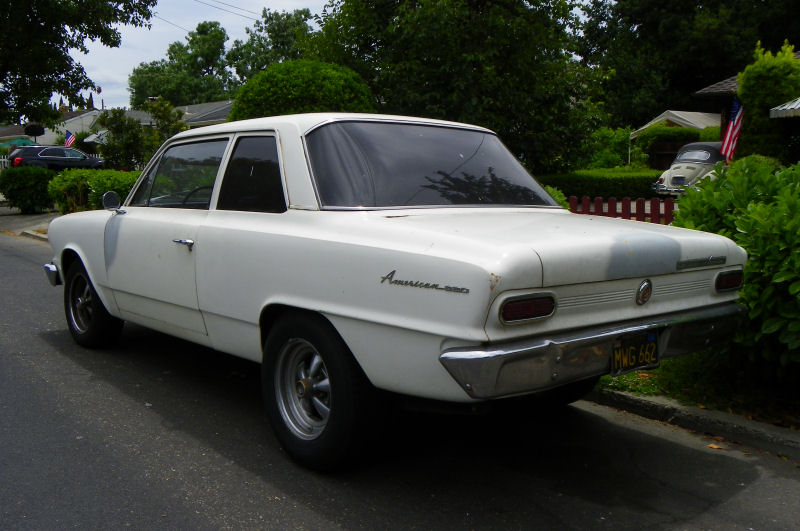 The 220 was the base trim level of the American, and the American was frequently the cheapest domestic car sold in America. So this car was one of the most attainable new vehicles available in 1964. A low cost of entry and a handsome, sporty-looking new body meant buyers had room to make the car their own without paying a premium for a new Mustang, Corvair or Barracuda. The weak area in '64 Ramblers was power -- the small budget for development meant the old 195.6 cubic-inch straight-six engine, originally a Nash design dating back to 1941, continued in the new car for another year. Americans for '64 were available with three different versions of the engine: an iron-block flathead economy model; new iron-block overhead-valve model; and aluminum-block overhead-valve with iron cylinder sleeves and iron cylinder head. These engines ranged from 90 to 138 horsepower, enough to propel the small car but not especially quickly. 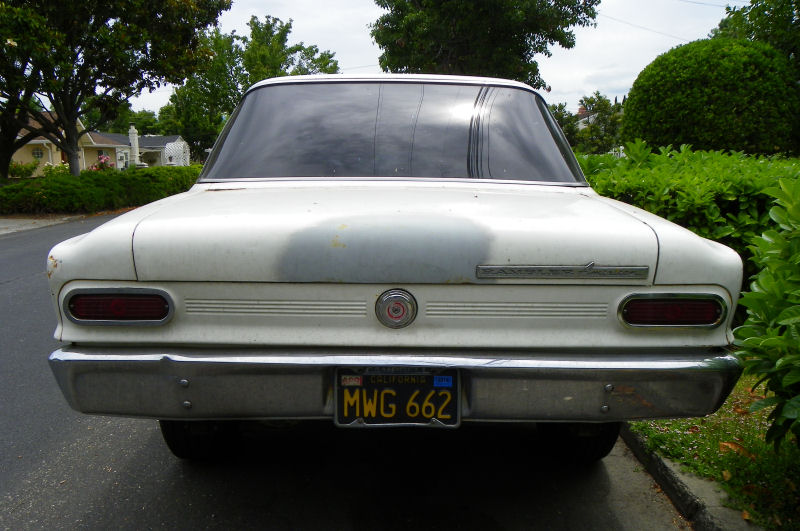 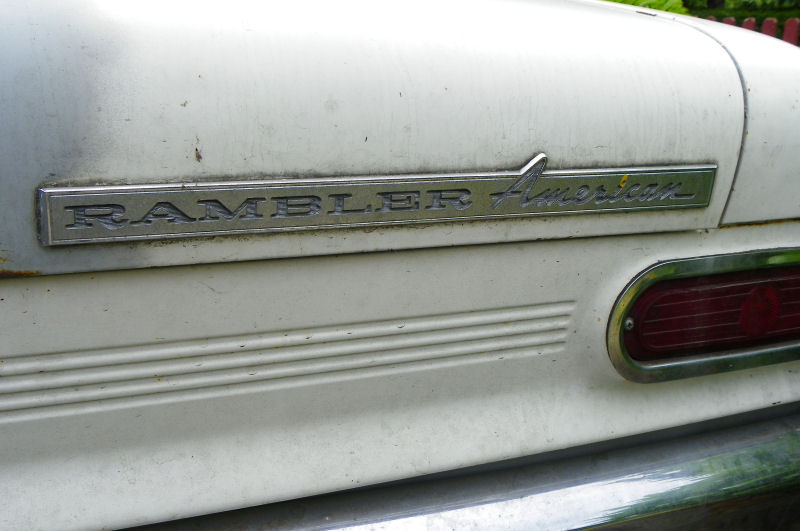 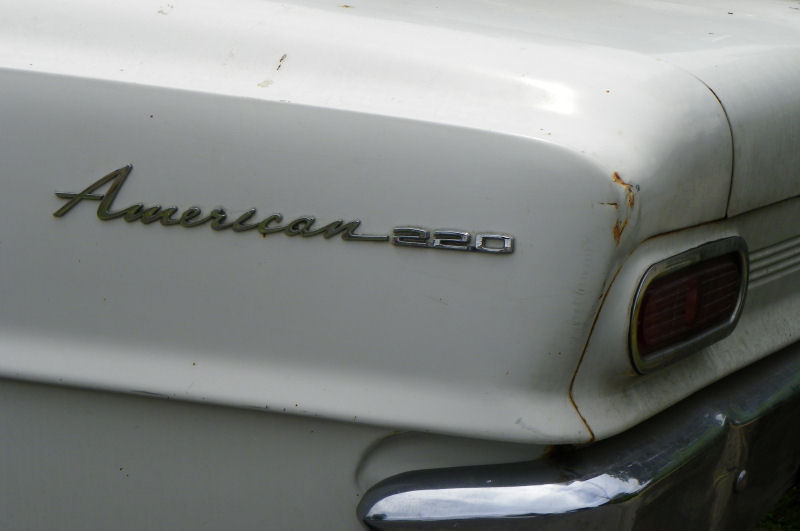 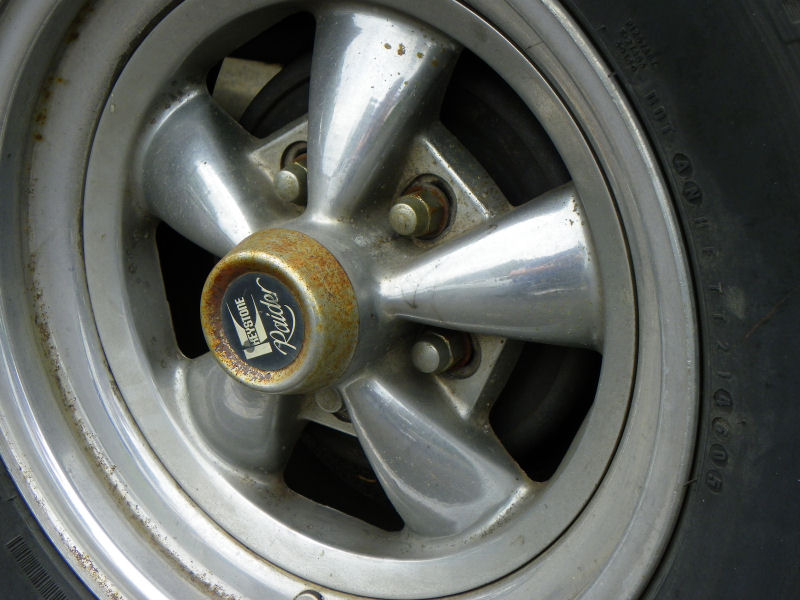 The beauty of the Rambler, oddly enough, was in American Motors' lack of funds. The 1964 restyle was the last major redesign the Rambler American would receive, meaning that most of the bigger and better engines - including three V8s - introduced later in the car's production run probably bolt right in with minimal modification. From the mid-1960s on, as the cars aged, they could be built up as budget muscle cars. This one is a plain-Jane two-door sedan that would have retailed for just over $1,900 new with no options. I have no way of knowing what lies under the hood now, but the Keystone Raider wheels with wide tires and raked stance, combined with its scruffy but solid body, make for a tough appearance. I'd put a grille in it, but the rest of it lends itself well to a subtle vintage-look performance build. Put one of the post-'66 AMC V8s in it, keep everything else visually the same, and have fun with it.
Posted by Jay Wollenweber at 12:00 AM