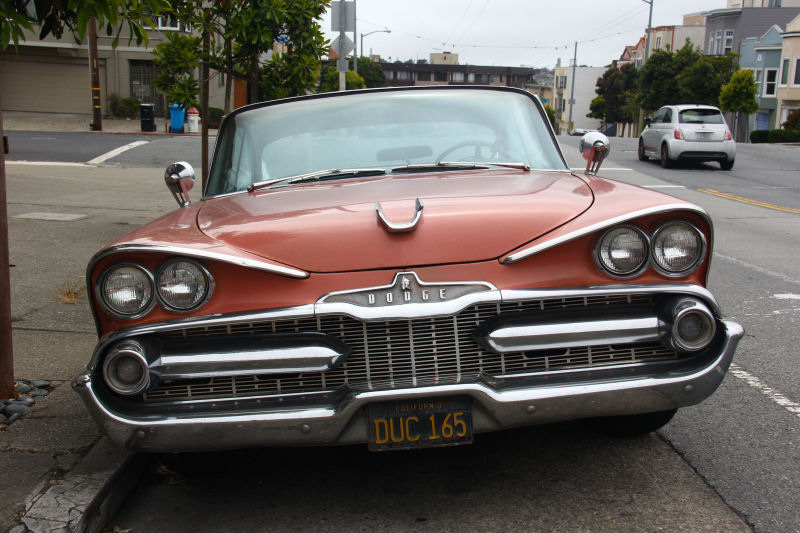 It's been a while since we last visited with Fifties Guy, so this week it's all Forward Look Mopars. First up is a 1959 Dodge Coronet. 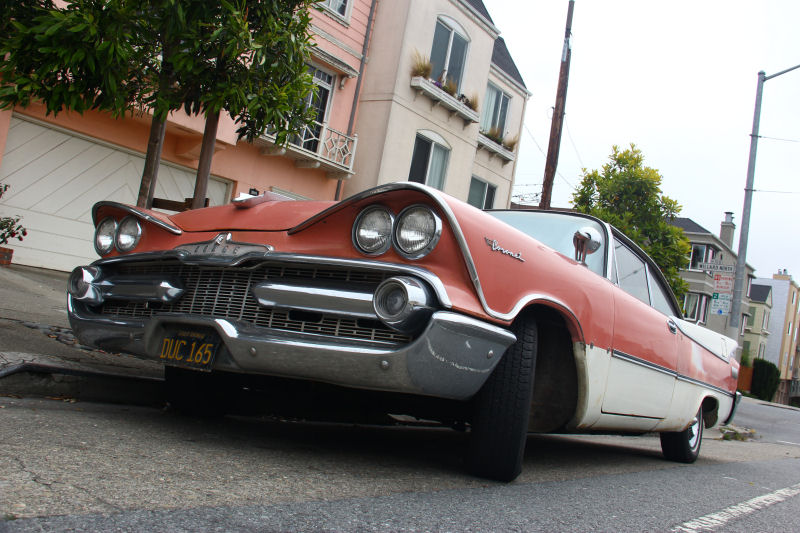 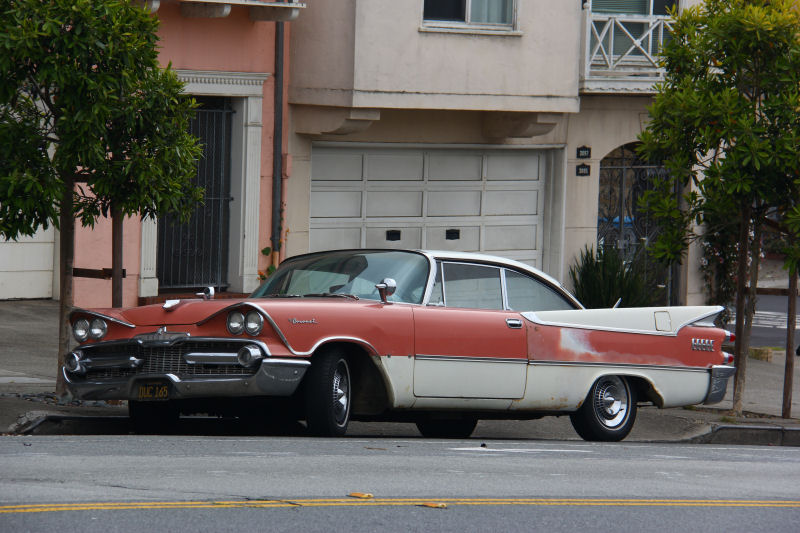 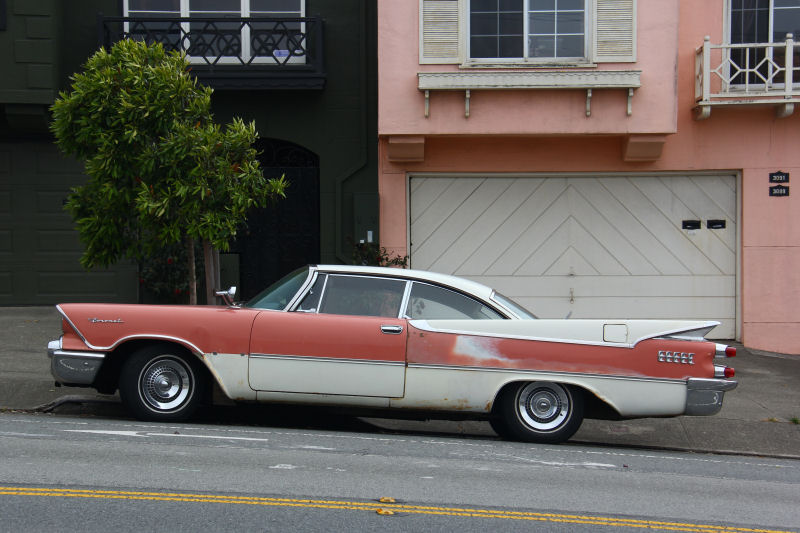 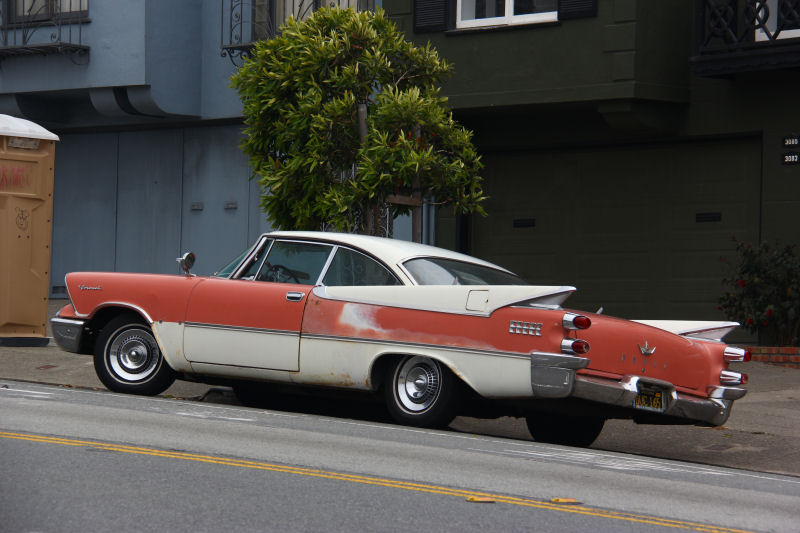 The 1959 Dodge lineup is one of the most outrageously styled cars from the Virgil Exner era at Chrysler. A friend once summed it up as, "It's like they wanted to see how far they could go with the styling before someone smacked them upside the head to tell them to stop ... and no one ever did." I've always had conflicted feelings about Exner's designs. The Dodges in particular have never really appealed to me much, though they're still plenty interesting to look at. The '58 Plymouths and '59 DeSotos are still my favorites. Admittedly, compared to 1960 and '61 Dodges with their swoopy rooflines, bulbous taillamps and odd reverse fins, the '59 is almost restrained in its execution. Almost! 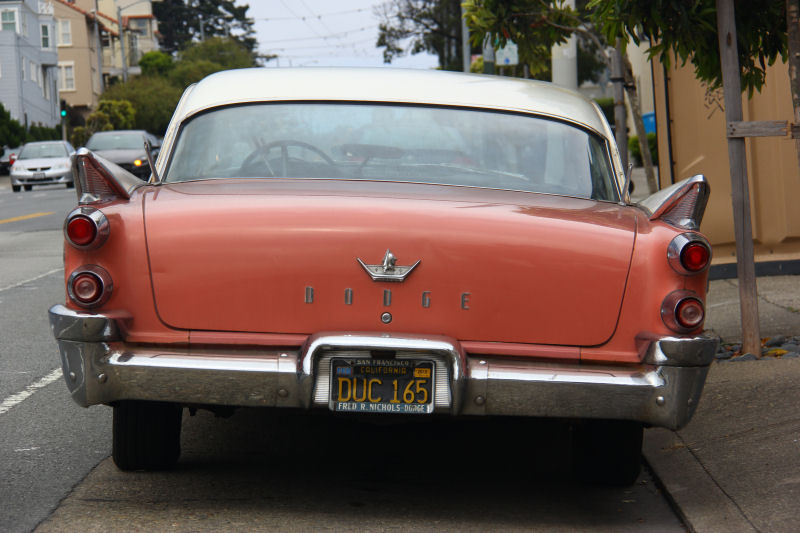 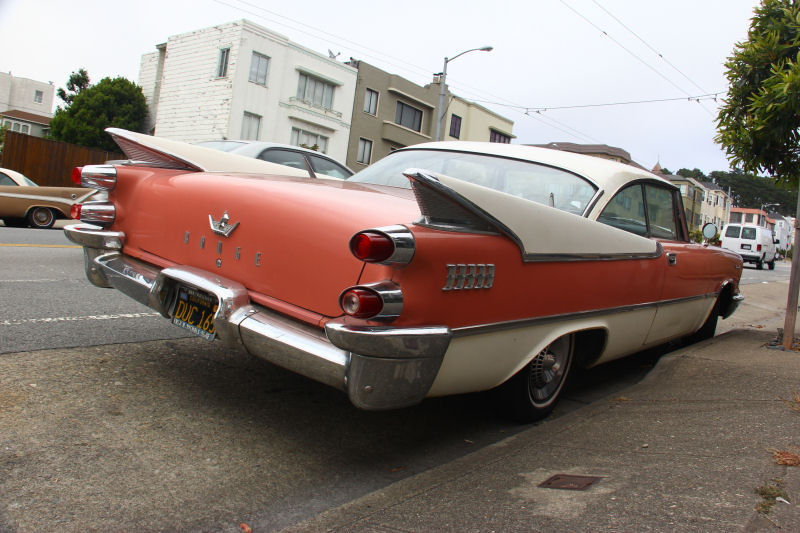 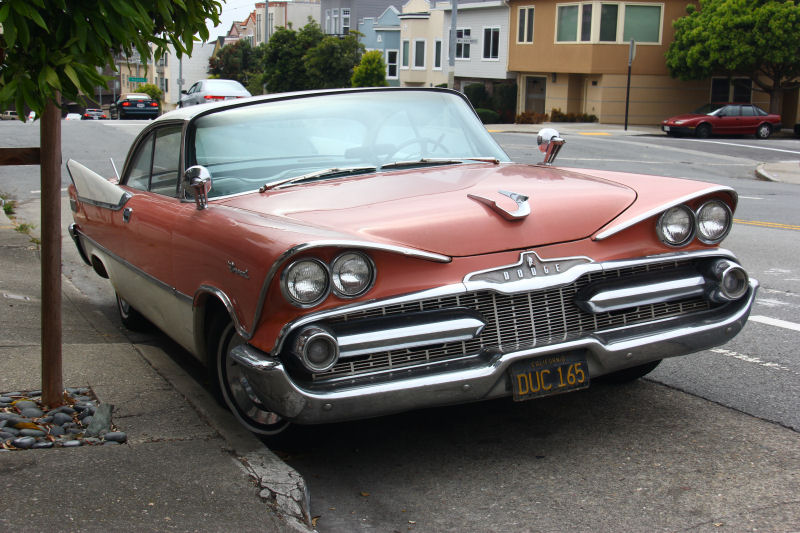 The basic Coronet made up the lion's share of Dodge sales in 1959. Two-door Lancer hardtops accounted for 21,434 of those, 19,283 of which were V8 cars. Total Coronet sales amounted to 96,782 cars. Coronets still carried the chrome trim, two-tone paint and trademark "Jet-Trail" taillights of fancier, more expensive models, and the cool pushbutton automatic transmission and other power options that decluttered the dashboard of control stalks. Dodge prided itself on being the first all-pushbutton car that year. Coronets were offered with a new 326 cubic inch Red Ram "HC-HE" (High Compression, High Economy) V8 as well, claiming 255 horsepower. Standard engine was a 230 cubic inch Get-Away Six producing 135 horsepower. This option, along with the base three-speed manual transmission, were barely mentioned until the last page of the factory brochure. Talk about an up-sell! 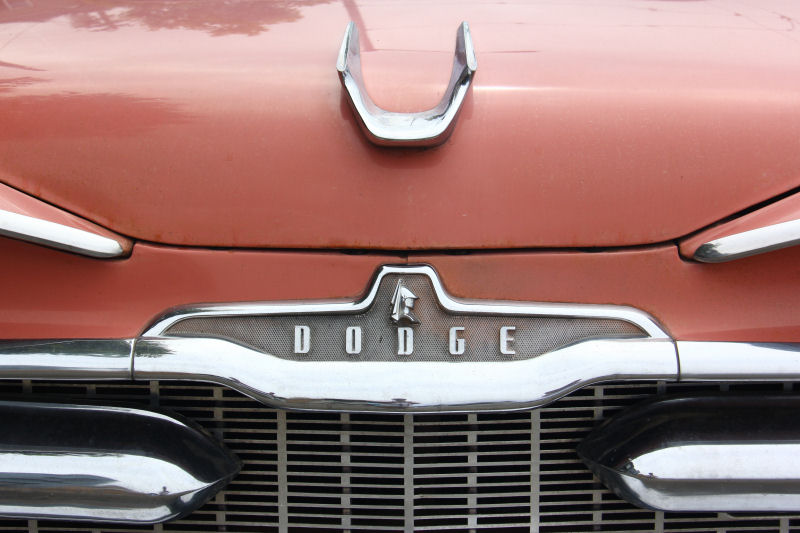 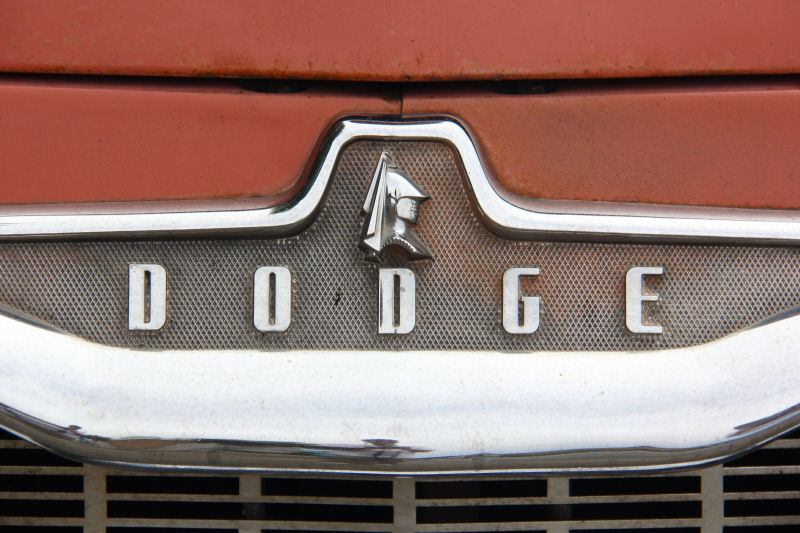 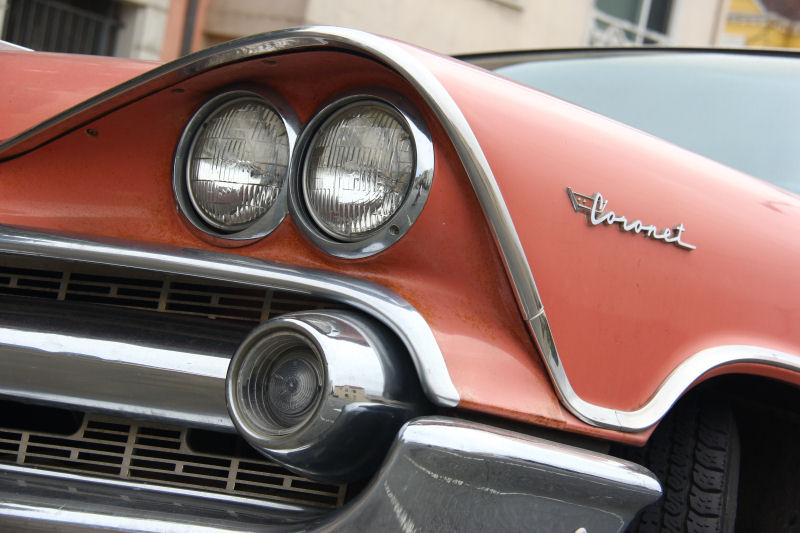 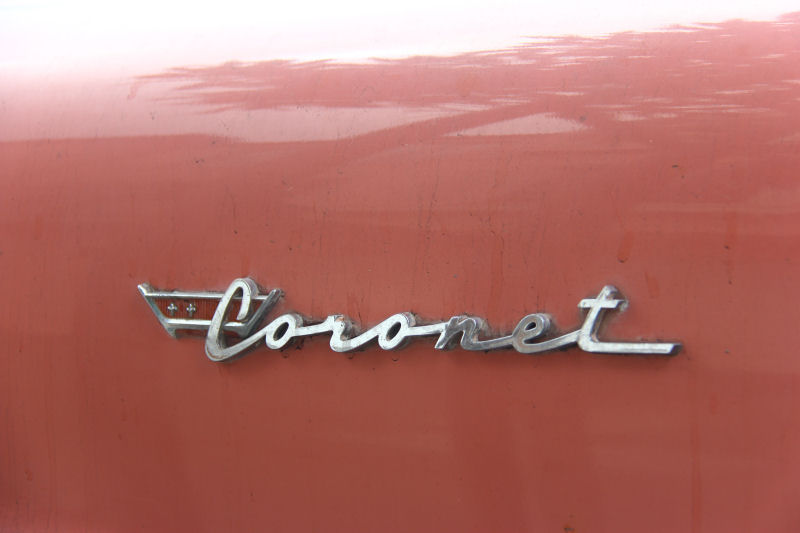 Today many options are offered only in bundled packages; Dodge was an early adopter of this practice but also allowed customers to order individual options. This particular car is pretty well equipped with a lot of extra-cost appearance pieces like reverse lamps, full wheel covers, tail fin chrome ornaments, hood ornament, dual side mirrors and dual radio antennas. Inside, it appears to have the pushbutton automatic transmission, padded dash, Music-Master radio and heater. Packages for these options would most likely include the Radio-Heater Group, Appearance Group, Coronet Style Group and Safety Group. Beyond that I can't say for certain. The owner knows me by now, but I don't take that as permission to snoop too closely around his cars. Generally my rule is just one interior photo to demonstrate the dashboard design, except in convertibles where the top is down and the interior is visually interesting (see the 1948 Pontiac DeLuxe Torpedo for an example of a car whose interior fascinated me). 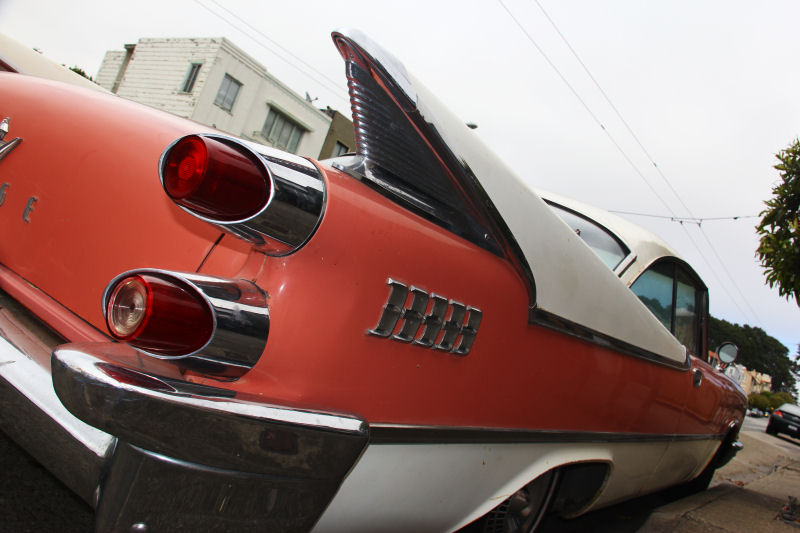 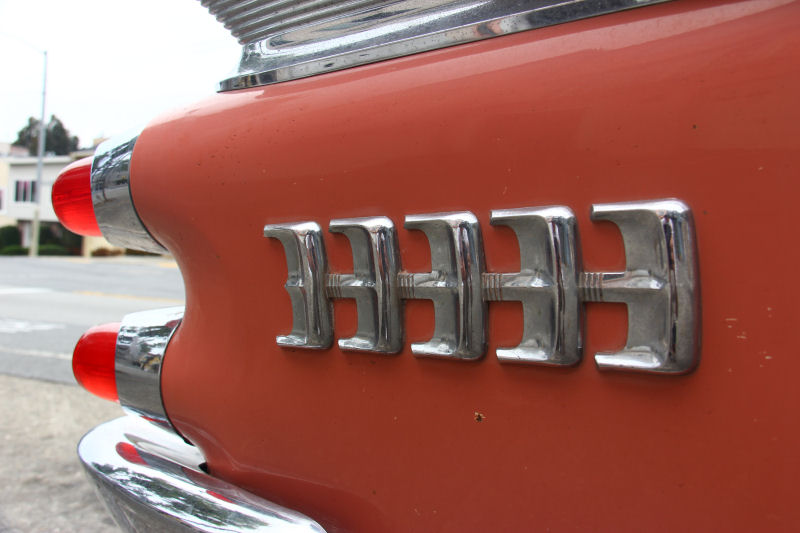 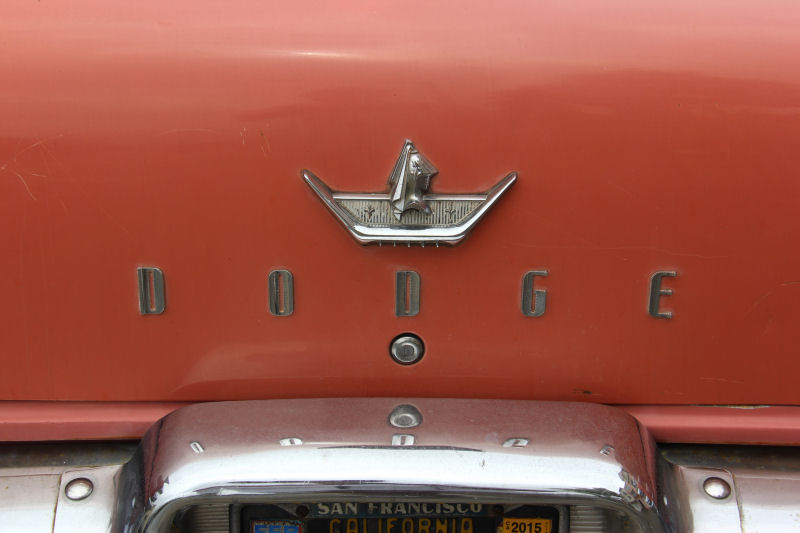 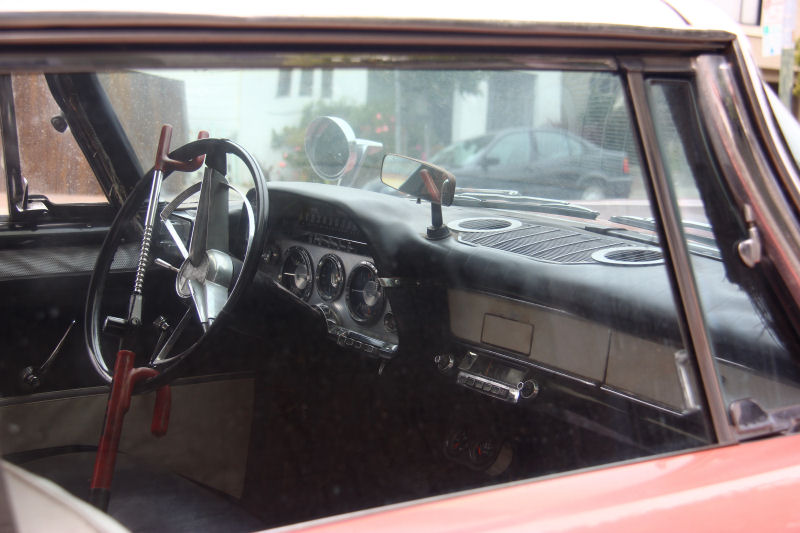 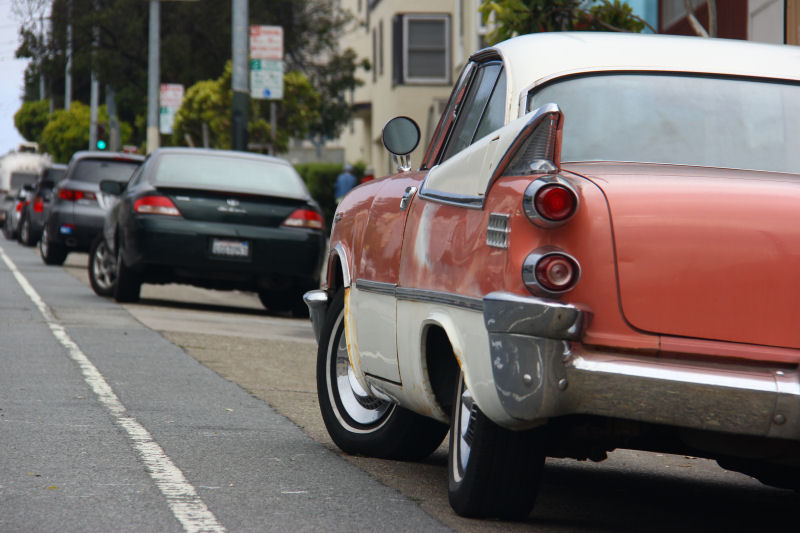 Overall condition is pretty solid. A little bit of trim is missing and it needs paint, but there's no really serious rust and delicate items like the grille are in good shape. Considering that the Coral over Pearl paint could be original, it's held up remarkably well over most of the car. It's a shame about the left quarter panel, but a lot happens over fifty-five years. It still displays well with the '59 DeSoto Sportsman across the street. 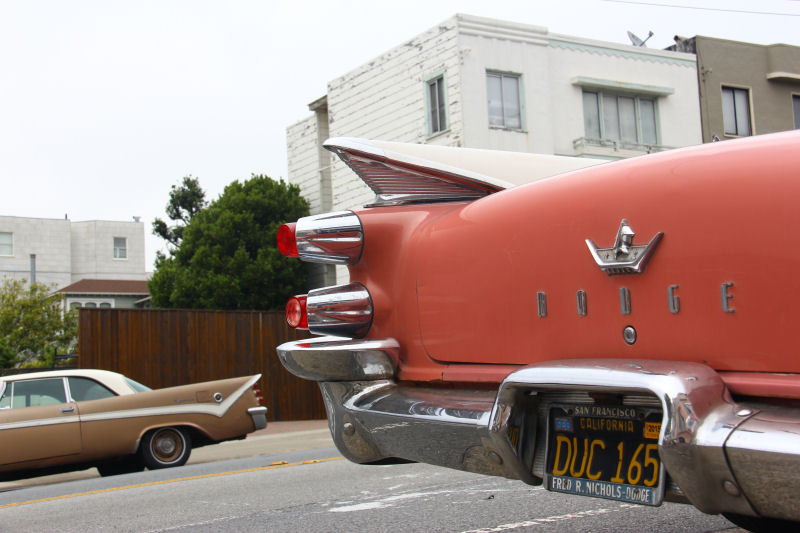 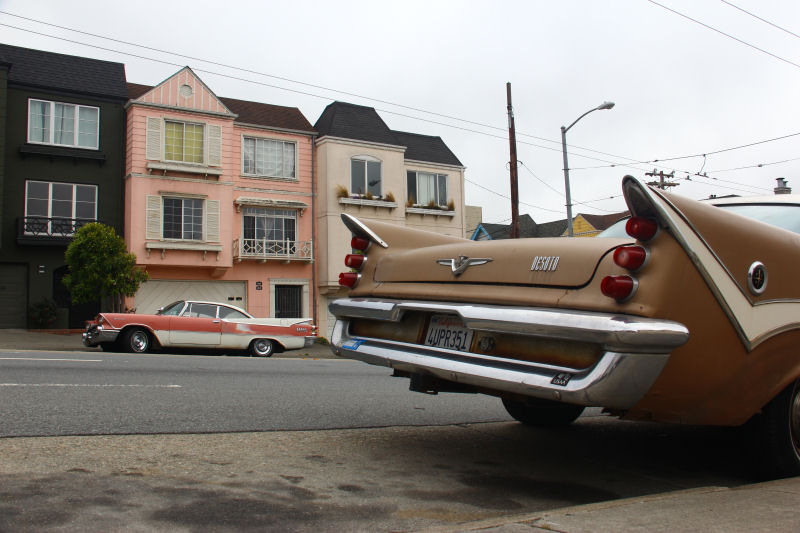