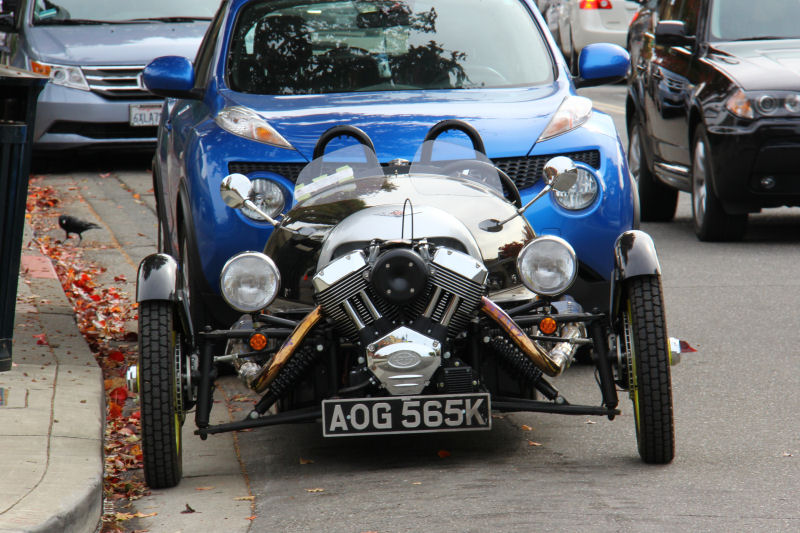 Most modern cars don't impress me much, and most will never merit a feature post on this blog. But what about new-old cars? Morgan has been building sports cars with many of the same designs and technologies since the early 20th century. Morgan is famous for its wood-framed sports roadsters, but its roots lay in the three-wheeled cyclecar. Cyclecars were a fad for a while in Britain because they were classified as motorcycles and thus were not subject to the tax on regular cars. They were light and primitive and small, and effectively made obsolete by improved cheap small cars. 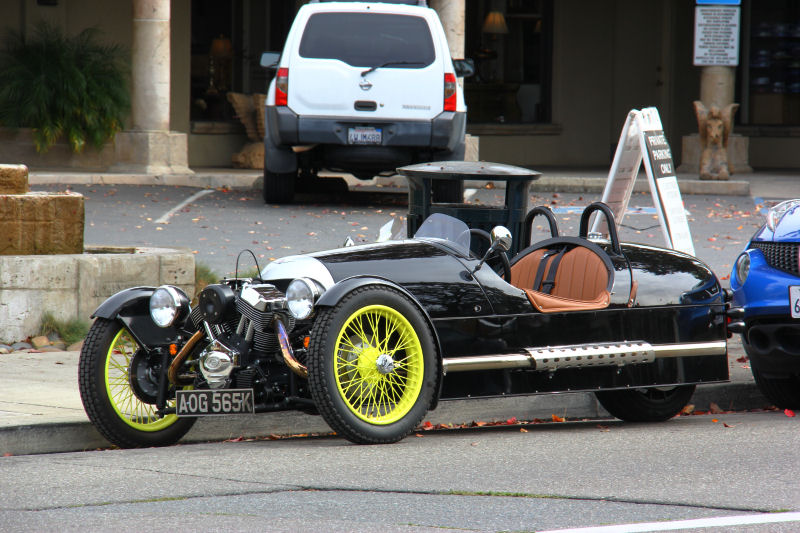 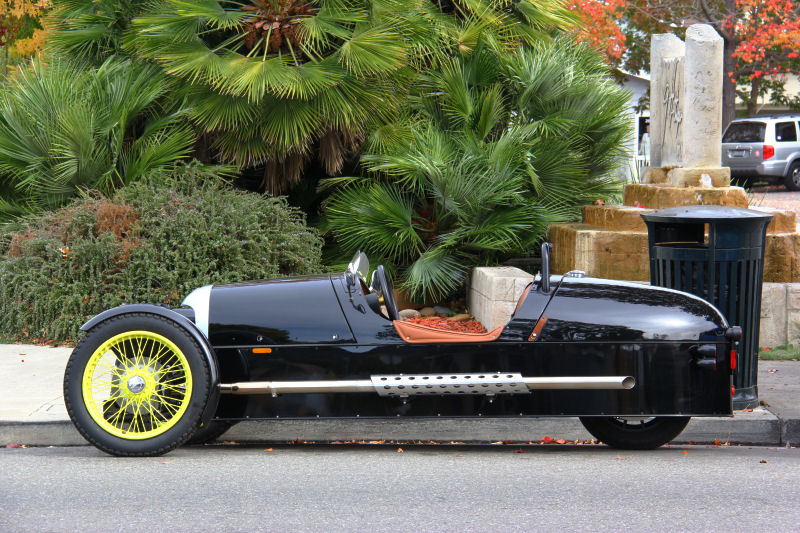 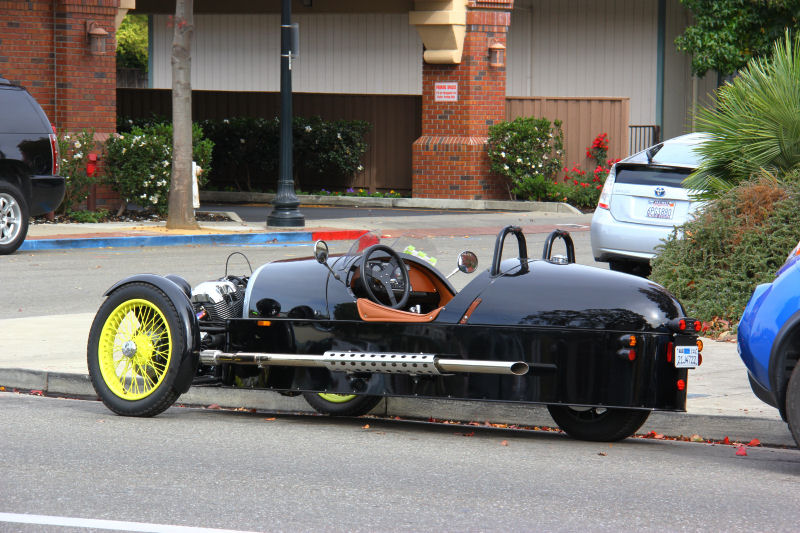 Morgan built two-cylinder three-wheelers from 1911 to 1952, during which time their four-wheelers caught on and made up the bulk of their business from 1936 to the present. But the 3-wheeler would always have its own appeal, and Morgan re-introduced it in 2011. Even today, the Morgan 3-Wheeler is registered as a motorcycle and still powered by a bike engine. Modern production 3-Wheelers come with an S&S 1983 cc V-twin engine good for 81 horsepower, enough to fling the little 1200-lb roadster from zero to 60 in under five seconds. 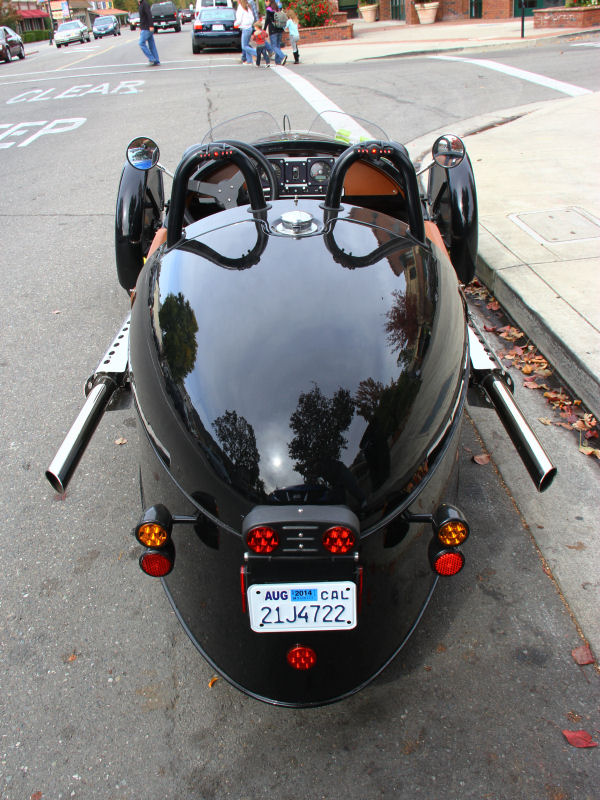 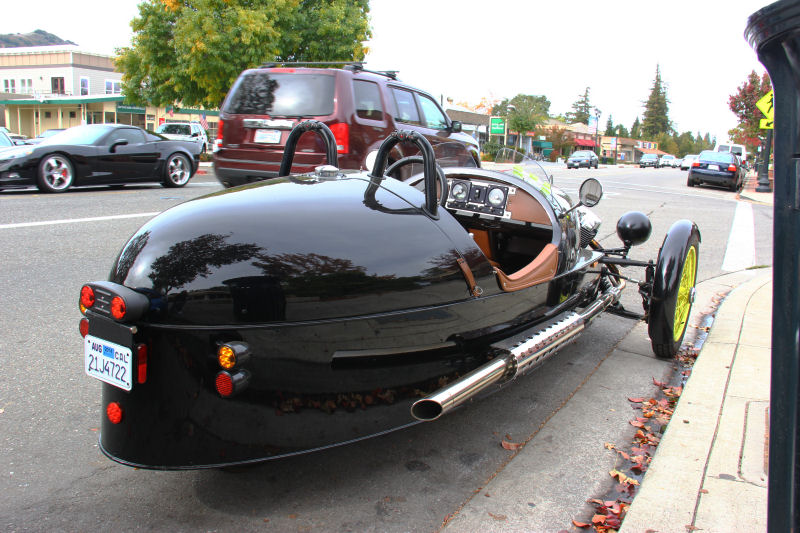 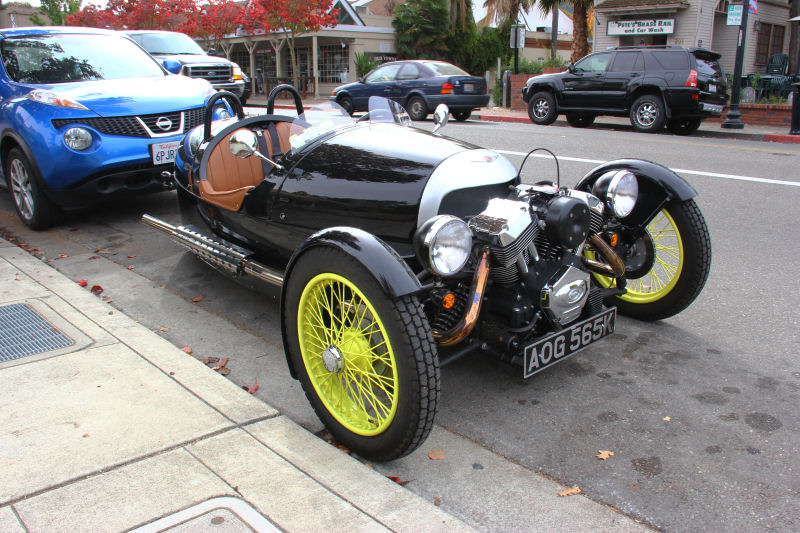 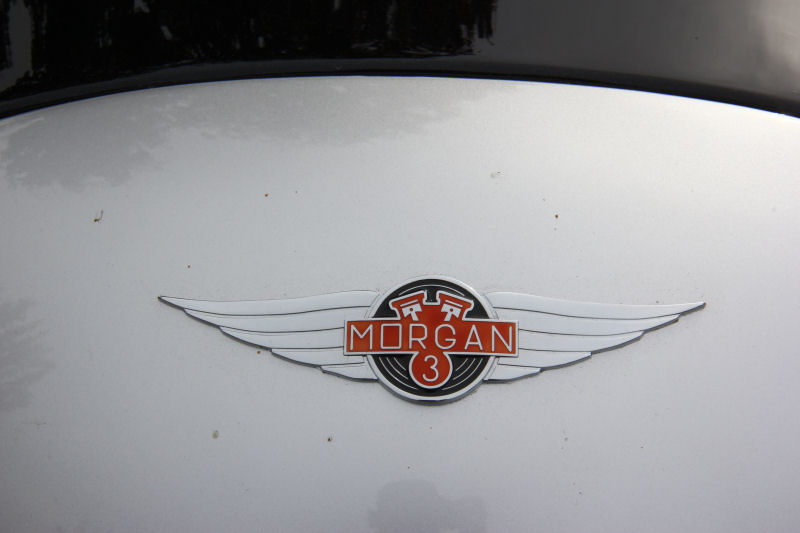 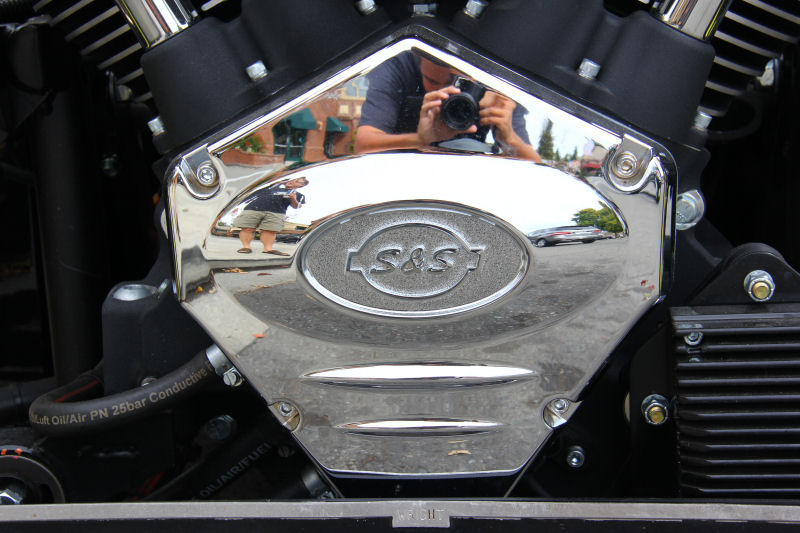 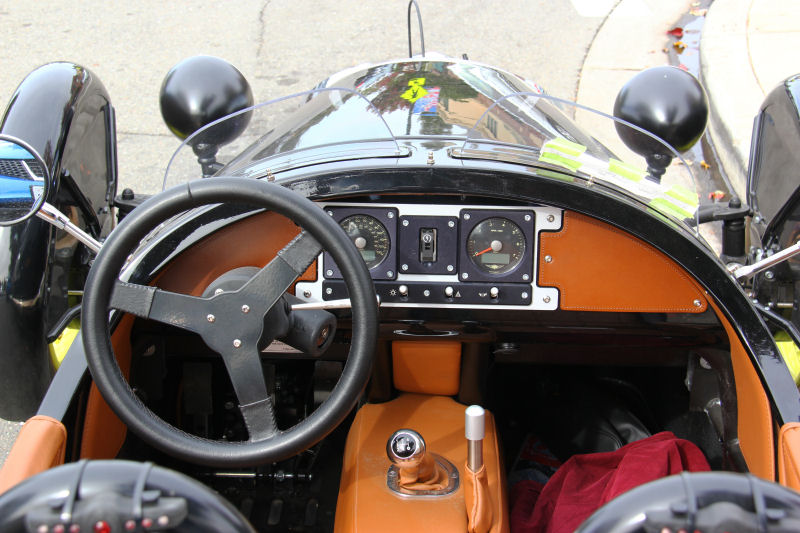 I can't comment on the condition of this car since it was basically brand new when I found it. The UK license plate is interesting, but apparently fake. The number corresponds to a 1971 or 1972 Birmingham registration and this definitely isn't a '71 car. The interior looks quite uncomfortable for any kind of long-distance motoring, let alone doing so with two people on board. It's more of a low-speed canyon carver, I guess, a weekend toy that can be played with and then put away. That's presumably what this one was being used for. I found it some time after a Cars & Coffee event across town, but never actually saw it at the car meet. It's not old, but it's rare and certainly unique. So the 2013 Morgan 3-Wheeler earns a spot here.
Posted by Jay Wollenweber at 12:00 AM