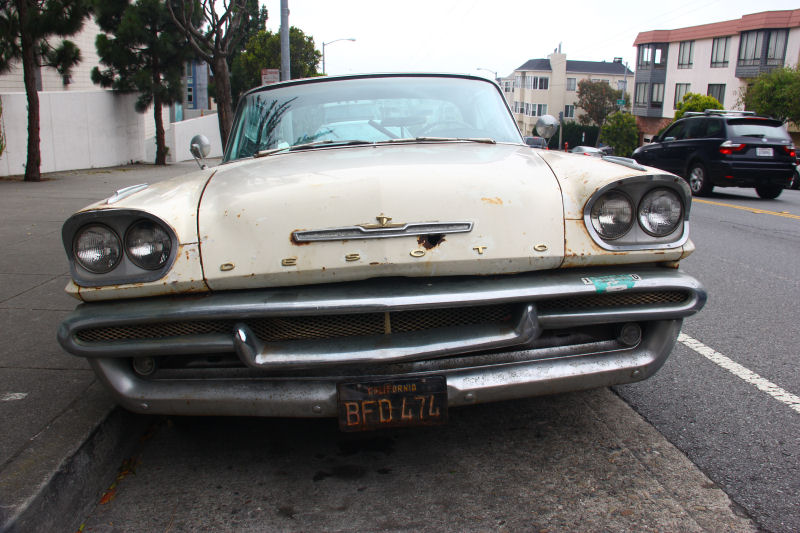 Rounding out this week's visit with the San Francisco car collector I like to call Fifties Guy, is perhaps the rarest Mopar in his fleet. This is a 1958 DeSoto Adventurer, the most expensive model in DeSoto's lineup and one of just 432 made. Of those, 350 were coupes as seen here. 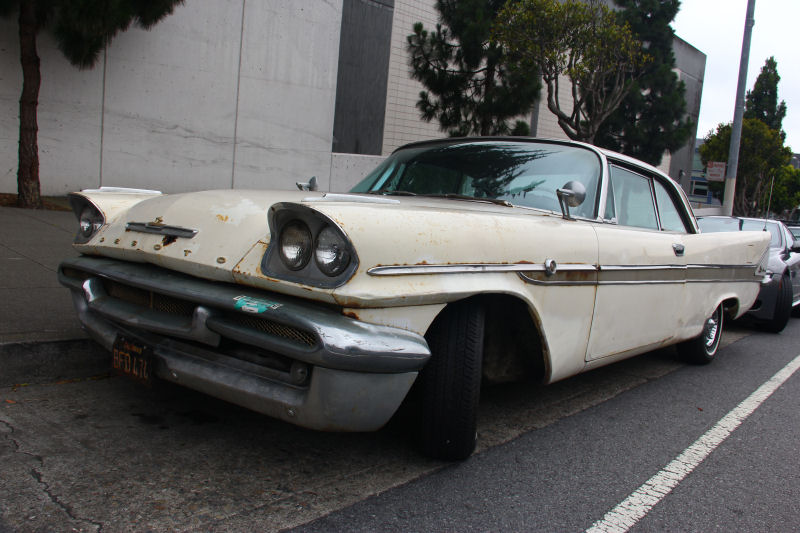 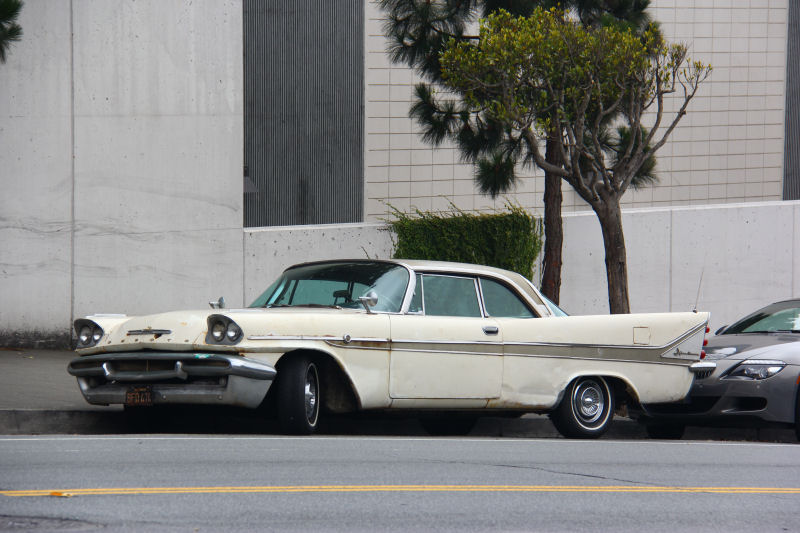 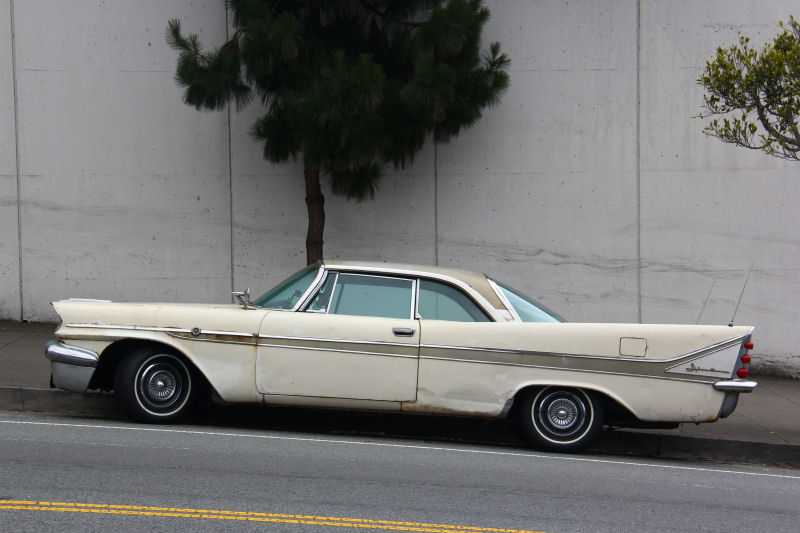 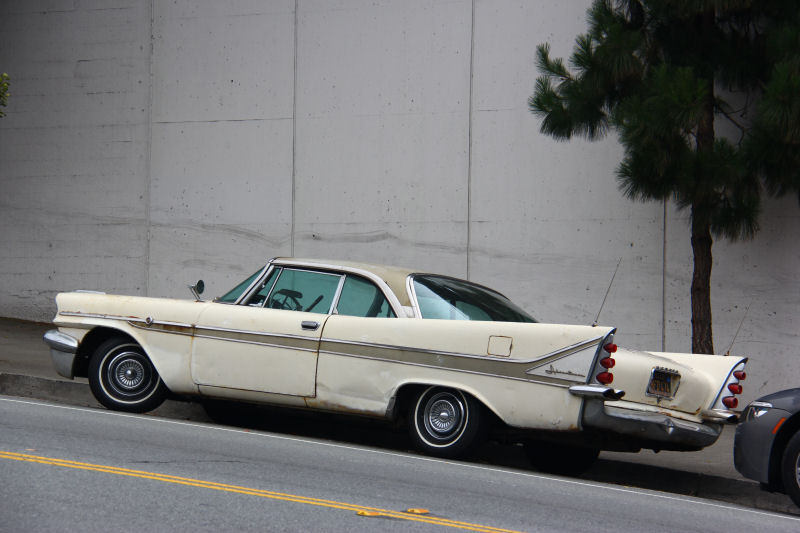 The 1958 Adventurer was built with unique trim pieces and a 361 cubic inch wedge-head V8 with "dual-quads", two four-barrel carburetors. Horsepower was rated at 345, no slouch for a full-sized car in the late '50s. Adventurers had a slightly upgraded but still squishy suspension with one extra leaf spring and a thicker front sway bar. Bendix fuel injection was available for but a very expensive and problematic option on a car that already cost over $4,000. Your $637 bought you ten more horsepower and quite possibly the most awesome "Fuel Injection" badge ever created. Fewer than twelve cars are known to have been equipped with fuel injection, and all were recalled. I highly encourage readers to read about the Bendix Electrojector and the story of the only existing '58 Adventurer that has one. Allpar Article Here 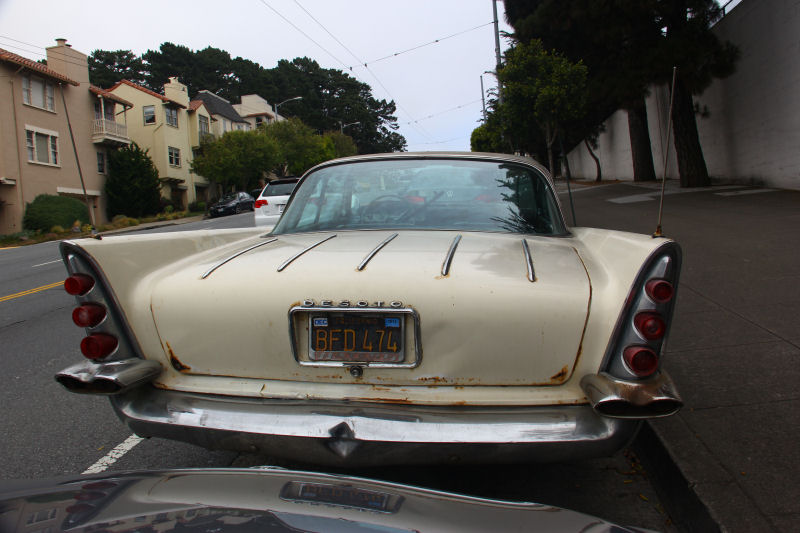 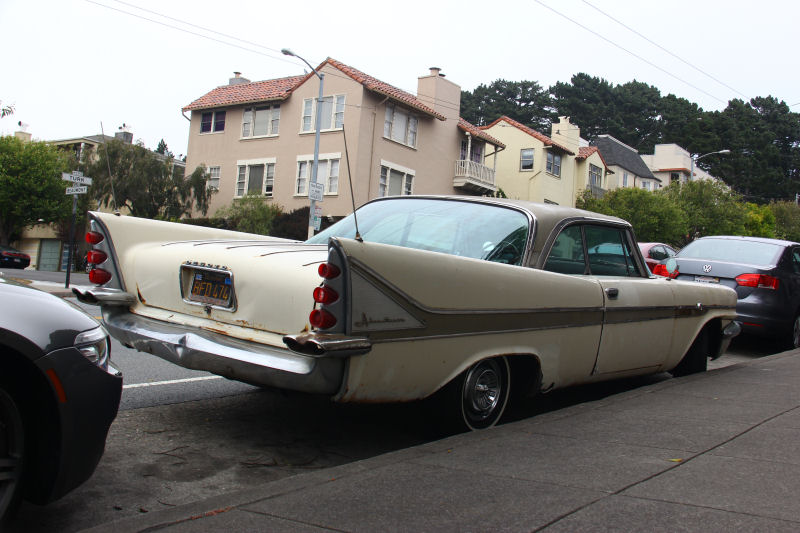 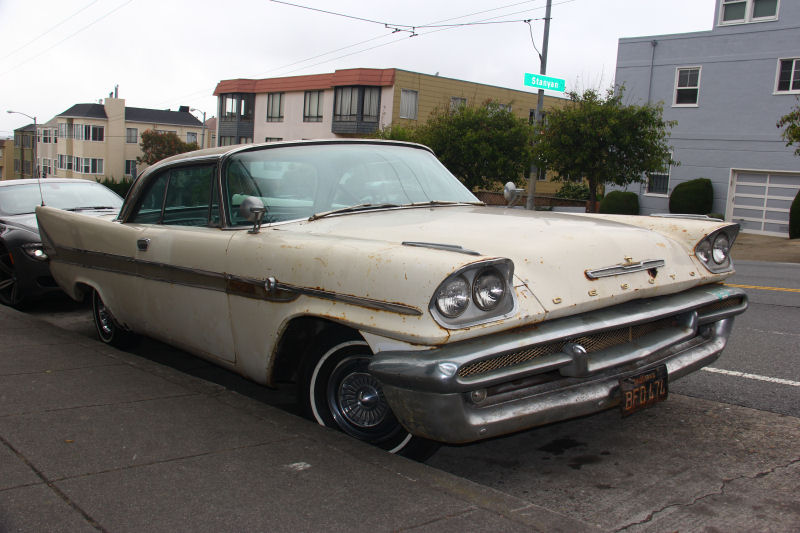 Why was the Adventurer so rare? It was a terrible year for the industry, hit by an economic recession and a shortened model year. The '58 Adventurer arrived late and wasn't listed in the full line brochure at all. It was also the most expensive DeSoto ever made. Buying a DeSoto for the price of a Chrysler New Yorker made as much sense as a Lincoln buyer choosing a fully-loaded Mercury or Edsel instead. It was the sort of choice you would make if you preferred the styling of one car over the other, I guess. Speaking of Edsel, even that ill-fated brand sold more units than DeSoto in 1958. I'm still actively searching for an Edsel to feature here, but I digress. 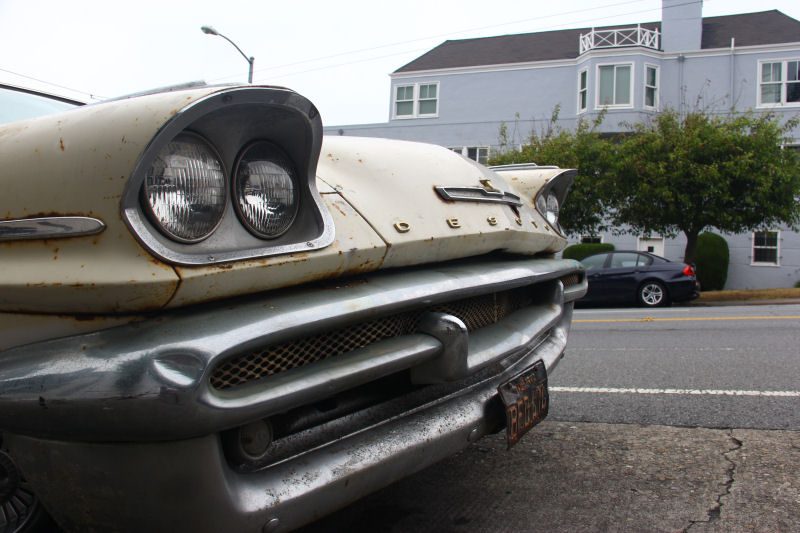 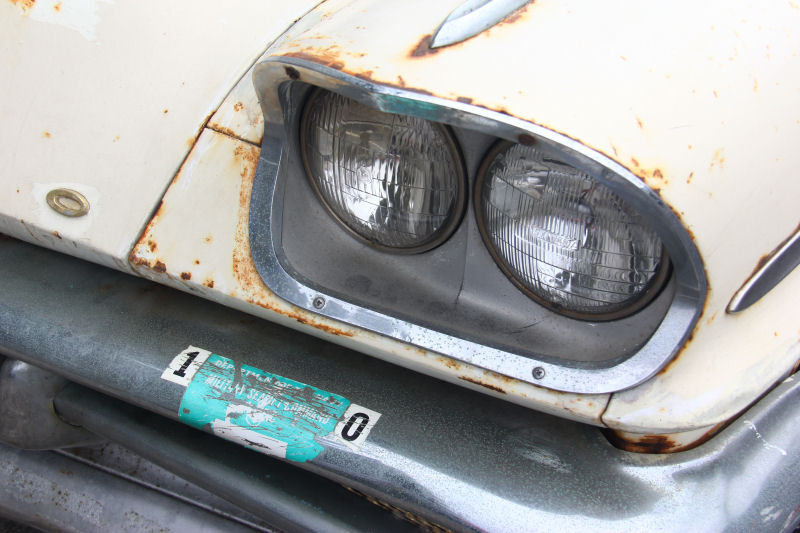 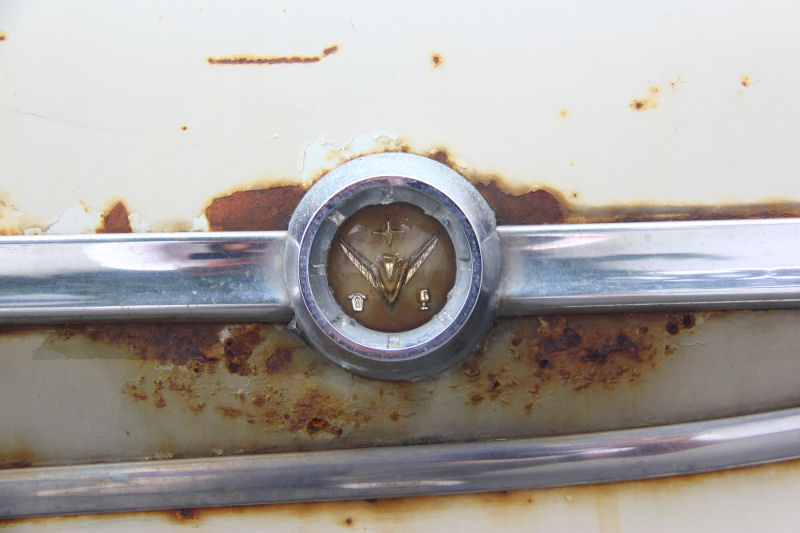 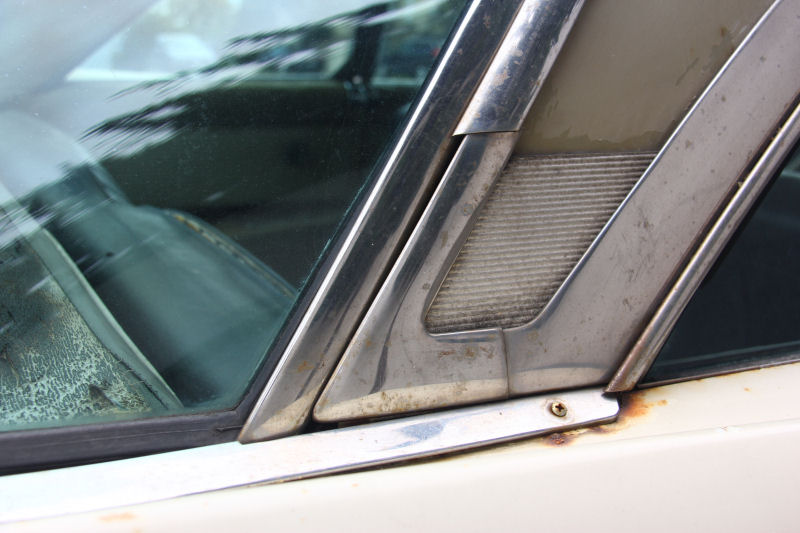 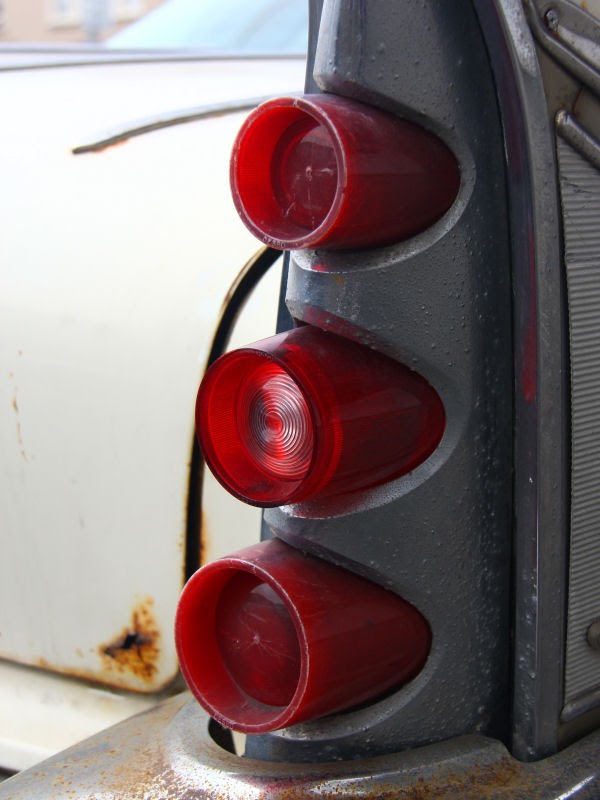 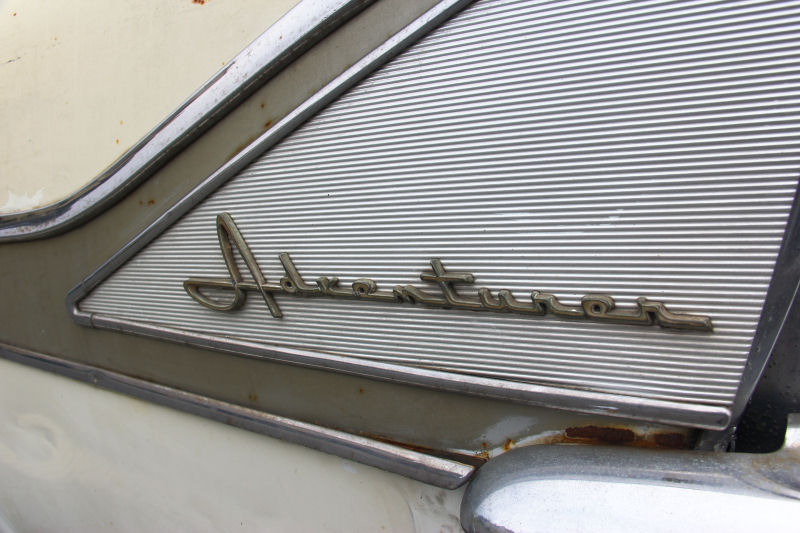 This Adventurer has had quite an adventure indeed. Condition is unfortunately rough and will take some massaging or panel replacement to get it back to its former glory. These cars had bad rust problems in 1957 which was mostly mitigated in '58, but this one still managed to find some. That doesn't surprise me too much given where it lives in San Francisco. Despite its problems, I believe Fifties Guy will do his best to preserve a very rare car or will at least find the right person with the garage space, money and desire to take care of it. I'd hate to see it end up as a parts car. I found a forum thread from when this car was put up for sale, and most Mopar enthusiasts there felt it should be kept in its current state as one of the last unrestored Adventurers. It's a tough call.
Posted by Jay Wollenweber at 12:00 AM