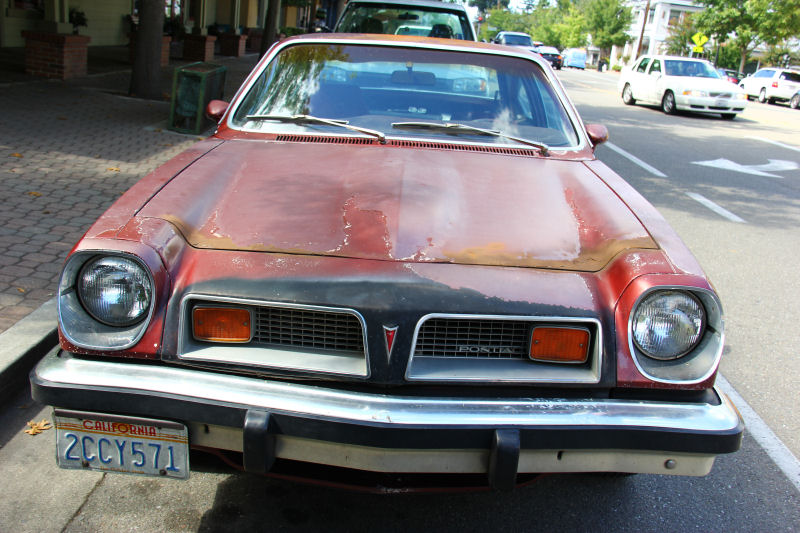 It's funny how people lampoon one car for being terrible to the point it becomes infamous, and completely forget that rebadges of the same car even exist. Such is the case with the Pontiac Astre. The Astre was a rebadge job on the Chevrolet Vega, now famous for its rust problems and unreliable 2.3 liter aluminum-block engines. The Astre was sold in Canada only from 1973 to '74, then it came to the US market in '75 as Pontiac's smallest and cheapest model. 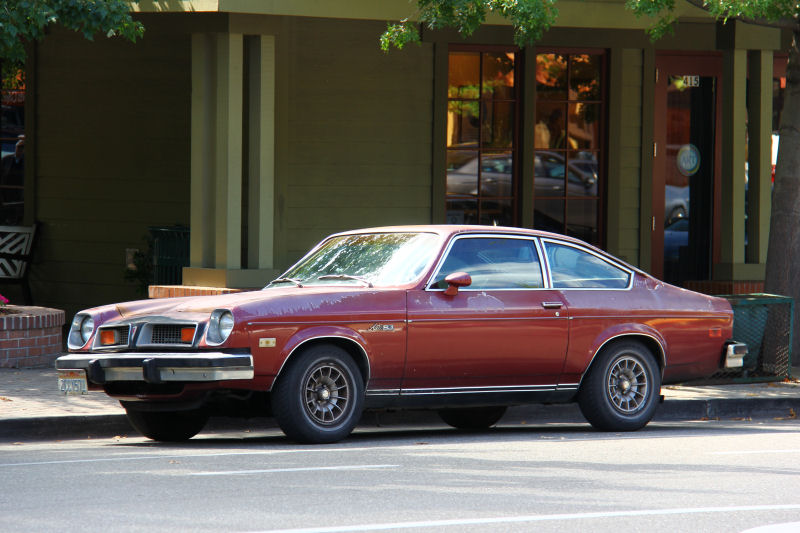 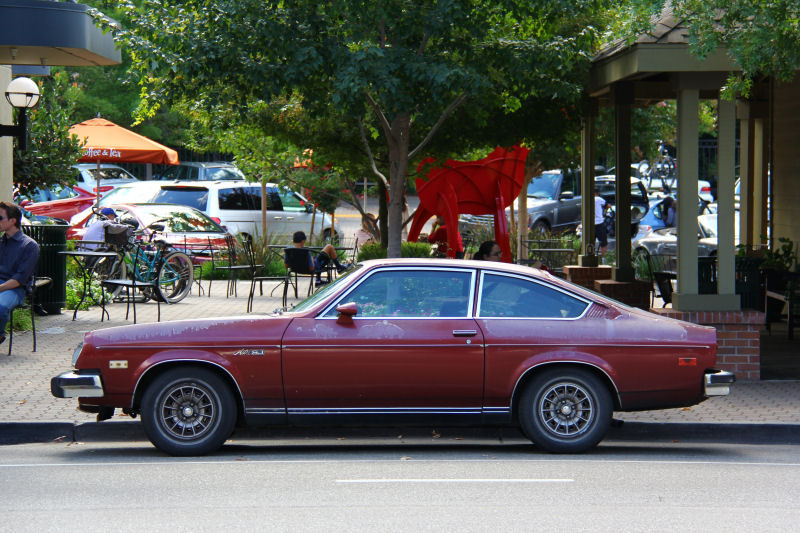 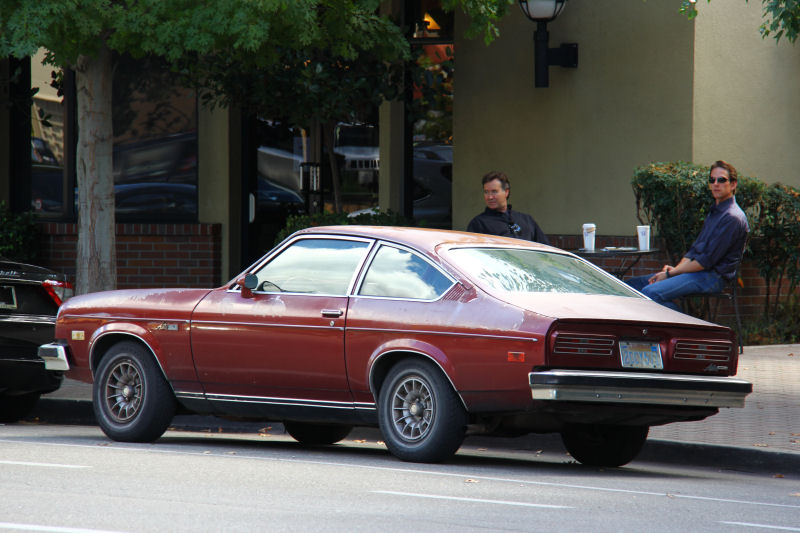 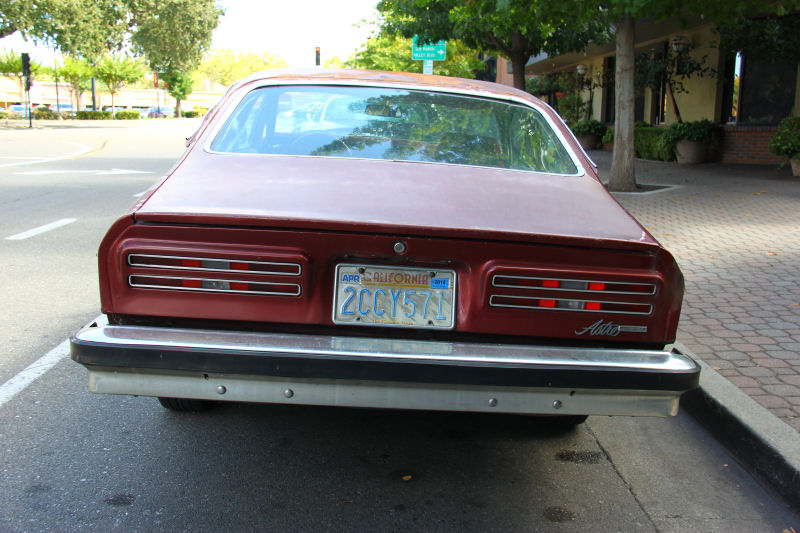 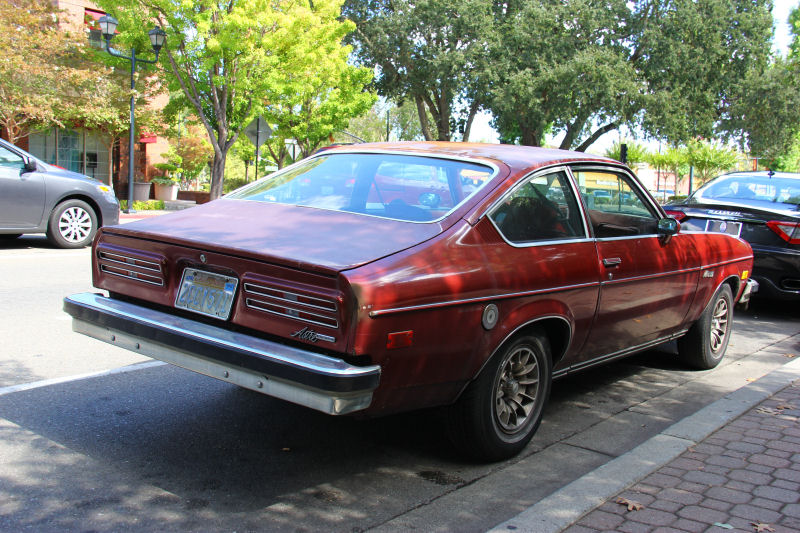 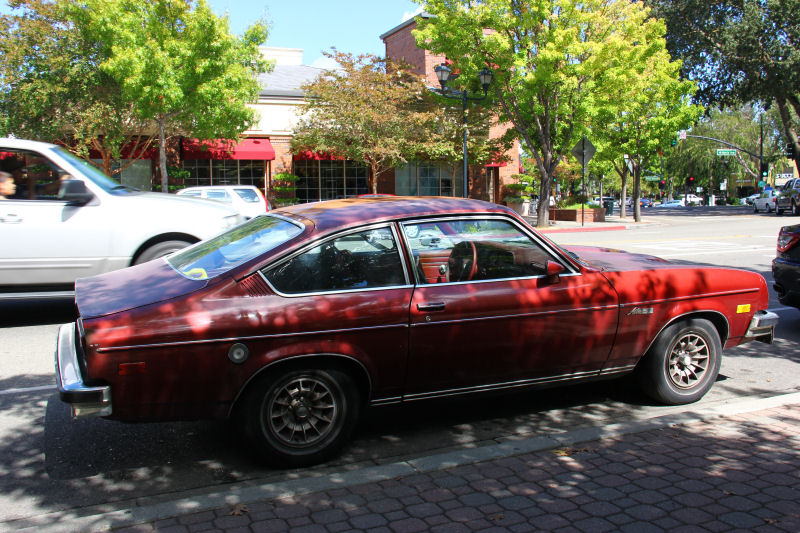 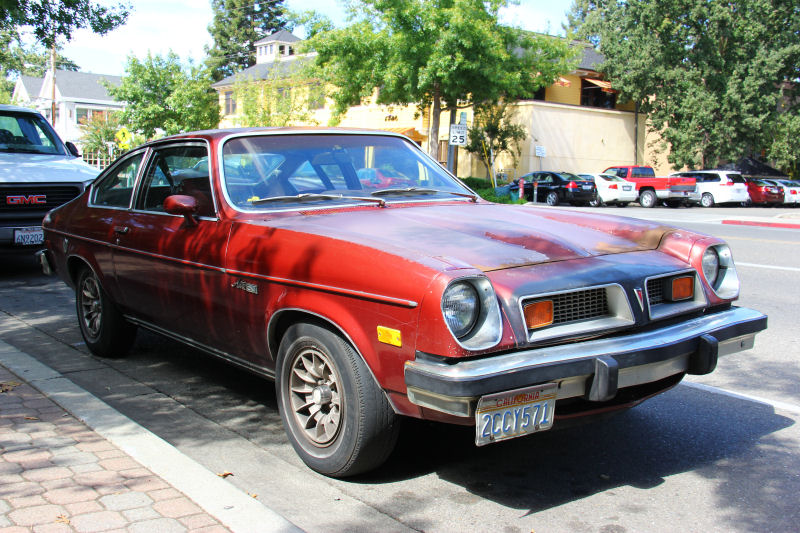 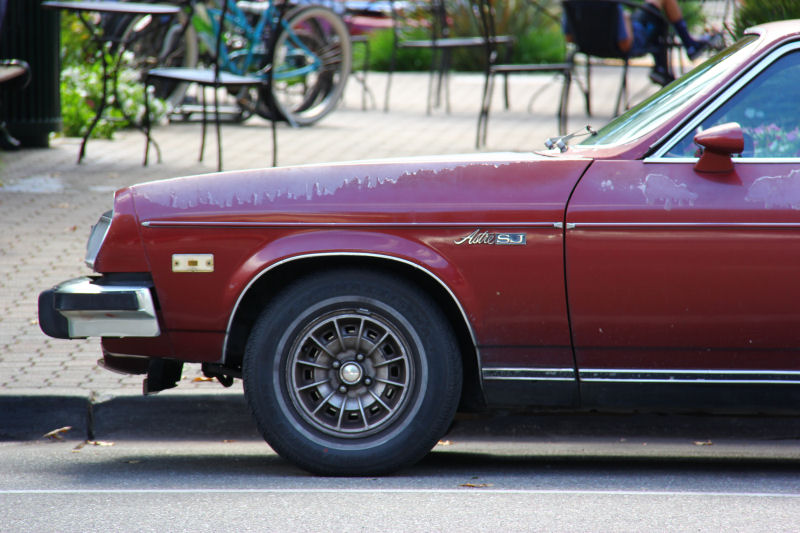 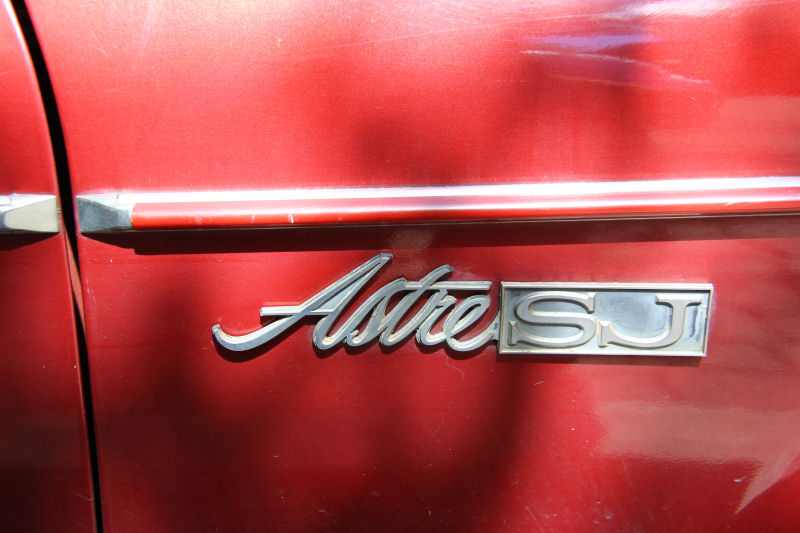 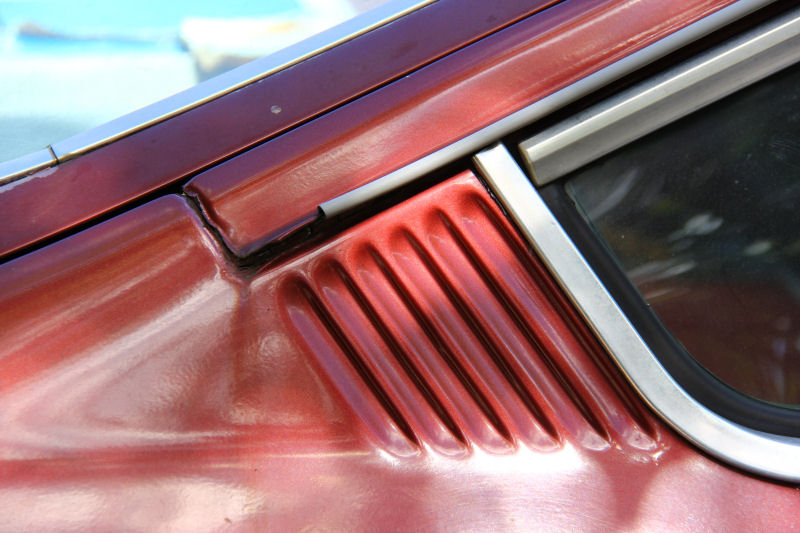 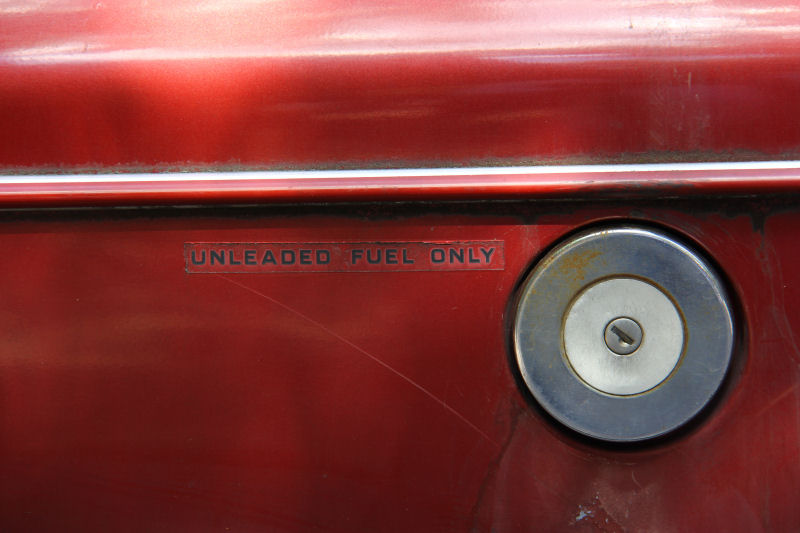 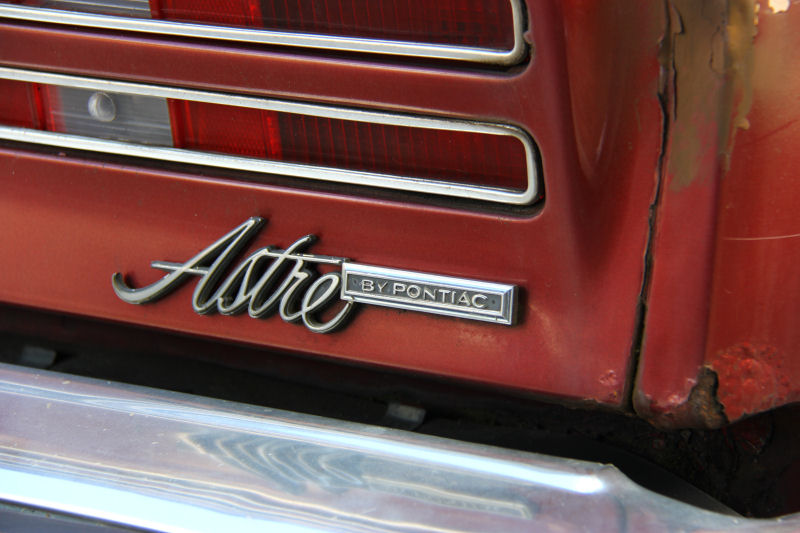 I have to say that I like the 1975 Astre. My favorite is the rare Li'l Wide Track special edition, but the standard Astre SJ is still a pleasing little compact for what it is. SJ models had a higher-output two-barrel carburetor, upgraded transmission, nicer interior, rally gauges and radial tires. Effectively, this was the luxury model. Firebird-inspired taillights and trademark Pontiac split grille set the little hatchback coupe apart from its Chevy twin, but under the skin it's all Vega. That Vega lineage doesn't seem to have stopped this one, an apparent daily driver I see zipping around town every few months. It looks to be finished in possibly the original Persimmon or Honduras Maroon metallic, which has lost its clearcoat pretty severely on top and is rusting around the taillight panel and hood. The owner has put some brown spray paint there to stop the corrosion and help prolong the car's life. I credit him for maintaining what's most likely the only Pontiac Astre left in the area.
Posted by Jay Wollenweber at 12:00 AM