This is one of my favorite street sightings. This past week I've featured some famously "bad" cars, so here is the king of them all. It's a 1987 Yugo GV. 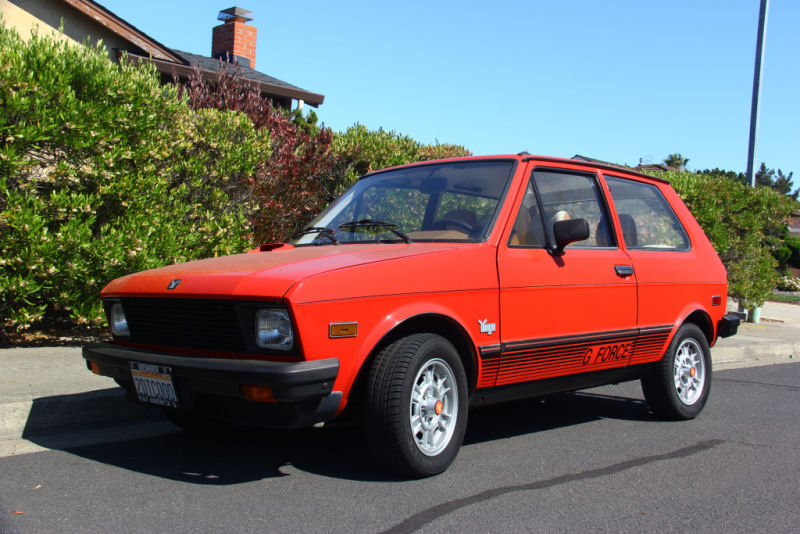 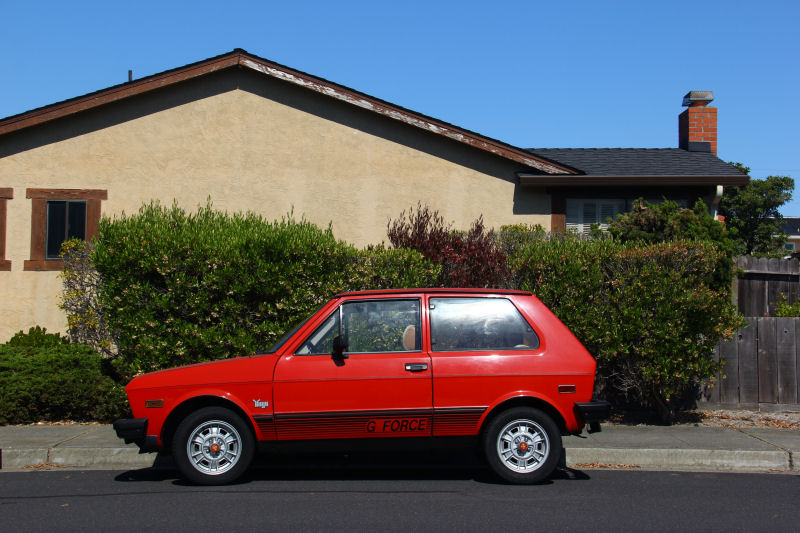 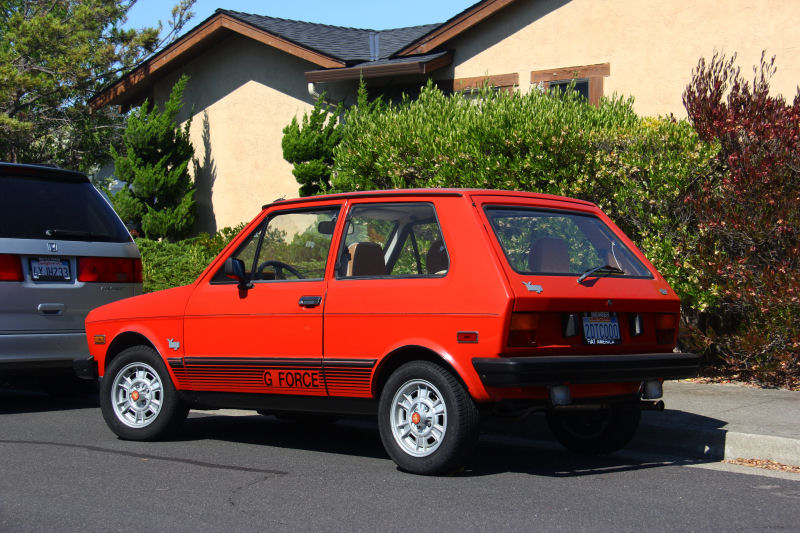 I actually found this Yugo at the 2014 Pacific Coast Dream Machines car show in Half Moon Bay back in April. I was fascinated by it; not only was it a Yugo that ran but it was in really good condition. I spent a lot of time shooting pictures of it at the show, then vowed to track it down one day and photograph it as a street sighting. It took some research but I found it, and here it is. 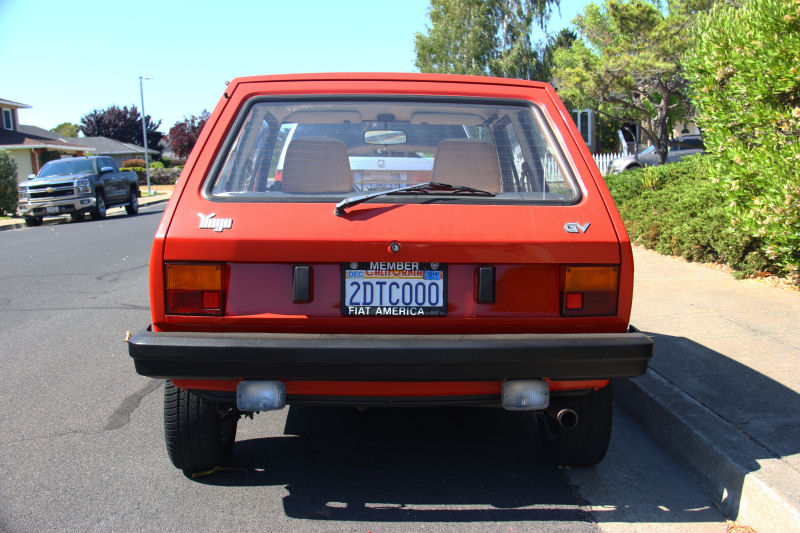 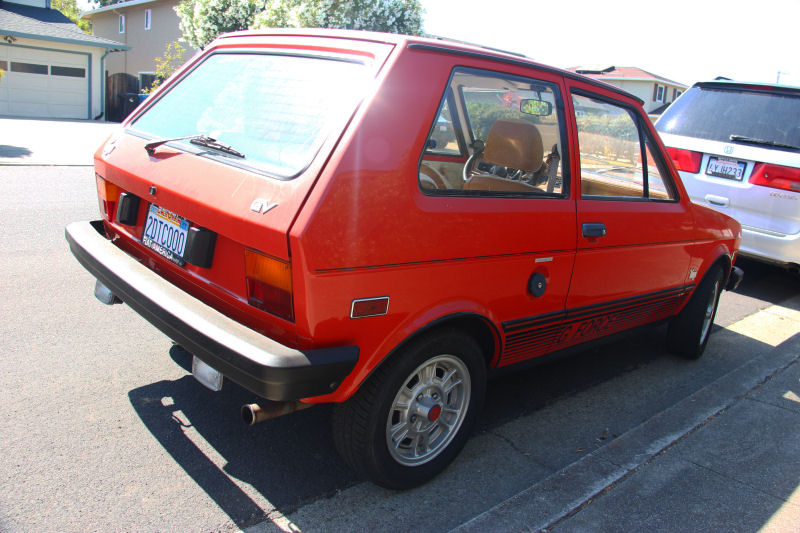 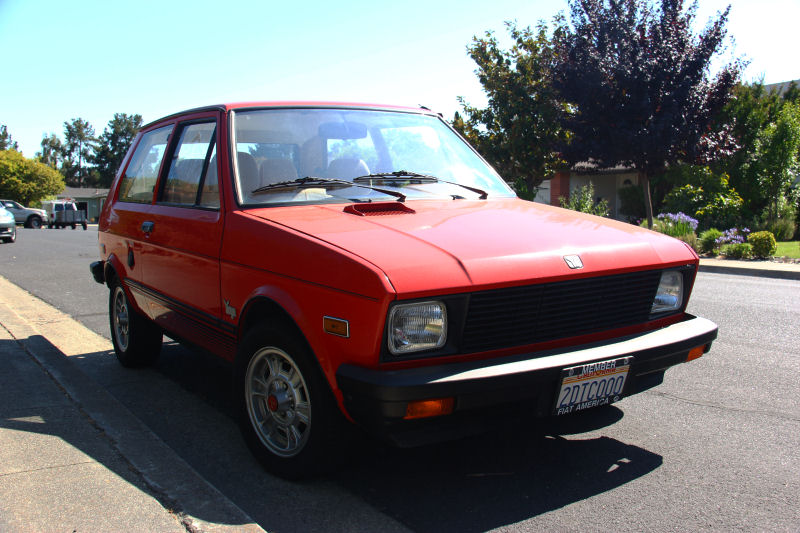 This is actually our second Yugo post, looking snappy in gloss red with Fiat Abarth Cromodora wheels and black "G Force" tape decals. The Yugo is basically a reworked Fiat 127, so a lot of Fiat and Abarth bits will probably bolt on to make a Yugo more exciting. One of the things that has always struck me about Yugos is how incredibly cheap and dreary the interior looks, with abundant hard, Band-Aid-colored plastic and virtually no amenities. Even the manual shifter is the same shiny tan plastic, like a Maisto model. There are some interesting details on this car, like the pair of rear fog lights under the bumper (yet no front fog lights) [[EDIT: the "rear fog lights" are the reverse lights]], and the Hungarian-made Bakony wiper arm on the rear hatch. And everyone knows the old joke about the heated rear window on these cars. Being a 1987 GV ("Great Value") model, this car probably has the carbureted 1.1-liter engine and a four-speed transmission, nothing to brag about in terms of performance but likely to net at least decent fuel economy. There are still a few Yugos around the Bay Area, they're just very elusive. 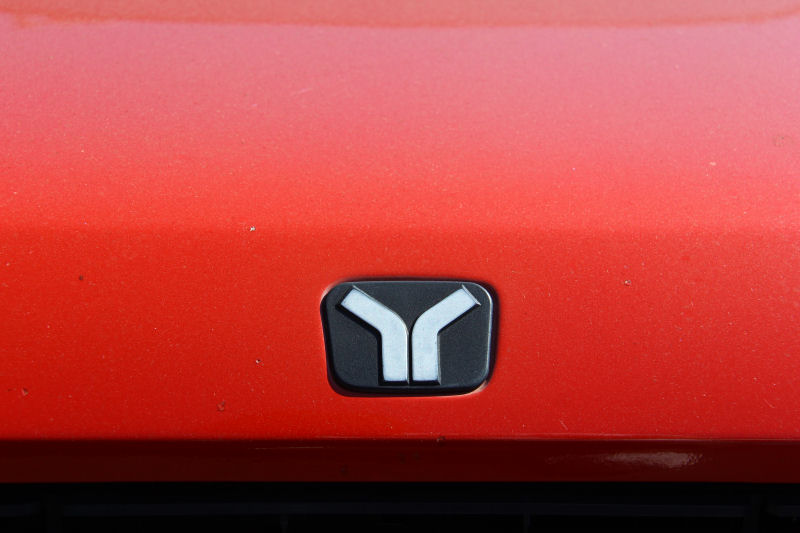 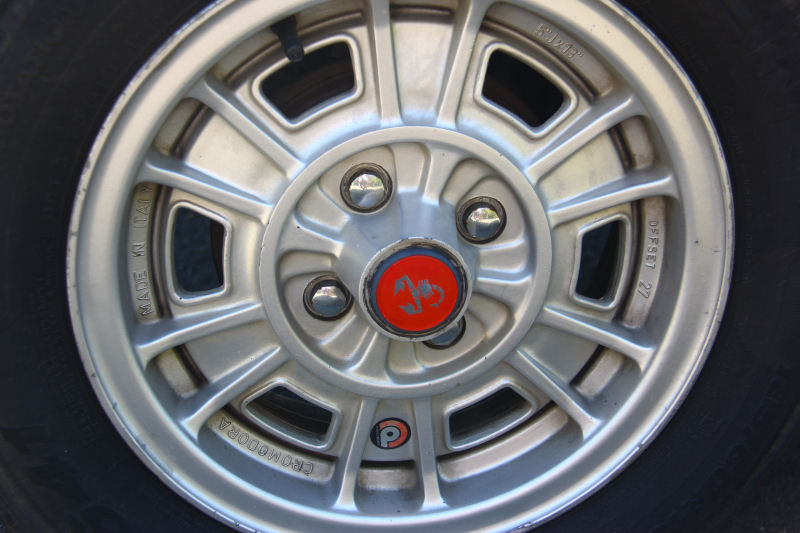 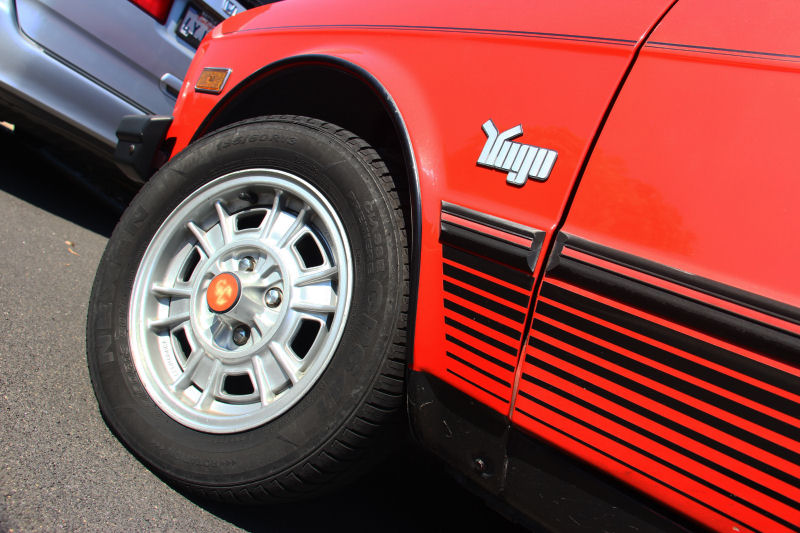 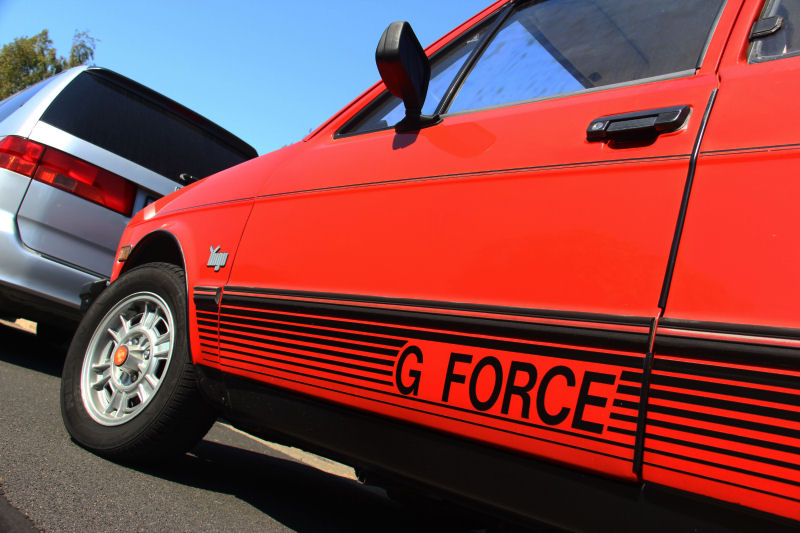 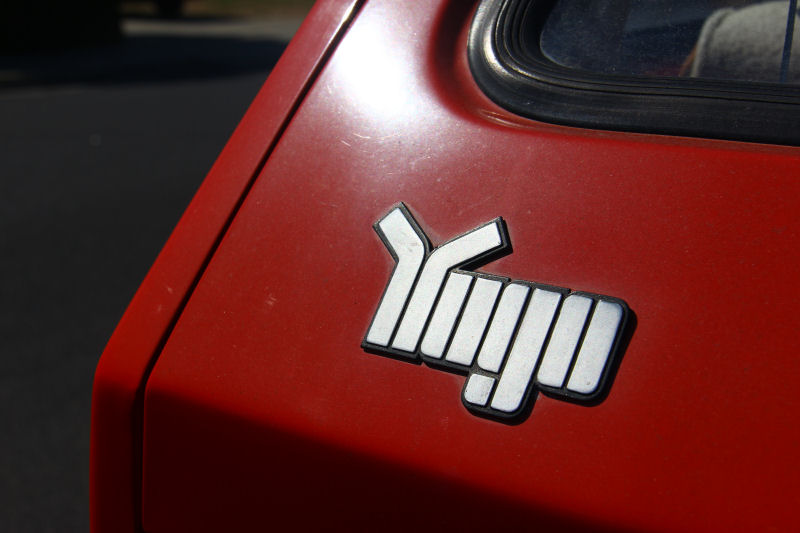 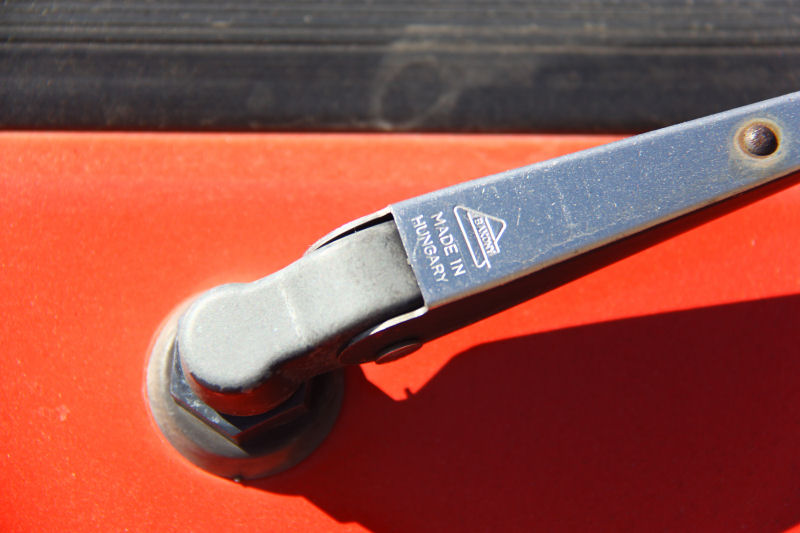 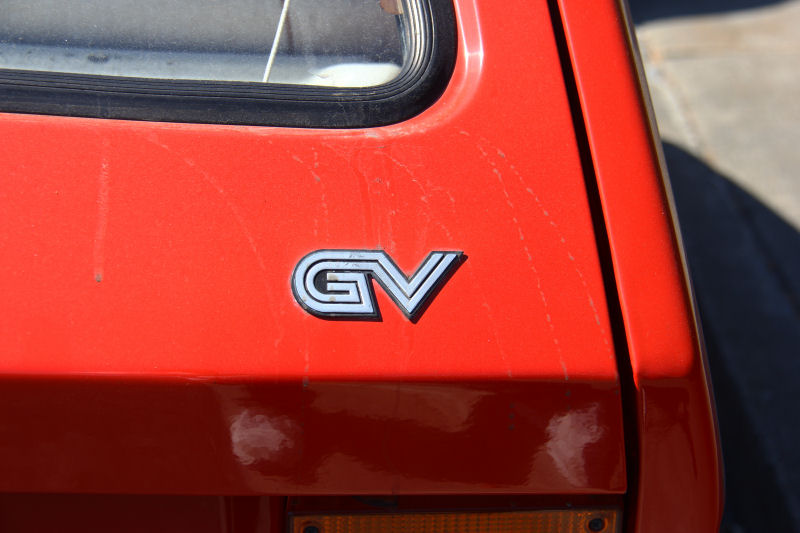 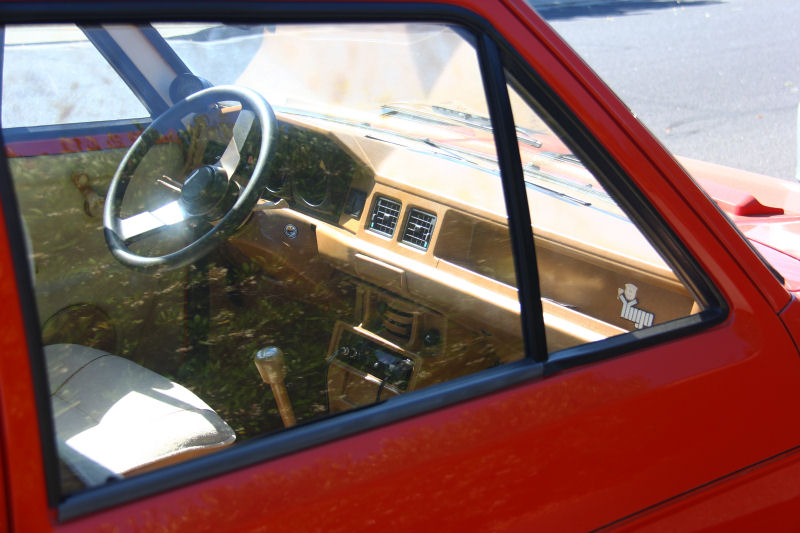 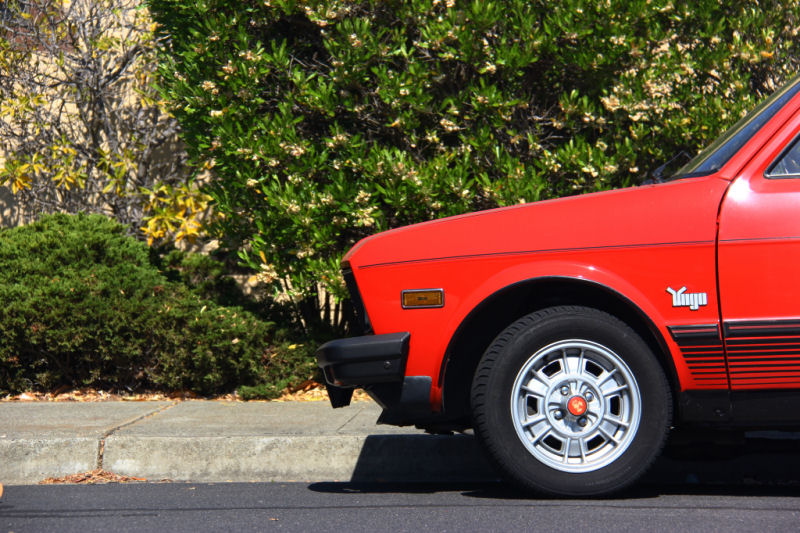 The Yugo I really want to find now is the Cabrio convertible. Very rare, rather unusual, and though it was produced from 1988 to 1990, apparently only 74 were brought to the U.S. and only in 1990. In the meantime, a orphaned Serbian hatchback with Italian roots is still pretty cool all by itself.
Posted by Jay Wollenweber at 12:00 AM