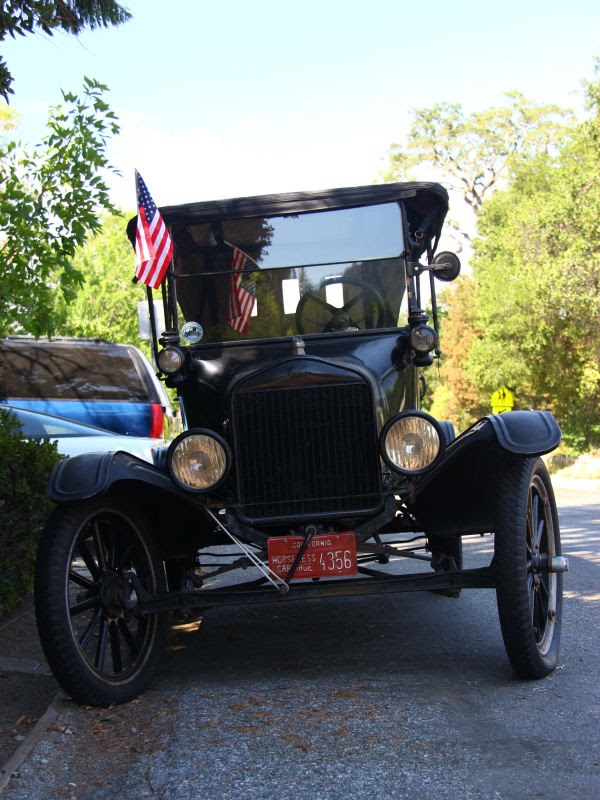 Today is the day after Thanksgiving, better known as Black Friday. It's the day when people forget everything they celebrated the day before and start tackling each other for discounted items on the first official day of the Christmas shopping season. Since some of us are still feeling thankful and the rest of us are out buying on Black Friday, what better car to feature than a Ford Model T? It's the car everyone ran out to buy because it was cheap, and it's black. Oh yeah, and you should darn well be thankful it existed. This is the car that revolutionized mass production techniques and interchangeable parts in the auto industry, and first made cars truly affordable to the average person. 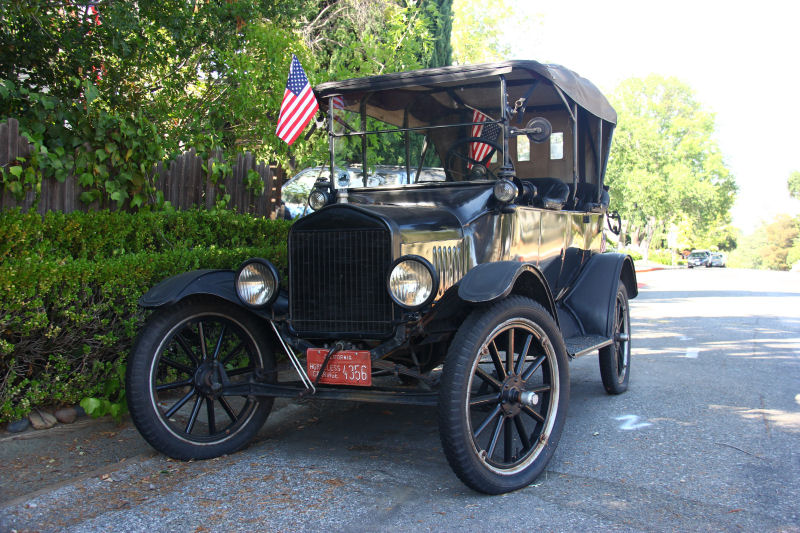 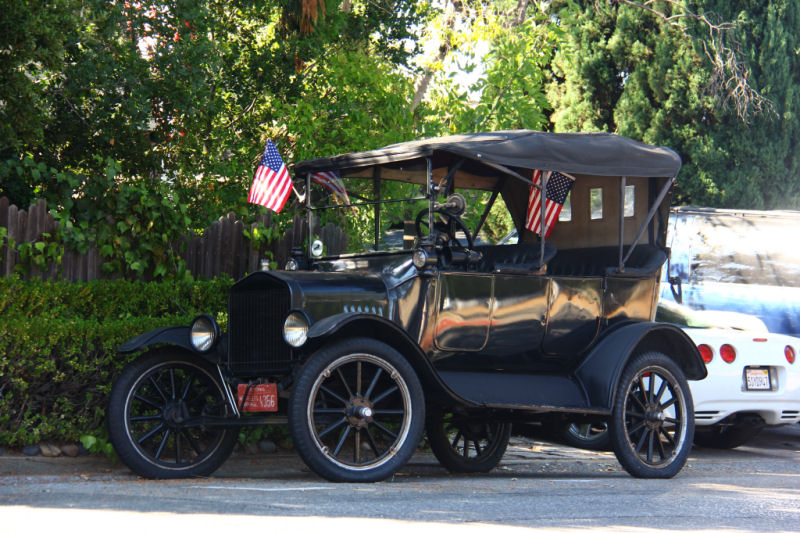 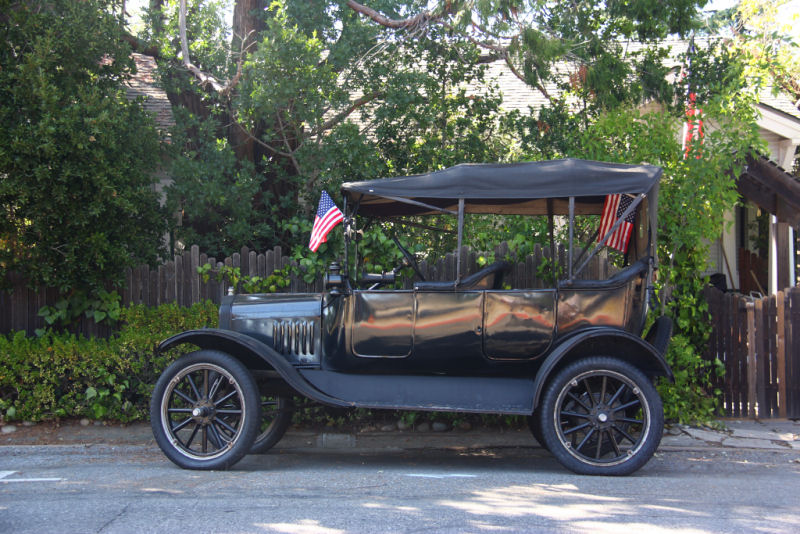 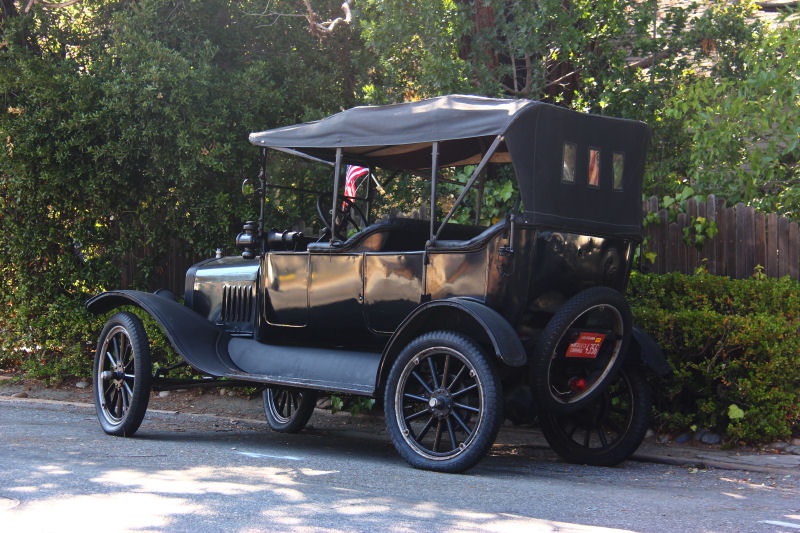 I did some research on the Model T and I still don't know a lot about it. It's possible to tell the different model years apart, but at a glance they look an awful lot alike. The T received a few very important developments during its remarkable 19-year life, including such options as an electric starter which became available in 1919. This car may be a first-year starter car, and is no newer than 1922 because of its completely upright windshield, and no newer than 1920 because it has the L-shaped support bracket for the folding top, bolted to the quarter panel. The ribbing visible on this car where three pieces of metal join to form the rear quarters and back panel was also eliminated for the 1921 model year, giving newer cars a smoother, more finished appearance back there. 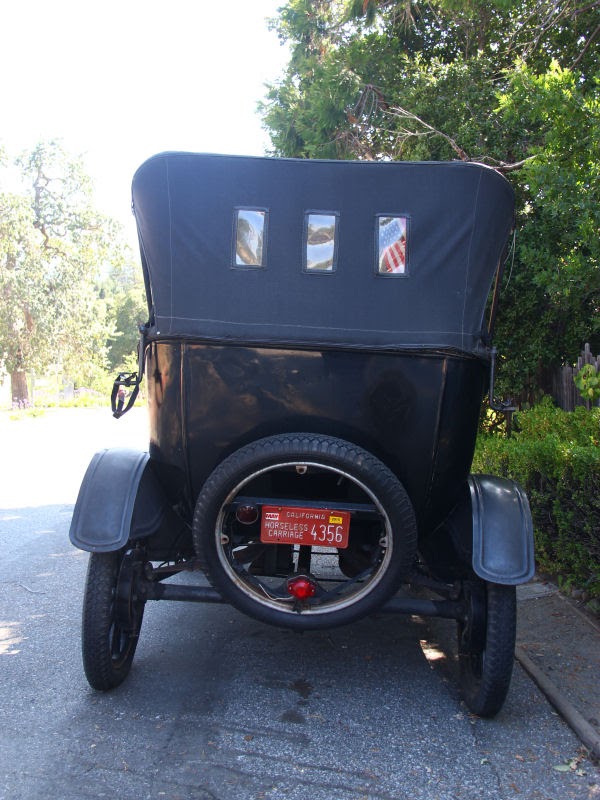 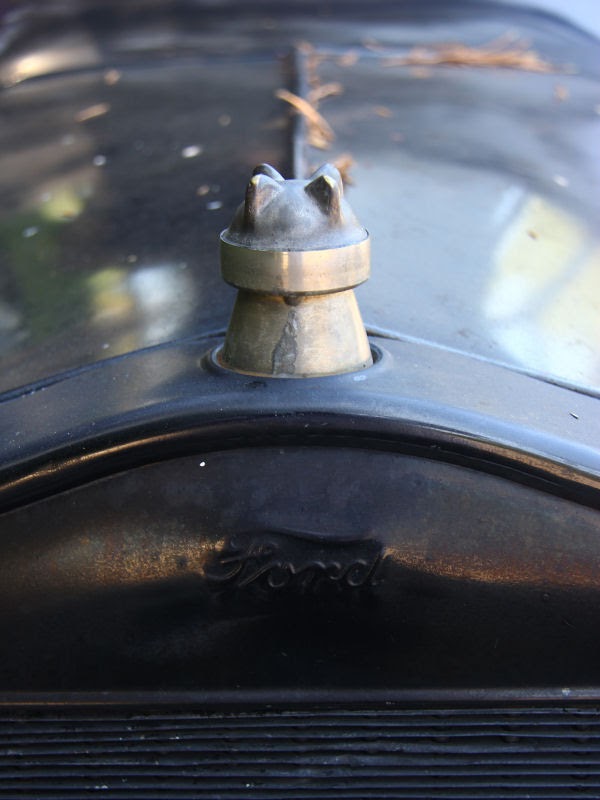 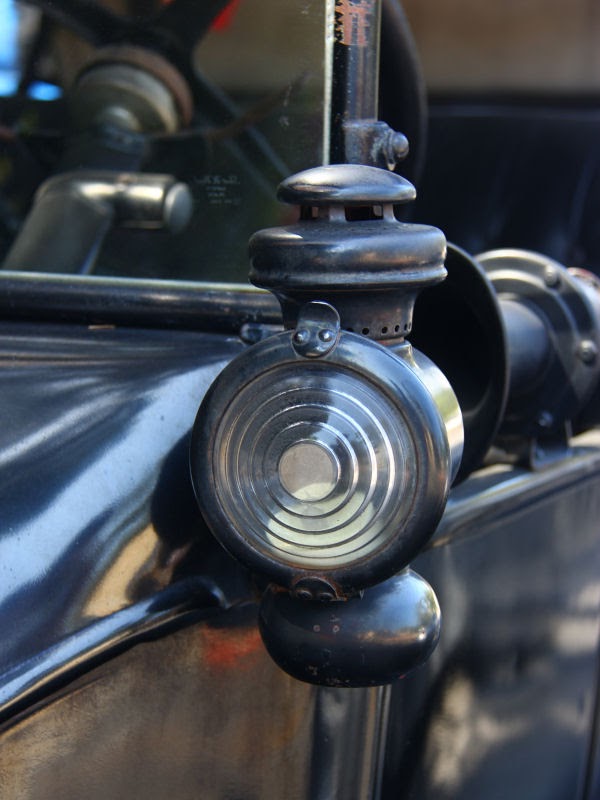 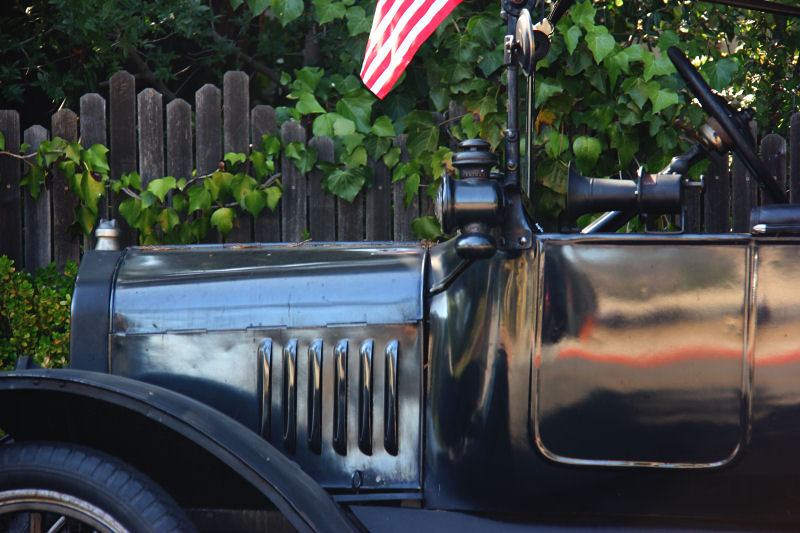 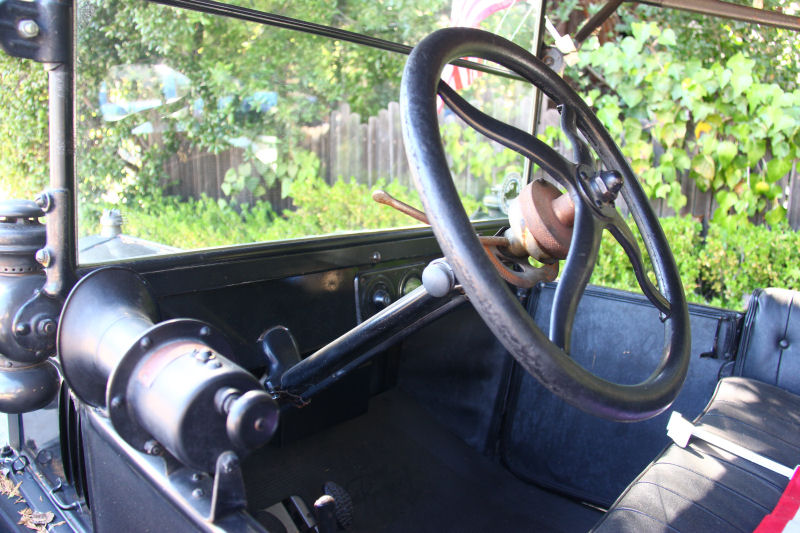 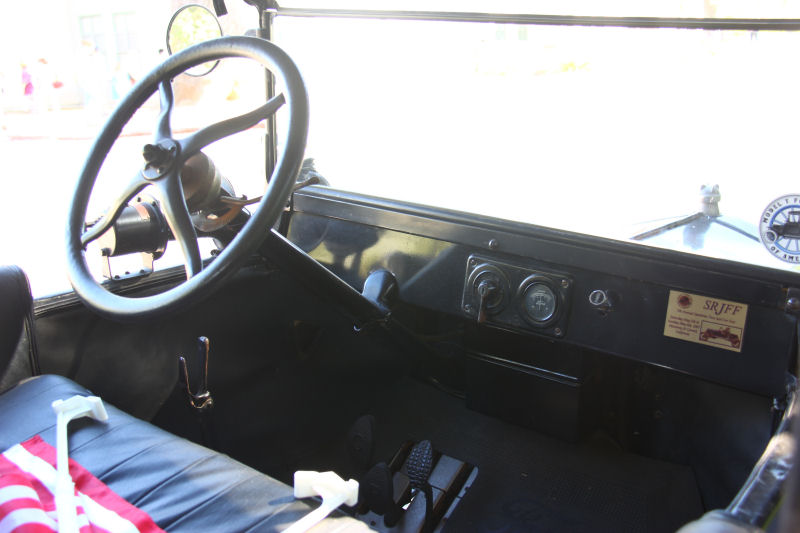 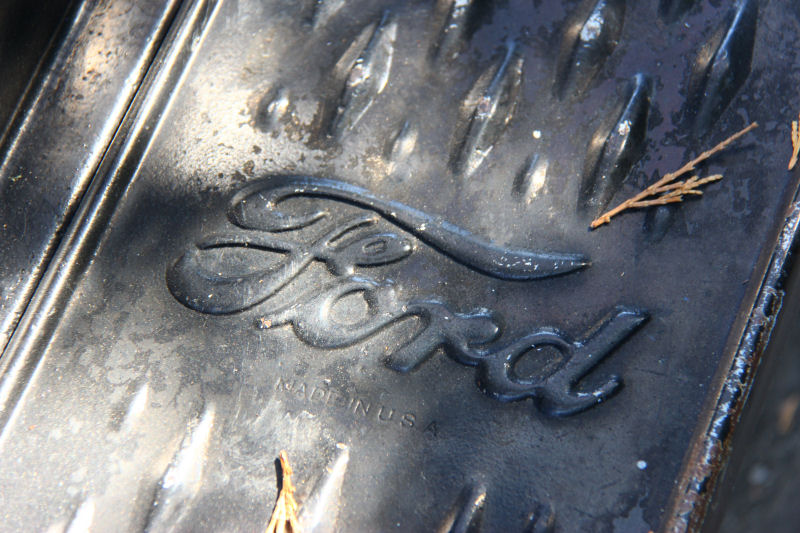 This T Touring has some cool accessory oil lamps on the windshield supports and a klaxon horn bolted to the driver's side "door". Note that on these cars the driver door is a fake. The oil lamps apparently were standard on non-starter cars but did not originally come on cars with starters. The Model T is a curious mixture of primitive and relatively modern technology, with single transverse leaf springs in front and rear for suspension and wooden wheel spokes. The transmission is unlike anything most people today have ever dealt with - a clutchless two-speed manual with gears controlled by floor pedals. I listened to the owner of the 1919 Touring Car featured previously, when he demonstrated his car at the Park Street car show this past October in Alameda. He commented that once in gear with the hand throttle set, the car effectively has cruise control. This car, found on the street in Saratoga, looks to have had a sympathetic restoration that maintains some patina (also suggesting the car is regularly used and enjoyed), while making the 95-year-old car presentable for display. The owner appears to be a member of the Model T Ford Club of America and participates in driving events, which is wonderful. These cars are made to be driven and they certainly make people smile.
Posted by Jay Wollenweber at 12:00 AM