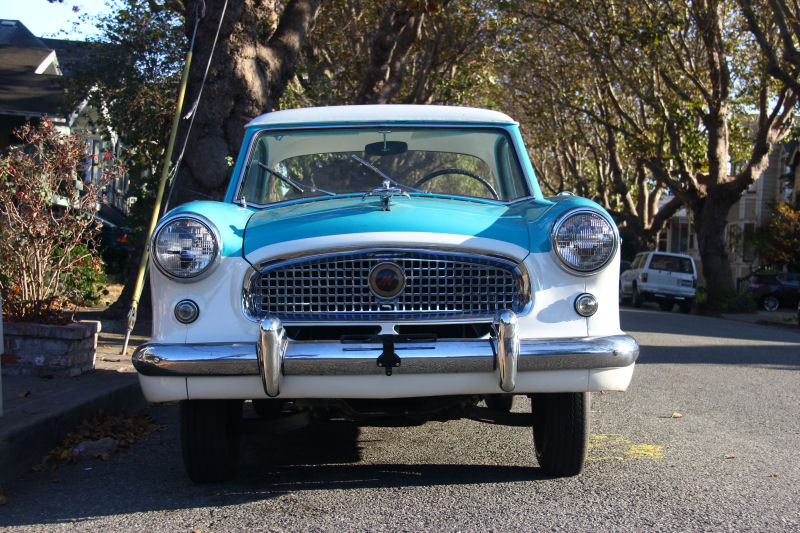 After a succession of several "bad" vintage compact cars that are sort of cool, let's look at one of the early compacts that was a bit of a joke in its own time. This is the second Nash Metropolitan that's appeared here. Both hailed from Alameda, a place that with its 25-mph speed limits appears to be the domain of Model Ts, neighborhood electric vehicles and Nash Metropolitans. 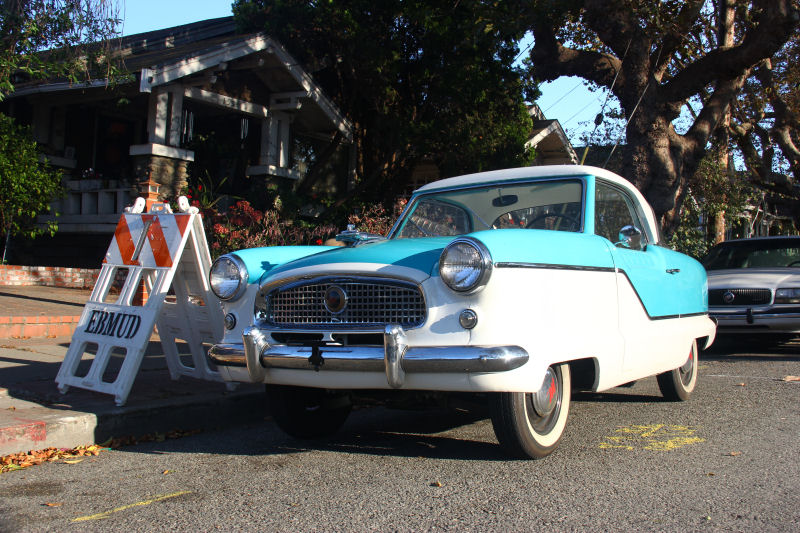 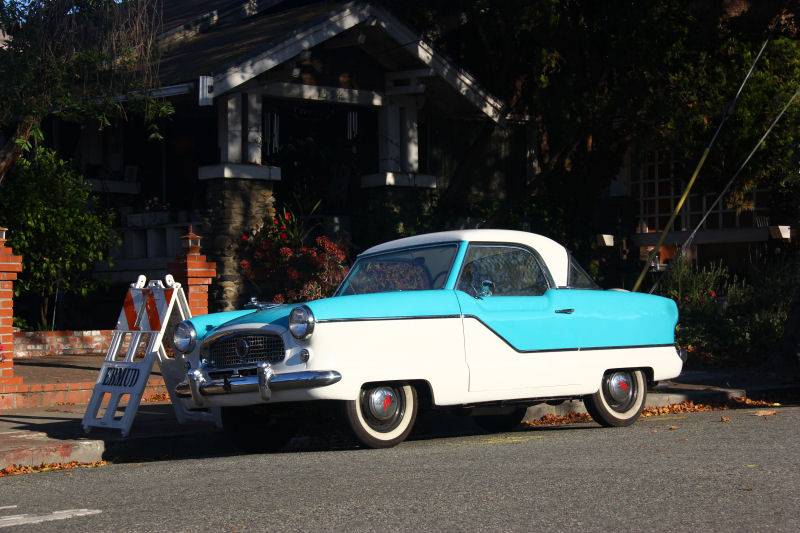 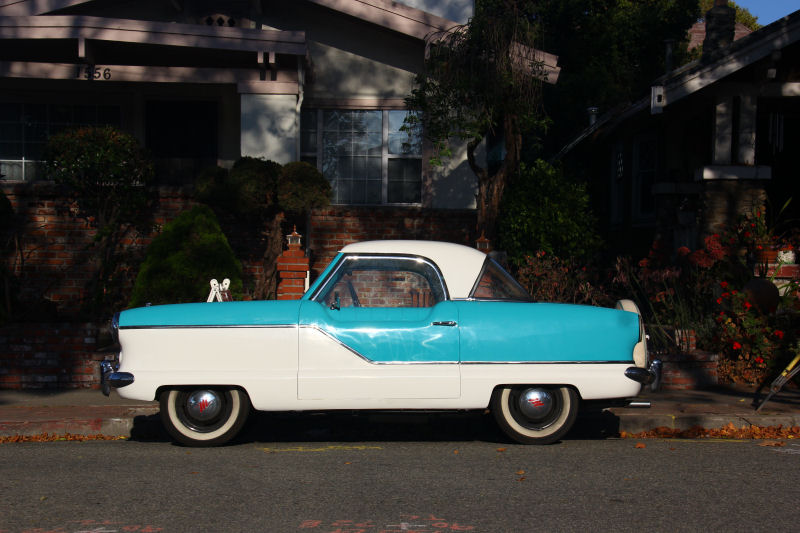 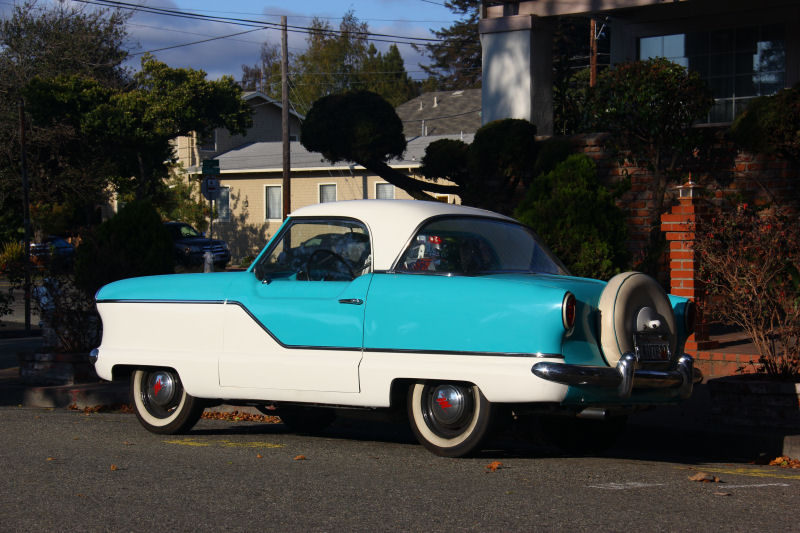 Alameda is a wild card town for carspotting. It was the territory of Jalopnik/Truth About Cars blogger Murilee Martin (Phil Greden) who published his Down On The Street feature with over 500 Alameda cars over a few years. Now I go there occasionally, trying to track down his old sightings as well as a number of new ones. 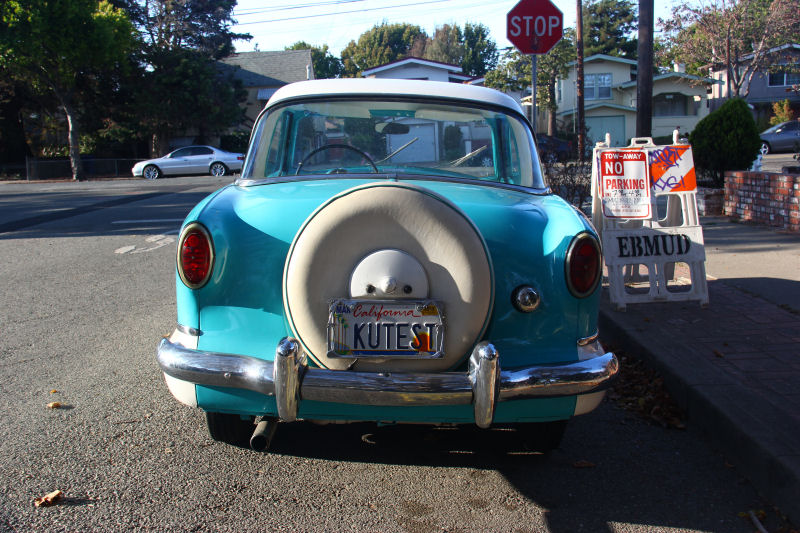 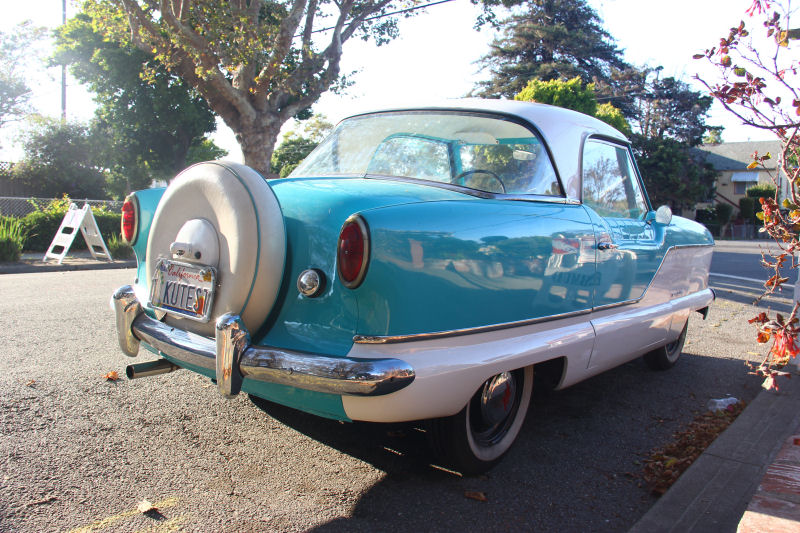 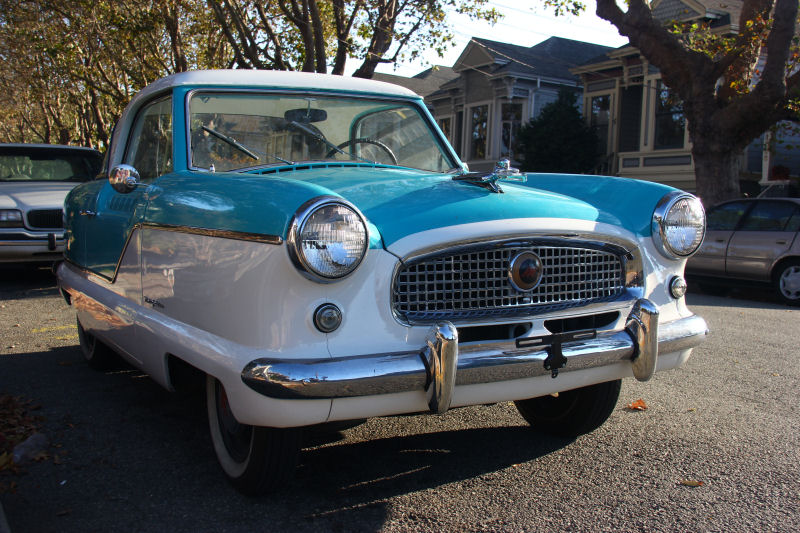 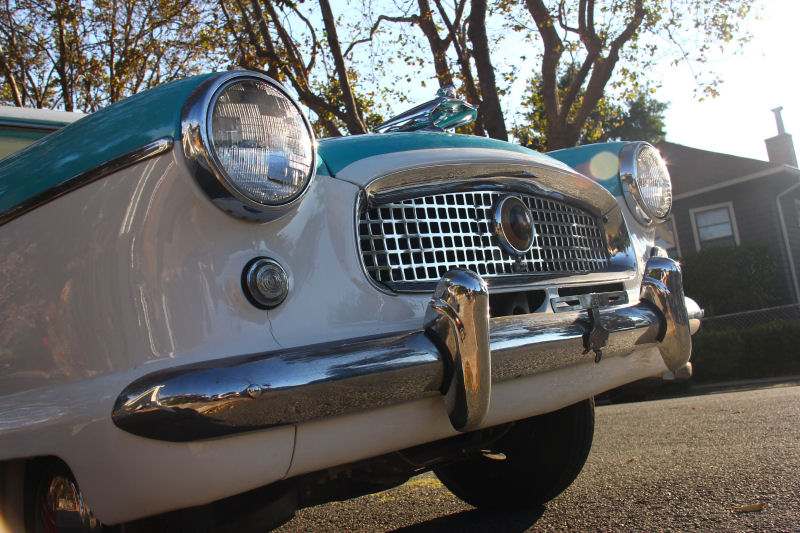 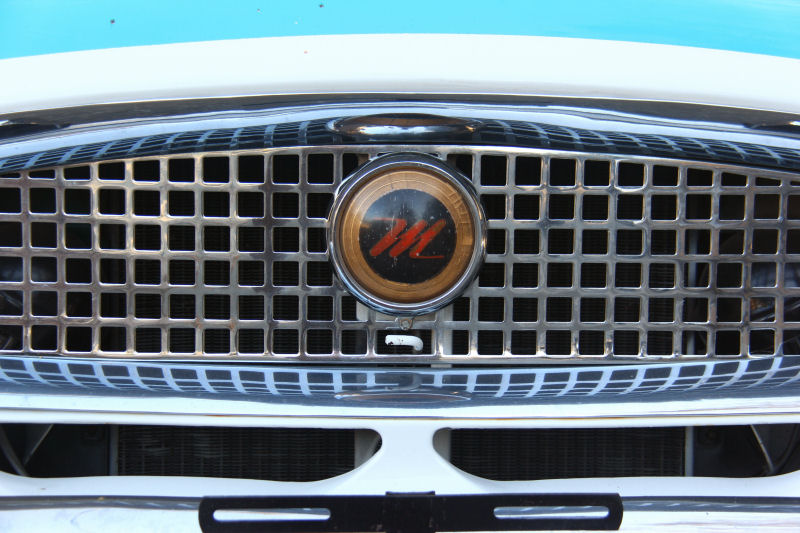 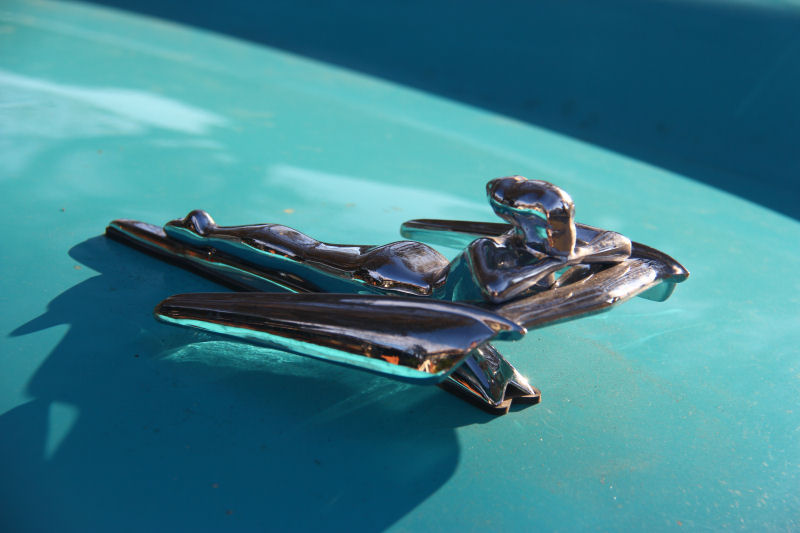 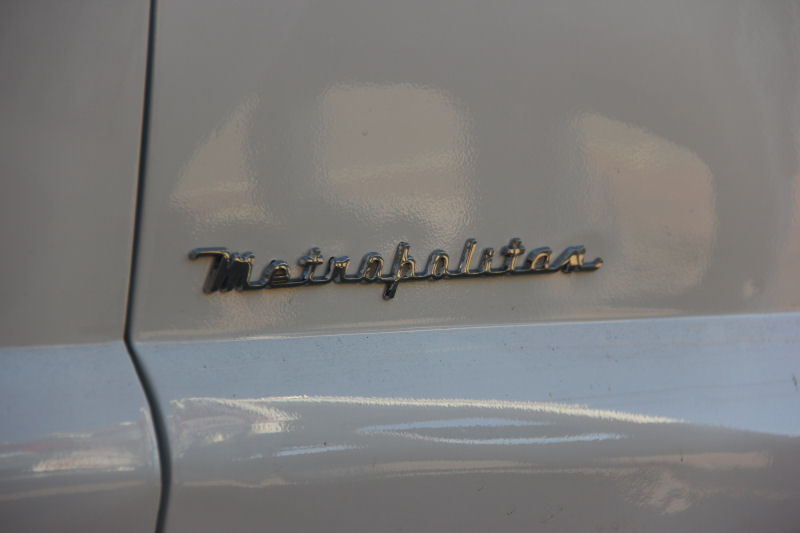 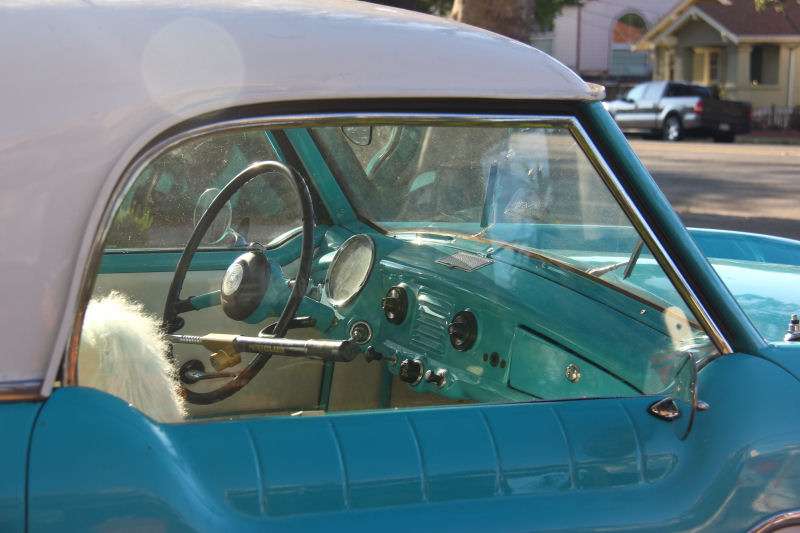 This Metro turned up one evening when I decided to kill some time in Alameda on the way back from San Francisco. The diminutive runabout begged to be photographed, painted a cheerful Caribbean Blue over Frost White and sporting skinny little whitewalls complete with Continental spare out back. It's a very cute and feminine-looking car, with a hood ornament of a woman from the factory and the custom addition of a very fuzzy seat cover. The license plate, "KUTEST", is apt. Interestingly, I found out later that it is owned by a lady, after I saw it entered in the Park Street Car Show this past October. It was parked next to a matching blue and white first-generation Ford Bronco owned by her husband. I don't often see his-and-hers classics, but I thought that was a great pair.
Posted by Jay Wollenweber at 12:00 AM