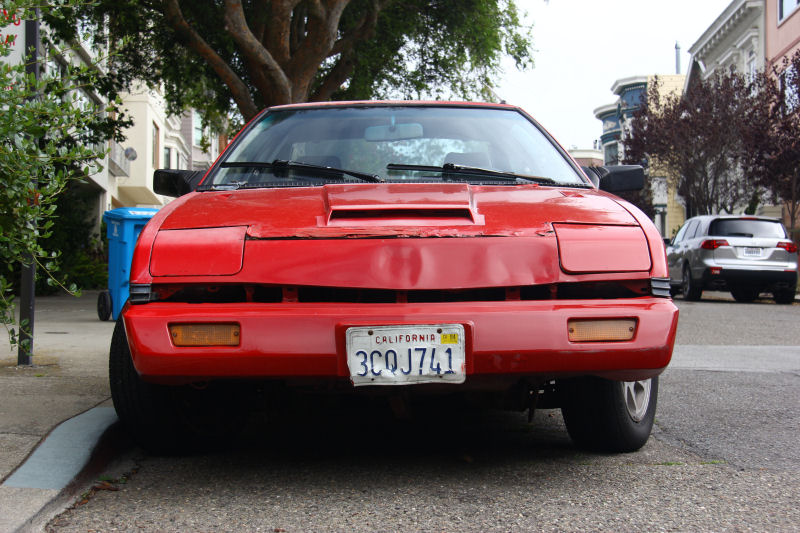 A couple days ago we took a look at a 1920s American luxury car. Now for something completely different, a 1980s Japanese compact turbocharged sport coupe. This is a 1983 Mitsubishi Starion. 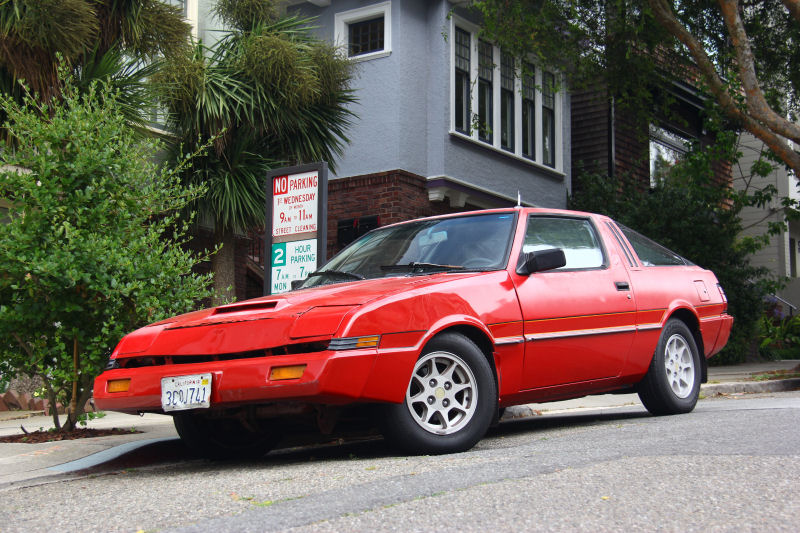 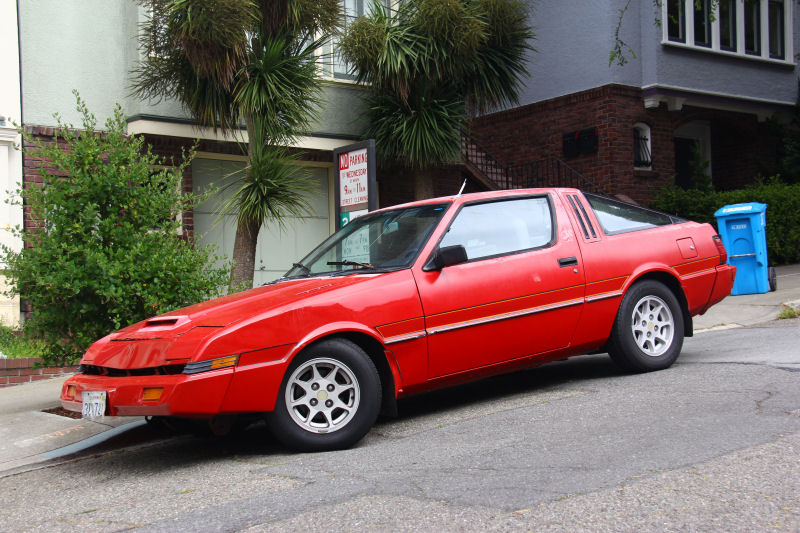 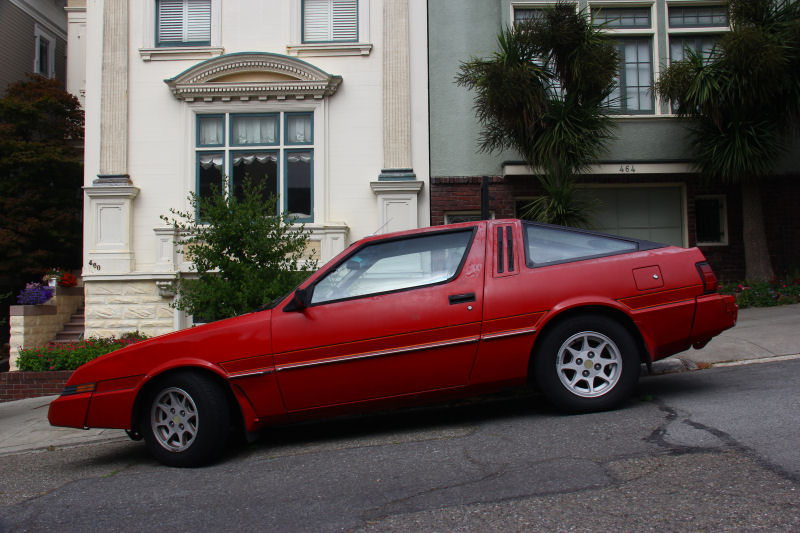 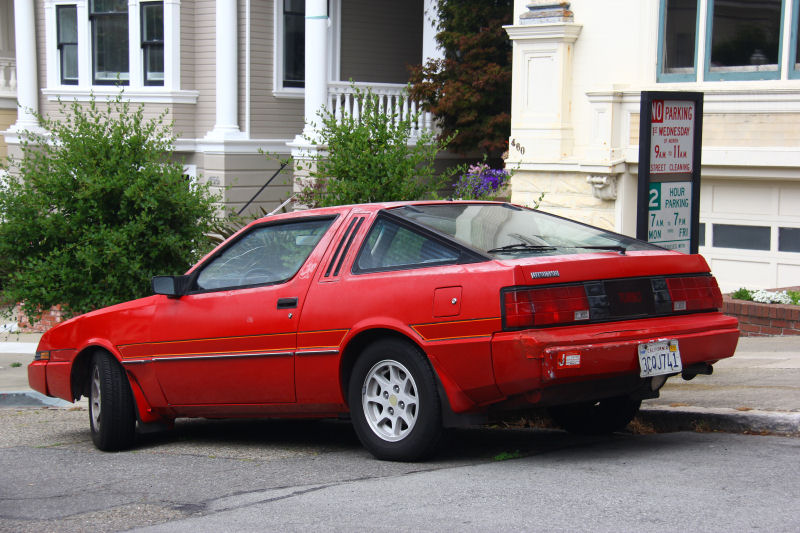 I photographed this car because most Americans know the Starion as a sporty-looking car with flared fenders and a spoiler. Many also know that, being a Mitsubishi, the Starion was subject to Chrysler's influence and spawned multiple Mopar-branded captive import clones in the form of the Dodge, Chrysler and Plymouth Conquest. What many don't know is that the Starion was offered in narrow and wide body versions, a difference that was more than skin deep. Widebody cars featured a 2.6 liter intercooled turbo four, while narrow cars in most markets had a non-intercooled 2.0 turbo. This was because the Japanese government taxed cars based on engine displacement and vehicle width; the 2.0 narrow-body car fit into a lower tax bracket. It appears that for the American market, all Starions had the 2.6 turbo engine, and the widebody version included the Sports Handling Package and an intercooler. 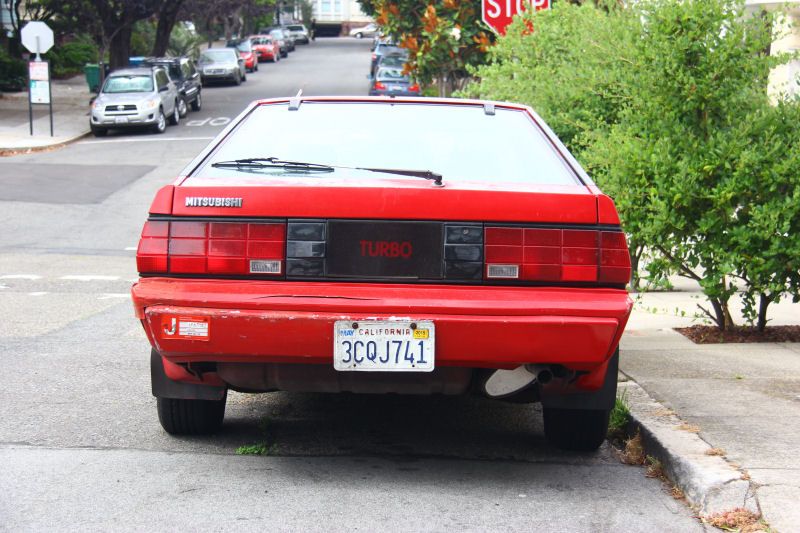 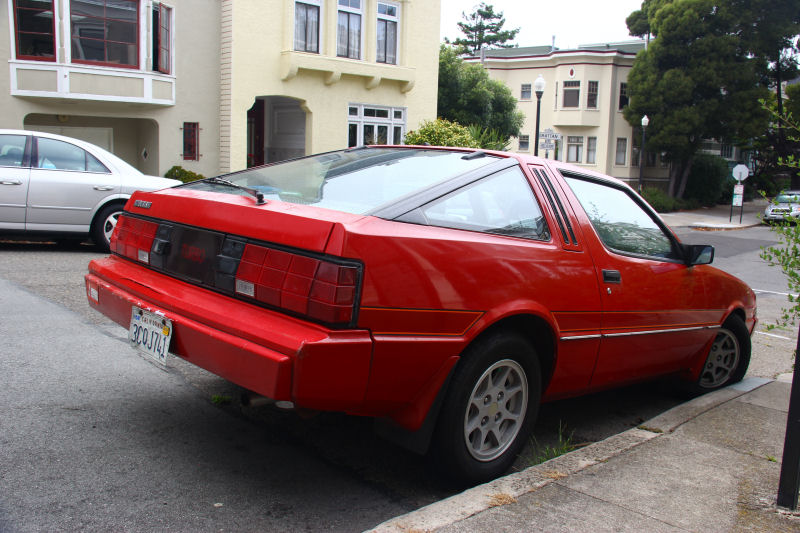 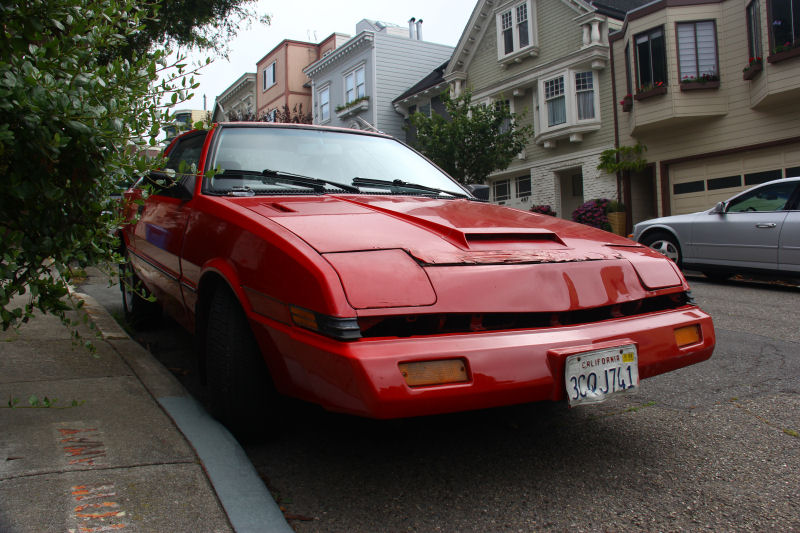 All US-bound Starions from the beginning of production until almost 1986 were narrow cars like this one. I've always liked the later widebody cars and the narrow ones have a much tamer appearance, like an economy car with only a hood scoop and TURBO badge to convince people it's special. The Starion's RWD chassis was derived from the boxy, formal-looking Mitsubishi/Plymouth Sapporo coupe.
This car hails from the first year the Starion was sold in the US. At first glance, approaching from behind, it looked relatively solid and original. The red paint is shiny in most places but fading in others. The front fascia is beat up and the hood appears to have red duct tape on the leading edge to hide rust. The grille insert is missing and the rear bumper is cracked from some long-ago impact. The side graphics match the factory style, but masking lines on the rubber weatherstripping around the windows tell me that this car has been repainted. 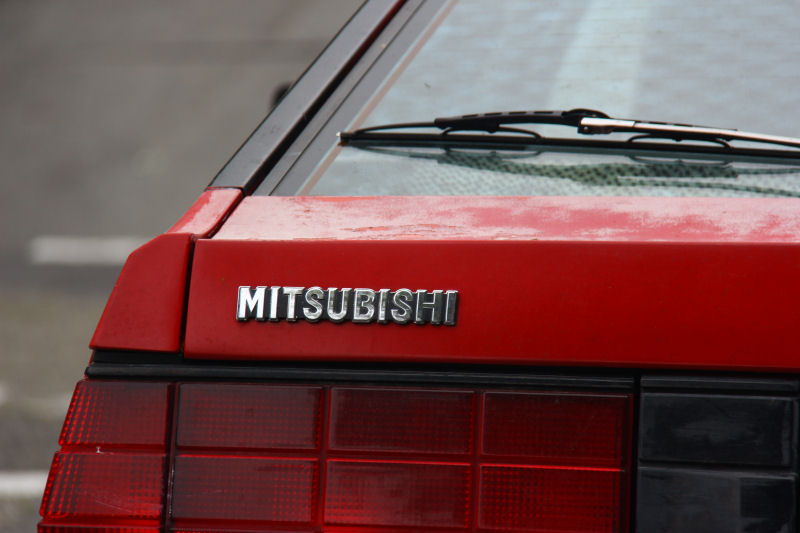 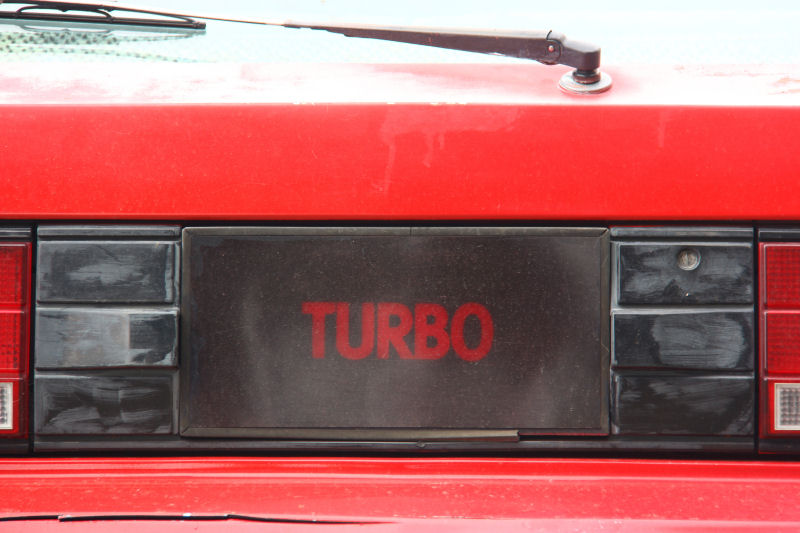 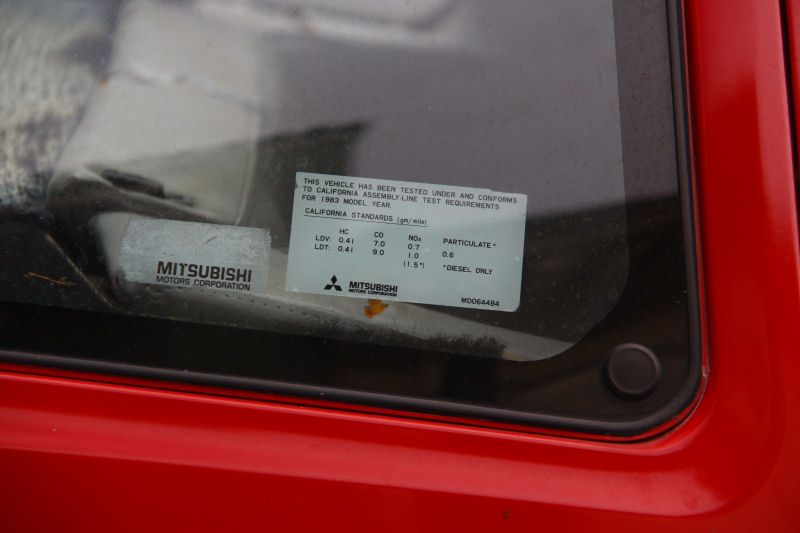 If I had to choose between a Starion and the Sapporo on which it's based, I'd have to make some qualifications. I'd probably go for a late-model widebody Conquest TSi, perhaps in red or black. Most model years of the Sapporo (and its mislabeled Dodge Challenger twin - yes, you read that correctly) are extremely generic; they range from a chrome-trimmed, hubcapped second coming of the Dodge Dart, to a monochromatic plastic box of 1980s Japanese soullessness. The right paint, stripe and wheel package does absolute wonders for the Sapporo. The widebody "Starquest", however, just looks right from the factory. Even the narrow-body Starion is sportier and more visually interesting to look at than your average Sapporo or the FWD Cordia hatchback. It's kind of a cool little '80s footnote.
Posted by Jay Wollenweber at 12:00 AM