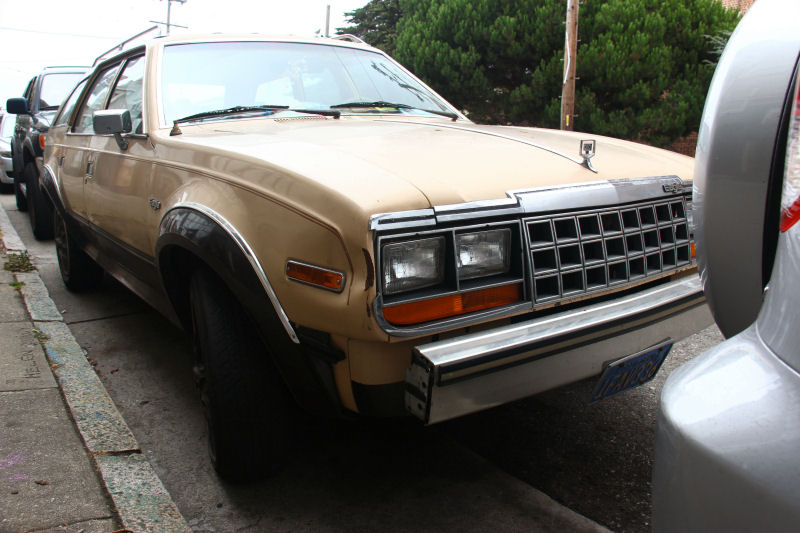 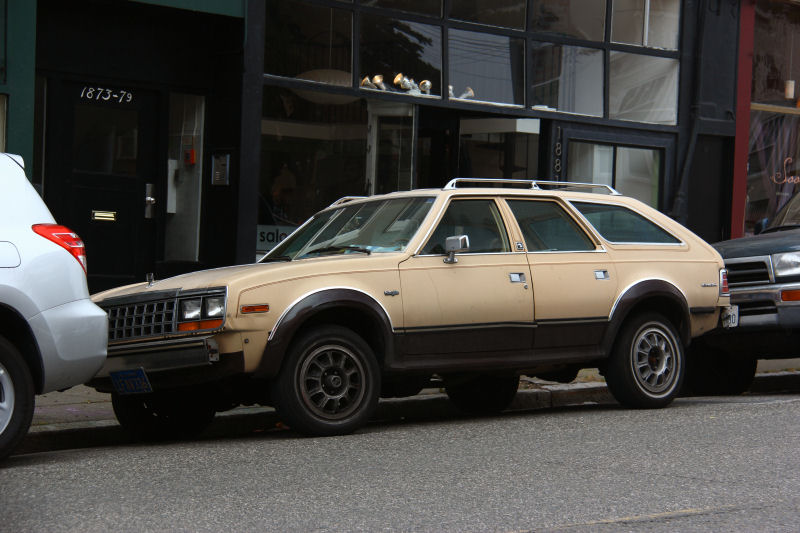 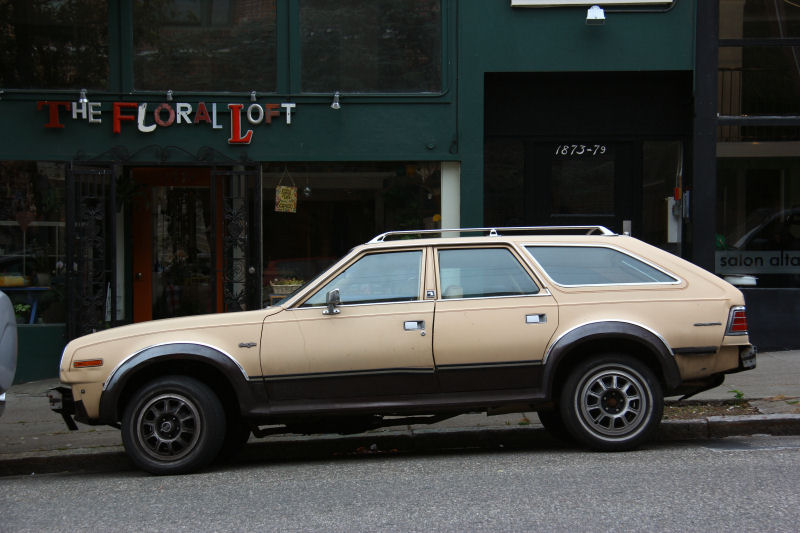 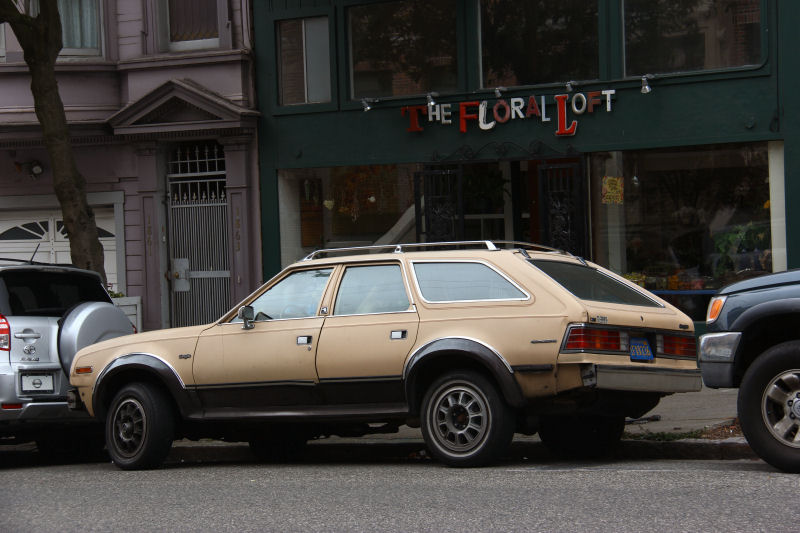 The Eagle is one of the first crossover-type vehicles, a domestic alternative to a Subaru. Not many four-wheel-drive passenger cars were available on the market, so the Eagle was something pretty special in its time. It was available as a station wagon, sedan, coupe, Gremlin-based "Kammback", SX/4 hatchback and even a limited-production Sundancer convertible by Griffith Company coachbuilders. Two-wheel-drive versions of the wagon, coupe and sedan were also available as the Concord, and the Spirit hatchback was a twin of the Eagle SX/4. AMC had to be clever with product given their shoestring budget, so most of these cars were restyled and rebodied versions of the 1970s AMC Hornet, and featured inline-six engines developed from 1964. Economy models were available that used AMC or GM 2.5-liter fours, and even a diesel conversion was offered in its first year. The diesel sold all of seven units. A total of 197,449 Eagles were built from 1980 to 1988. 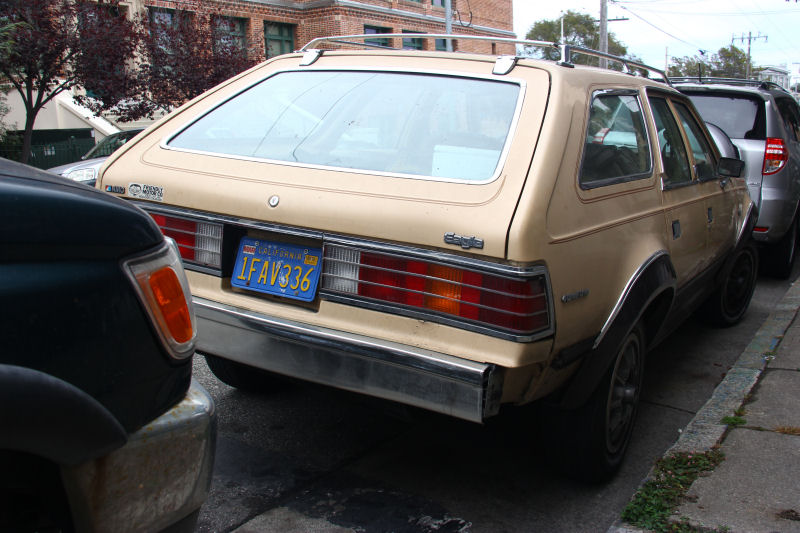 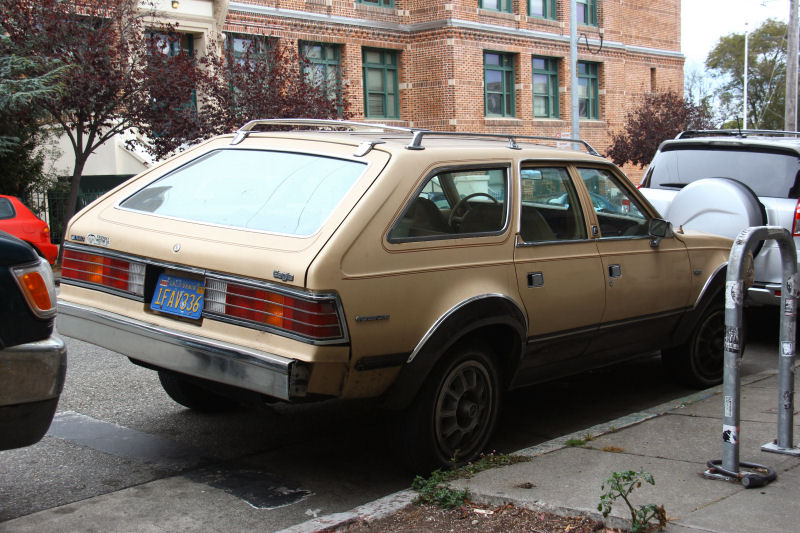 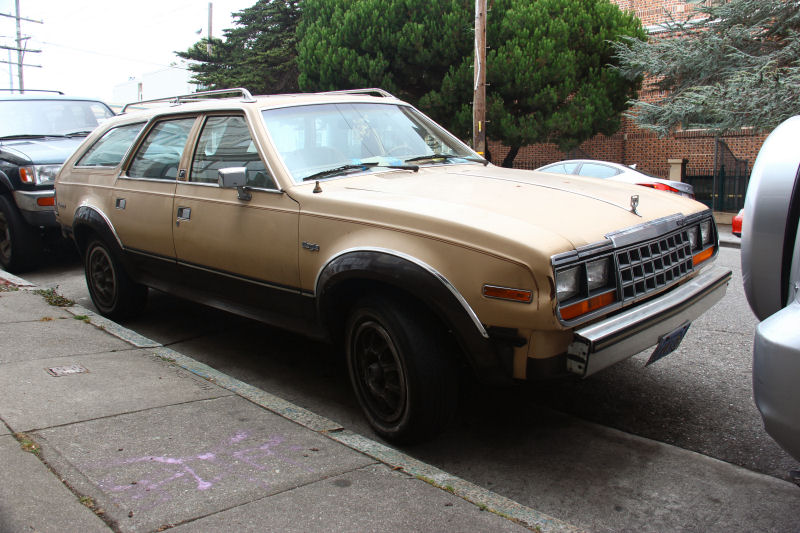 We've looked at an Eagle here before, a modified trail rig, but I really wanted to shoot a stock one. I got my break while driving through San Francisco, oddly enough while tailing a vintage Rolls-Royce. I lost sight of the Rolls but happened to glance to my left while crossing an intersection and spotted a tan Eagle going the other way, one block down. I looped around and there it was, pulling in to park. I've found a lot of great street sightings this way. 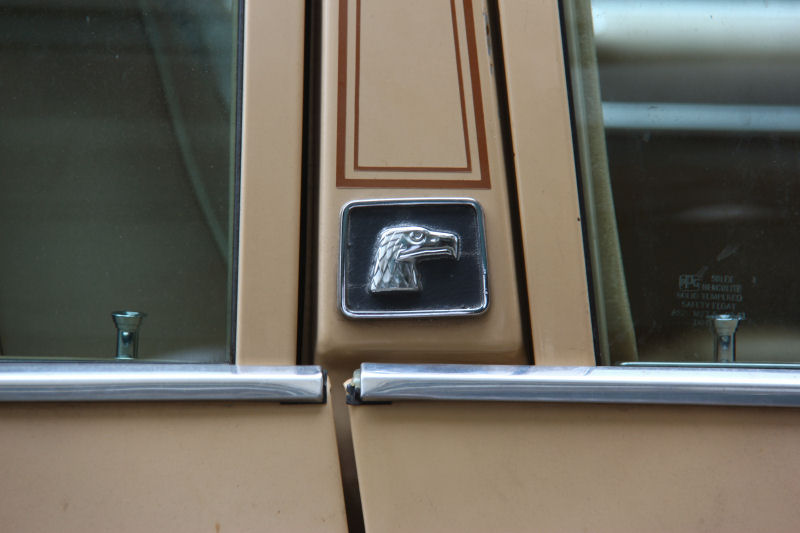 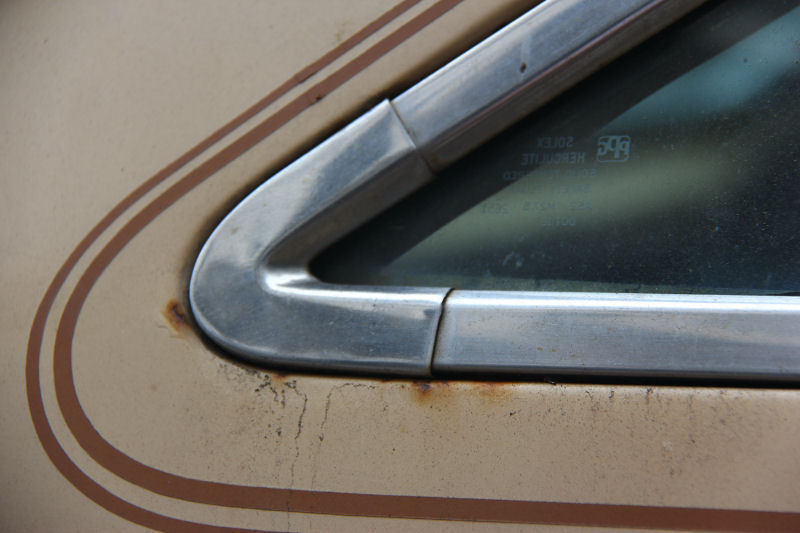 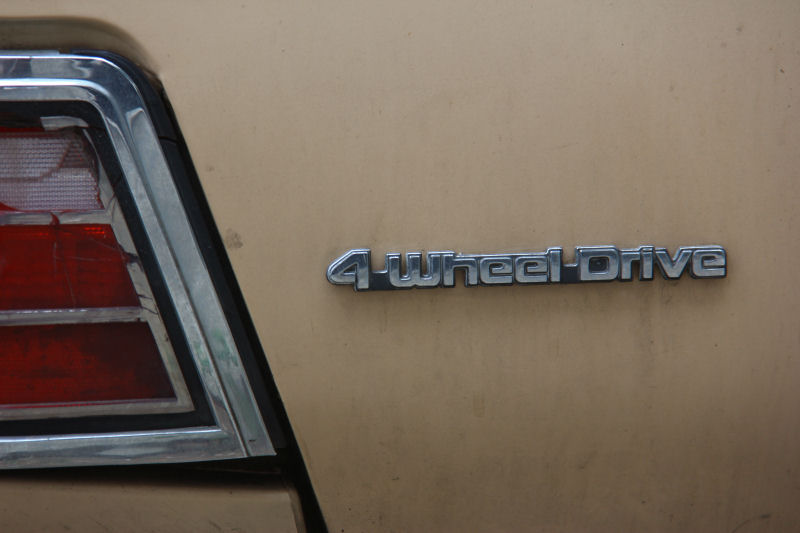 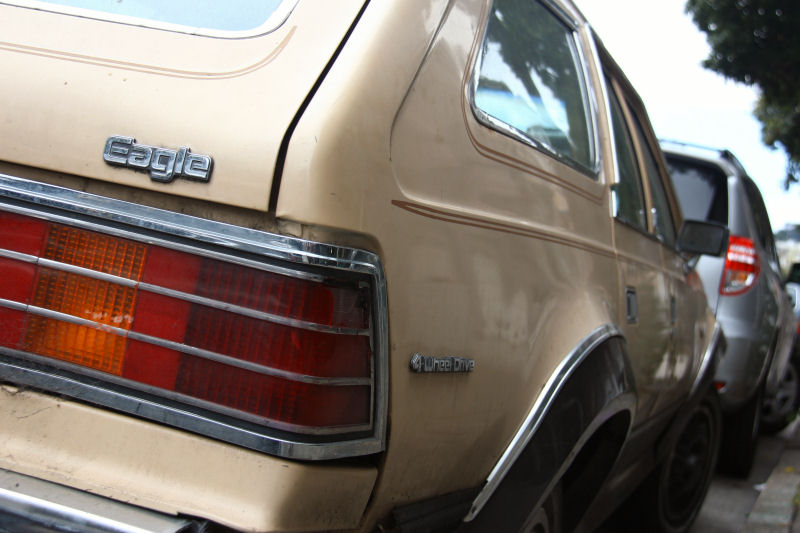 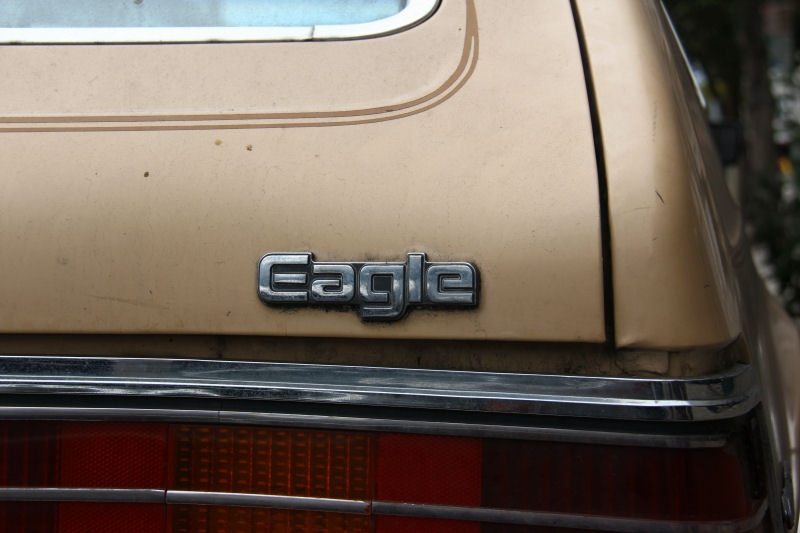 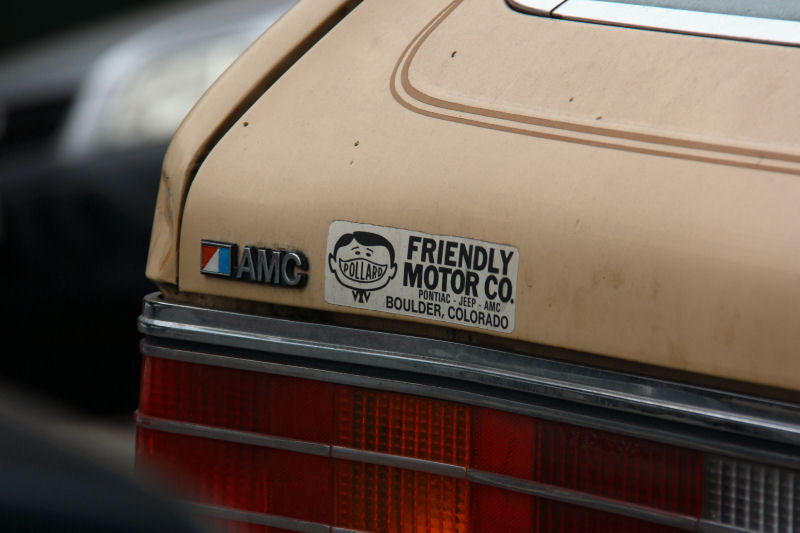 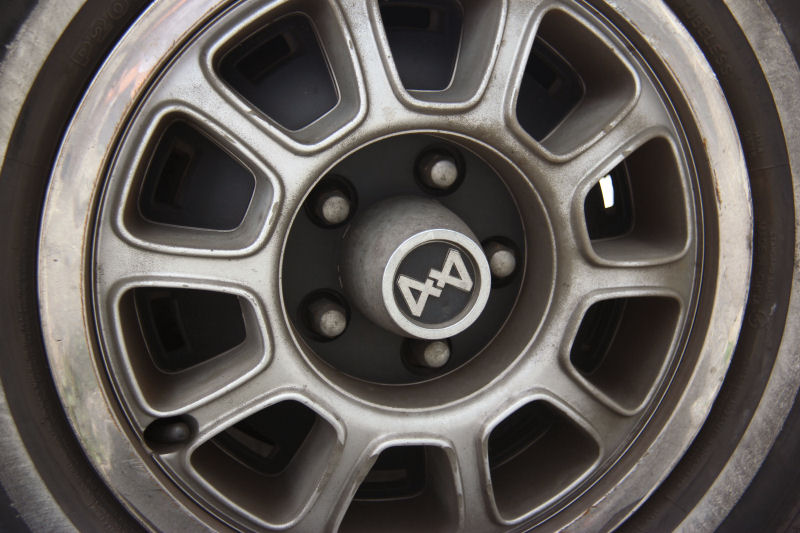 The 1981 Eagle was the first to adopt the typical Eagle look with a plastic chrome eggcrate grille (the inaugural model used horizontal bars similar to the Concord), and featured full-time 4WD and a choice of 2.5-liter four-cylinder or 4.2-liter straight-six power. This one wears the original Cameo Tan over Dark Brown paint and styled wheelcovers. These are tough cars and this one seems to have run into a lot of things with relatively little damage except all the bumper end caps are gone and the front fenders are beat up. This could be a fairly easy restoration project. I'd be tempted to make it a Sport package clone with blacked-out grille, foglights and AMC 5-spoke aluminum wheels in place of the hubcaps which I've never liked. I love the Eagle wagon despite its slightly awkward styling and dated technology. It's just a cool old beast that's practical, spacious, sounds pretty good and can take a trail if necessary.
Posted by Jay Wollenweber at 12:00 AM