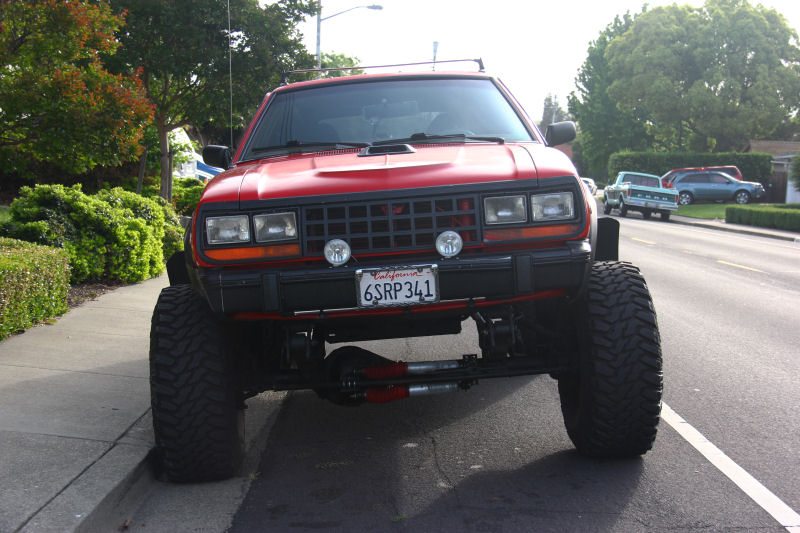 This is Independent's Week, a recurring annual series in honor of America's Independence Day. This time around, we're looking at American Motors station wagons. This one is a 1986 AMC Eagle. 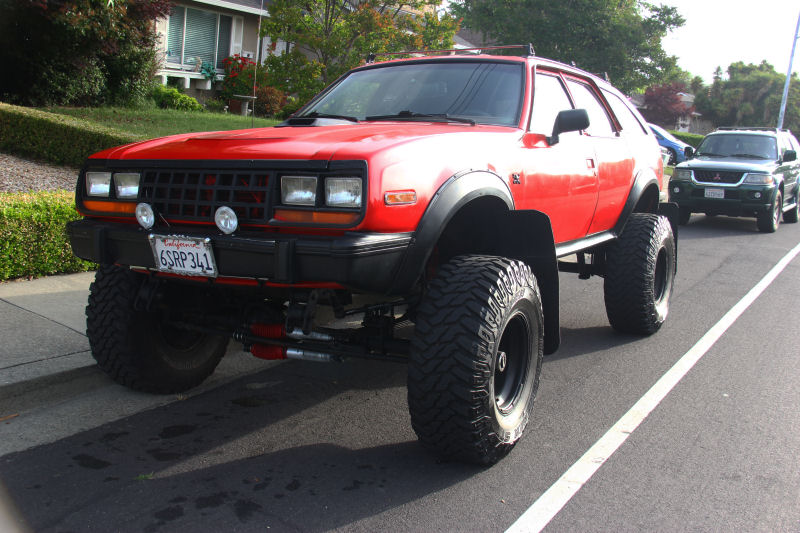 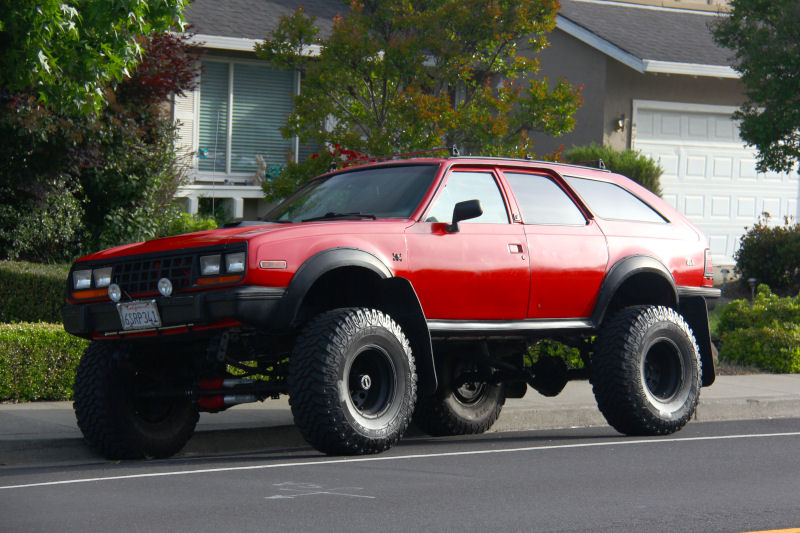 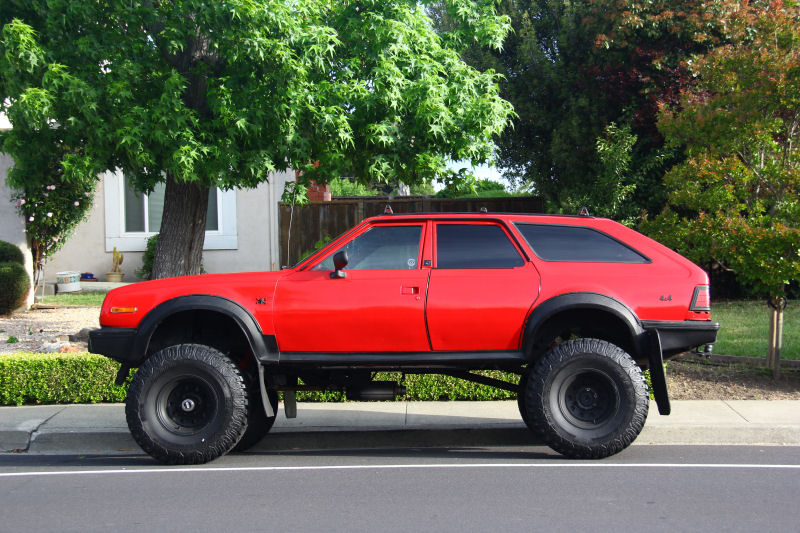 I've been wanting to find an Eagle for a long time. These cars have an interesting history dating back to the first AMC Hornet Sportabout wagons from 1971. That's right; AMC managed to milk seventeen model years out of the same body shell. After the Hornet had its run, the wagon became the Concord, and then in 1980 a four-wheel-drive variant was introduced which became known as the Eagle. The Eagle and rear-wheel-drive Concord were sold alongside each other for a couple of years until the Eagle fully replaced the Concord. Buyers could get an Eagle in several flavors, ranging from the 4x4 wagon to a 4x4 sedan, coupe, hatchback, SX/4 sport hatchback, and for a brief time even a coachbuilt Eagle Sundancer convertible (similar in concept to a Toyota Celica Sunchaser). During AMC's waning years in the mid-1980s, the Eagle wagon was its most notable non-Jeep product. 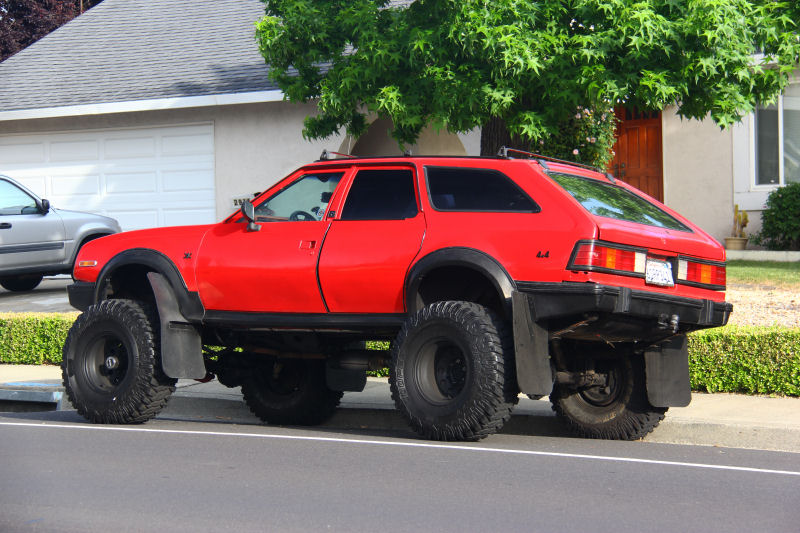 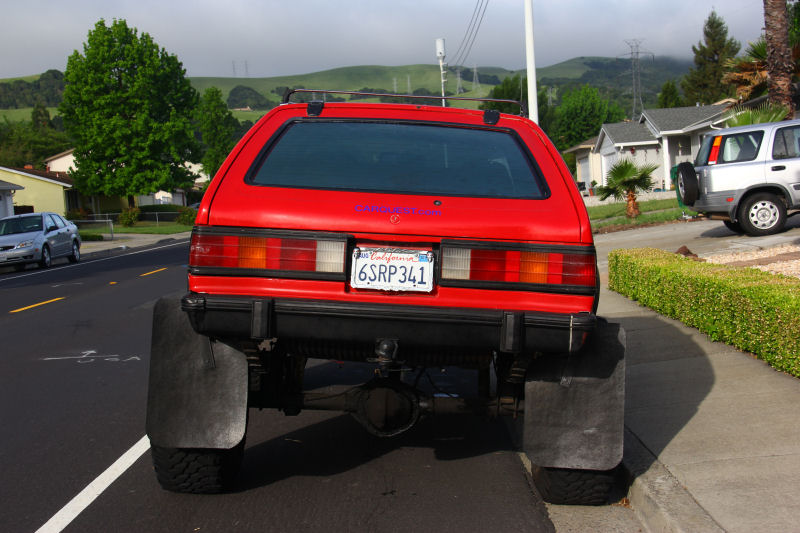 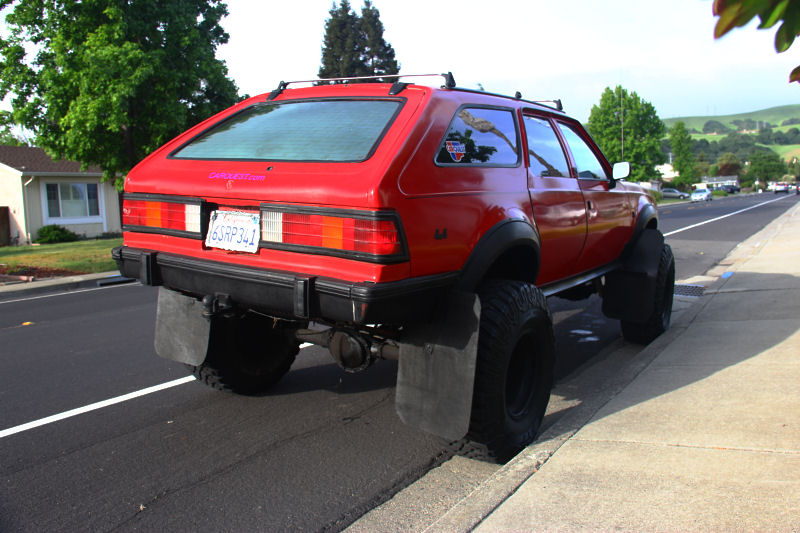 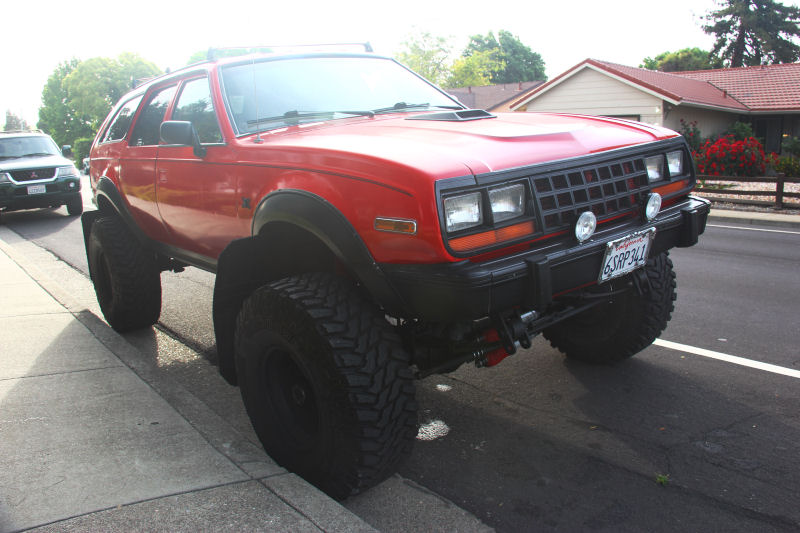 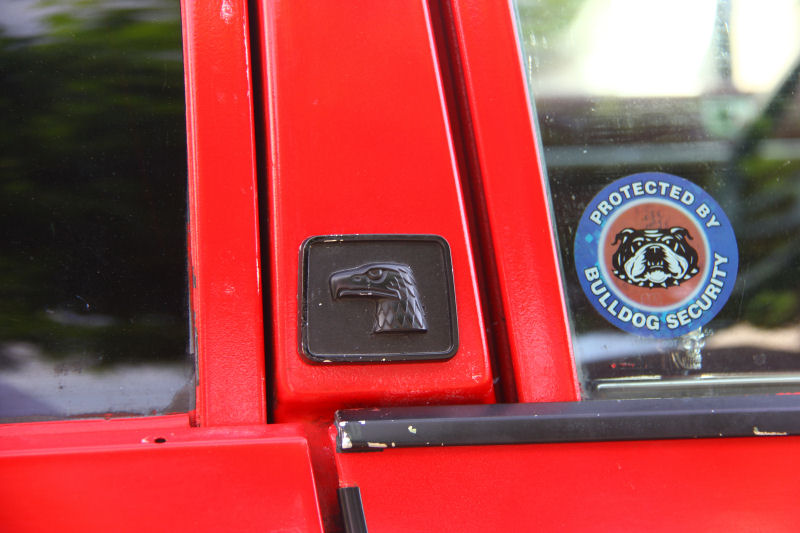 Most Eagles of this era were tough wagons that excelled at off-road duties. Many were powered by the 258 cubic inch inline six popularized by Jeep - and still used by Jeep decades after AMC closed down. Today the Eagle is becoming a fairly rare sight, but still has a following among off-road enthusiasts. As with Jeeps, some owners turn them into lifted trail rigs with big truck tires and heavy-duty suspension like this one. It's not really my style but I've always been more of an on-road, car guy rather than followed the 4x4 truck culture. The modifications on this car have made it more bro-truck than Brougham, covering all chrome trim with black paint and extra lights, scoops and decorative skulls. I'm usually not a fan of shaving the rear door handles on a four-door vehicle and this is no exception. To me it just doesn't look right (including on cars where the rear door handle is up in the window frame or pillar, like on an older Nissan Pathfinder). Oh well. Given the reputation these cars have for rust, it's good to see one surviving in such solid condition.
Posted by Jay Wollenweber at 12:00 AM