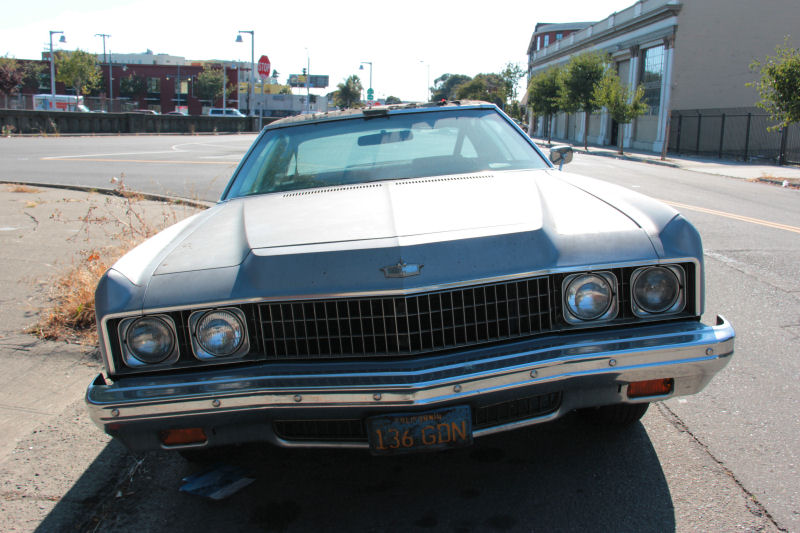 Actually, it's not that unheard of. Chevrolet built literally 800,000 of their big cars in 1973, and the luxury-oriented V8 Caprice accounted for 212,754 of them. That's pretty impressive for a full-size car today, with that segment of the (retail) market shrinking with each passing year. Chevy sold about 160,000 Impalas in the US and Canada last year, and you probably rented one of them. Back in 1973 though, a full-size car was still pretty much a fact of life and it was what you drove if you had a family of four or more. Yup, right up until that pesky OPEC oil embargo left you and all your neighbors waiting around the block for gas. 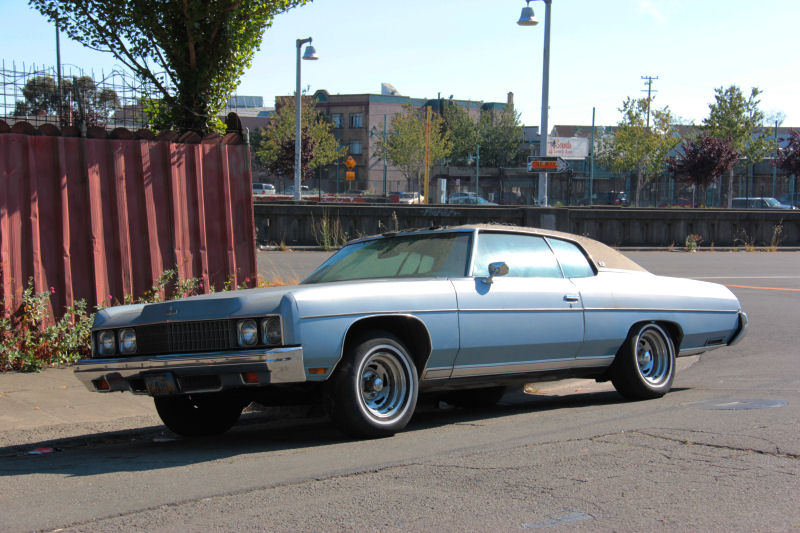 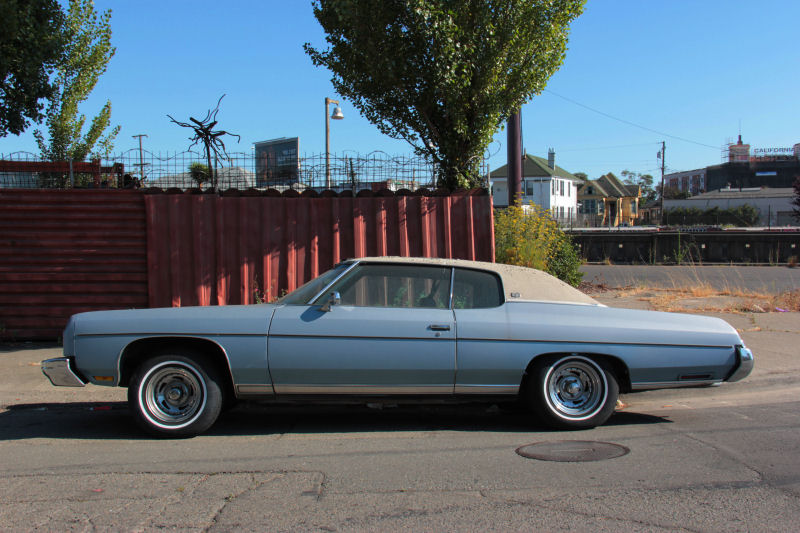 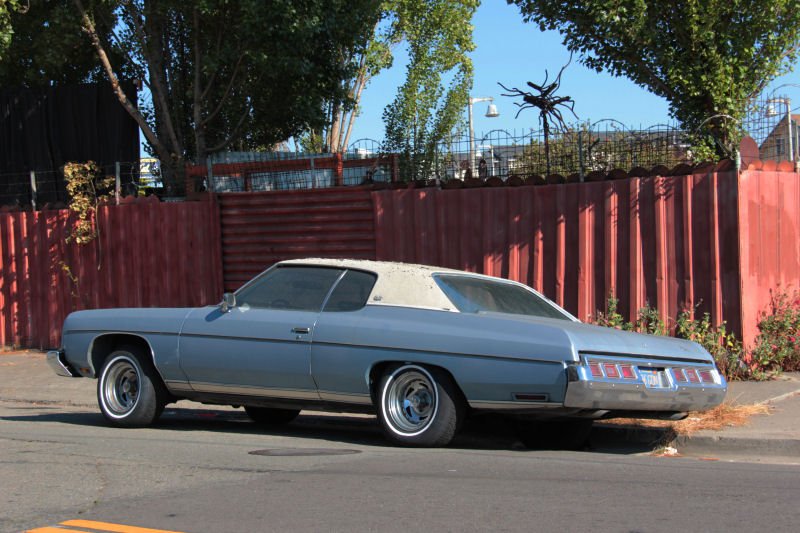 Today the 1970-1976 Chevy full-size cars seem to be popular with the high-riser crowd, and a lot of clean, low-mileage cars end up trading their 15-inch steelies and hubcaps for shiny chrome wagon wheels in ever-larger diameters and ostentatious bright metallic paint colors with the interiors redone in contrasting leather and TVs or stereo gear everywhere. I've gotten into the habit of photographing every clean original 1970s Impala or Caprice I see for sale at car shows, because I typically expect that it will never look that way again. Call me cynical, but that's the current trend. 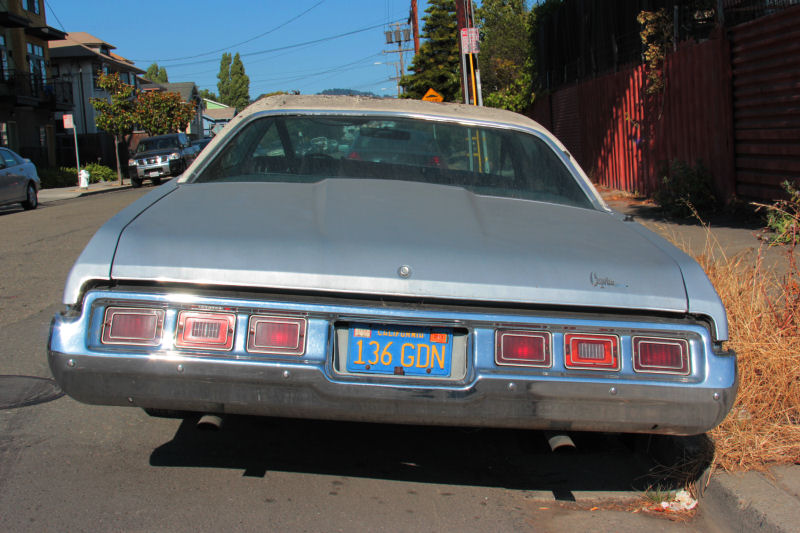 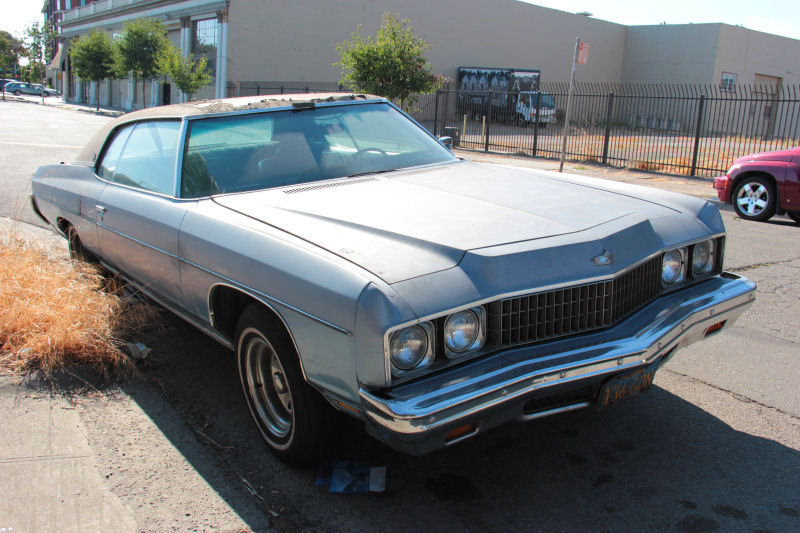 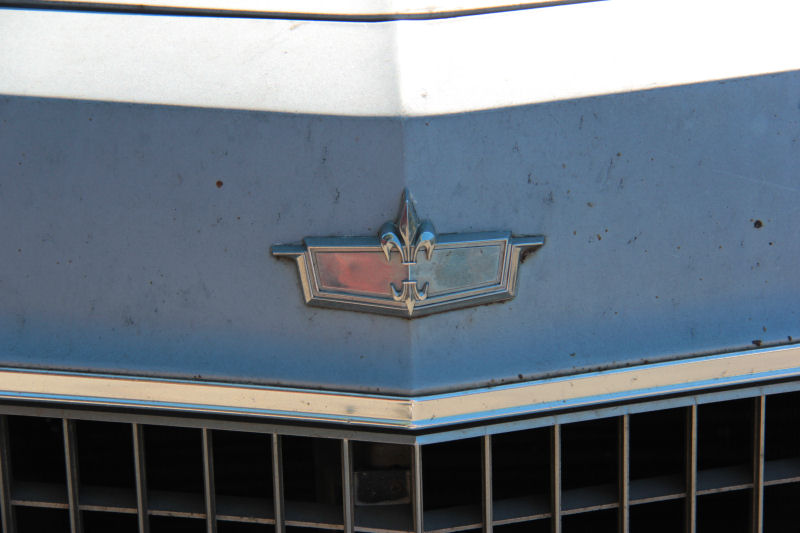 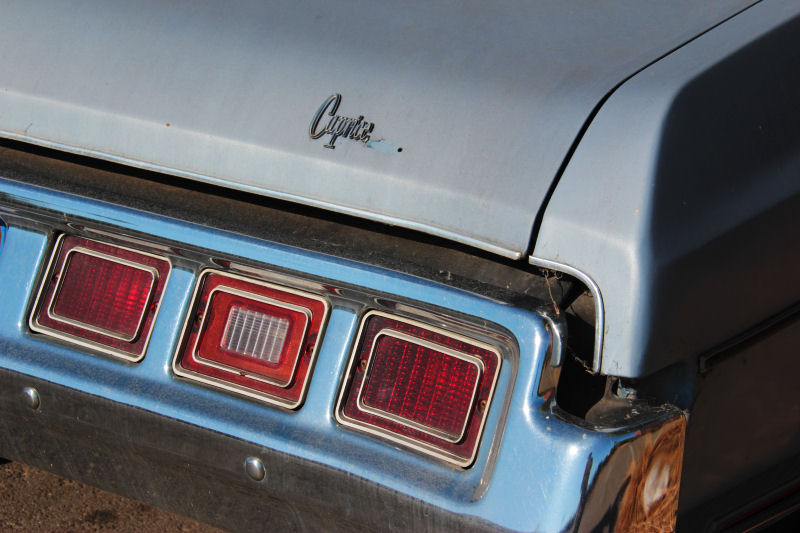 So that brings us back to this car. It's... well, it's actually rather plain. Simple, original light blue with a white vinyl top is a decent color combo for a '73 Caprice Classic hardtop coupe. The only thing not obviously stock on this example is the set of directional chrome wheels, probably made by Pacer but also offered by several companies in the same style. They're not especially large and it's still rocking the whitewalls. I like that. This car would look pretty decent with fresh paint or a really good wax job, and a redone top. I tend to be more forgiving of custom "donk" Impalas and Caprices simply because GM made so many of them. That doesn't mean I like them, it just means I don't throw a conniption when I see one on "twank deuces" with an "ice cream paint job". Usually I just shake my head and take pictures of something like this instead.
Posted by Jay Wollenweber at 12:00 AM