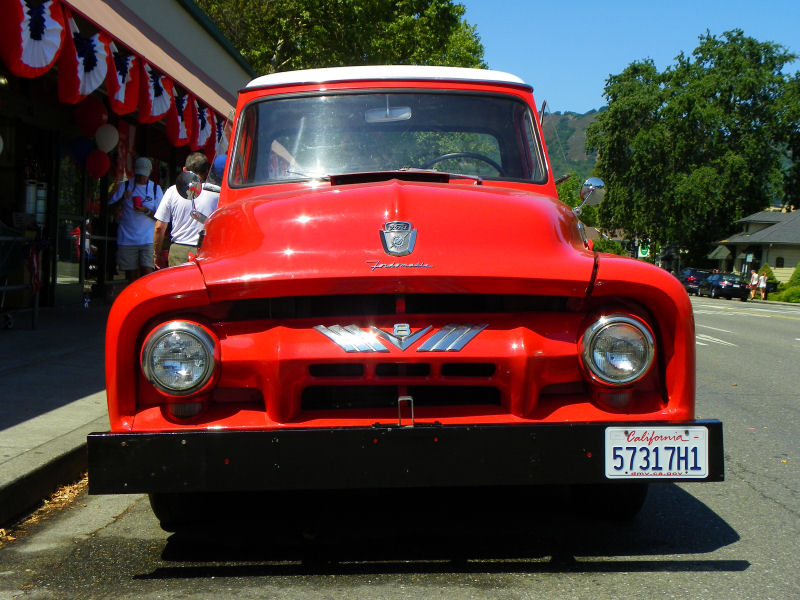 Last Fourth of July I was in Danville for the Independence Day parade, which attracts many local classic car owners who enter their vehicles in the parade as rides for local politicians, high school teams, dignitaries, and special interest groups. I've driven my father's pickup in the parade once and know that rolling along at walking speed in gear for two hours takes its toll on a vehicle's cooling abilities. I had the truck bed full of cheerleaders throwing candy and U.S. pocket Constitutions to the crowd while I sat in the cab with the windows down and heater on full blast to keep the engine from overheating. Not everyone is so lucky. This 1954 Ford F-100 pickup had to bail on the parade after a couple of blocks and sit awhile to cool down. 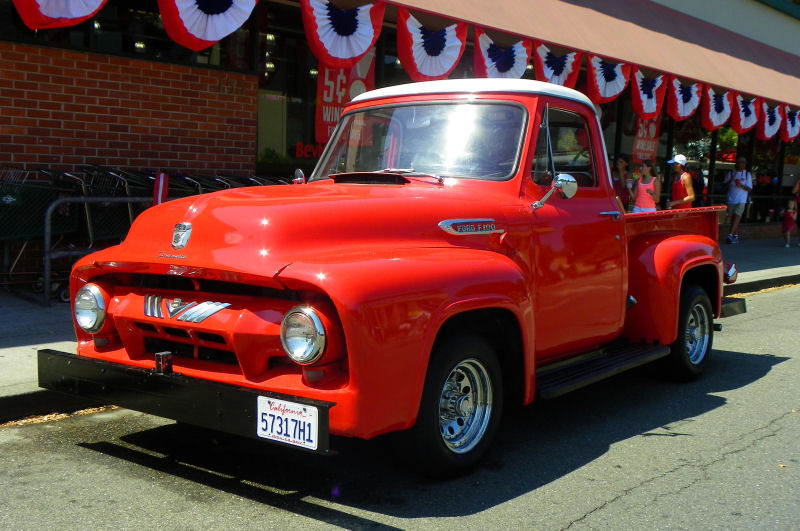 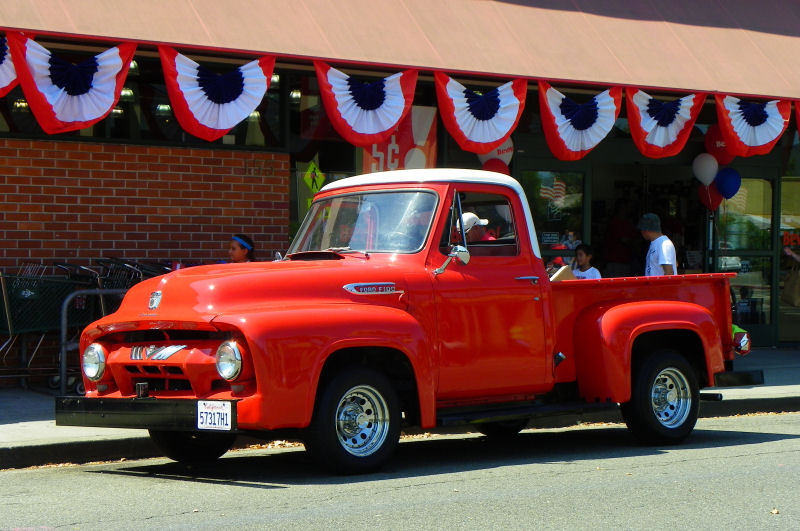 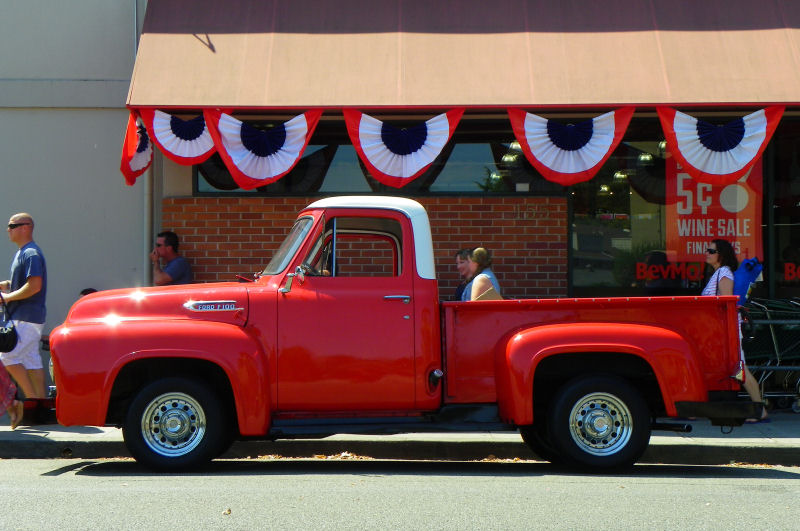 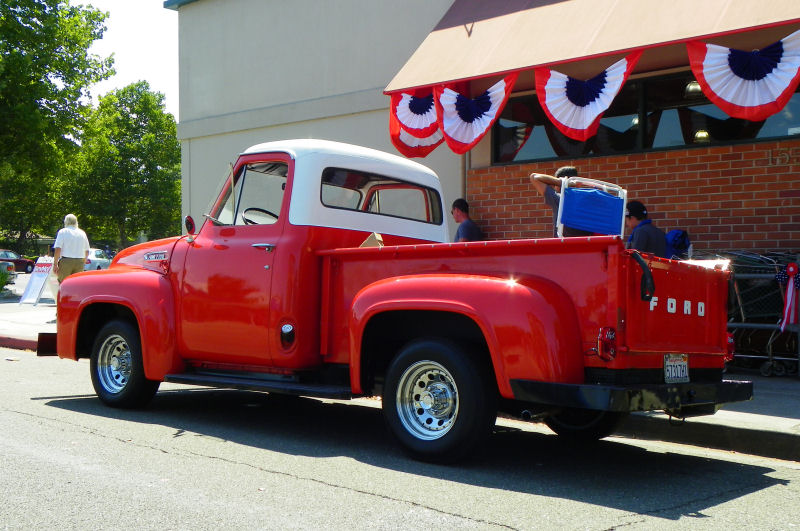 Practically everyone has seen the full range of Ford F-Series trucks from the first 1948 models to the present day. They've been one of the best-selling vehicles in America for decades. So you've likely seen at least one example of every model and every model year, whether you realized it or not. On the older end of the spectrum, the classic truck market is saturated with 1955 and especially 1956 F-100s. But for some reason, the 1953 and '54 trucks are all but forgotten. The '53 looks a lot like the '55, but the '54 has this unique thick grille bar with vertical protrusions reminiscent of the '51-52 F-1. The 1953 trucks were all-new with a redesigned cab, more features and an optional automatic transmission. For '54 a new 239 cubic inch "Power King" Y-block V8 was offered. I do not remember which engine this truck had, but it was either the stock 239 or a later Ford Y-block eight like the 272 or 292. Note the Fordomatic badge indicating it came from the factory with the three-speed automatic transmission. 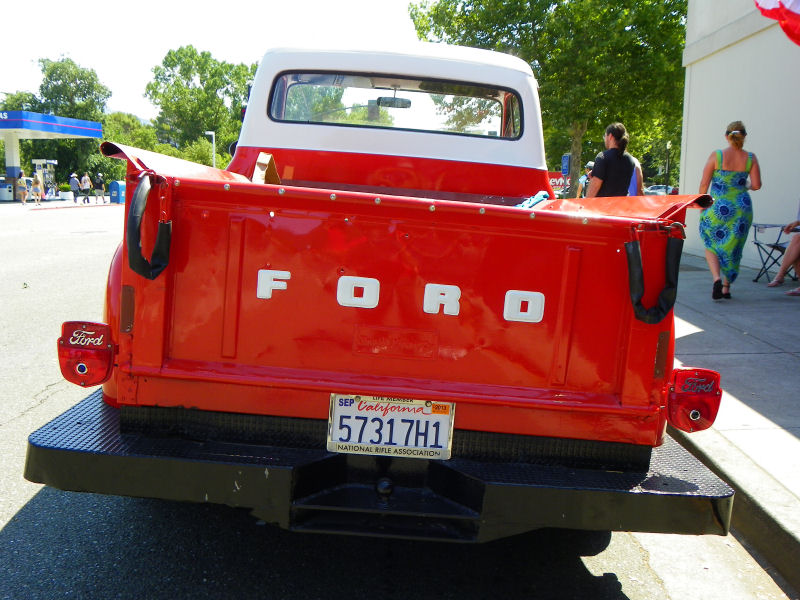 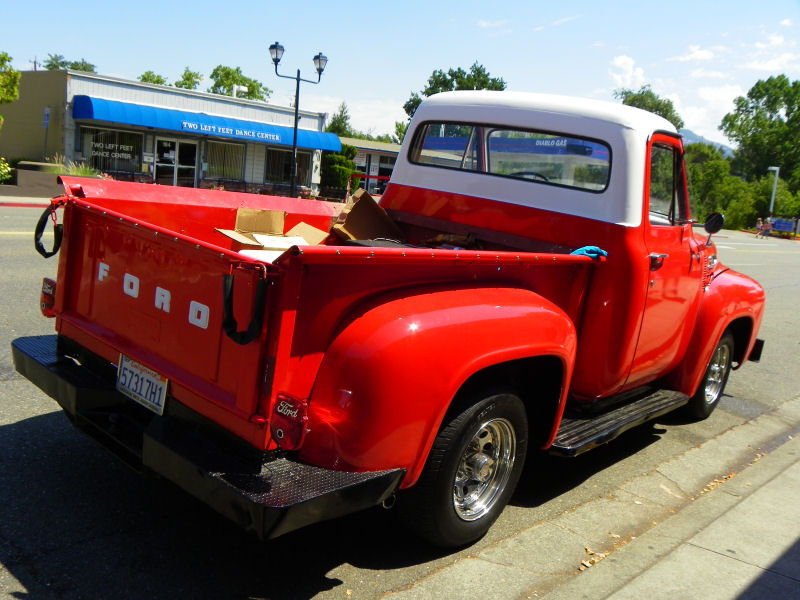 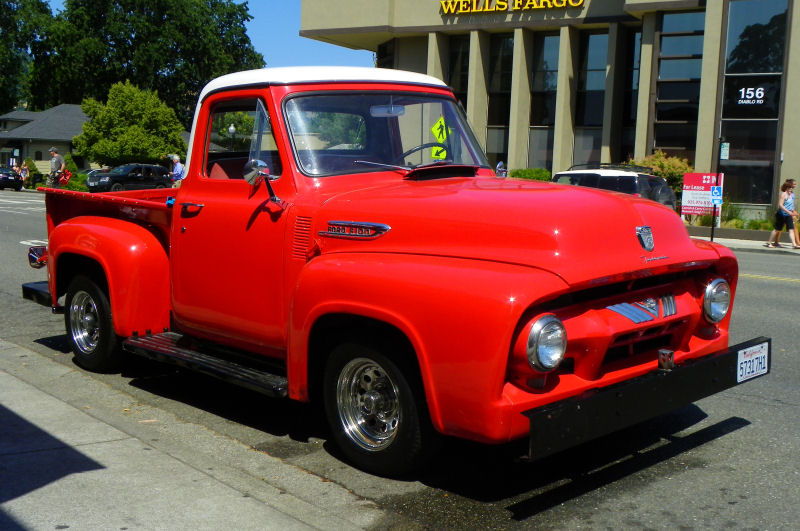 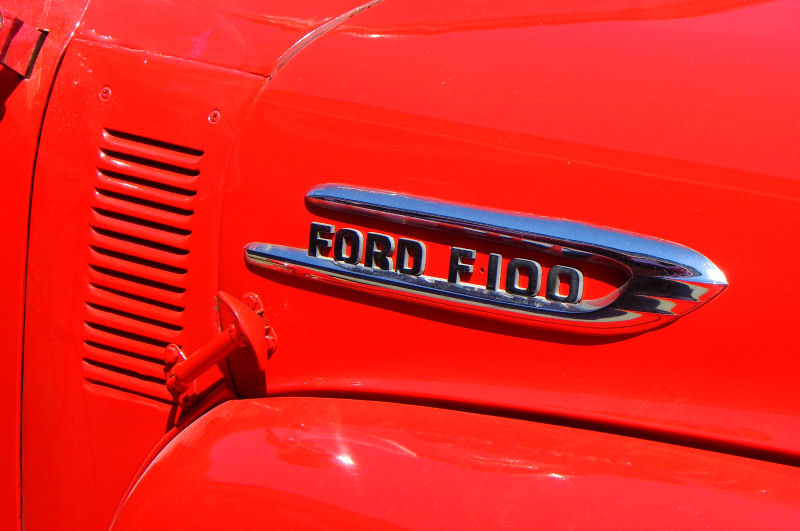 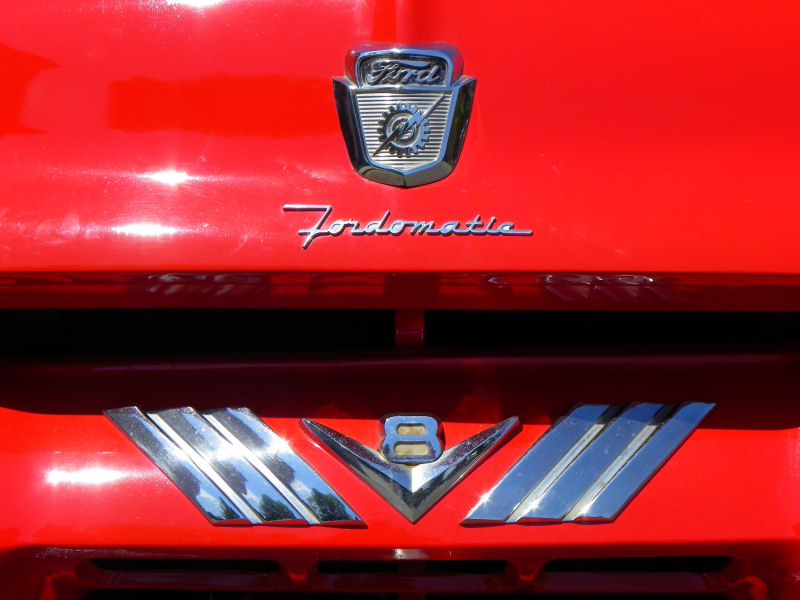 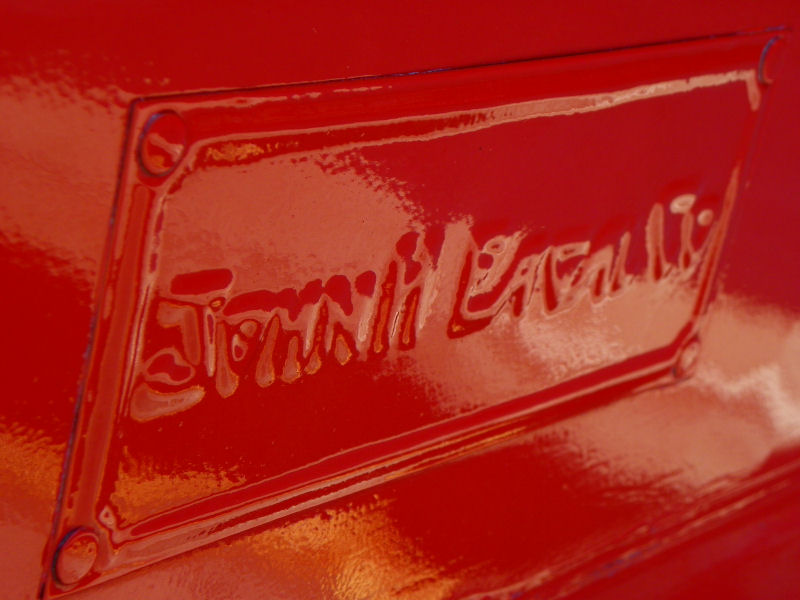 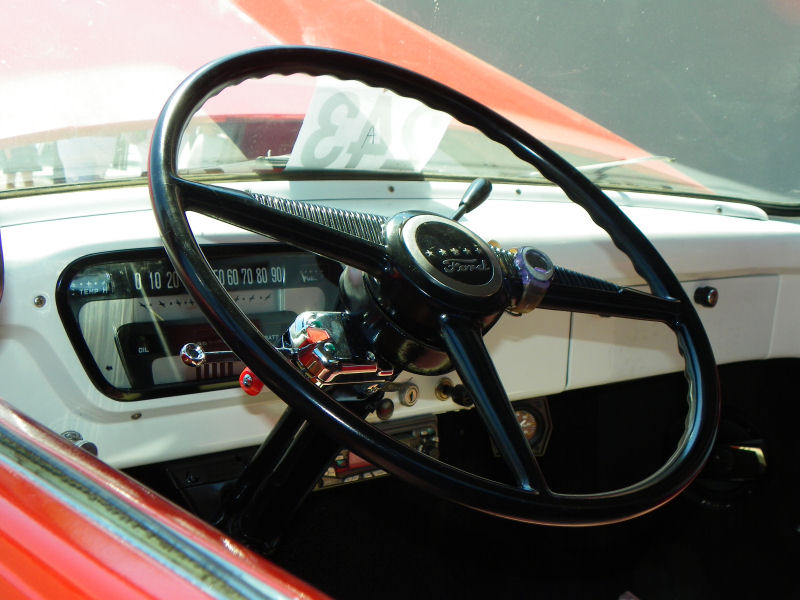 Condition is excellent on this example and I'm sure it's had a restoration, but the owners said it still works hard for them and isn't just a show vehicle. They had plans to retire in Tennessee and take the Effie with them to use as a farm truck. The heavy-duty bumpers lend credence to its work-truck purpose. The embossed logo on the tailgate appears to indicate a special one made by a third-party company, but I think it's a 1950s truck equivalent to a dealer plaque. It looks like it says "John H. Eagal Co." John H. Eagal, Sr. founded the Eagal Ford Sales dealership in 1920 in Stockton, California and apparently ran the place until his death in 1973. Eagal was a very interesting man who worked in the industry from 1907 at Studebaker, then Oldsmobile, before getting into the Ford sales business in San Francisco in 1913. He was also president of the California State Auto Dealers Association from 1937 to 1938. Quite a career. This truck is much like Mr. Eagal; it will just keep working as long as it needs to, wherever it is needed.
Posted by Jay Wollenweber at 12:00 AM