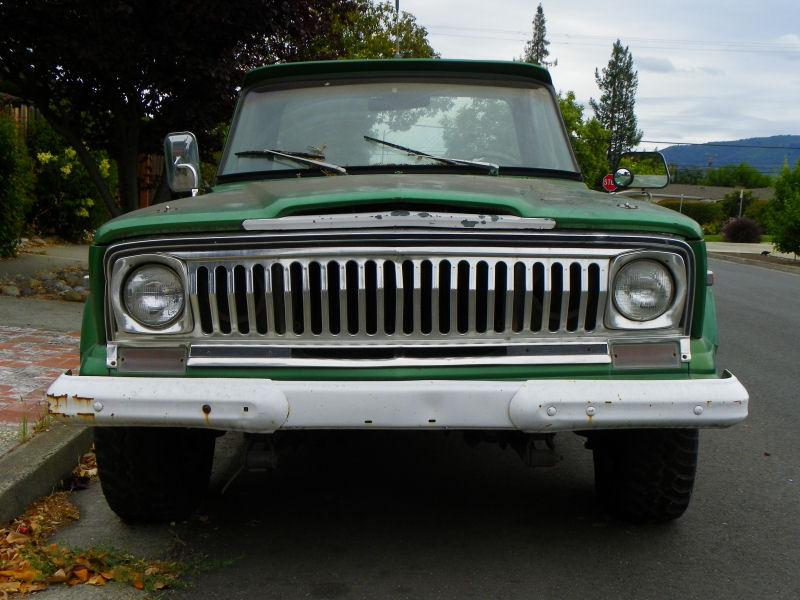 I love old Jeep trucks. They just look like a scaled-up pressed-steel Tonka toy, down to the squared off fenders and creased edges and chunky tailgate lettering. It's all very institutional and deliberately utilitarian, befitting a work truck of the era. My interest in Jeep pickups came from the yellow 1982 Honcho used in the 1996 film Twister, which sadly got destroyed. (Incidentally, the same movie also helped get me interested in Dodge Rams.) 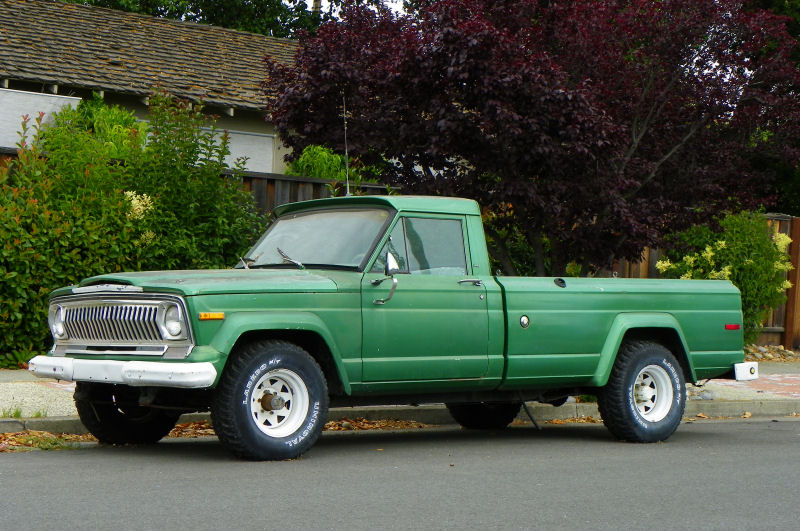 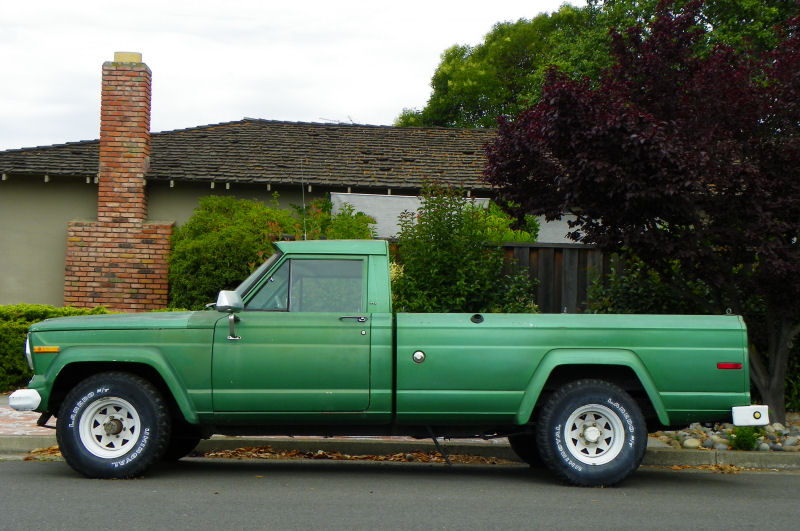 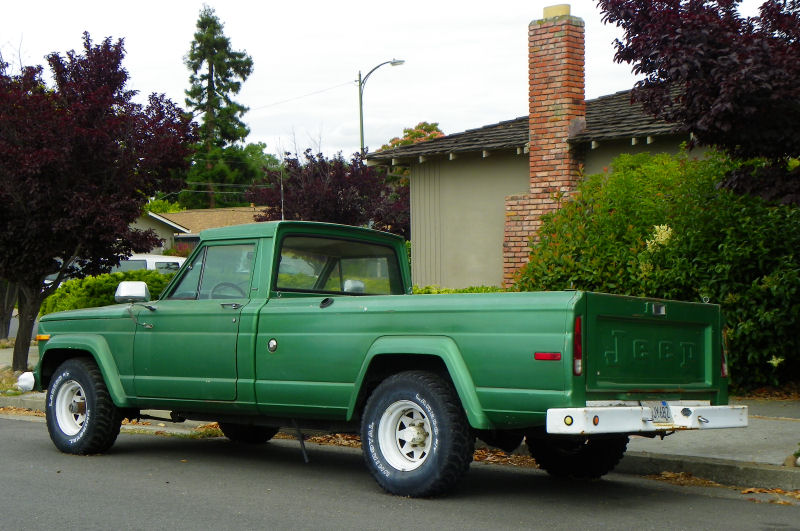 Jeep built full-size pickups from 1962 (as a '63 model) to 1988, sharing a platform with the four-door Wagoneer SUV. In the early years the truck was known as the Gladiator, built by Kaiser-Jeep. In 1970 American Motors took over Jeep operations and changed over all new trucks to AMC powertrains, offering two bed lengths and three different chassis load ratings. The "Thriftside" stepside version was dropped, leaving only the "Townside" as seen here. In 1974 power came from a 258 cubic inch inline six, 360 V8 or newly available 401 V8. 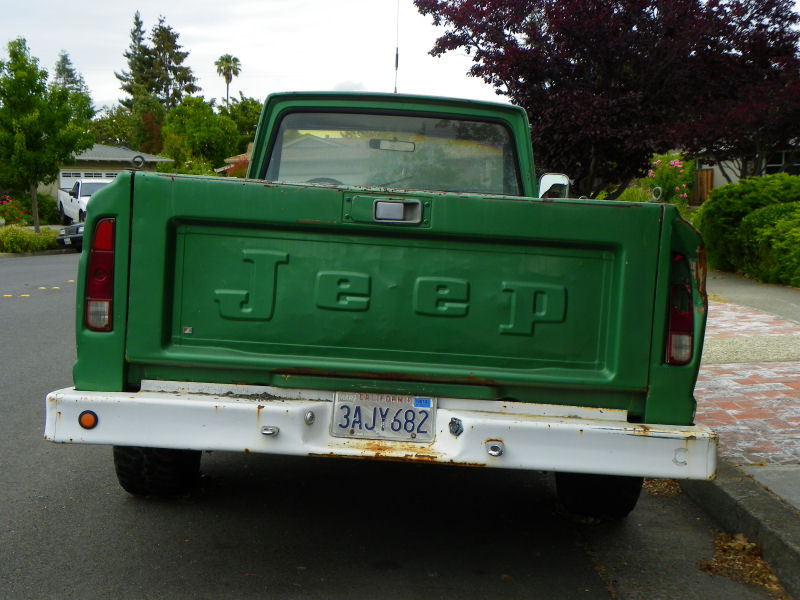 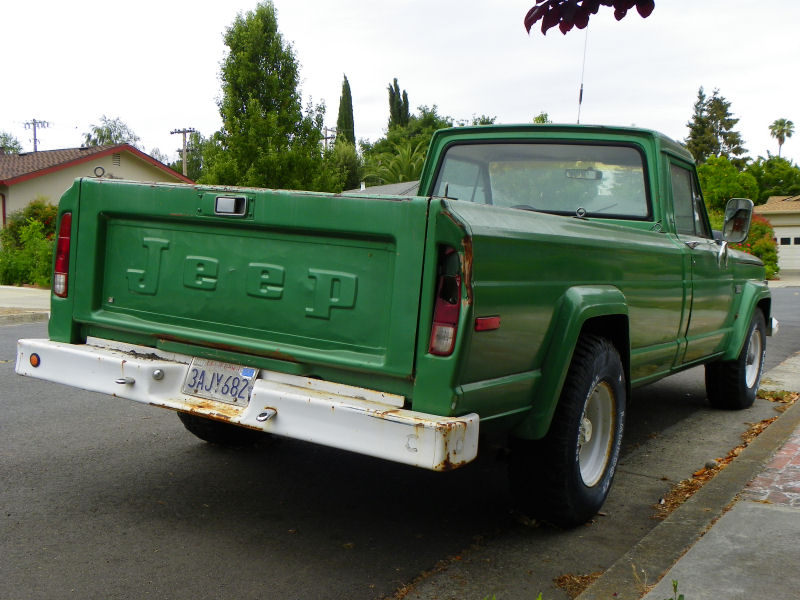 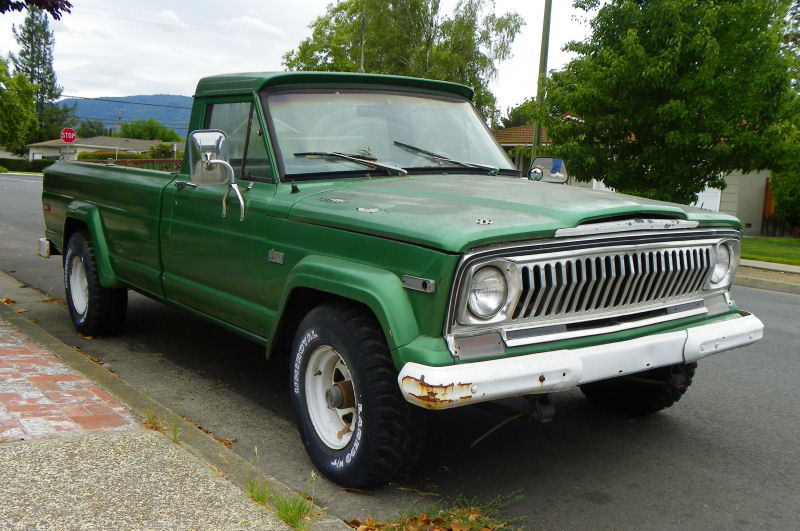 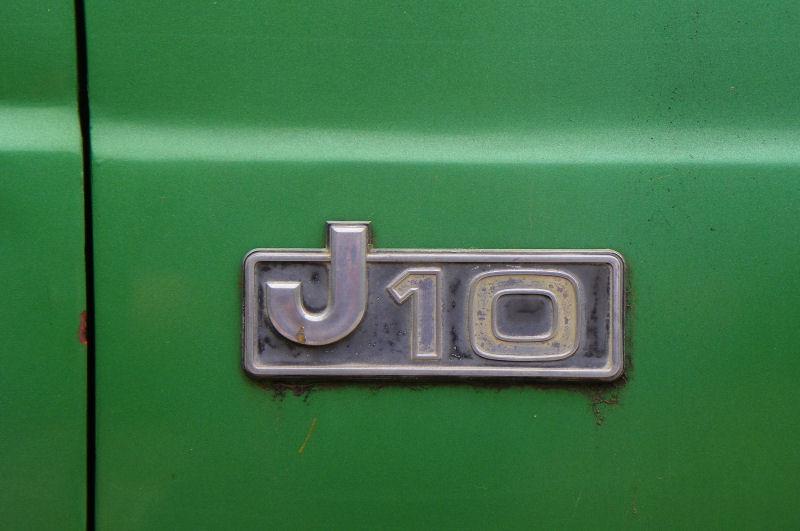 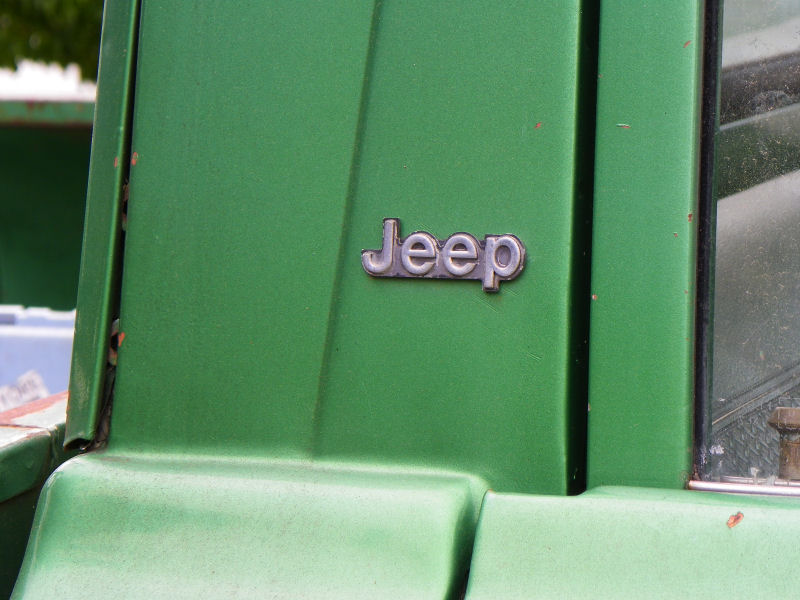 This truck is a '74 J-10 Townside longbed pickup that I often see parked near a friend's house (about a block from the 1948 DeSoto and 1949 Ford Tudor). I don't see many of these trucks in green; it could be the original Fairway Green metallic paint with some fading from living outdoors. The only real damage to this truck is a good little crunch to the right rear corner that's caved in the taillight. That dent might be a challenge to pull out, even for a professional body man, but I'm sure it could be fixed for the right price. The rest of the truck is so cool it needs to be preserved.
Posted by Jay Wollenweber at 12:00 AM