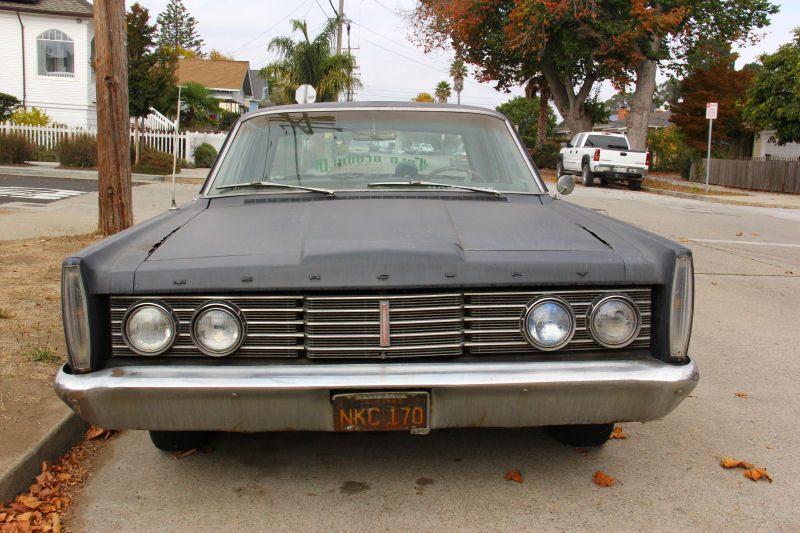 A few months ago we looked at a 1965 Mercury Park Lane Marauder four-door hardtop sedan in San Francisco. Now we're looking at a lower-spec Monterey four-door pillared sedan from the coastal community of Santa Cruz. The Monterey was Mercury's cheapest full-size car for '65, but still came with standard 390 V8 power. This one seems to have found use as a metalhead's rat-rod cruiser. 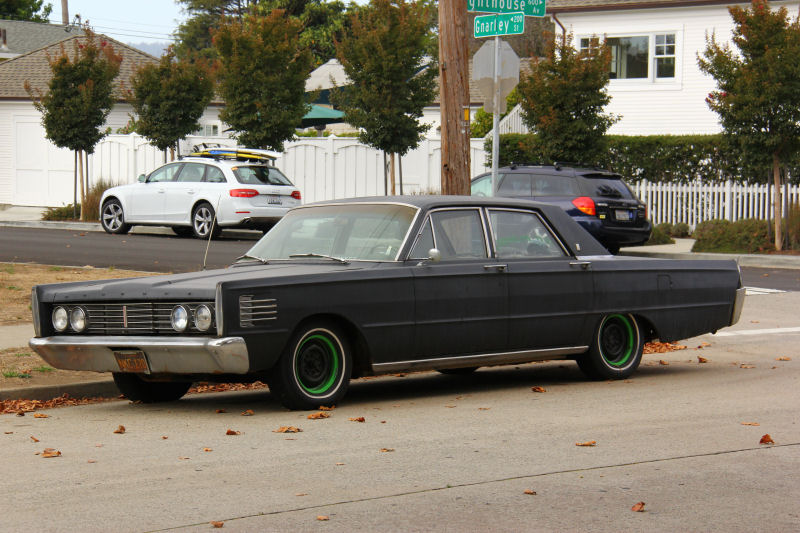 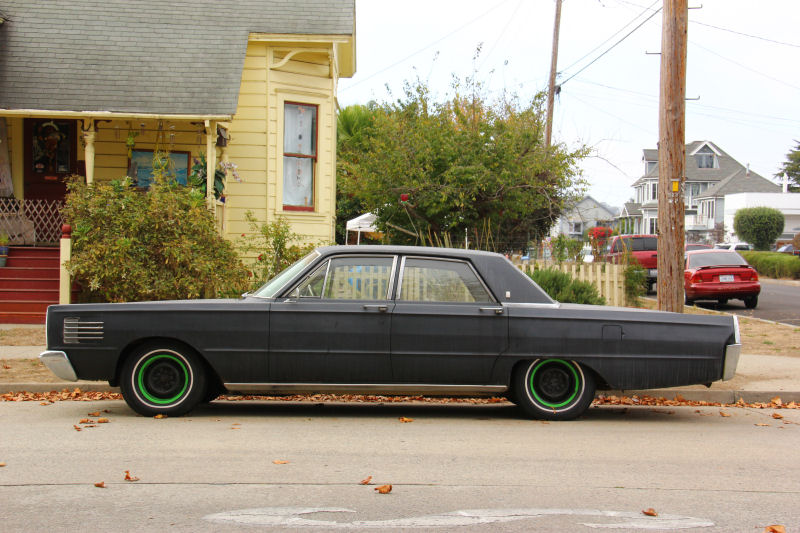 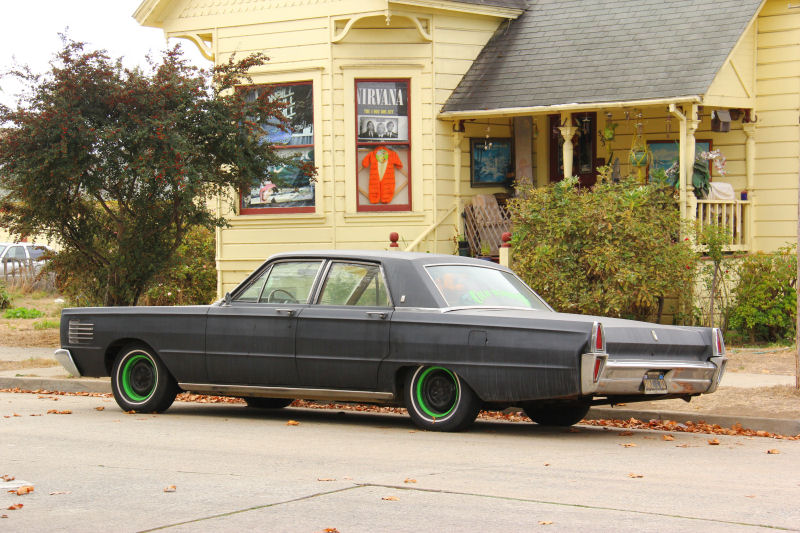 This Monterey has gone the route of flat black and painted steelies as a quick fix for old paint and a stodgy car in apparent need of cheap visual badass-ness. Instead of the cliched red wheels, the owner has opted for lime green with black centers. Original color, visible around the front fender's straked chrome C-scoop, looks like it was a tan shade. Perhaps it was a very faded Pecan Frost metallic. I'm not sure what the "Cold Blooded" window banner is about, but there is a Cold Blooded Ridaz Car Club that's mainly for lowriders. 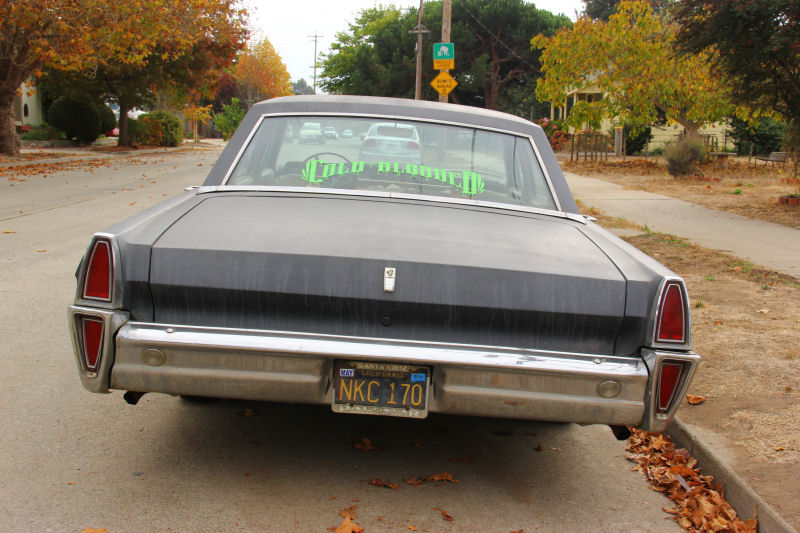 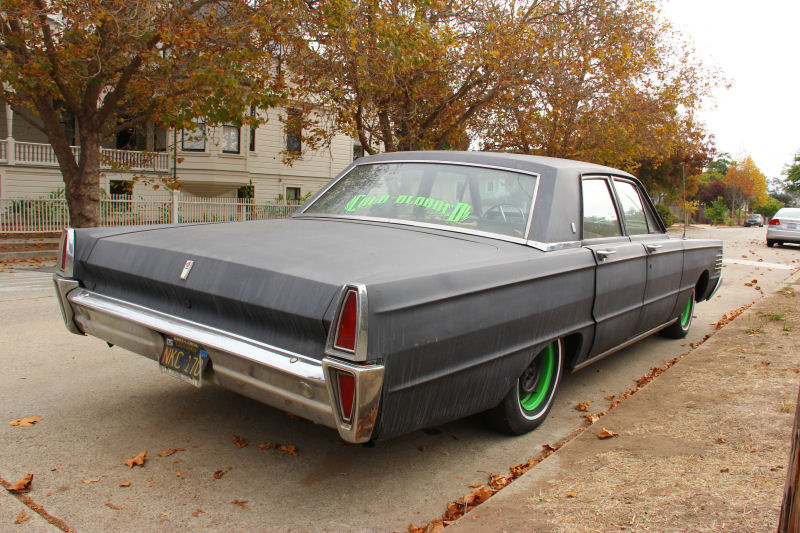 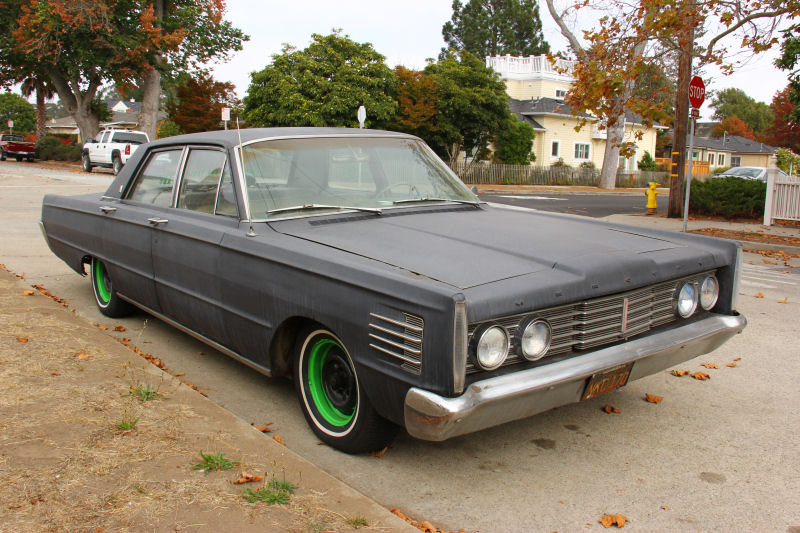 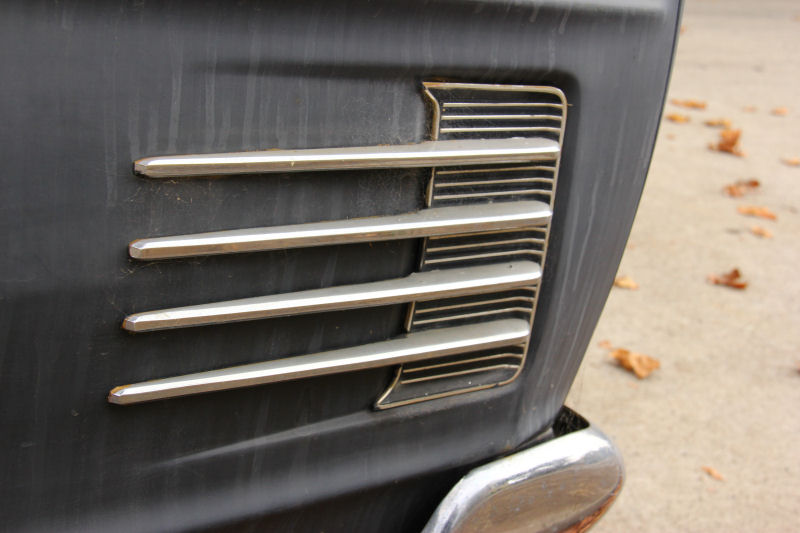 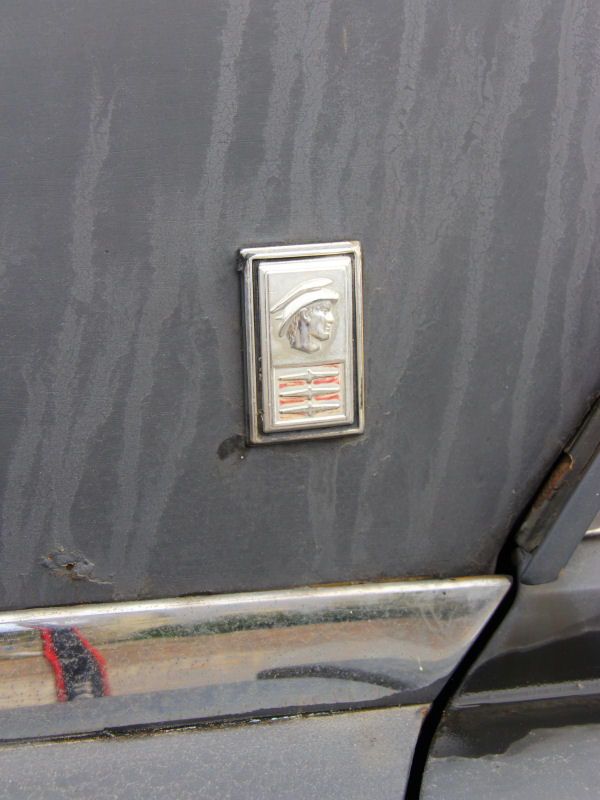 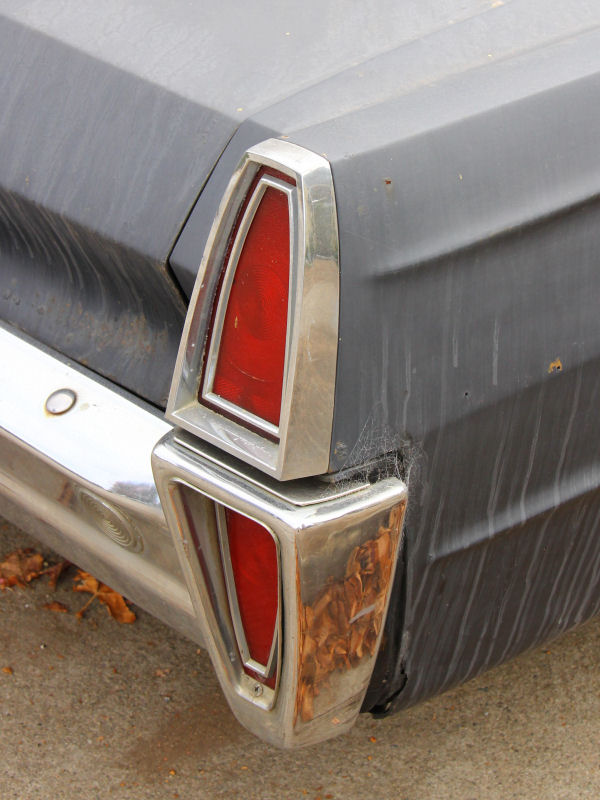 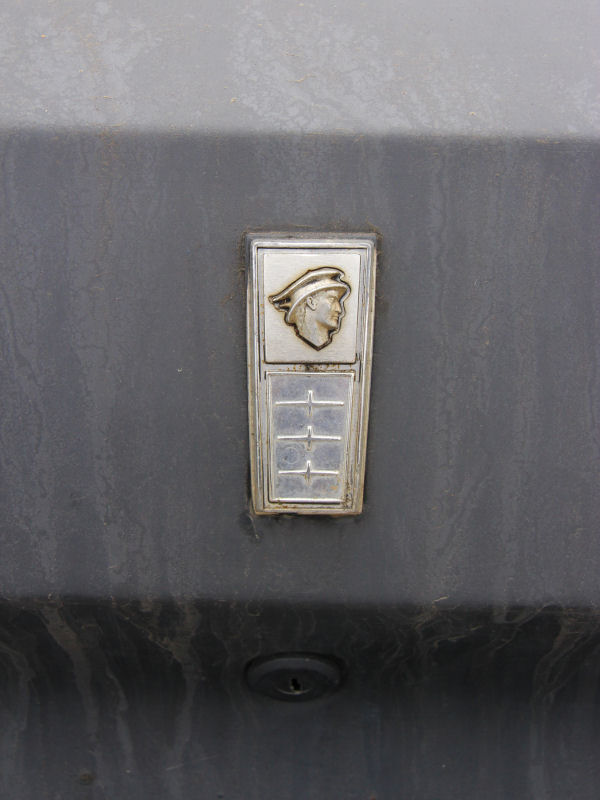 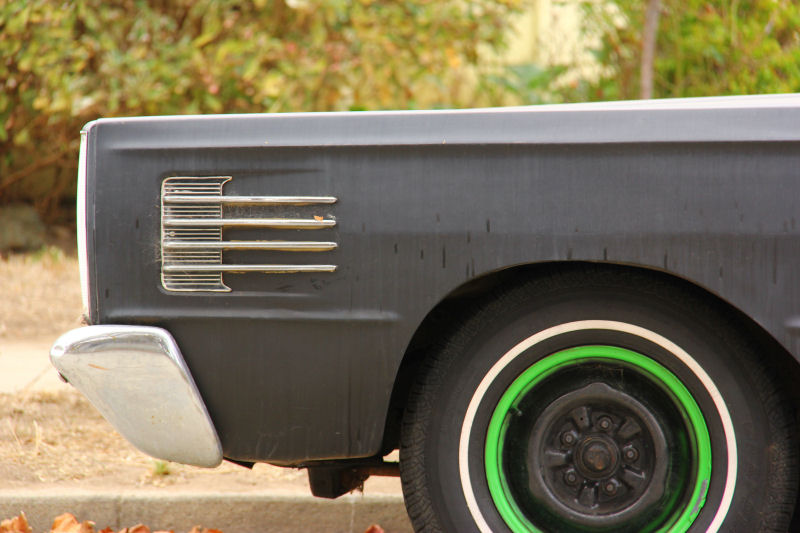 The car has a dealership license plate frame from Palomar Lincoln Mercury in Santa Cruz, which indicates a lifelong local vehicle. Interestingly, Palomar Lincoln Mercury was owned by Angelo Canepa from 1969 to 1981. Canepa's son, Bruce, now runs Canepa Design in Scotts Valley, an organization that modifies, federalizes and imports Porsche 959s into the United States. Bruce Canepa also operates a motorsports museum and high-end collector car dealership at his facility. A former address of the Palomar dealership is now an Enterprise Rent-A-Car next door to Santa Cruz Diner (my favorite restaurant in town) on Ocean Street. It appears that in later years it relocated at 1261 Soquel Avenue, which is now a 24 Hour Fitness gym.
Posted by Jay Wollenweber at 12:00 AM