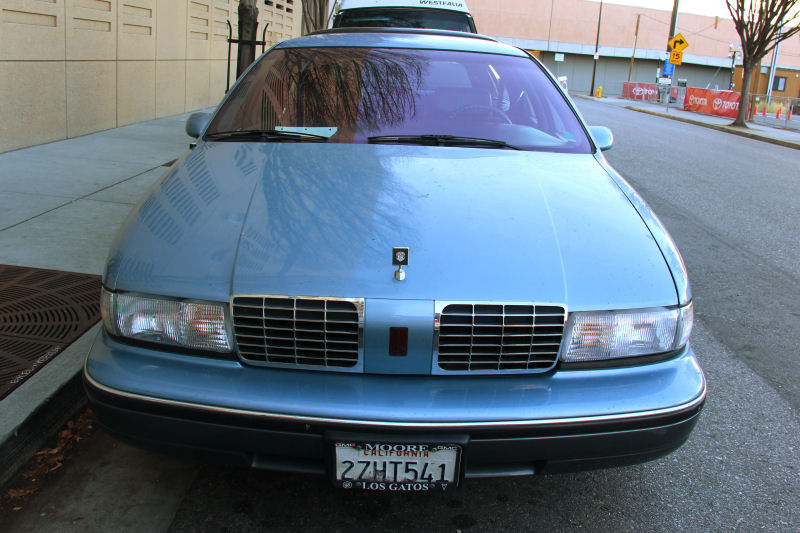 I never really knew what to make of the Oldsmobile Custom Cruiser when I was younger. Well, the older ones made sense to me, the big boxy ones built between 1977 and 1990. To me, they had always been, and they were kind of cool. 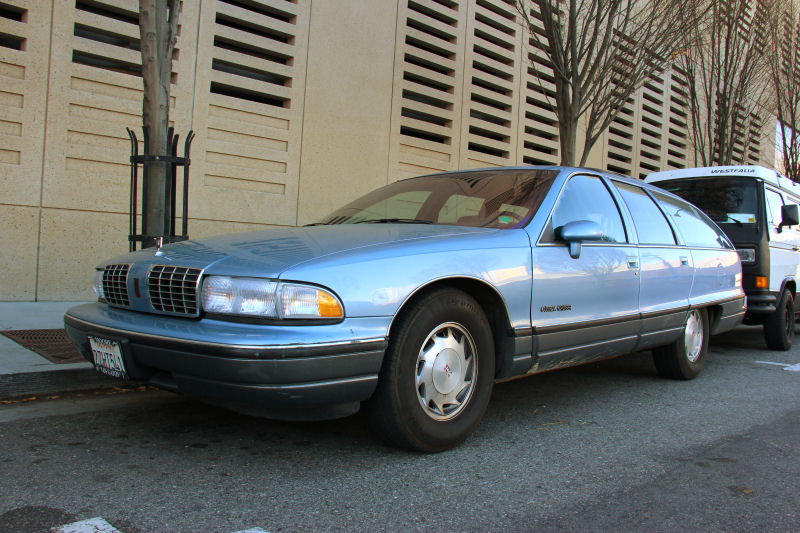 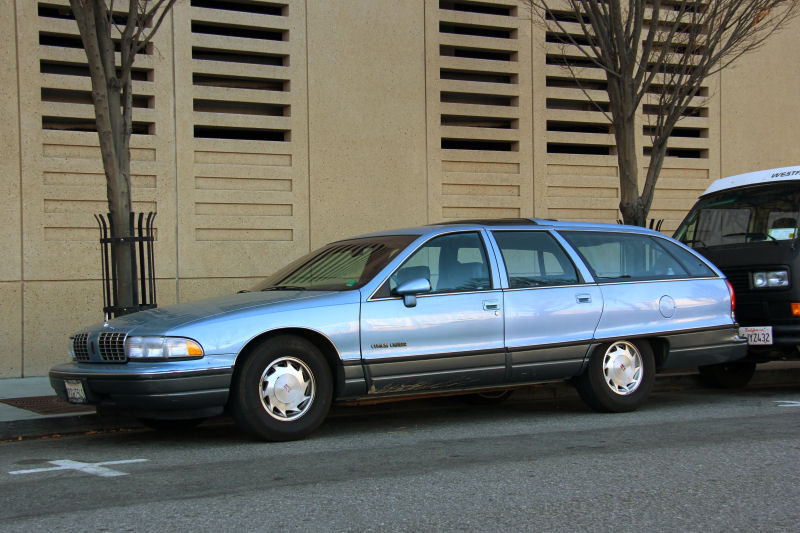 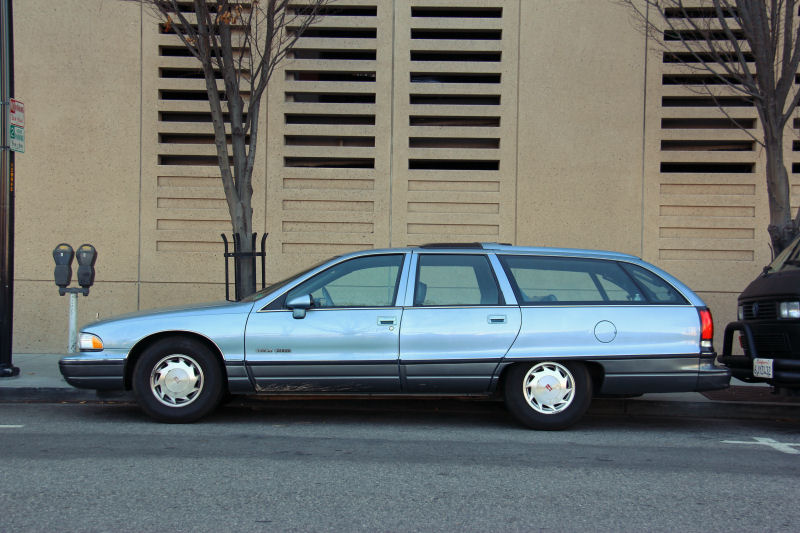 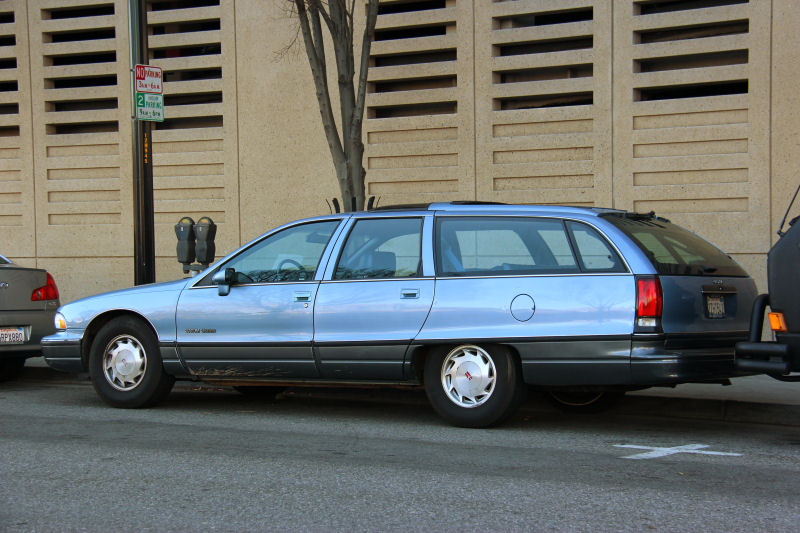 The all-new 1991 Caprice with its slippery aerodynamic body was very different from the old car, and its badge-engineered clones from Buick and Oldsmobile adapted accordingly. Buick rolled out the Roadmaster as a sedan and wagon complete with optional simulated woodgrain trim, and Oldsmobile in an unusual move opted to only build a wagon version. The Roadmaster sedan differed from the Caprice enough to set the two vehicles apart, at least visually. The Roadmaster wagon offered a bubble roof window reminiscent of an Olds Vista Cruiser, an item the Caprice Estate didn't have. What did the Olds Custom Cruiser bring to the table that was new and different? It had the same body as the Roadmaster wagon, same roof window, same body panels and headlamps as the Caprice. But the grille was different. And it had a free-standing hood ornament, and its own wheels, and some badges that looked tacked-on. I guess the lower body cladding may or may not have been unique as well. 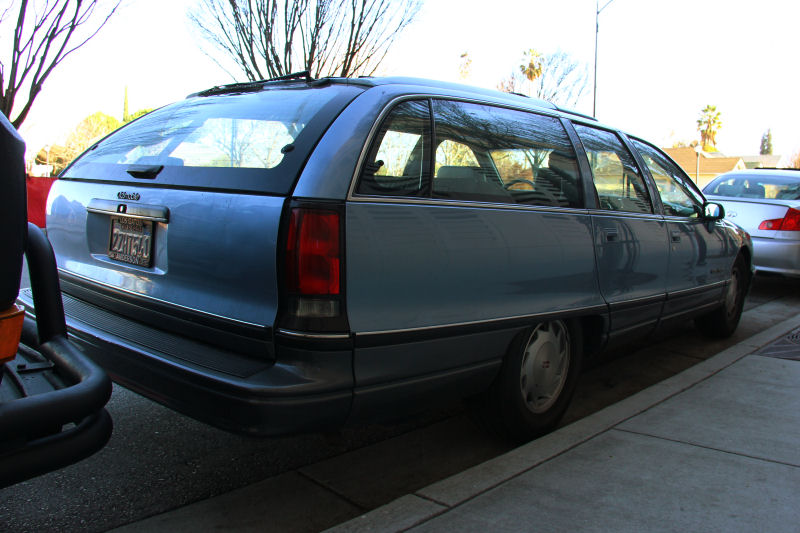 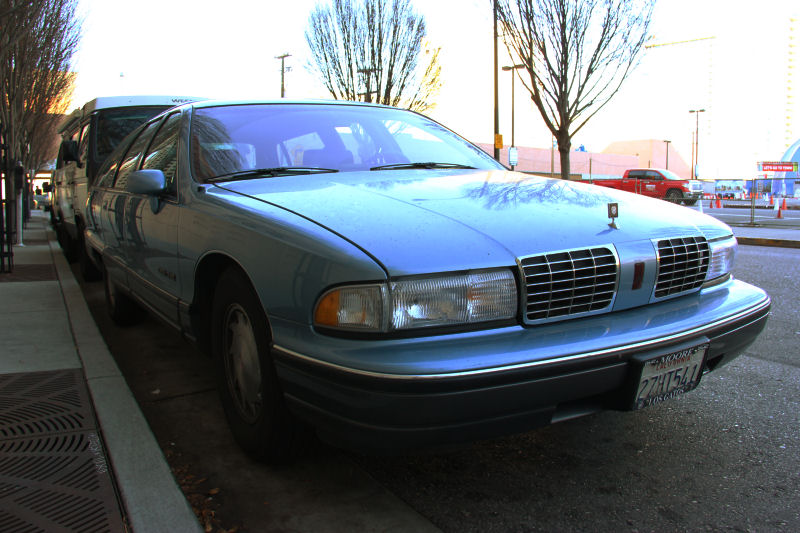 The Custom Cruiser was never as popular as the Roadmaster and certainly never sold as well as the Caprice. It was only offered for two years in this generation, in 1991 and '92. Standard engine in 1991 was a 5.0 liter Chevy V8 good for 170 horsepower. The '92s offered a 5.7 liter that bumped it up all of ten horses. Only 4,347 Custom Cruisers were built for 1992. 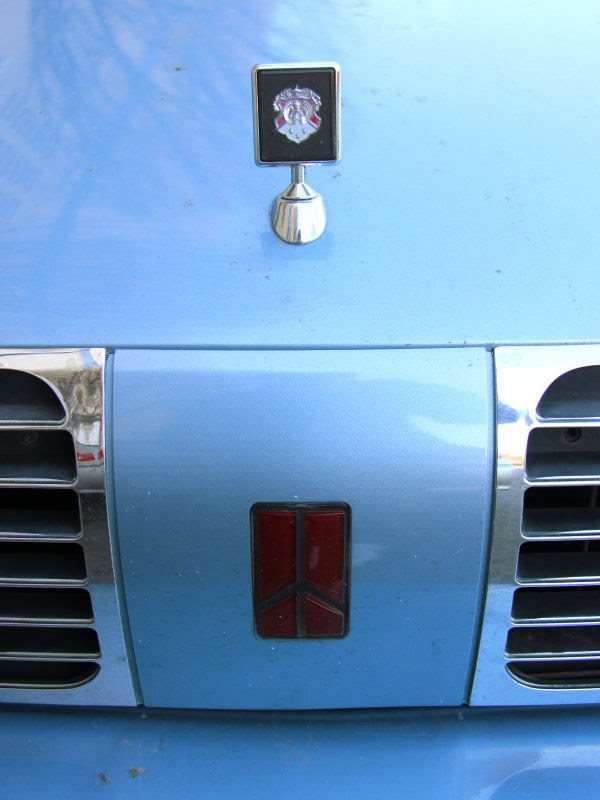 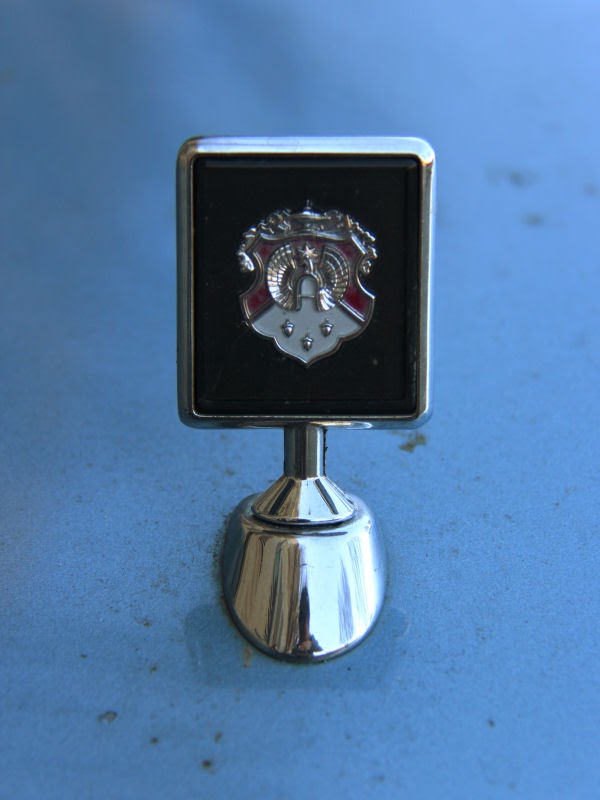 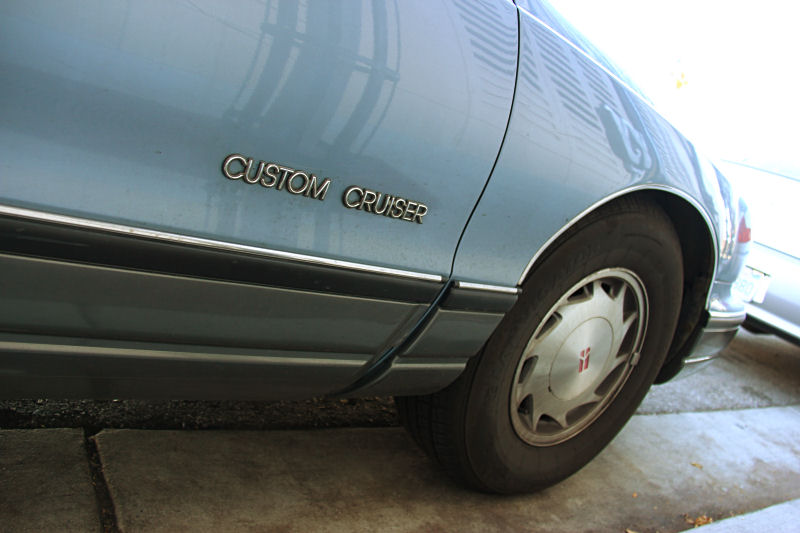 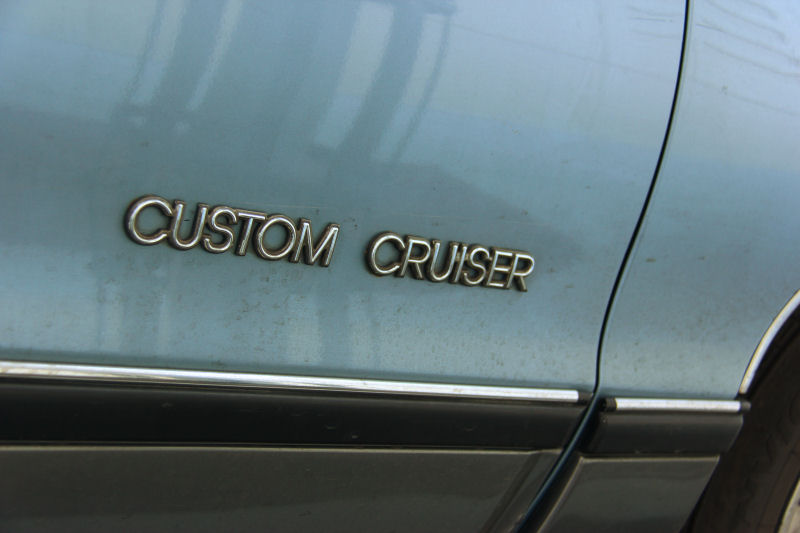 This one is a very intact example and one of relatively few Custom Cruisers I've seen that were not painted white. I spotted it near the Silicon Valley International Auto Show this past January and it interested me more than most of the new cars on display inside the building. A big, floaty, V8, rear-wheel-drive, body-on-frame '92 Oldsmobile wagon is hardly an advanced vehicle, nor does it have any pretense of being a sports car. It's a family hauler and highway cruiser in the tradition of the classic American station wagon, and the '91-96 GM fullsize wagons were stubborn holdouts of a dying breed. The sport-utility vehicle had begun its meteoric rise to market dominance, and the station wagon was seemingly finished. Now things have just about come full circle as customers want SUVs that drive like cars. Sounds a lot like a station wagon to me.
Posted by Jay Wollenweber at 12:00 AM