We're coming up on the Fourth of July again, Independence Day. And as is my custom, I'm featuring an assortment of cars from American manufacturers not affiliated with Detroit's Big Three. Welcome to Independents' Week. 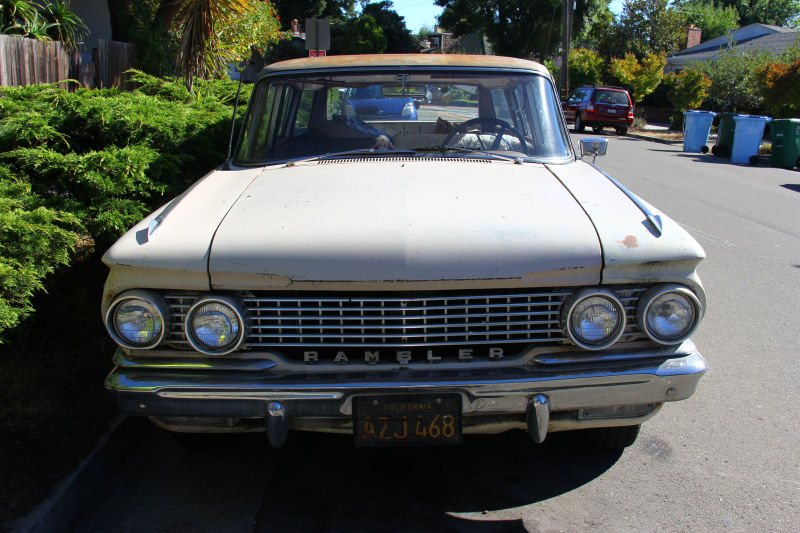 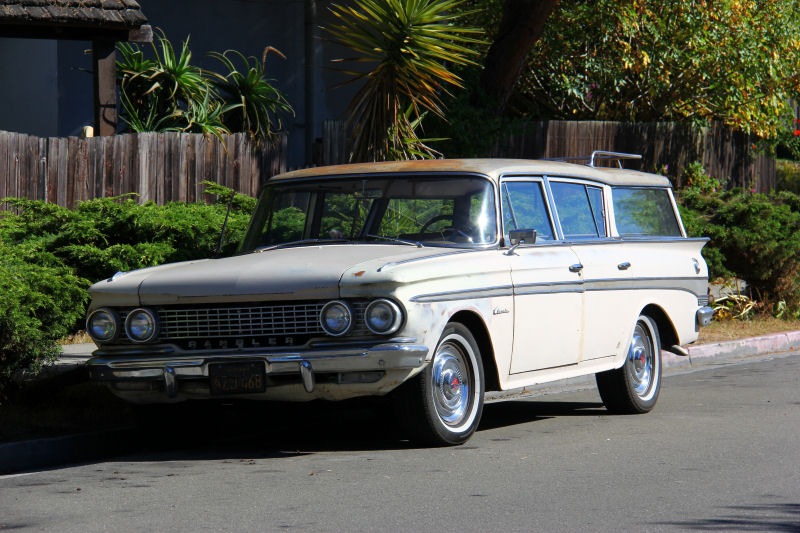 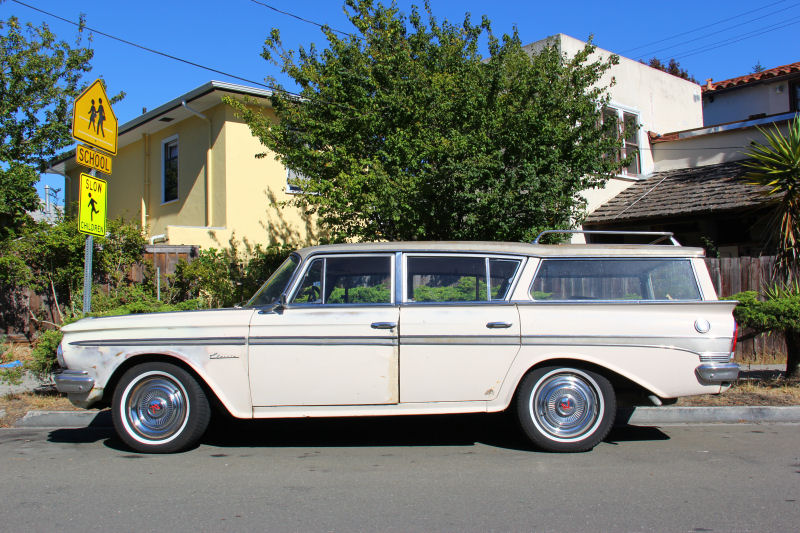 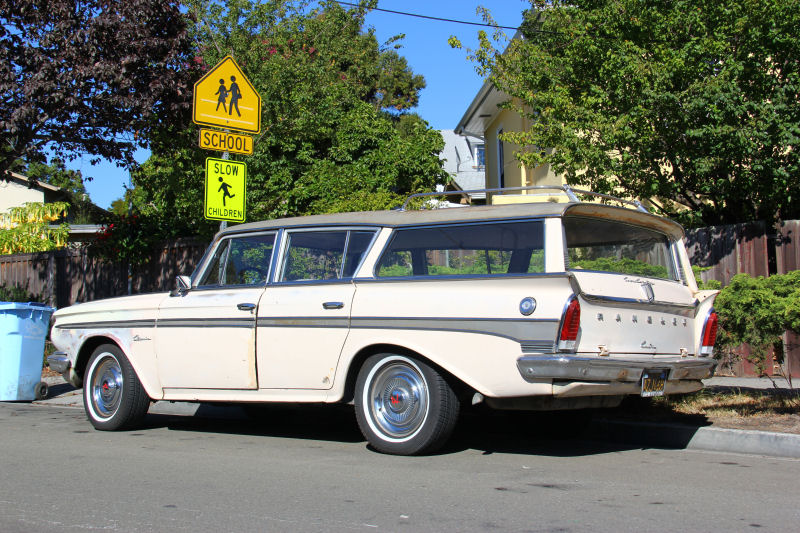 The first one we look at this week is a 1961 Rambler Classic Cross Country in Custom trim, finished in Frost White with Inca Silver side and roof accents. The Classic was Rambler's mainstream big car, a refresh of the old '56 Rambler line dating back to the early days of the Nash-Hudson merger. By 1960 the Rambler had become a somewhat decent-looking car (in my opinion anyway). For 1961 it was facelifted again and gained the Classic nameplate. This was the last year a straight-six and V8 engine were available in the Classic until a new V8 would be introduced in late 1963. Higher-spec Rambler Ambassadors would still be offered with the V8 in the meantime. 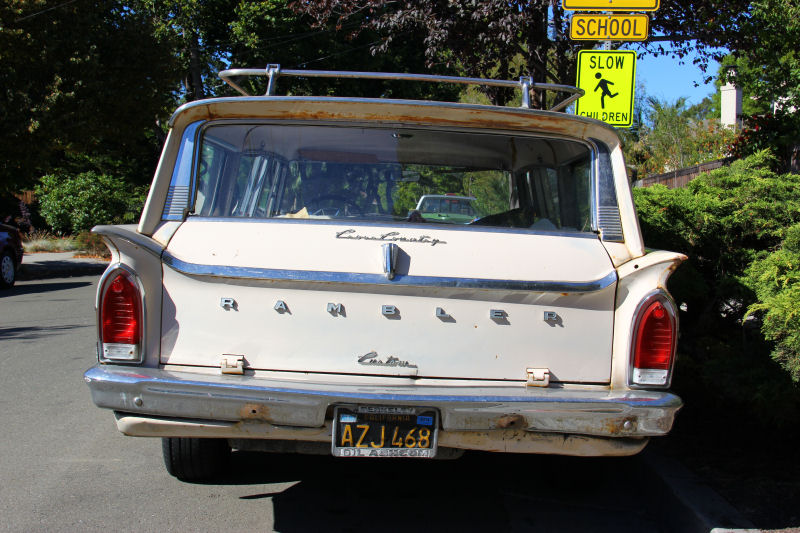 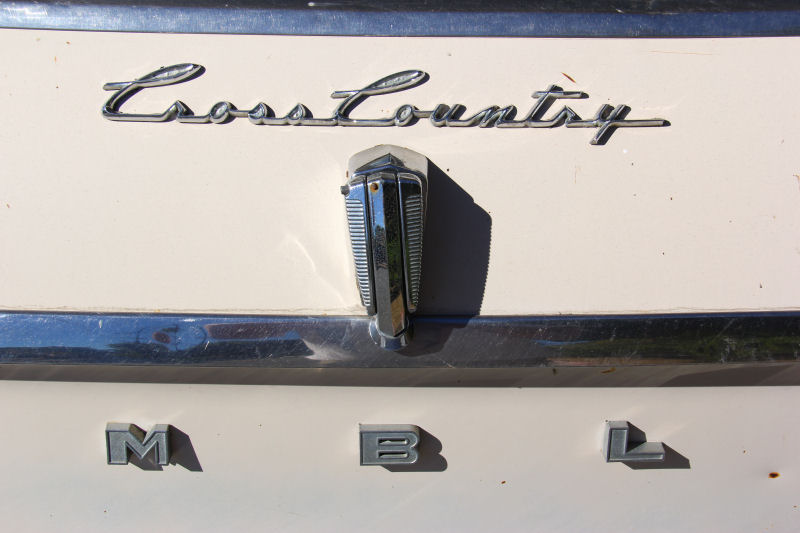 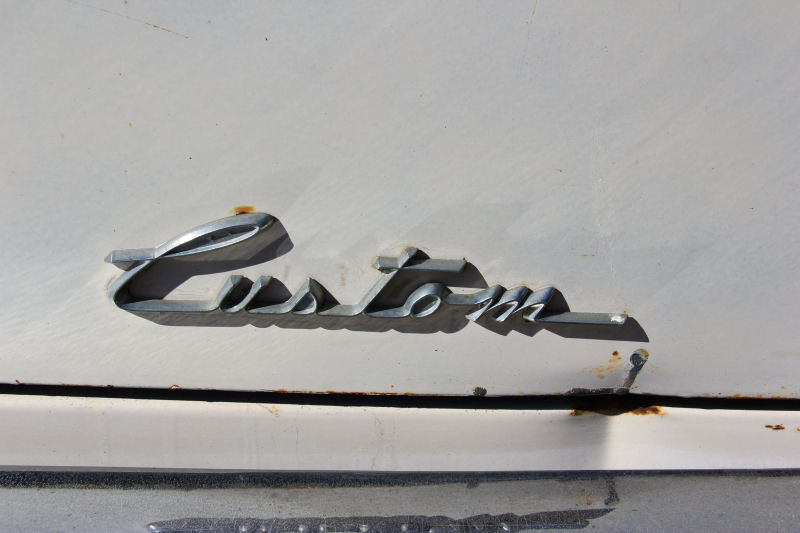 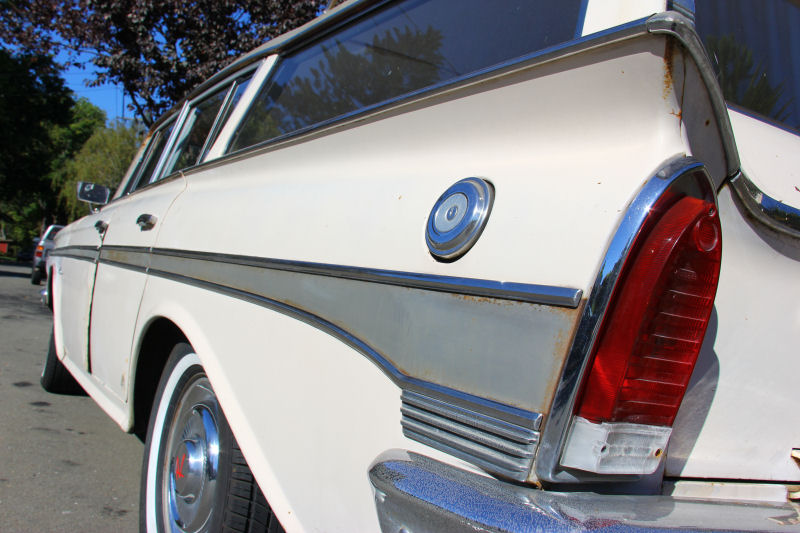 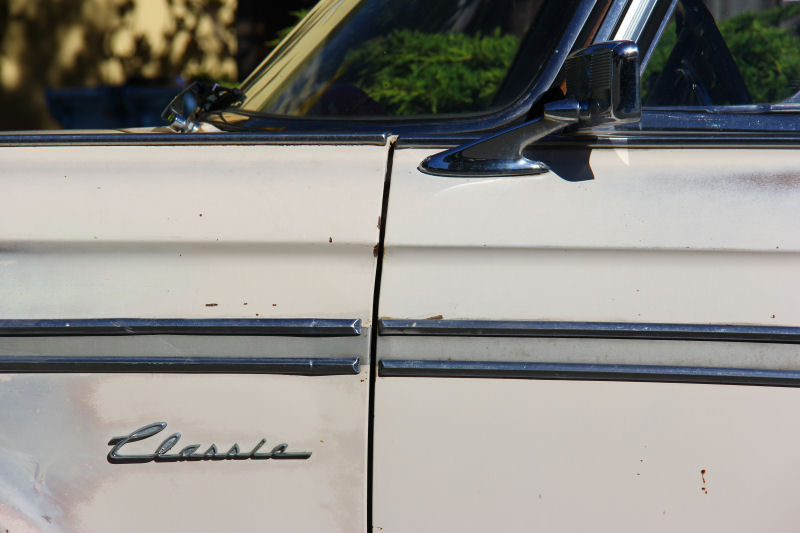 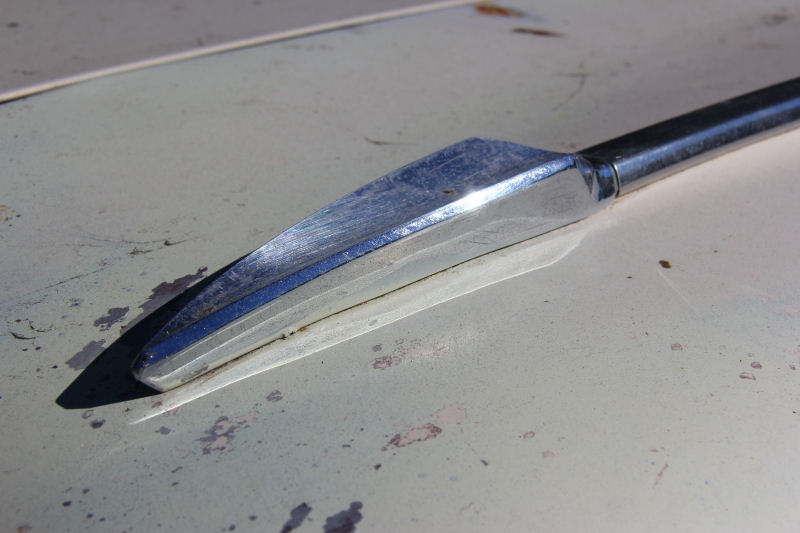 This Cross Country is one of a few American Motors products living in the same general area in Berkeley; the other two are '64-65 Rambler Americans. To me, this is the most interesting of the three because it is the oldest, and it's a station wagon. Who doesn't love a wagon with little tail fins? This is the last year tail fins were included on a Rambler. Condition is well used and very original, a good candidate for restoration or preservation. There's some metal work to be done, particularly in the front and rear valance panels beneath the bumpers, though the roof is most worrisome. Surface rust on top is no big deal; it's the rust under the overhang at the rear tailgate window that scares me. It's getting bad there. These cars have a unique look to them with the reverse-slanted C-pillar, slightly dipping roofline and crisp, somewhat passive-aggressive styling. Note the dealership license plate frame from Gil Ashcom Rambler in Berkeley, located at 2400 Shattuck Avenue. When this car was built, Ashcom had just moved from 2350 Shattuck to the corner of Channing Way, where the business would stay. Ashcom expanded into selling Toyotas in the late '60s, and today the place is Toyota of Berkeley, housed in the same building.

Independents' Week continues this Thursday!
Posted by Jay Wollenweber at 12:00 AM