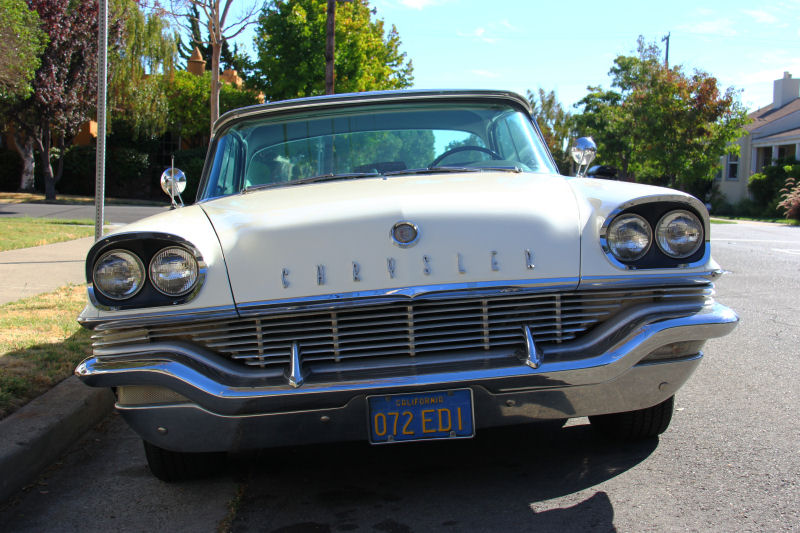 One of my favorite cars on the Island that Rust Forgot, also known as the city of Alameda, California, is this excellent 1957 Chrysler New Yorker four-door hardtop. Chrysler Corporation was really at the top of its game when Virgil Exner unveiled his Forward Look lineup of dramatic yet graceful new cars for '57. The fanciest four-door Chrysler that year (apart from the Imperial, which was its own luxury brand) was the New Yorker. We've already looked at a base-model '57 Chrysler Windsor pillared sedan, now see how the other half lived. 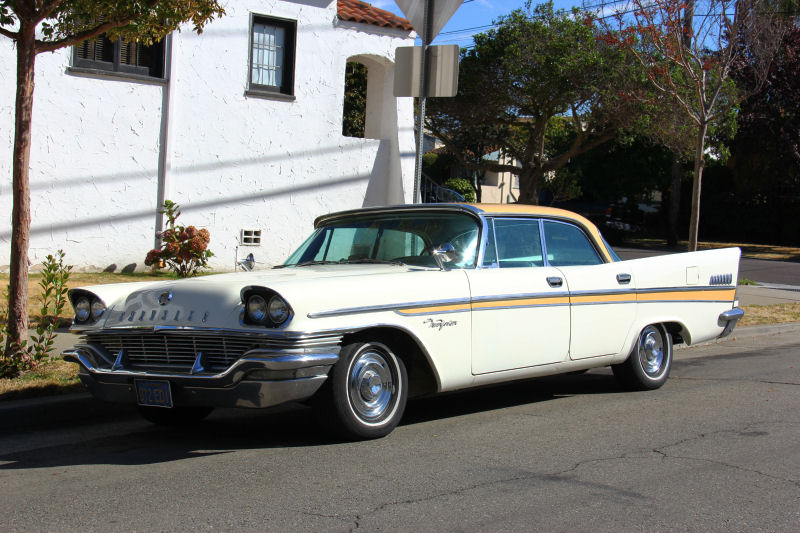 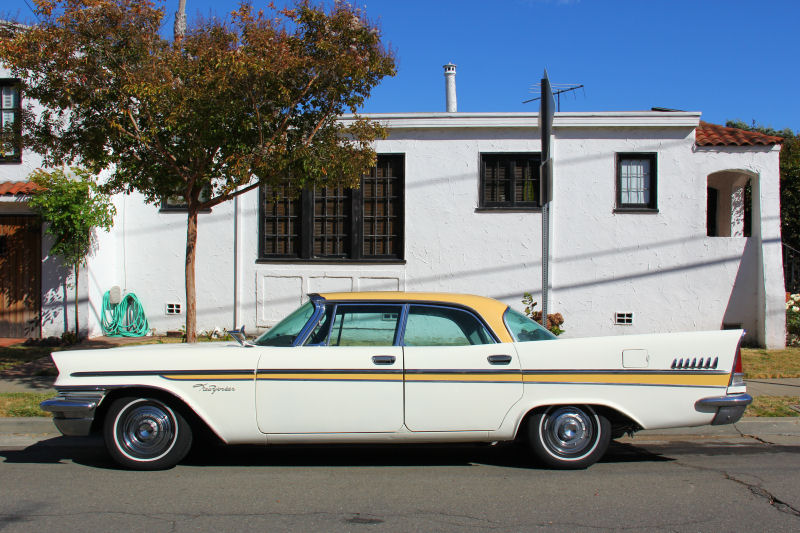 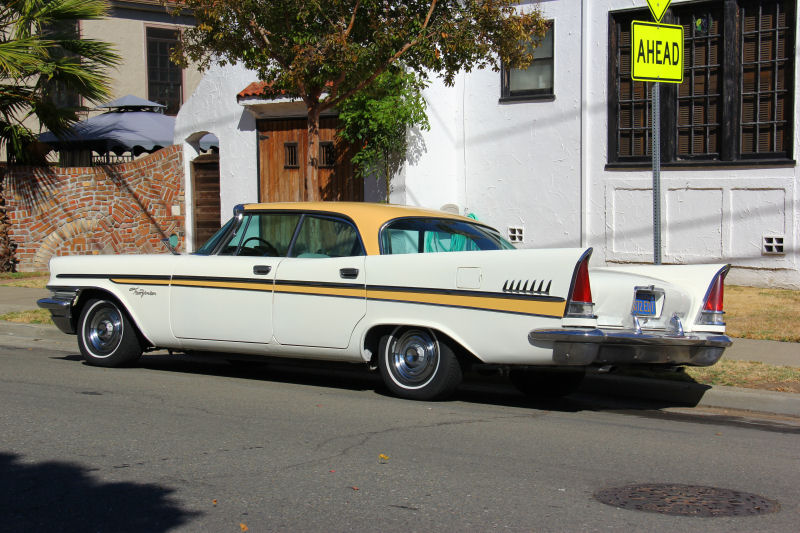 The New Yorker for 1957 came with a 392 cubic inch Hemi V8 and brand-new three-speed TorqueFlite automatic transmission. New Torsion-Aire torsion bar suspension made the large car handle and ride better than its predecessor. Early models came with single headlamps, with dual lamps optional and made standard later in the year as seen on this car. I've always thought the 1957 Chrysler front grille and bumper design was a bit clumsy, but if I'm honest it didn't get any better in '58 or '59. I still think the pinnacle of Exner's Forward Look was the 1958 Plymouth lineup (although I prefer the taillights of the '57s) and I also have a soft spot for the 1959 DeSoto. 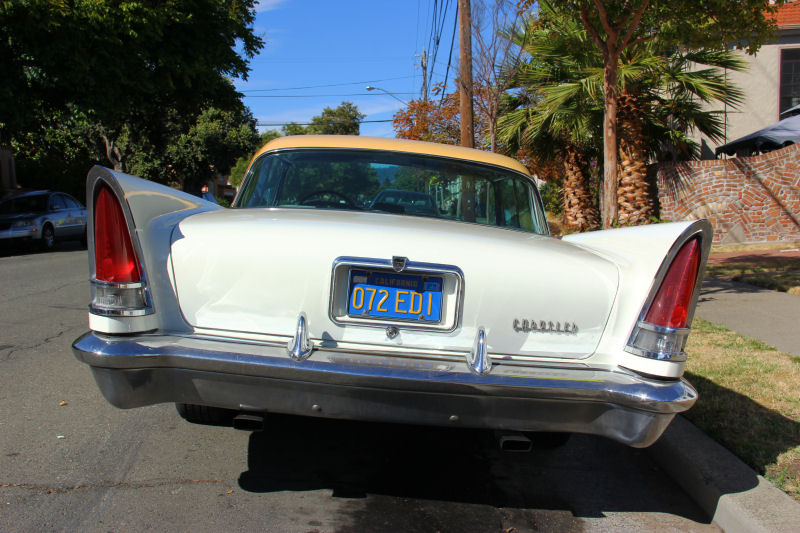 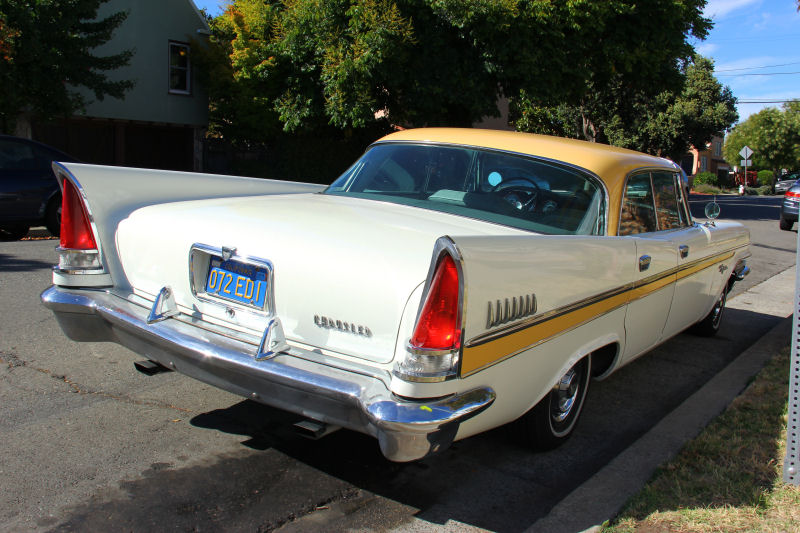 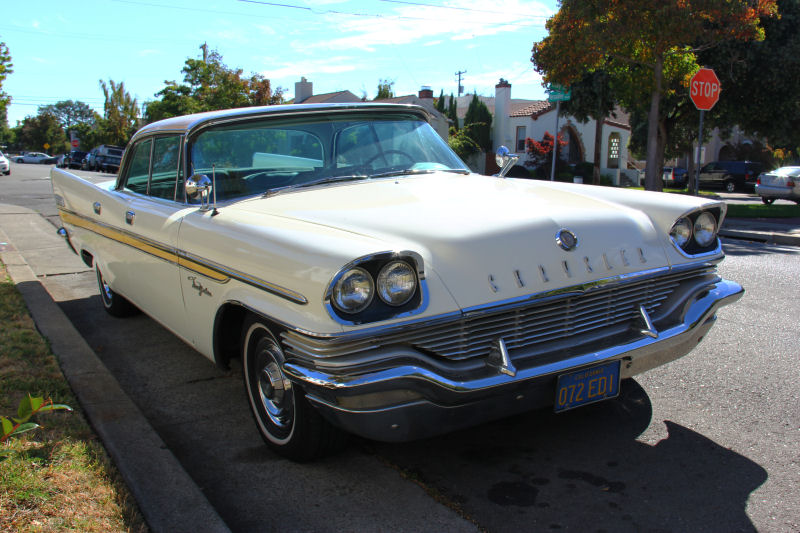 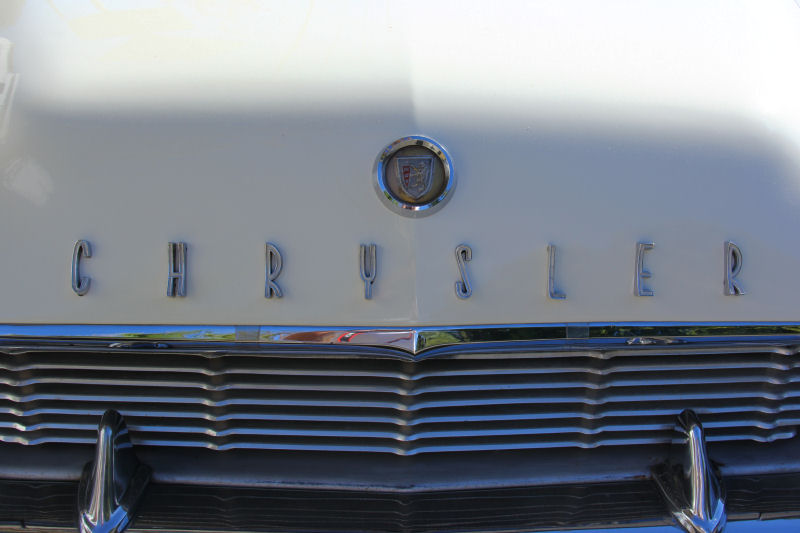 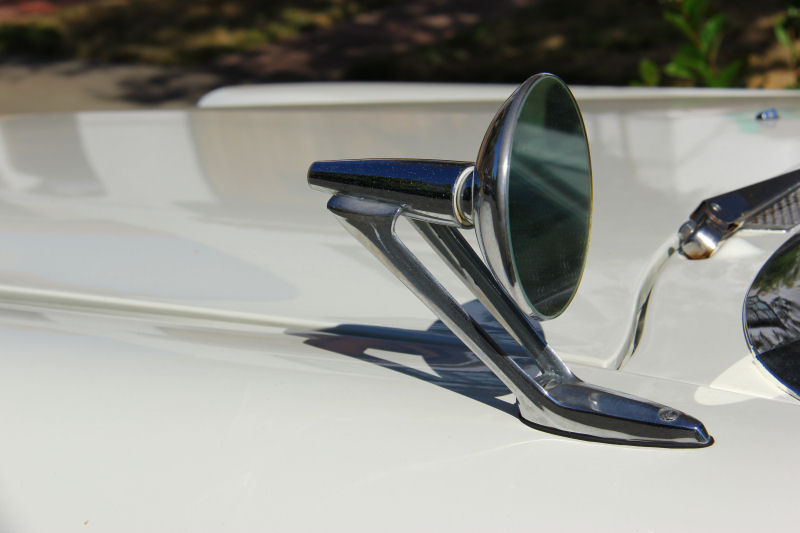 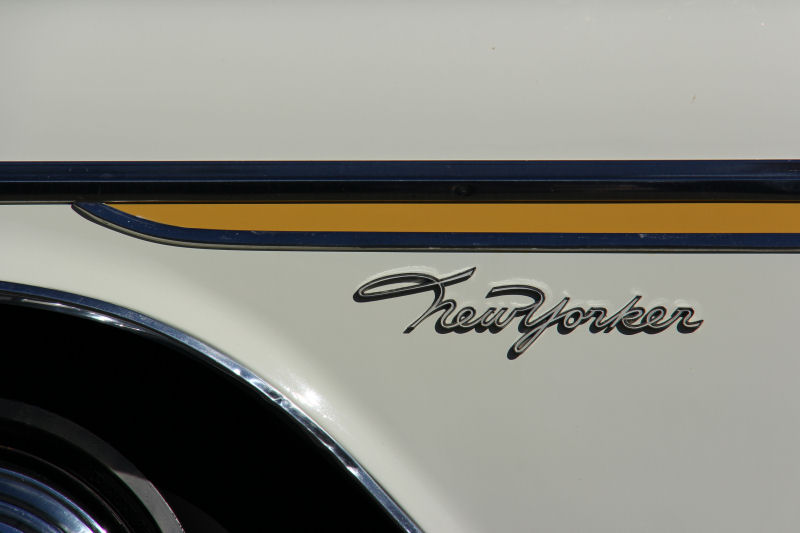 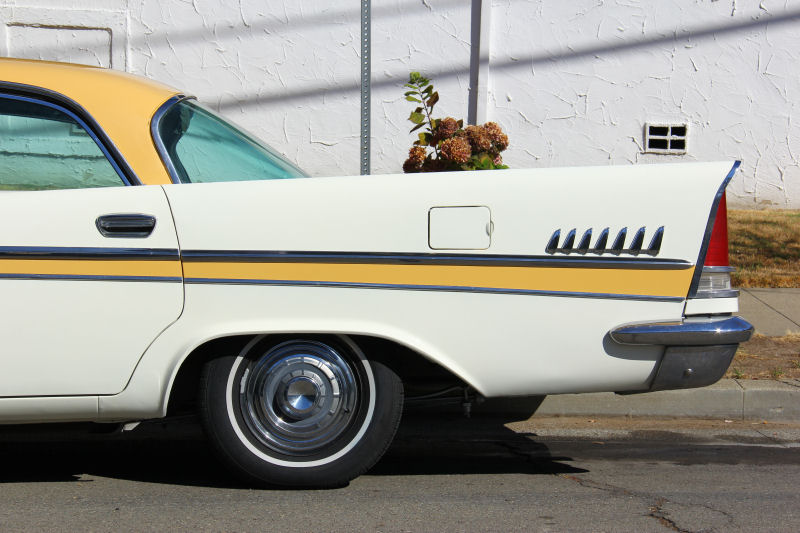 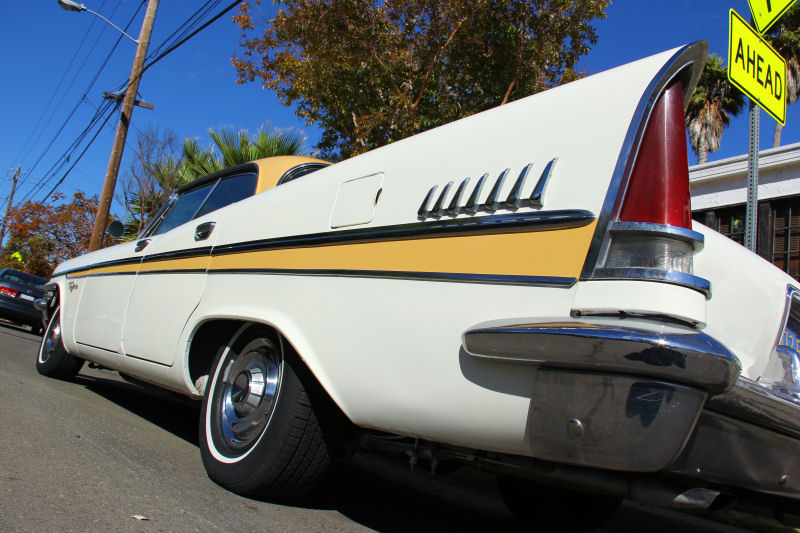 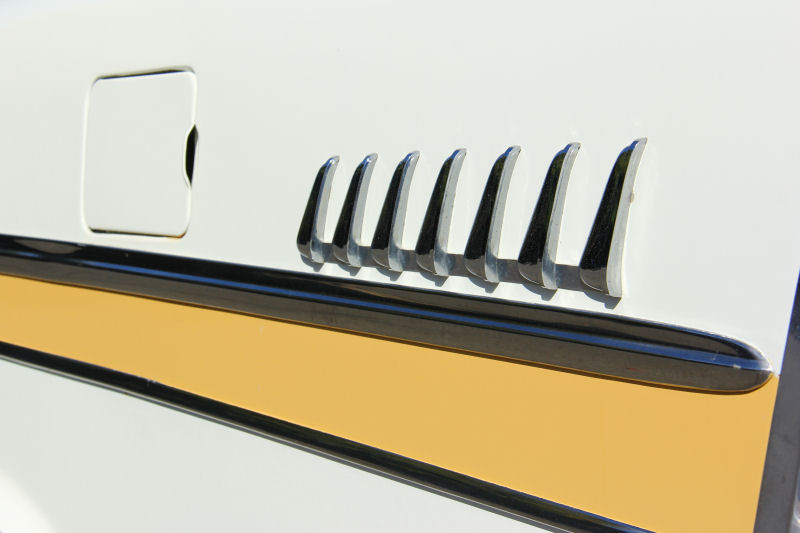 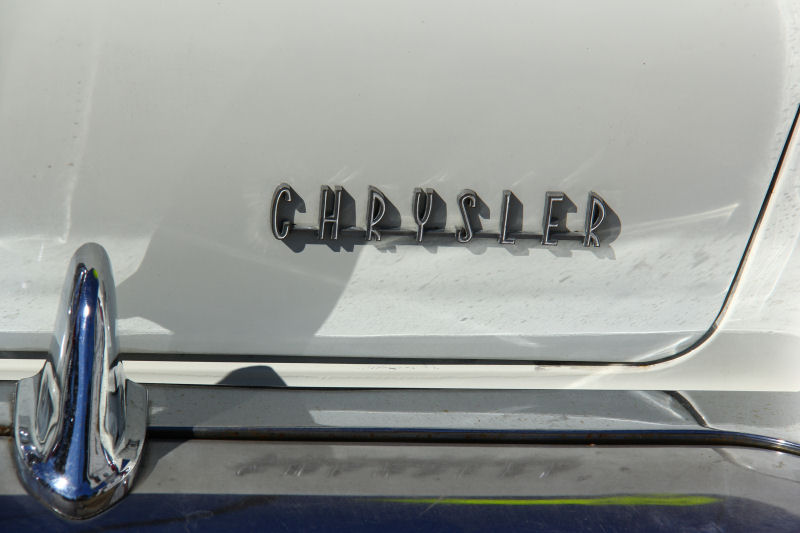 This one is in fantastic condition. I'm sure it's restored, with a nice coat of Cloud White with roof and side accents in what could be Champagne Gold (non-metallic). I've seen the owner working on it in the street before, so it's no trailer or garage queen purchased from an auction by a speculator or some hipster trying to be ironic. It's all stock apart from some restrained dual exhaust tips. I can't find much, if anything, wrong with it. And I like it a lot.
Posted by Jay Wollenweber at 12:00 AM