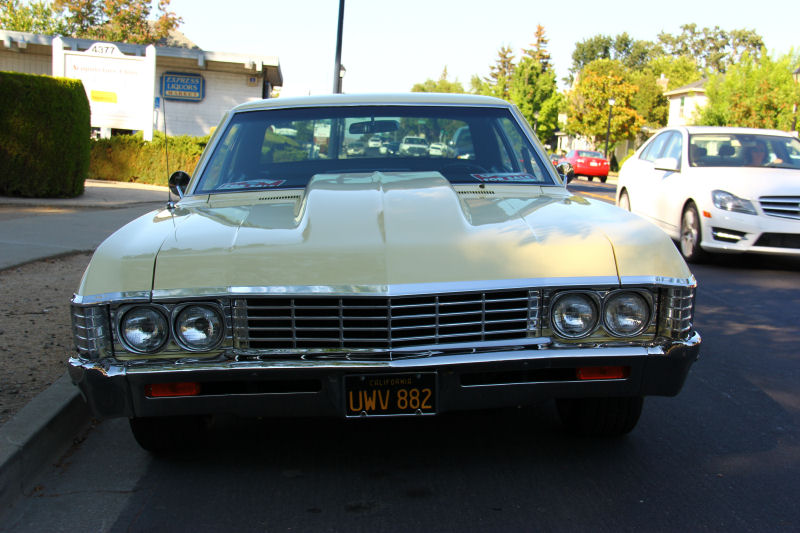 The concept of building a performance car from a base model vehicle isn't a new one. The most basic trim level typically is the lightest. Today we expect even the cheapest new vehicles to have a complement of features. The base versions of older cars tend to be free of air conditioning, sound deadening and even a radio in some cases. All of that contributes to weight. Muscle cars are all fine and good, but those who want a fast big car would want something like a Chevy Biscayne two-door sedan with a four-speed and the biggest V8 they could order or build. 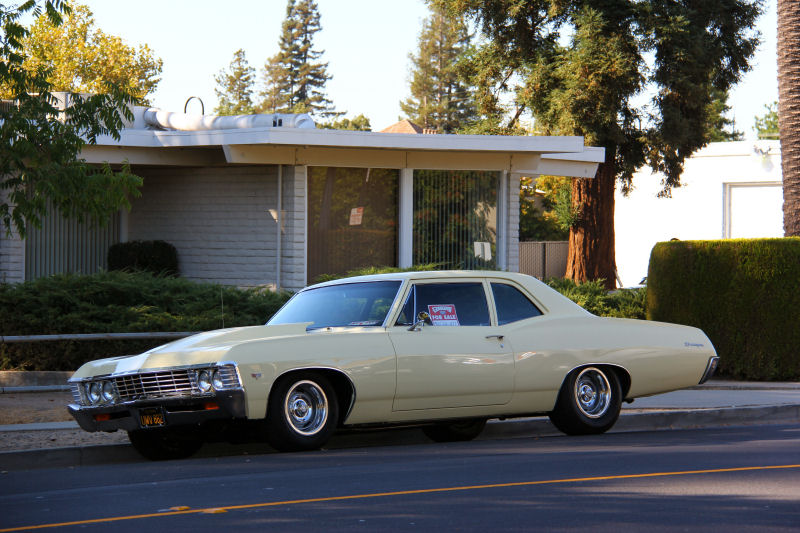 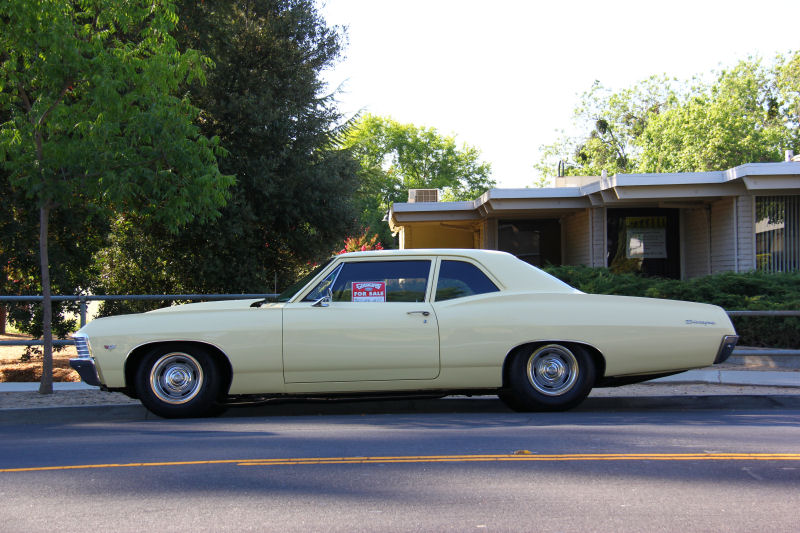 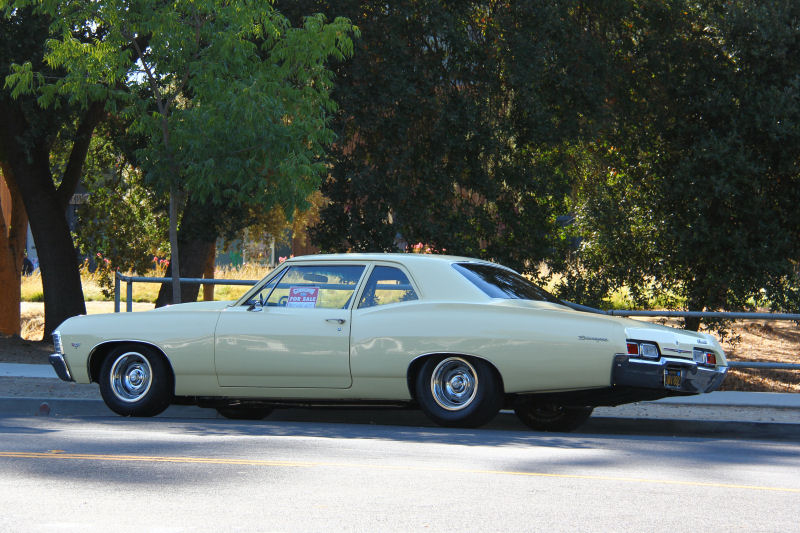 The Chevrolet Biscayne was always a fleet special, destined for rental companies and police departments and never very well equipped, but they could be had with the full complement of engine and transmission options and some factory "delete" options to save money and/or weight. Drag racers loved the Biscayne, and some even turned them into wild-looking altered-wheelbase, big-block dragstrip specials. This one is a bit less extreme than that, but its cowl induction hood and wide radial tires with rally wheels tell you that this is not your aunt's '67 Biscayne. 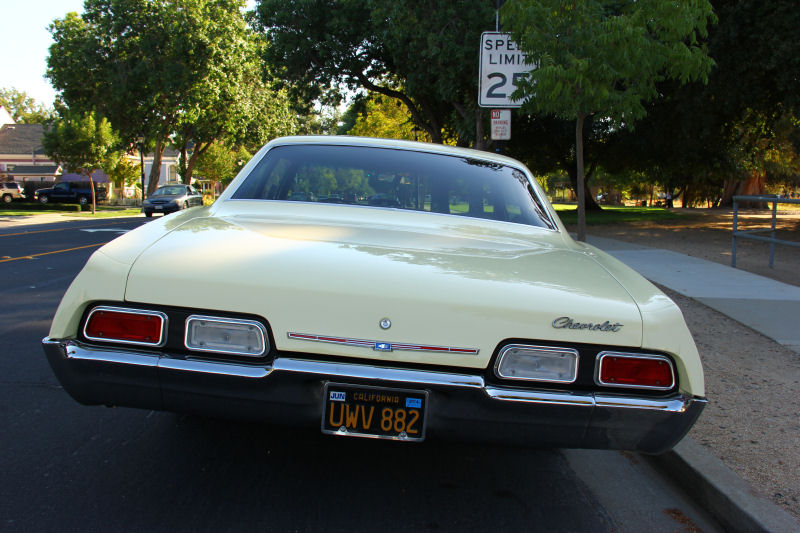 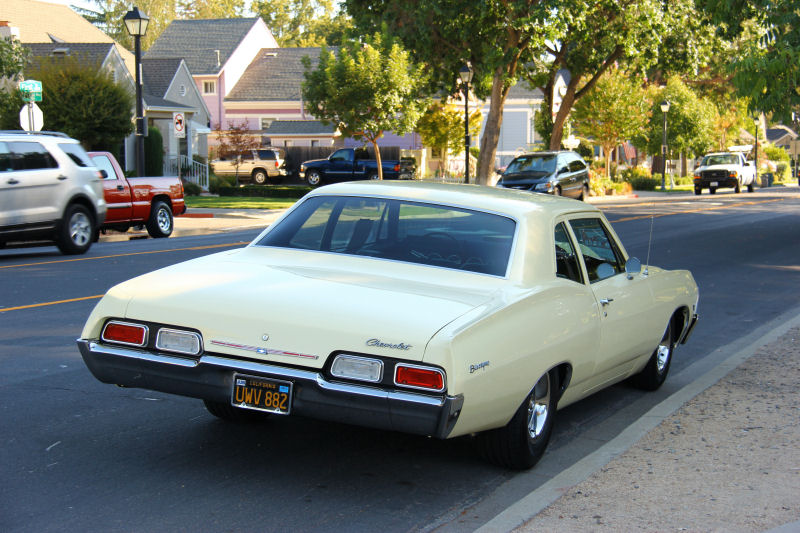 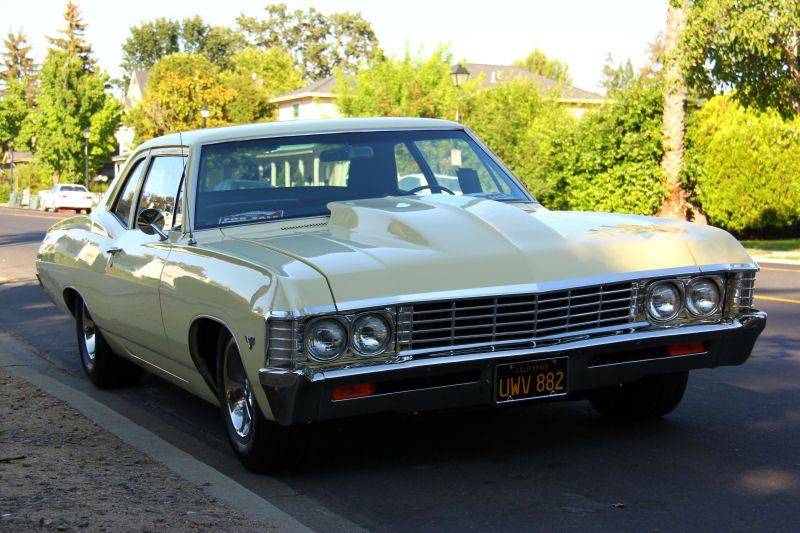 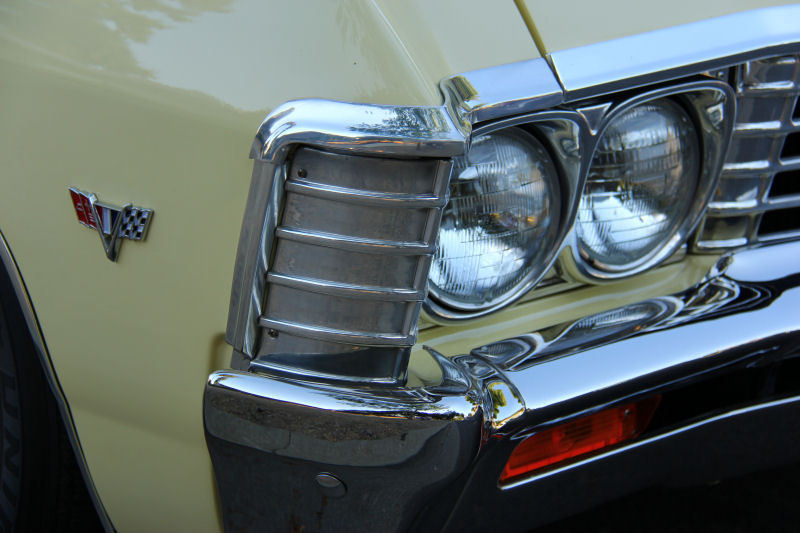 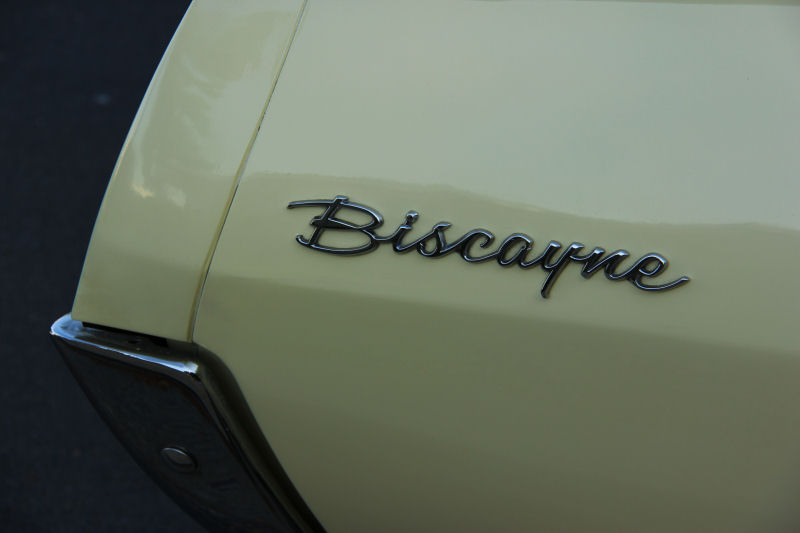 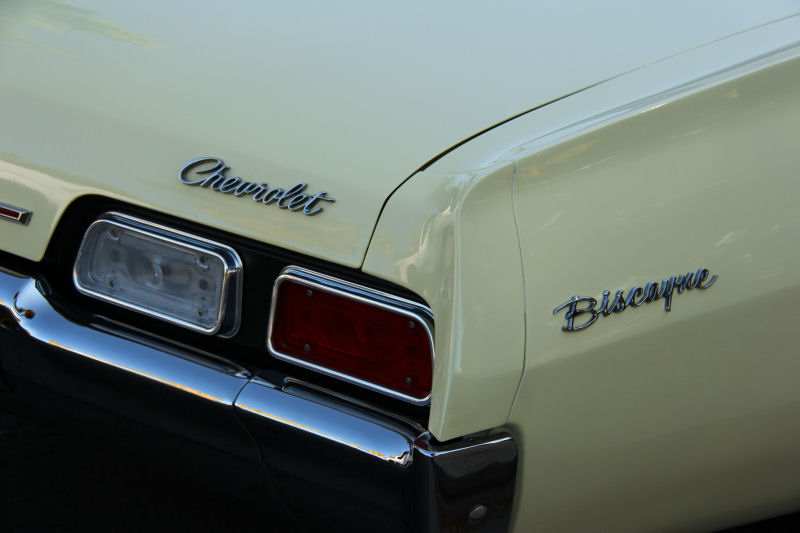 This Biscayne was found parked down the block from Specialty Sales Classics in Pleasanton. At first I expected it must have been part of their inventory but after checking their current and sold listings, I figure it was a private seller trying to get some extra exposure by parking the car on busy First Street. It was late in the day, so the Butternut Yellow paint almost looks bluish in these pictures. That was the brightest yellow available on the full-size car line that year, and indeed the brightest factory color unless you ordered Bolero Red. The cowl induction hood isn't stock; it covers what the for sale sign described as a 355 cubic inch V8 producing 450 horsepower, and a Turbo-Hydro 400 automatic transmission with 3.73 Posi-Traction rear end. It appears to be a factory V8 car judging by the fender badges, but the lack of a displacement number on the badge implies a small block, probably a 283 originally. I believe a 327 car would have had a separate "327" number badge affixed above the V shape. It doesn't appear to me that this is a drag car, just a cruiser that someone built to go faster and maybe handle and stop better than stock. I don't see many Biscayne builds, as most people want the fancy Impala hardtops, and that got my attention.
Posted by Jay Wollenweber at 12:00 AM