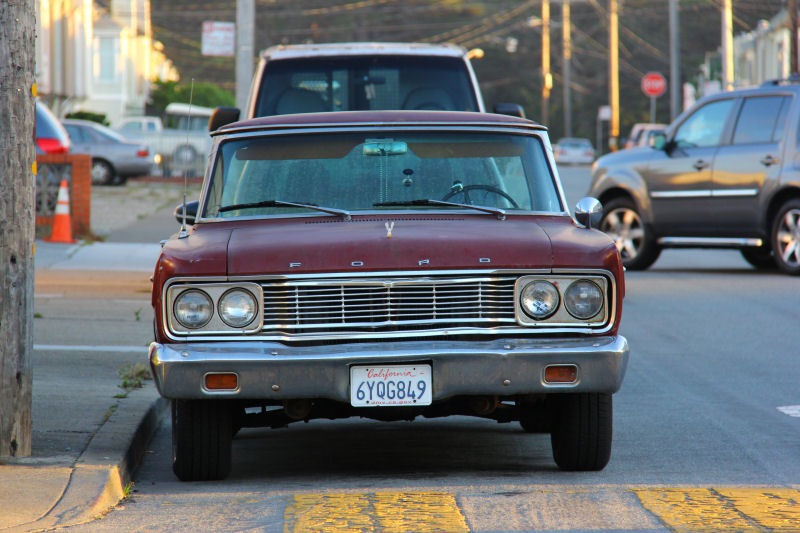 If you asked me to name a car from the 1960s that was so generic, that if you removed all of the badges the average person couldn't identify it, I would nominate the 1965 Ford Fairlane. I'm a big fan of most of the 1965 Ford Motor Company portfolio, and I love the 1963, '64, '66 and '67 Fairlanes. But the 1965 model has never done anything for me personally. Sure, it has that Big Three Detroit car look, is obviously an easy-to-handle midsize car, and is available with V8 power. However, there is nothing about the styling that really defines it as a Ford. From some angles, it could be a Dodge or Plymouth, or a Rambler. 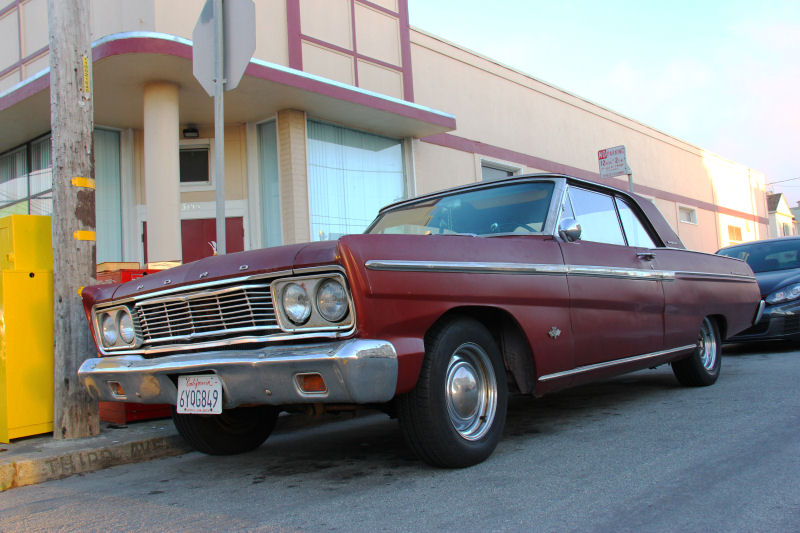 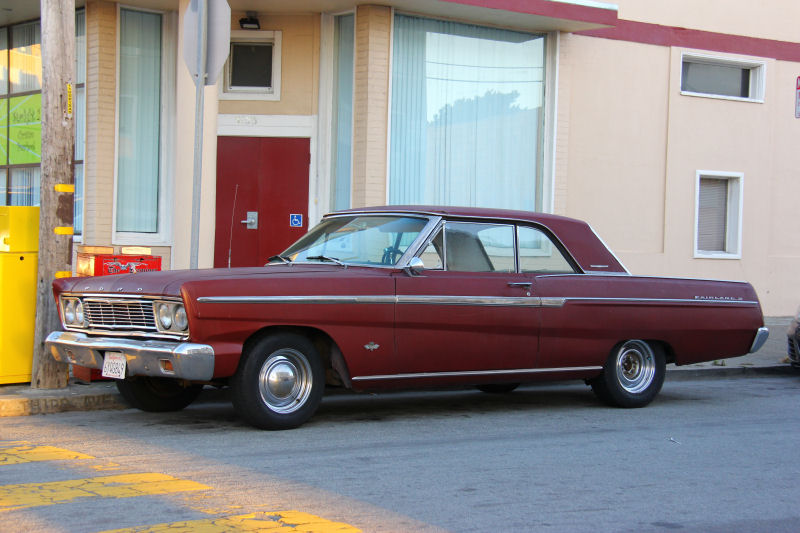 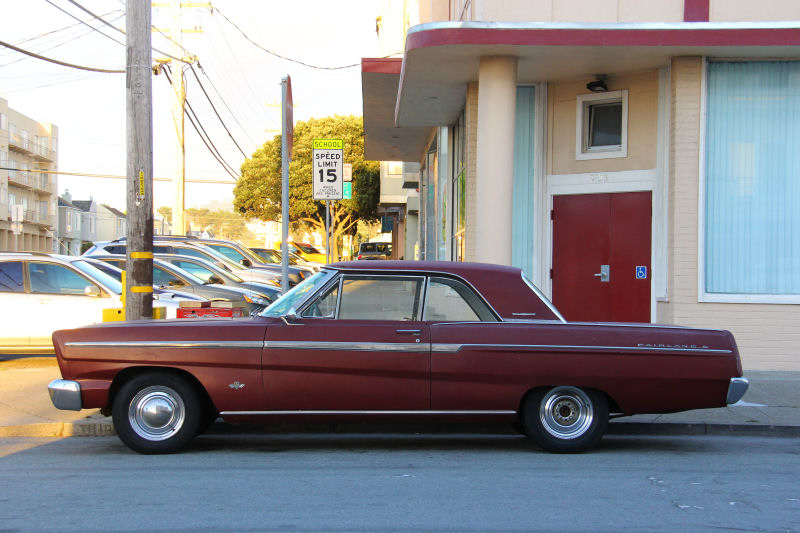 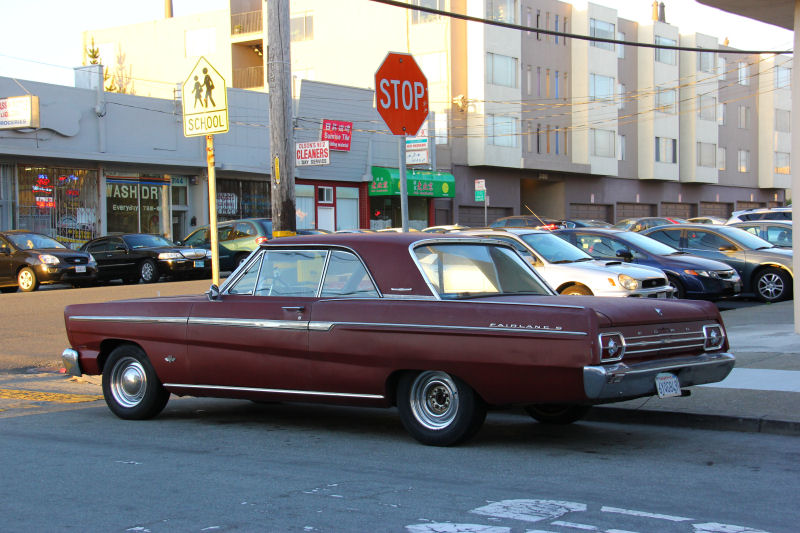 This generation of small Fairlane began in 1962, as an intermediate car between the Falcon and the Galaxie. The car had a familial resemblance to the Galaxie through these years, and in my opinion the '64 Fairlane is actually better looking than the same-year Galaxie that inspired it. When the Galaxie got an all-new look for '65, so did the Fairlane. But in doing so, Ford squandered an opportunity. The Fairlane was modernized, at the cost of virtually all the personality it had. I can't say if the styling was the only reason why sales dropped by over 50,000 units, but I do think that the '65 Chevelles from GM were far better looking cars. 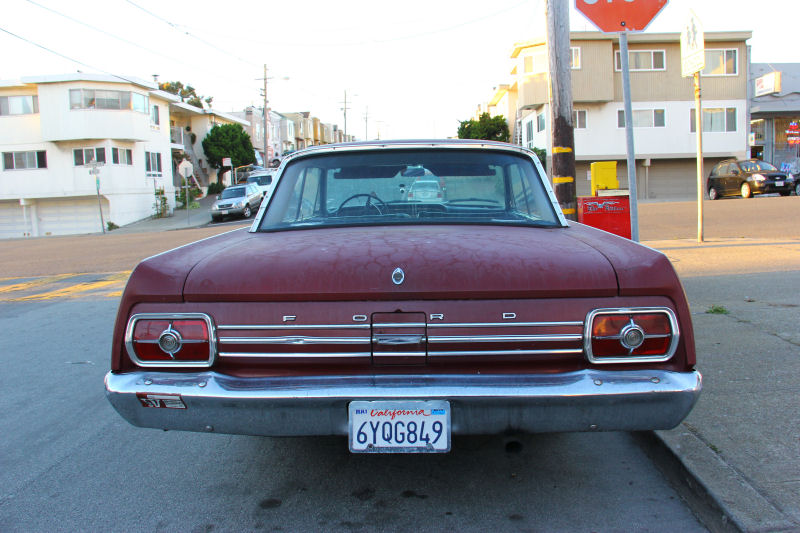 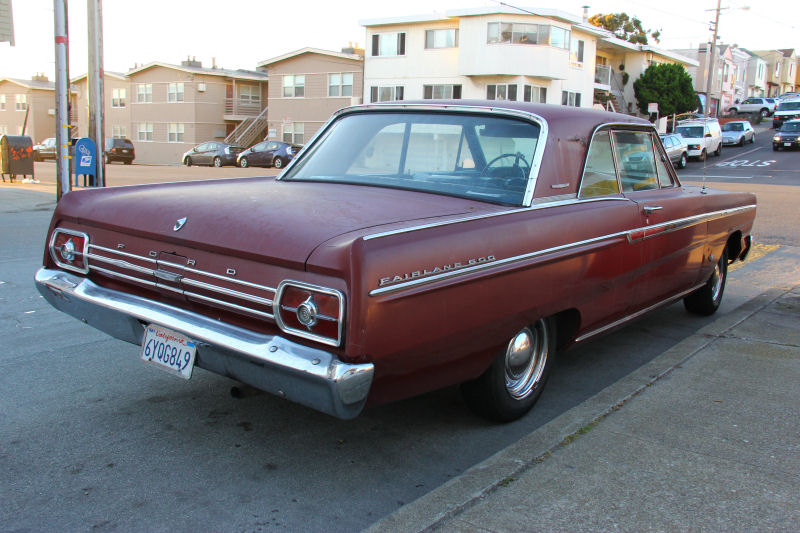 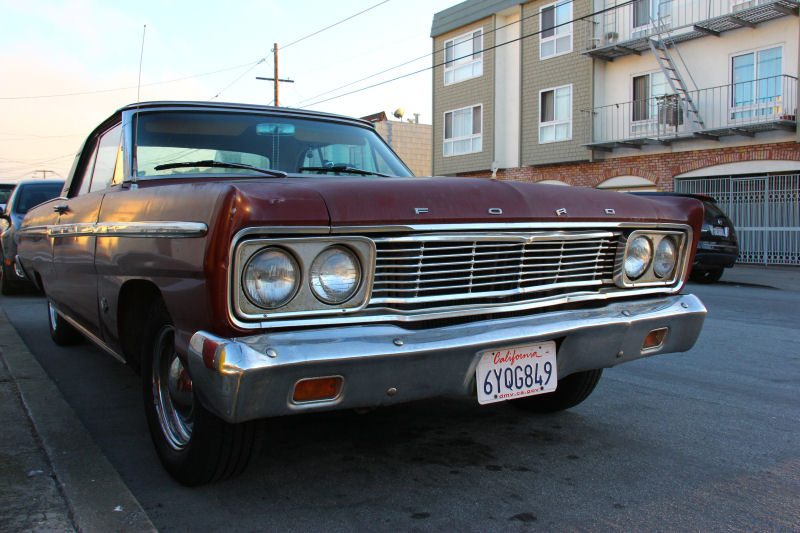 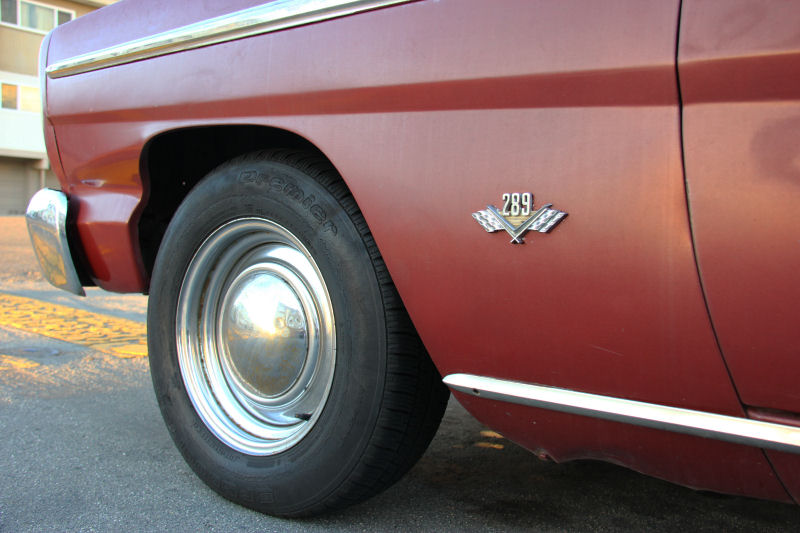 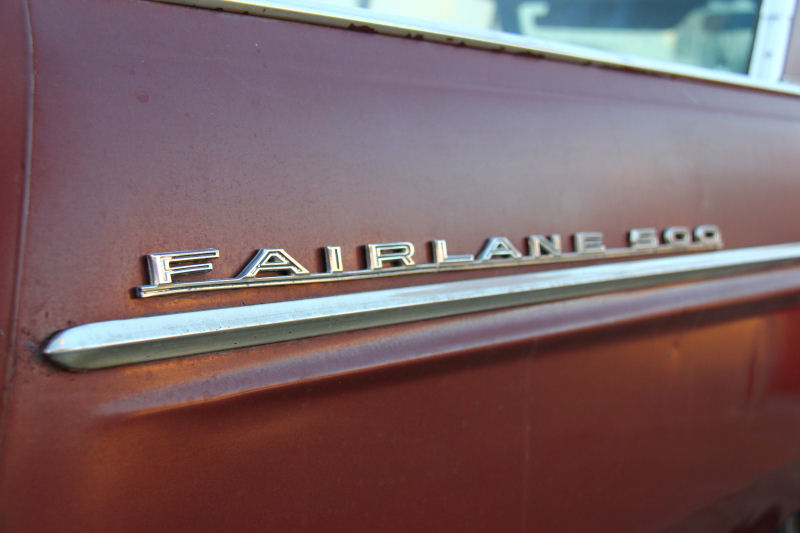 By no means is a 289 V8 Fairlane 500 hardtop coupe a bad car, don't get me wrong. Some people think it's more interesting than a '65 Mustang, and I tend to agree. I'm pretty bored of early Mustangs. The hardtop is more distinctive than the standard four-door sedan, though the unapologetically staid styling almost works on the station wagon. I think one of the worst details of the '65 Fairlane is the front fender between the bumper and the wheel arch. The sculpted creases make the car look like it slammed into a tall curb and crinkled the fender bottom upward. This car looks relatively free of actual body damage, but the C-pillar and rain gutters on the passenger side should be treated before they rust through. This is one of those cars I don't plan to ever own an example of, but I'm glad that someone else has gone to the trouble to buy and hopefully preserve one for the future.
Posted by Jay Wollenweber at 12:00 AM