I don't see a whole lot of International Harvester trucks. Part of this is due to their proclivity to rust, and the rest is likely due to the existence of Ford, Chevy and Dodge. Oddly enough, in recent months the IHC faithful have come out of the woodwork and now I'm seeing solid old Internationals all over. This one, however, was actually spotted darn near two years ago in the town of Seaside, while my friend and I were heading to Mazda Raceway Laguna Seca. It's a 1964 C-1100 longbed pickup. 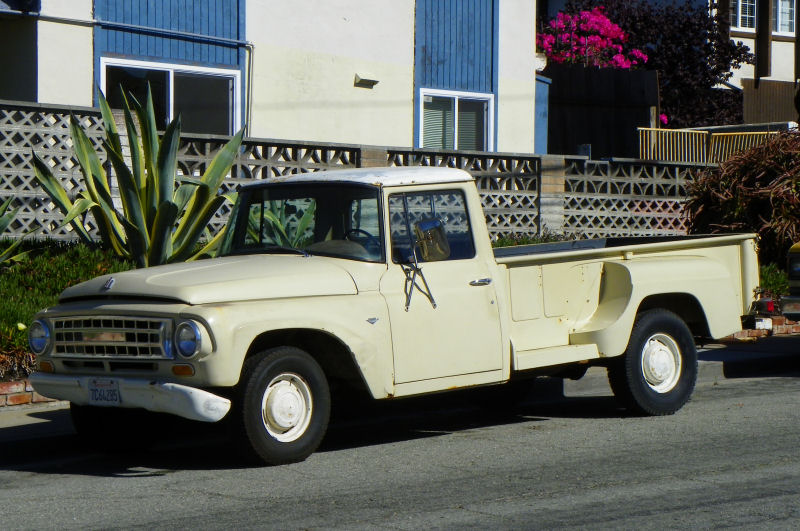 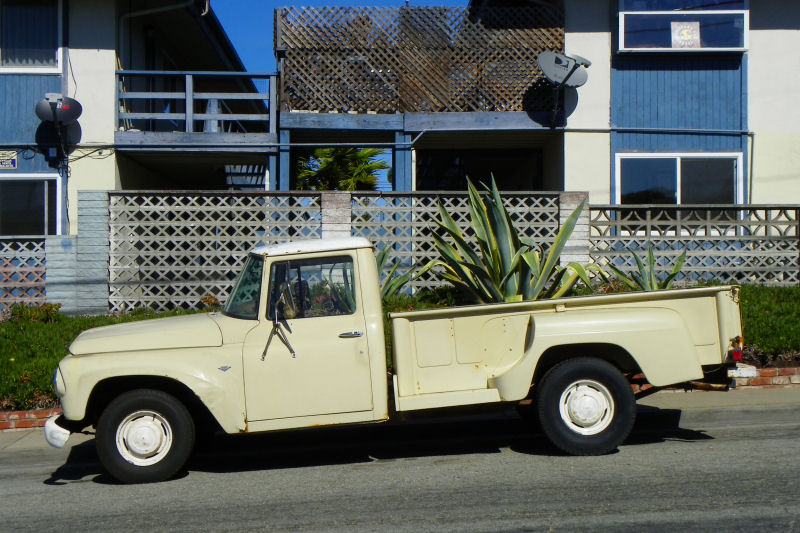 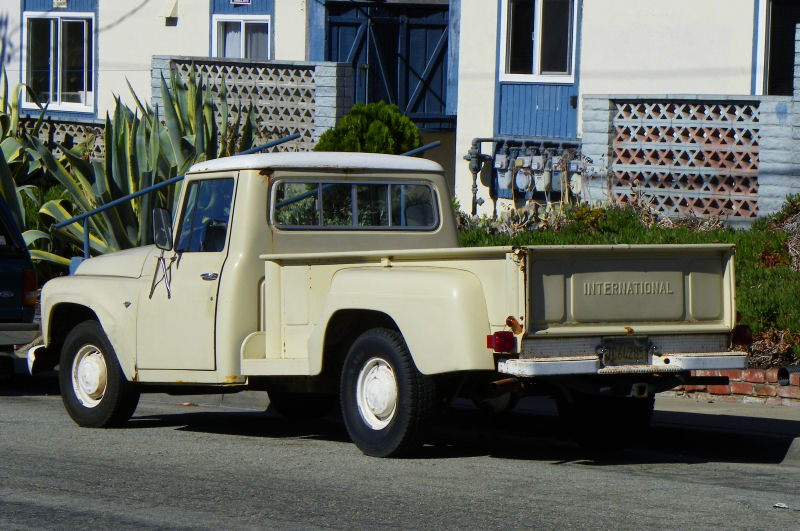 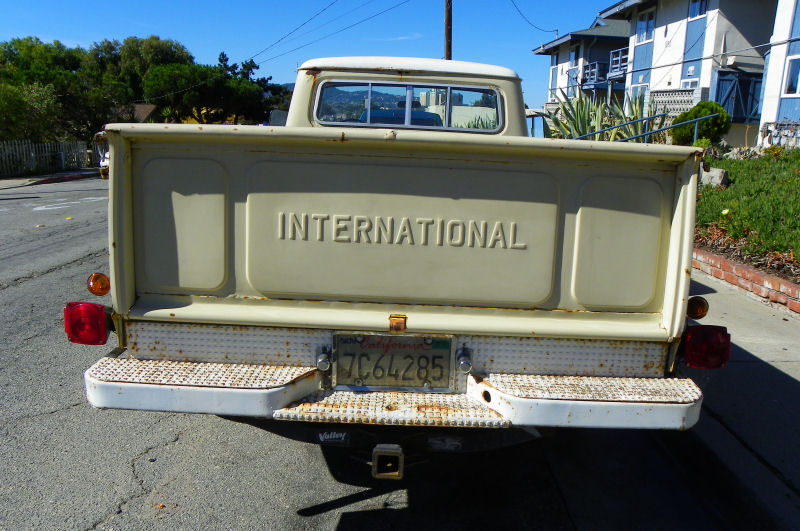 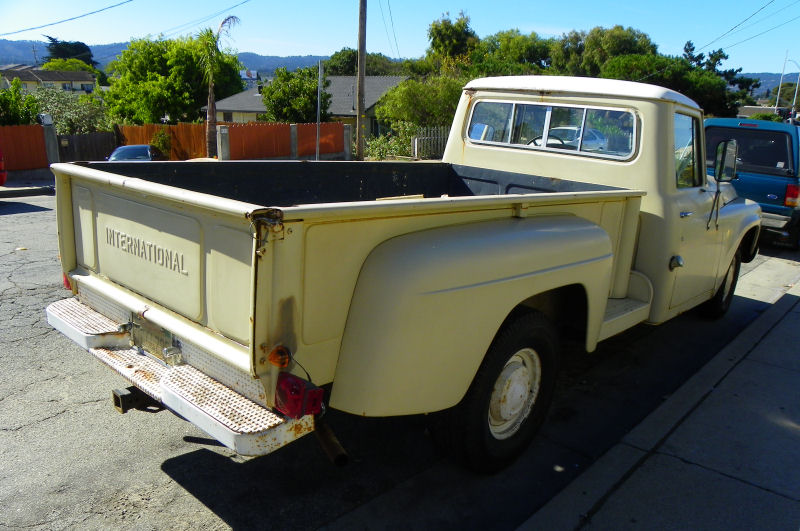 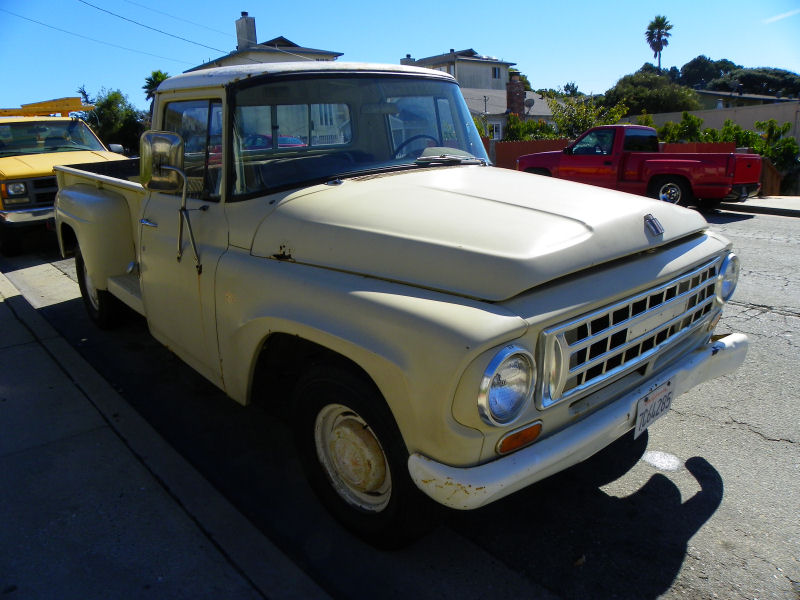 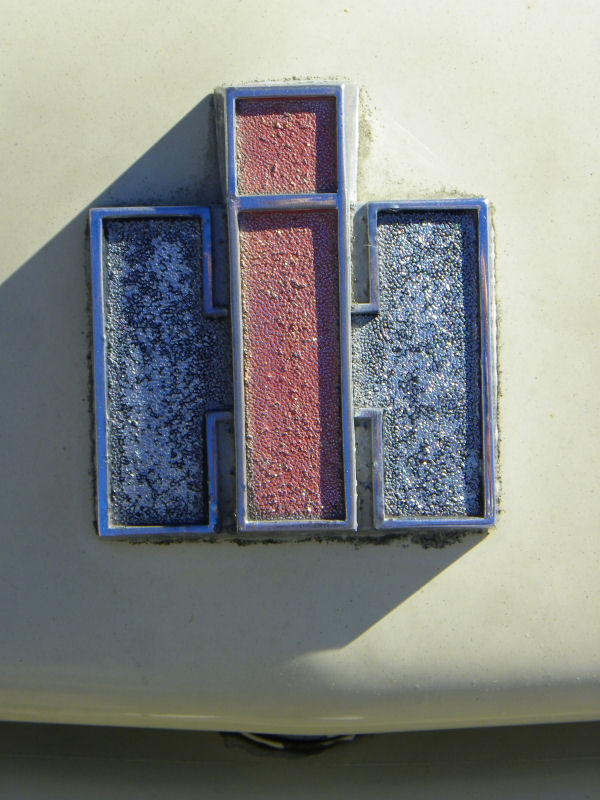 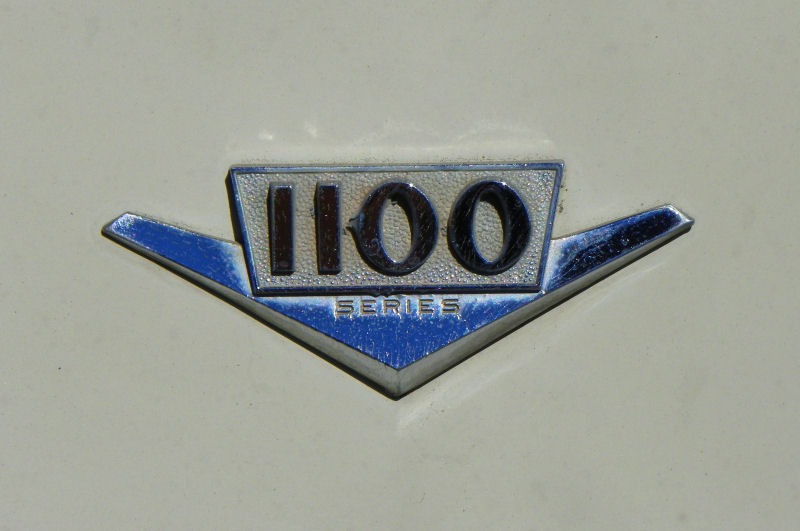 The C-1100 was a mid-range offering in the C-Series truck line. The base pickup in '64 was the C-900, a shortbed stepside with a four-cylinder engine from the compact Scout SUV. The heaviest-duty light truck was the C-1500, with a stout commercial chassis and a flatbed or utility body. Engines ranged from an IHC-built 241 cubic inch six to a 266 V8 or 304 V8. Transmission was most likely a three-speed manual. I'd venture this one is likely two-wheel-drive as it sits too low to be an old-school 4x4. The fact it's a longbed stepside truck makes it somewhat unique; most surviving older trucks seem to be shortbeds and by this time, fleetside beds were becoming more popular. The coastal rust makes me sad, as does the body damage, but the trailer hitch, retrofitted tail- and signal lights, diamond plate rear bumper and heavy-duty truck mirrors all tell me that this truck gets used as a truck. The nearly complete absence of chrome trim tells me that it was always used as a truck, built to work and still working fifty years later.
Posted by Jay Wollenweber at 12:00 AM