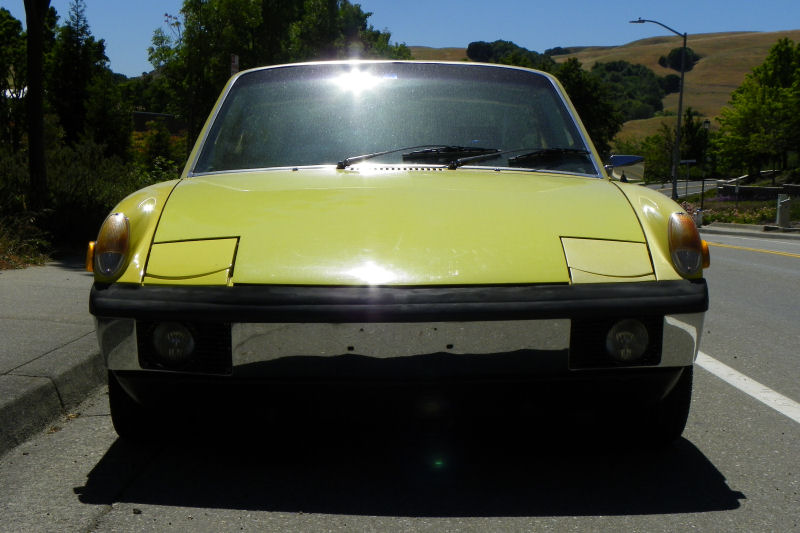 When I was a kid I spent a lot of time playing Need For Speed: Porsche Unleashed. For some reason I painted all of the Porsches in my collection yellow with red and black rocker stripe decals. I was pretty poor at driving digital 911s with their interesting rear-heavy weight balance, but I loved the 914. 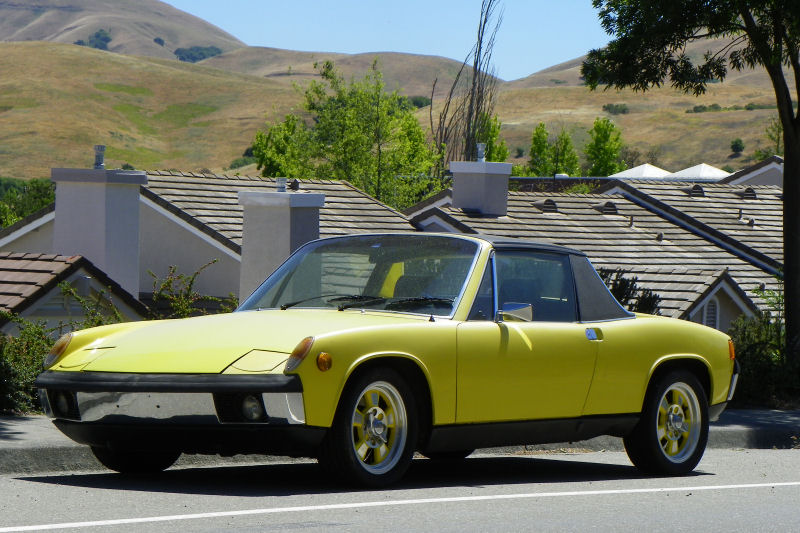 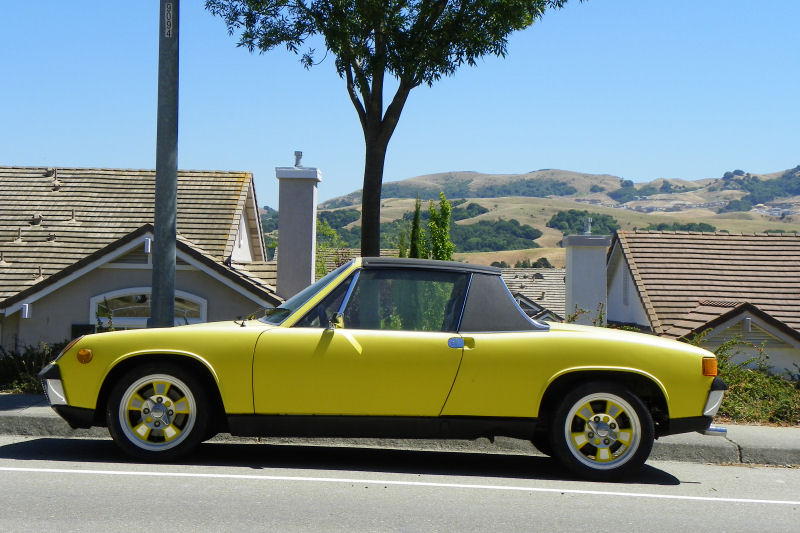 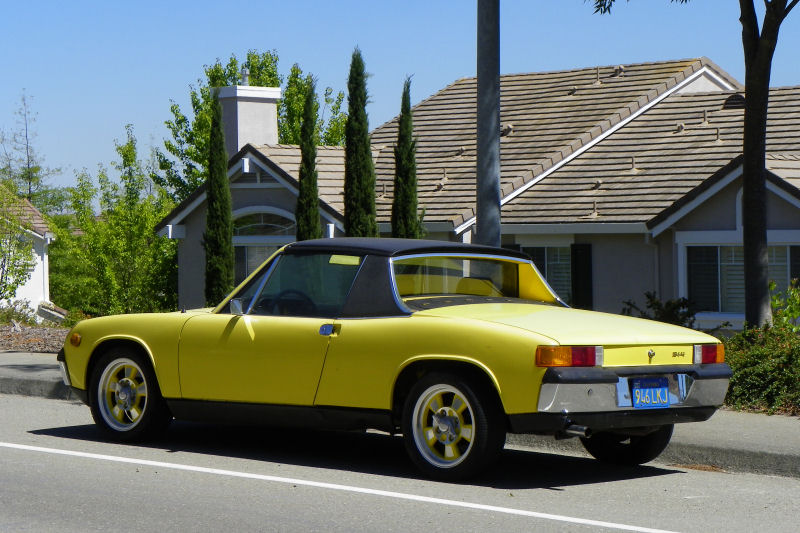 It doesn't seem fair to me that the Porsche 914 has been maligned so badly by Porsche enthusiasts. Yes, it's not really a true Porsche. The 914 was co-developed with Volkswagen as a replacement for both the VW Karmann Ghia Type 34 and the Porsche 912, a 911 body with economy Volkswagen flat-four power. The original plan was to make the car with two available engines, a 1.7 liter VW four-cylinder and a 2.0 liter flat-six from the 911, and market the 914/4 as a VW and the 914/6 as a Porsche. Both cars ultimately were sold in the U.S. as Porsches, although the 914/6 was only on the market until 1972 when it was dropped due to slow sales. Buyers didn't want to pay almost-911 money for a car that wasn't a 911. The four-cylinder 914 was Porsche's best selling model in the United States from 1969 to 1976, known for its excellent weight distribution and good handling, if not for straight-line performance or attractive styling. 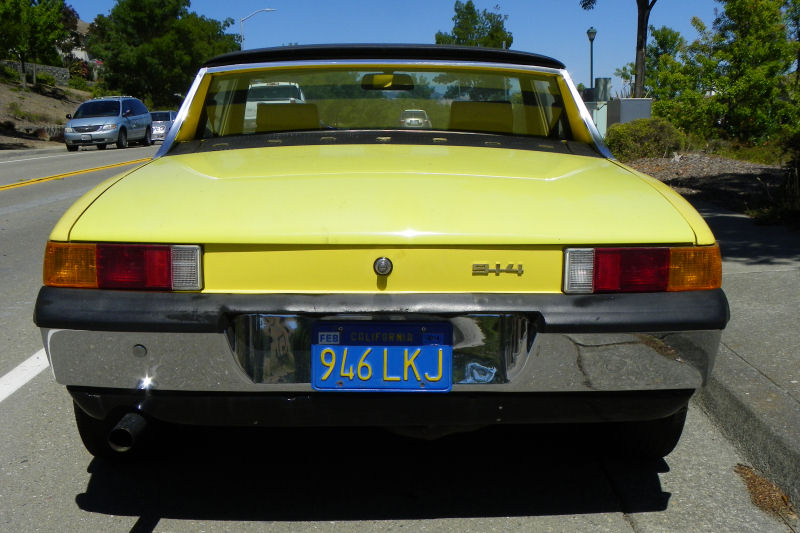 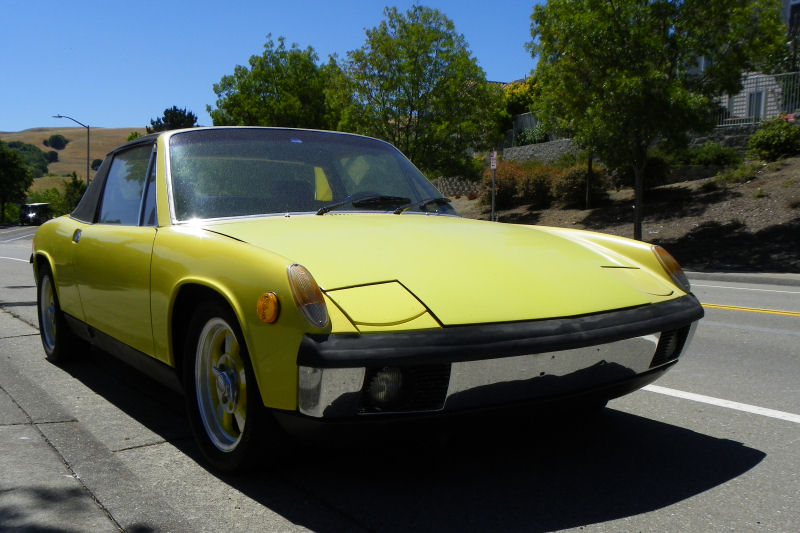 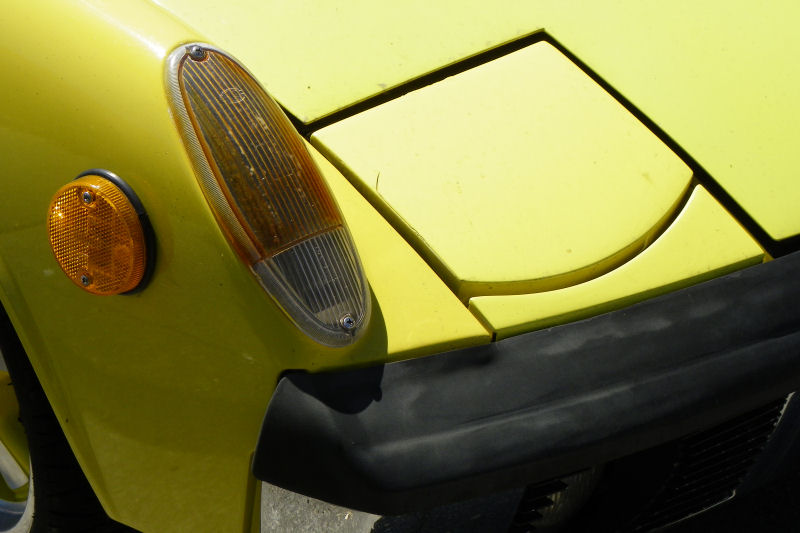 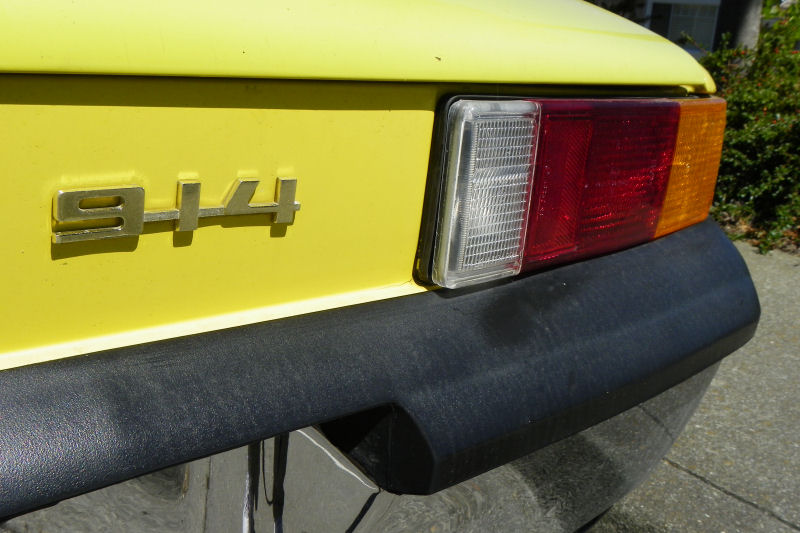 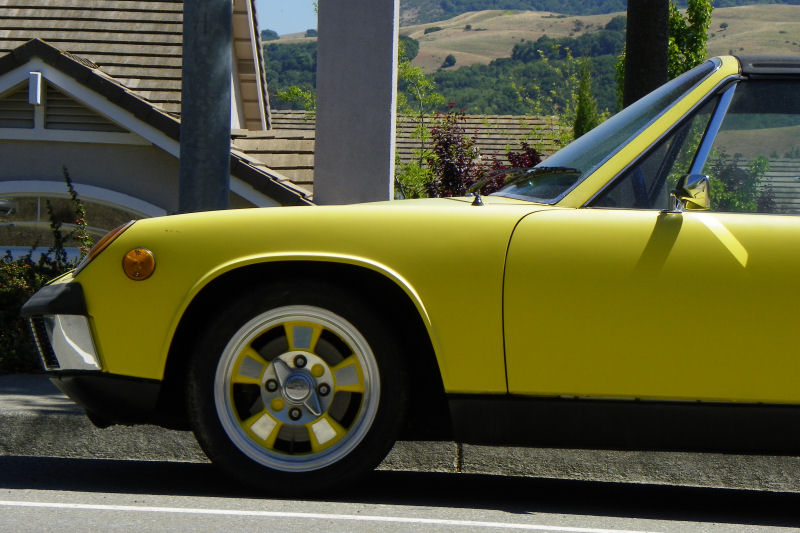 As far as I know, this is a 1972 914/4 with the 1.7 liter engine. It's Saturn Yellow with the small early-model bumpers, and wearing "Riviera" style aftermarket wheels accented in body color. The spinner hub centers are an unusual touch I haven't seen before on a car like this. Personally, I've always thought the 914 is a cute little runabout with its removable targa roof section and pop-up headlights. My neighbor used to have a 914, originally Ravenna Green but repainted red. I never got the chance to shoot that one on the street since it's been sold, but I found this one and it's a nice substitute.
Posted by Jay Wollenweber at 12:00 AM