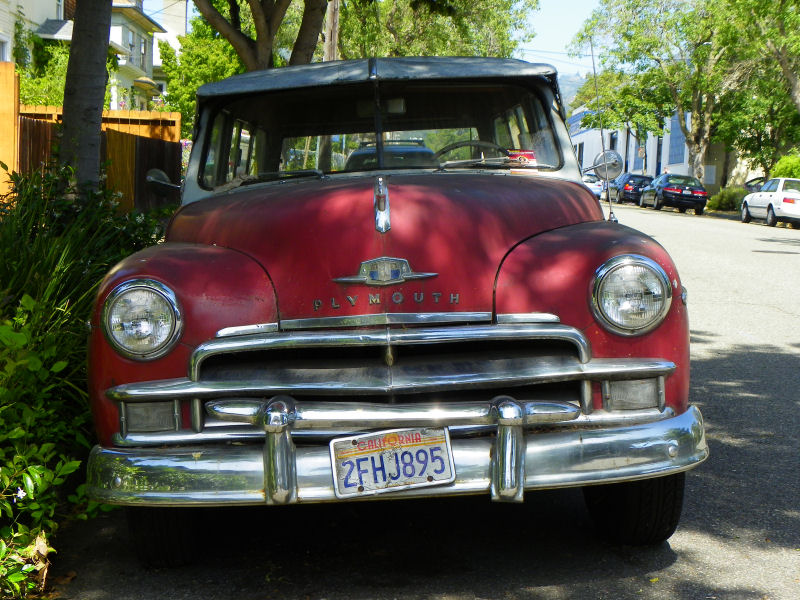 This was more or less the vehicle that got me started coming to Berkeley to shoot cars. I browsed Flickr for Bay Area classic cars and learned that there was a 1950 Plymouth wagon in Berkeley. Sure enough, it turned up, and I've been making the odd trip to the eclectic streets of Berkeley ever since. 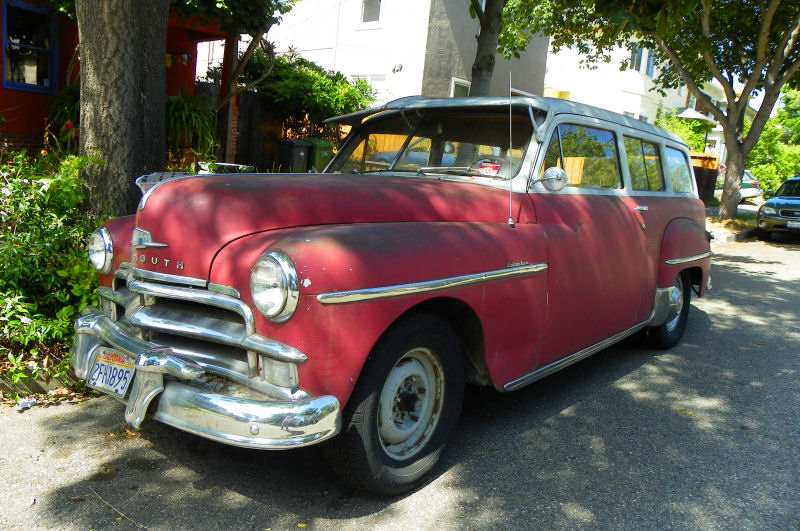 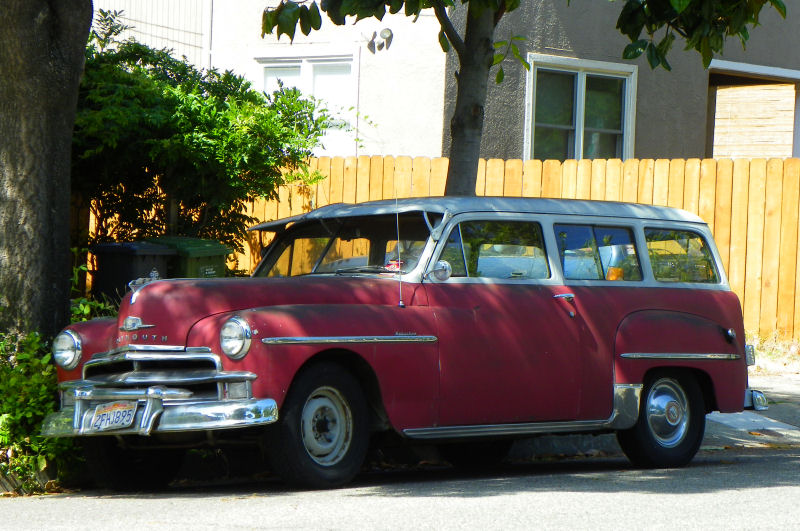 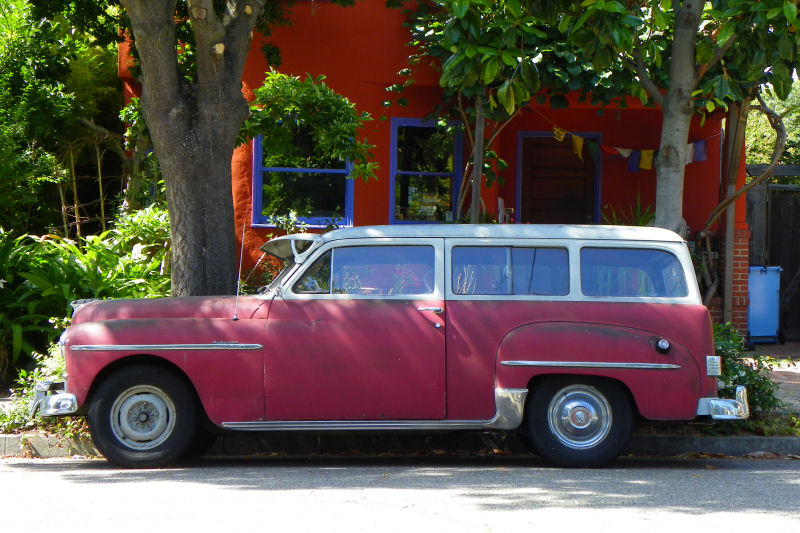 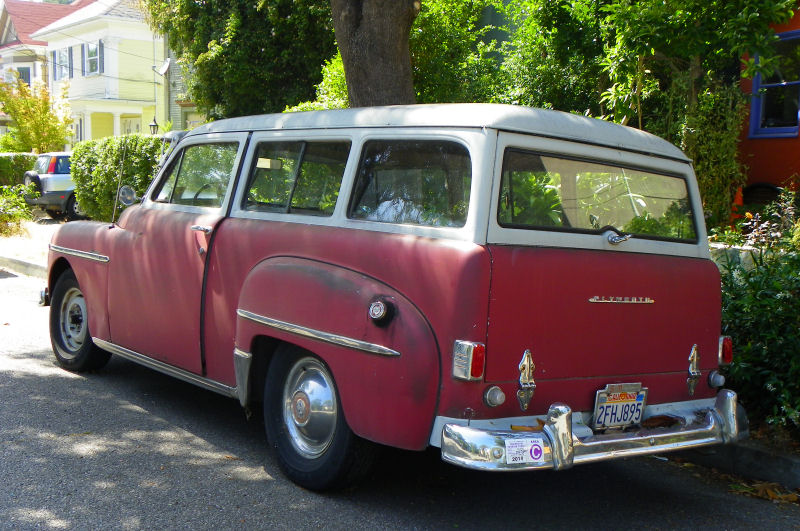 Some readers may be confused by the name Suburban on a Plymouth. Surely General Motors owns the trademark, right? Before Suburban became universally known as Chevrolet's full-size SUV, the term was generally used to describe a station wagon. Chevy was the first, with its own Suburban hitting the market in 1933 as a passenger wagon body on a truck frame. Several manufacturers offered "Suburban" wagons, among them Chrysler Corporation and some of the independent carmakers. Plymouth's first Suburban was a two-door all-steel wagon version of its DeLuxe full-size economy car line. Customers looking for a four-door wagon still had to opt for a Special DeLuxe woodie. This would be the final year of the wood-bodied wagons and indeed, the final year of the DeLuxe model before it would be replaced by a new car. DeLuxes for 1950 were powered by a 217 cubic inch straight six producing 97 horsepower, routed to the rear wheels through a three-speed manual transmission. 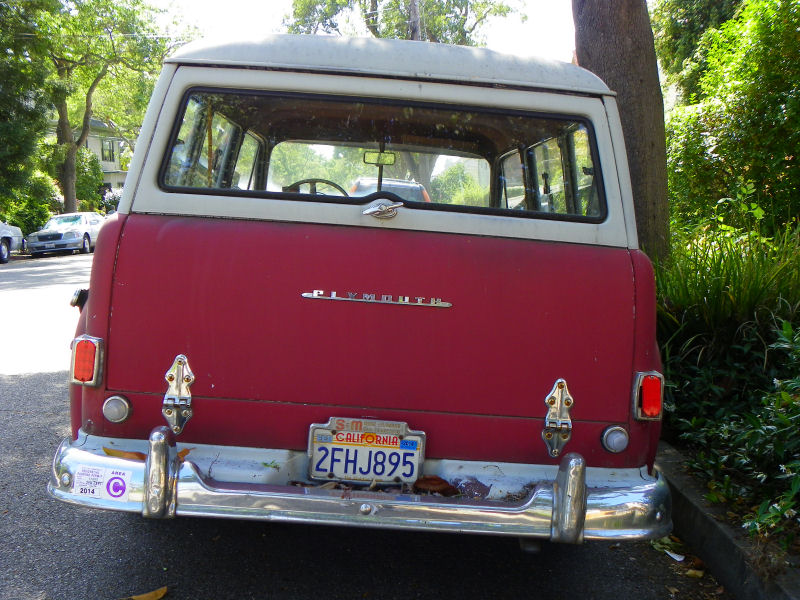 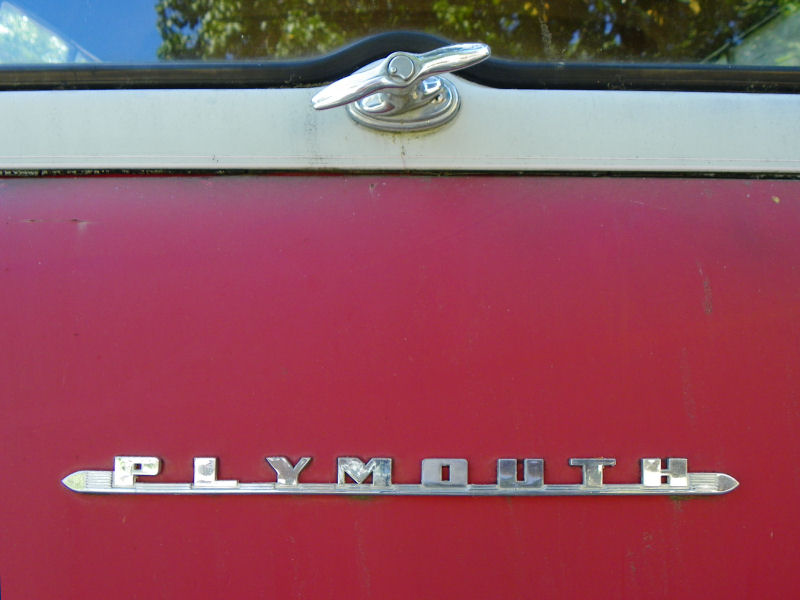 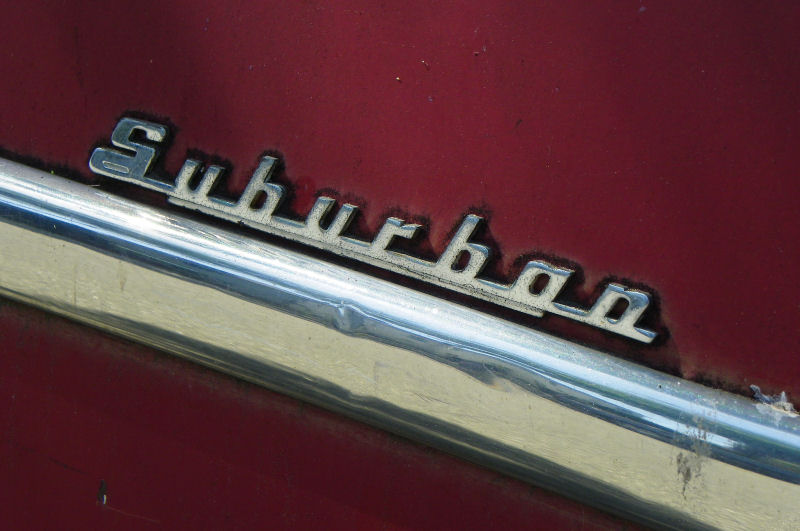 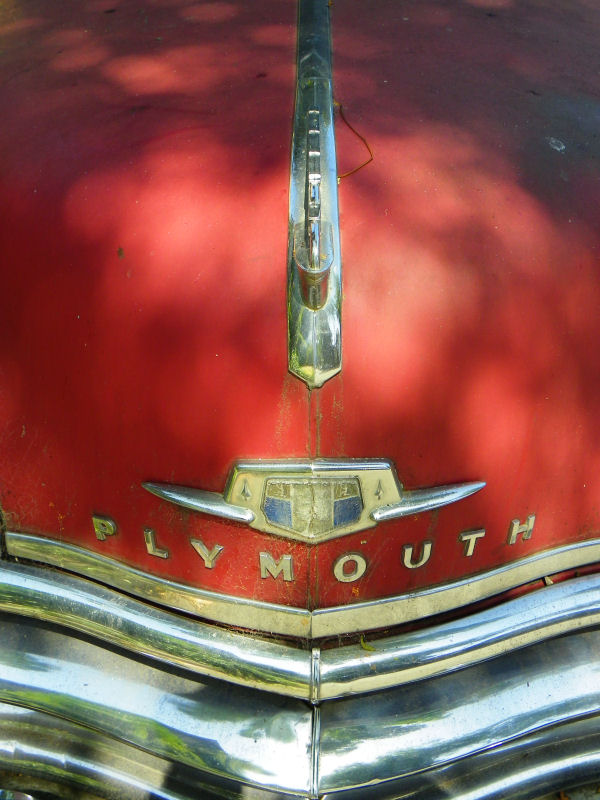 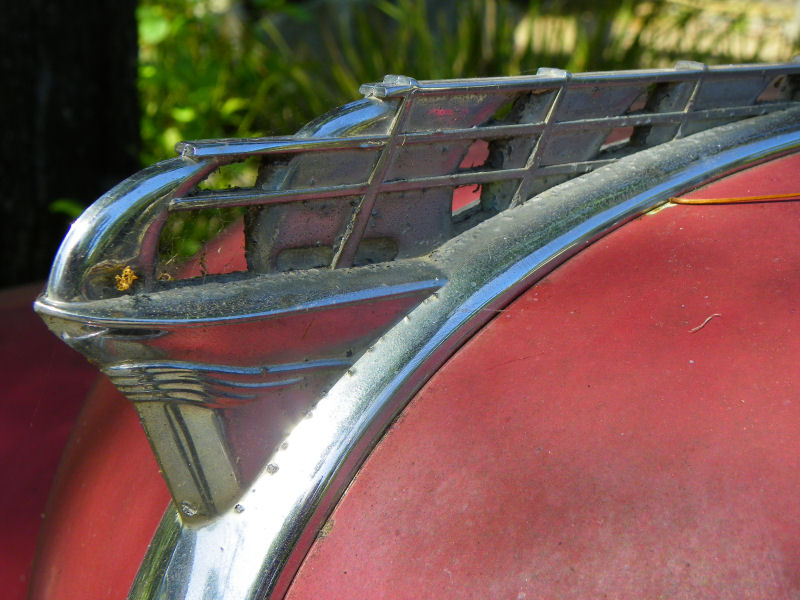 This Suburban is well used, an urban survivor and by far the most unique car on the street, parked in front of probably the most unique house on the street. This one appears to be a fancy version of the Suburban with its two-tone paint, full wheelcovers, side chrome trim spears and chrome tailgate hinges. It could be a Special DeLuxe but I'm not sure, since it lacks chrome trim on the side window sliders and below the windows. The adjustable steel windshield shade could be an option or dealer accessory. The colors look like they could be Plymouth Cream over a faded Rio Maroon or Mexico Red. The three-masted sailing ship hood ornament is probably the most interesting detail, one that must be seen up close to be appreciated. The body is a little bent-up in the front fender area and front bumper trim alignment, but otherwise solid and an easy restoration if someone felt so inclined.
Posted by Jay Wollenweber at 12:00 AM