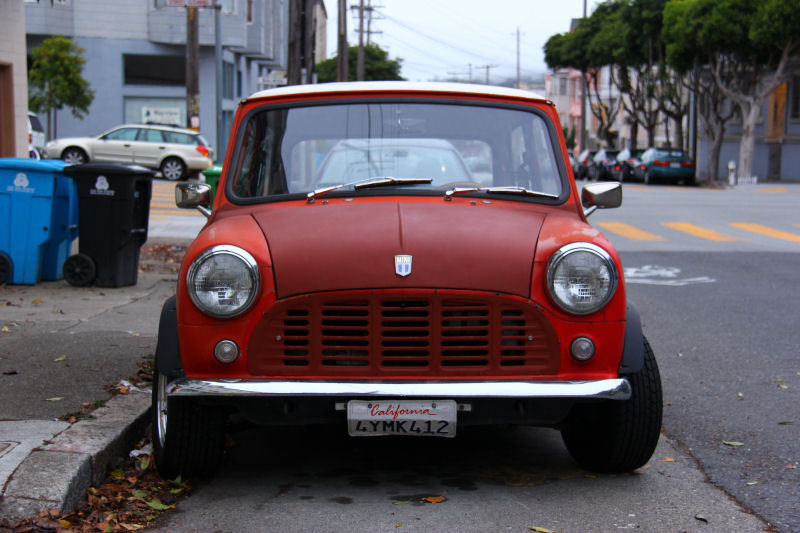 Oh dear, a Mini. Let's see what an ignorant fool I am about these cars. Readers from the UK, please be gentle! 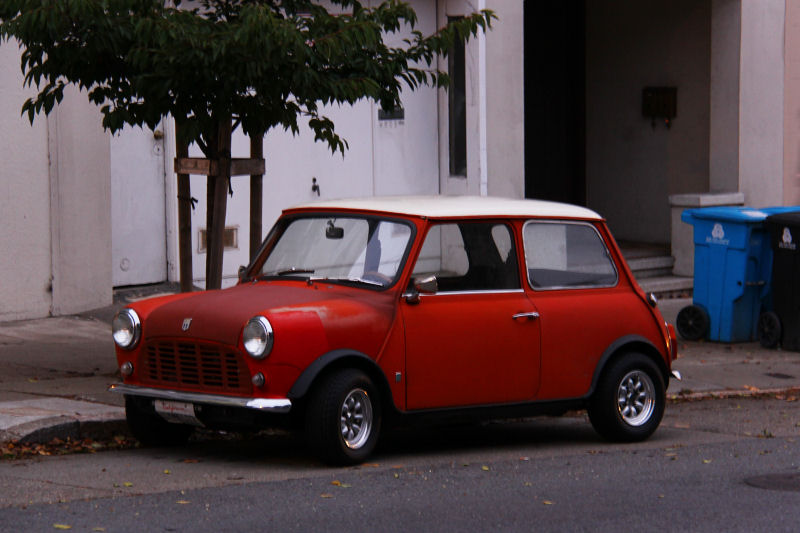 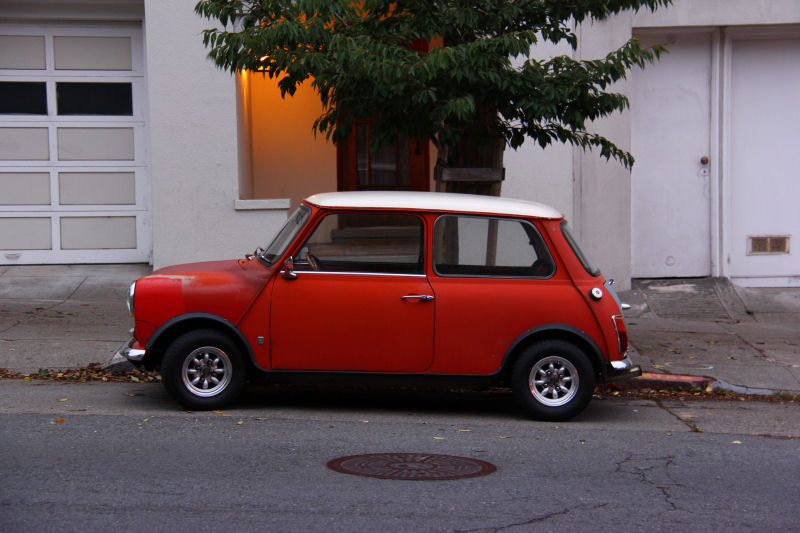 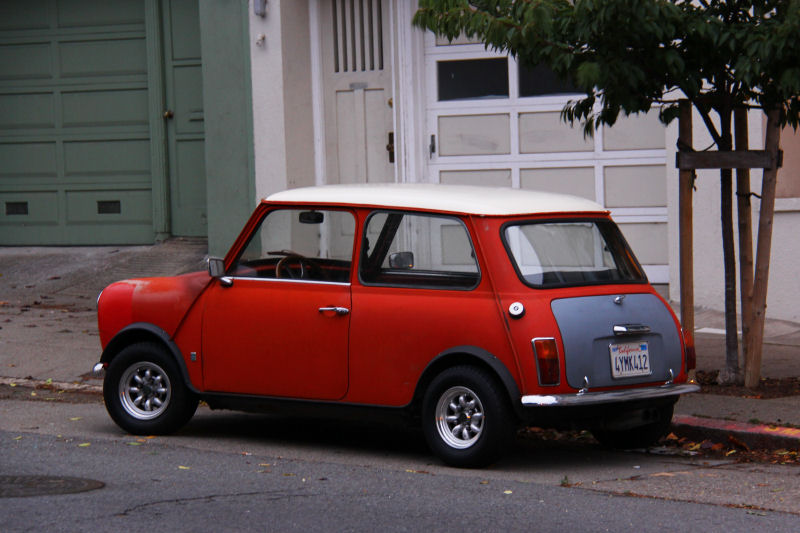 Okay, the best I can tell from research is that this is a 1970 to 1975 Mini Mk III, because of its internal door hinges, roll-up windows and large quarter windows. This is still before reverse lamps were incorporated into the taillamps or tacked on under the rear bumper. The grille is retrofitted from a Mini Van or Pickup, which was usually welded into place instead of bolted. This one looks like it may have been installed using two bolts, one on either side through holes drilled in the grille. Note the mounting holes for the stock grille that are still visible above the commercial grille. Most of the improvements and changes made to the Mk III Mini occurred below the surface, mainly in suspension components. For that reason I'm completely clueless how to identify it further. 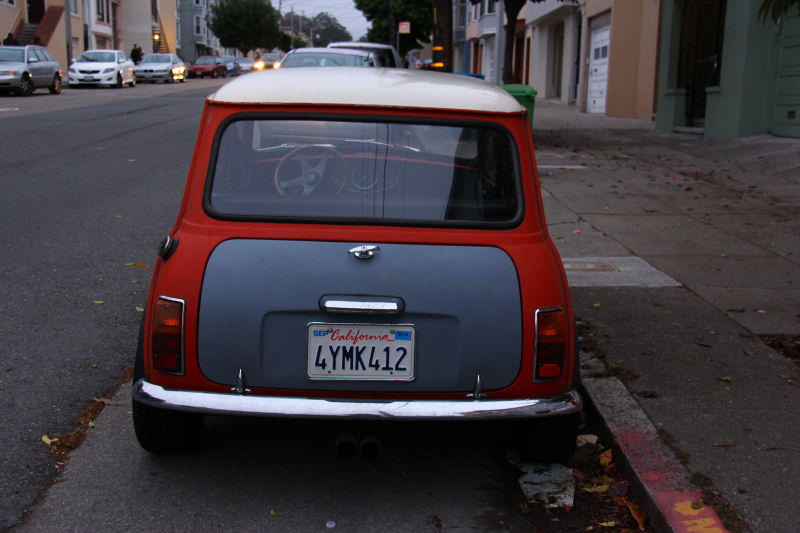 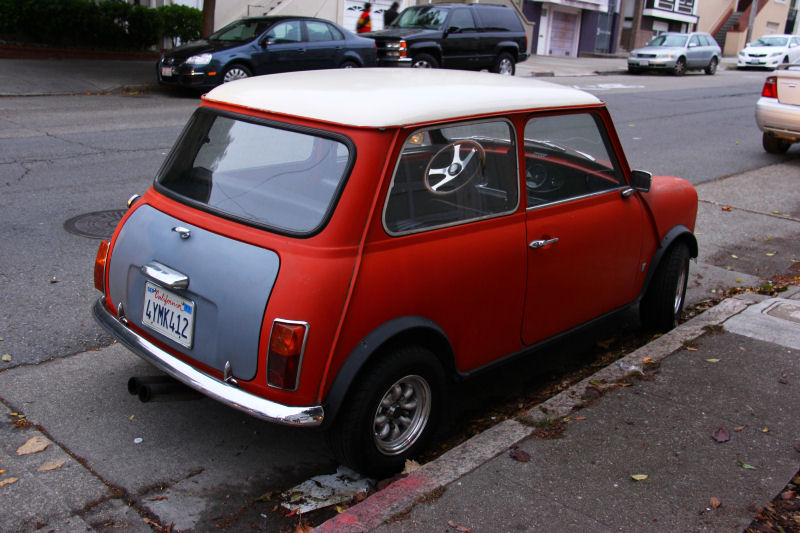 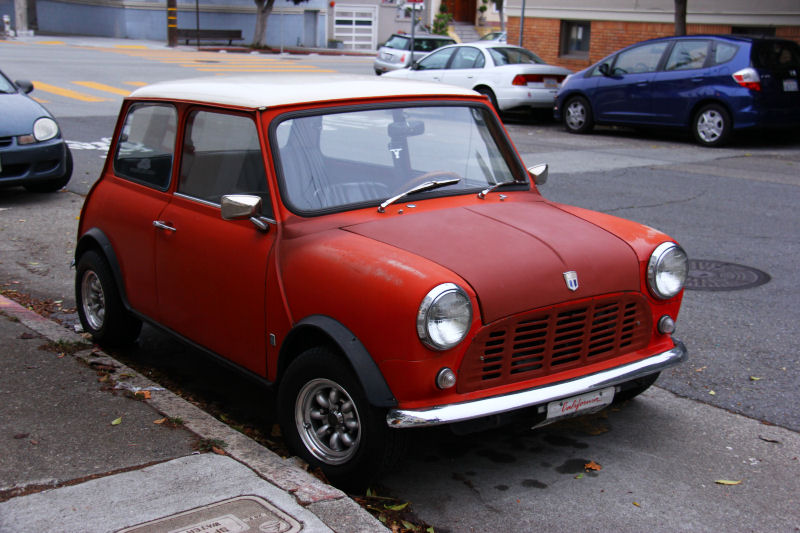 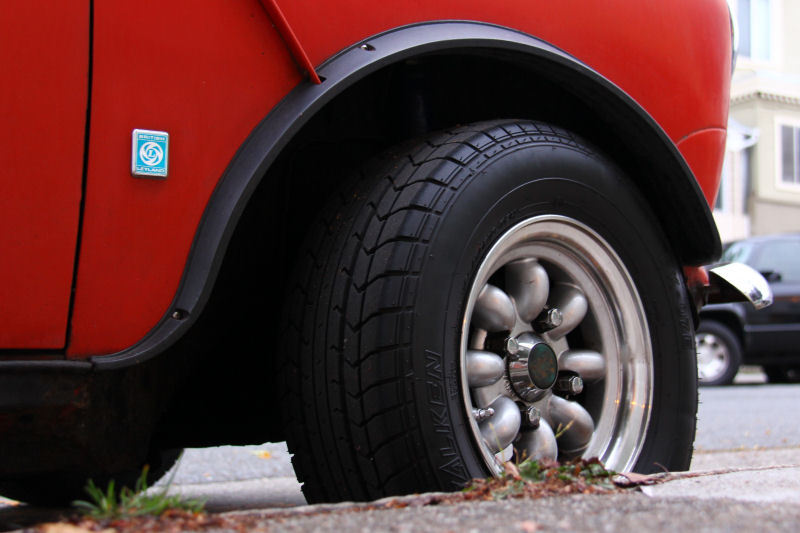 This one's a bit of a panel beater with mismatched pieces and aftermarket wheels with fender flares, making it appear a little tougher than the average basic Mini. The commercial grille and twin tailpipes also give it attitude. It's not badged as a Cooper, which is a nice change. After spending the day in San Francisco, I was pleasantly surprised to see this car still sitting on the street in the evening on my way out of town. I had passed by the Mini earlier and continued on in search of the nearly two dozen other cars I photographed that day. San Francisco continues to be a gold mine for old cars and this definitely won't be the last classic Mini you see here.
Posted by Jay Wollenweber at 12:00 AM