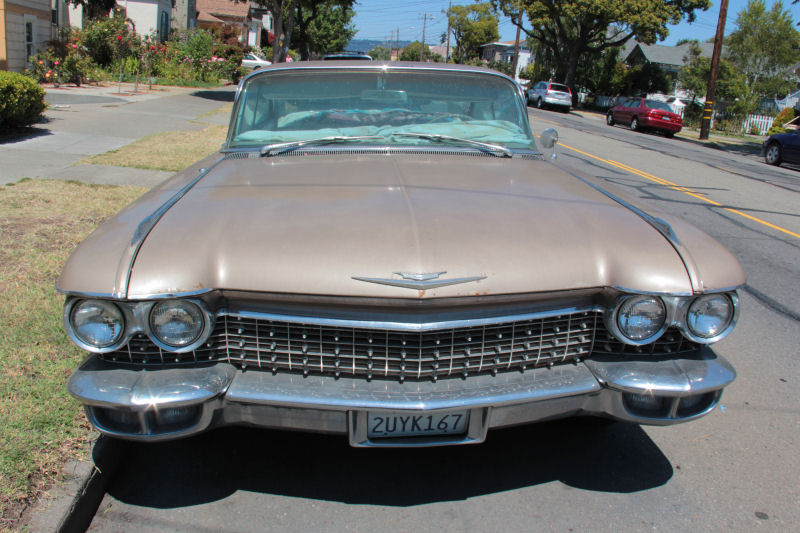 It's rare that one finds a pair of matching street sightings in the same place, but once in a while one encounters two cars that go together well, even if they weren't in the same location or found at the same time. It seems as good a time as any to bring two daily-driver 1960 Cadillacs out of my archives. First up is a base-model Series 62 coupe from the city of Alameda. 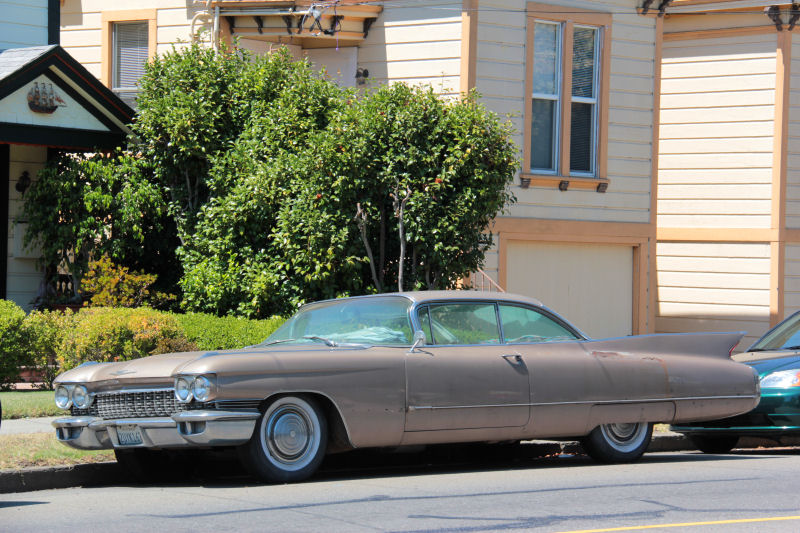 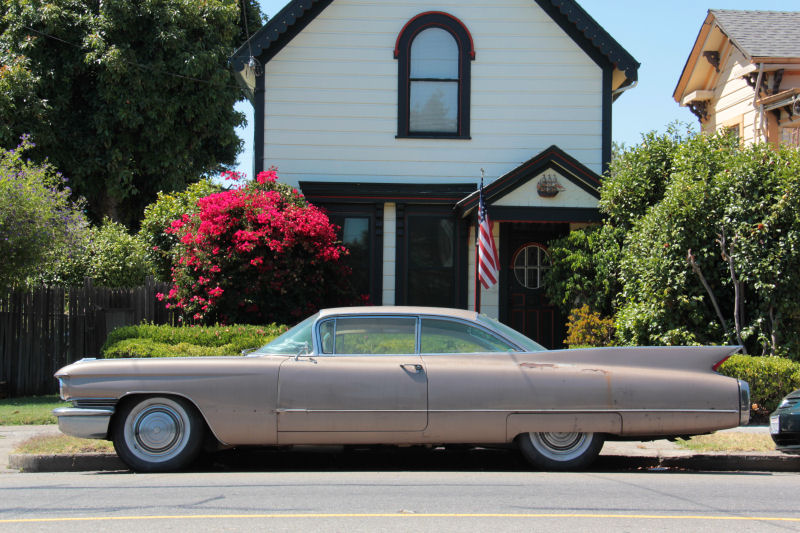 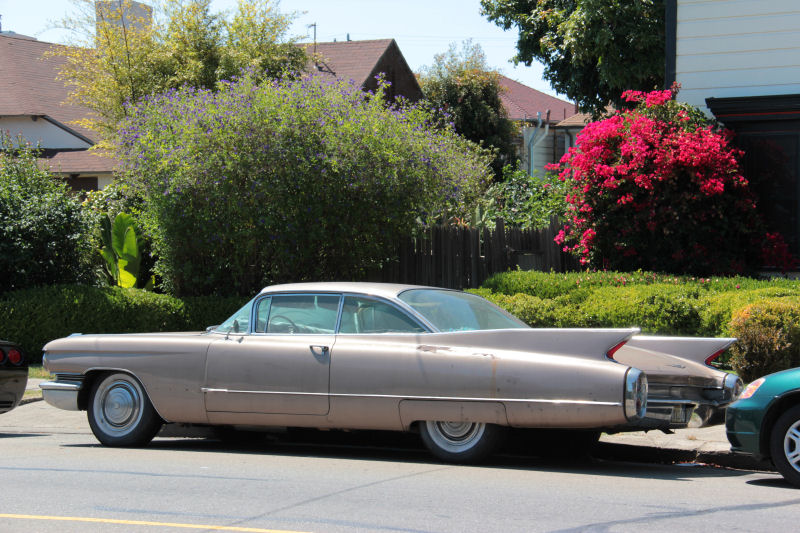 In 1960 the Series 62 was Cadillac's cheapest model, yet still offered buyers more luxury than most cars of the day. The cars came with standard 390 cubic inch V8 power, an automatic transmission and such niceties as backup lights, two-speed wipers and a side mirror. Upgrading to a Coupe DeVille got you a nicer interior with power windows and power seats, script name badges on the quarter panels and fancier hubcaps. The body still carried much of the style of the 1959 model, toning down much of the silly excess without sacrificing the all-important tail fins. 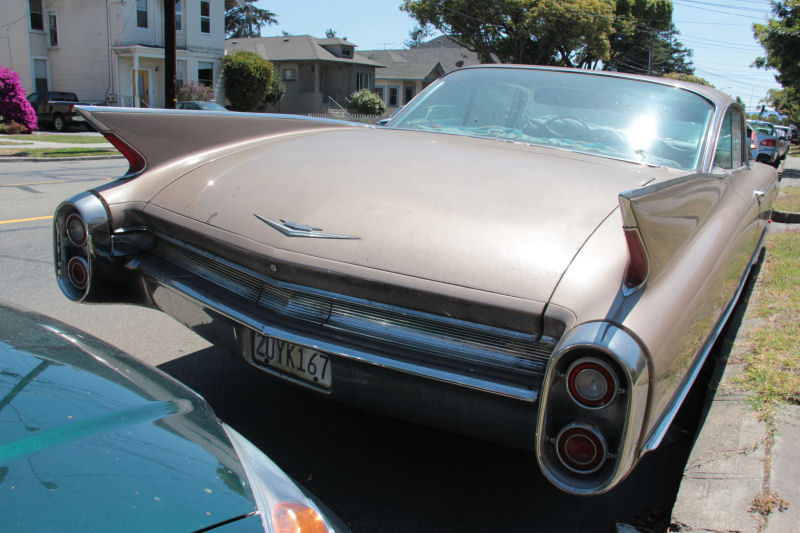 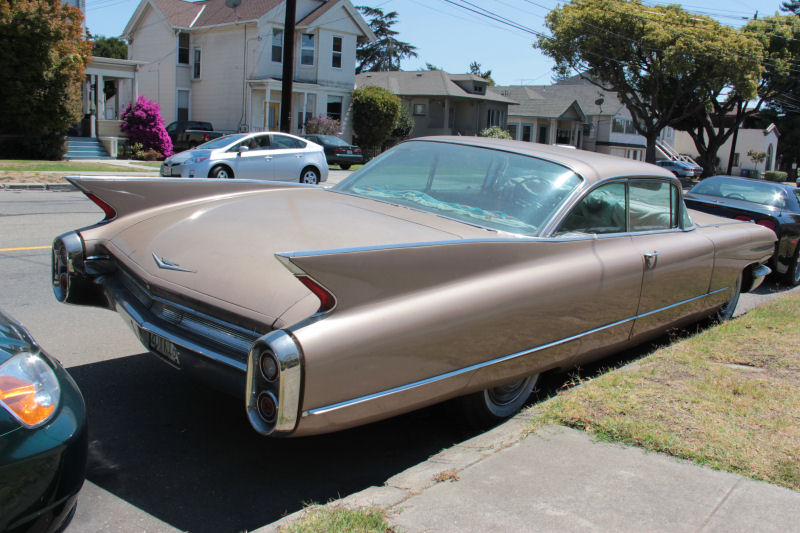 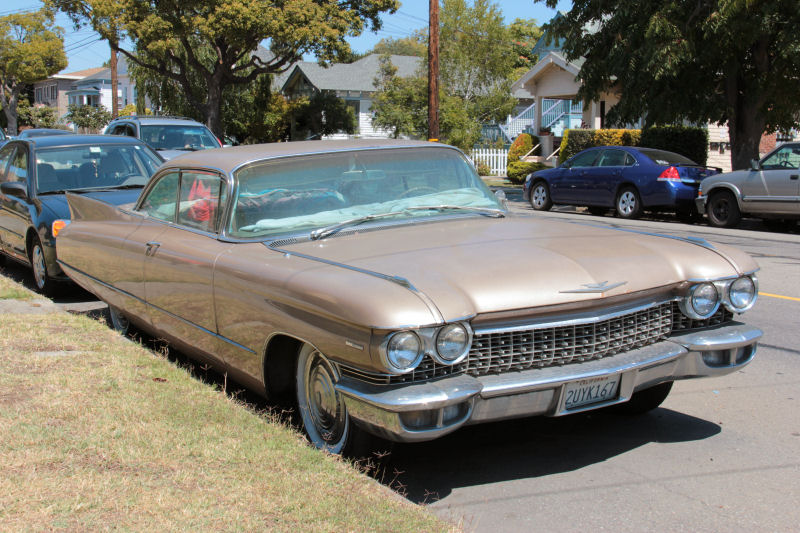 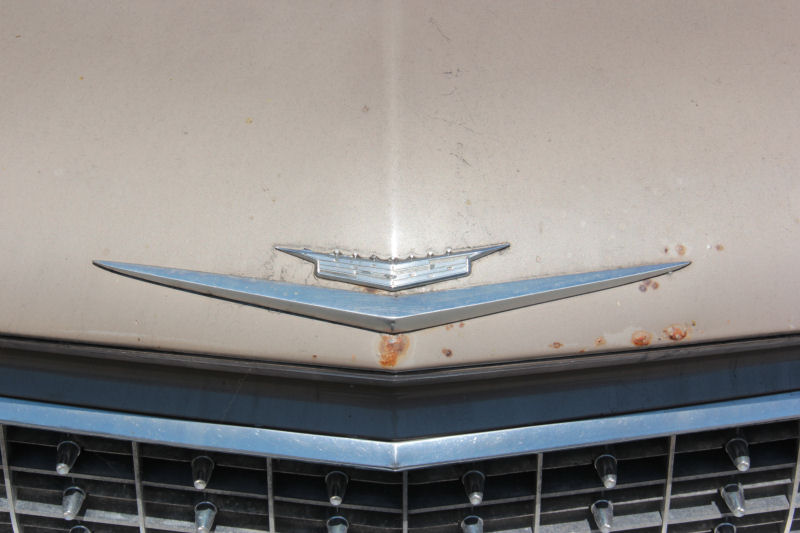 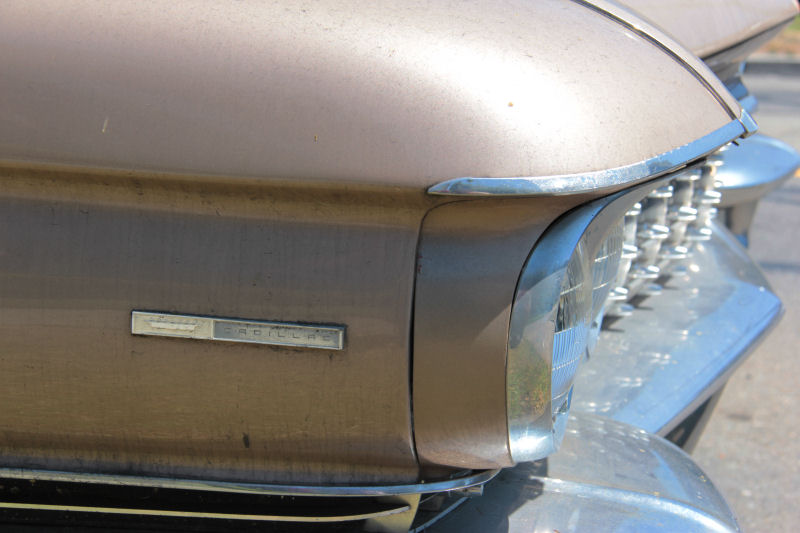 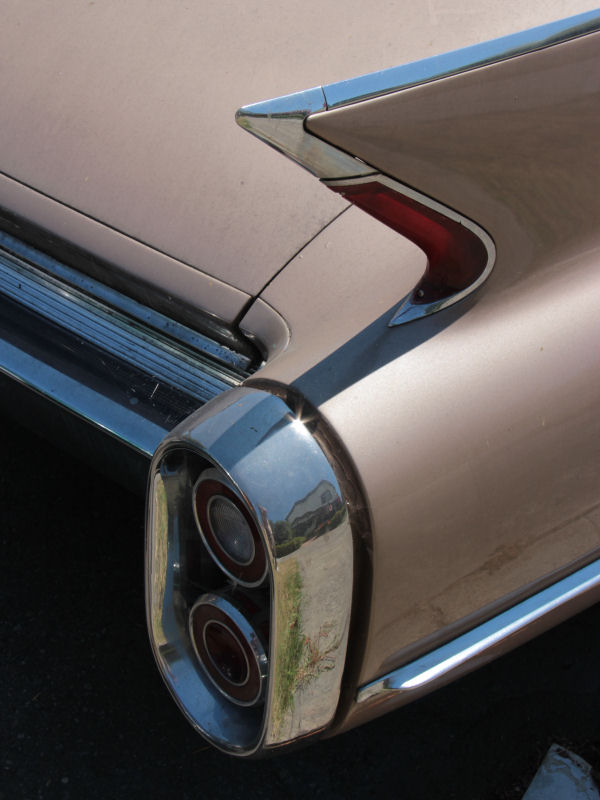 This car was featured in 2007 in Murilee Martin's Down On The Street series on Jalopnik, and it hasn't changed a whole lot since then. If anything, the only significant change has been a further degradation of the original paint. I can't tell for certain whether the color is Fawn or Persian Sand metallic. Fawn is sort of a pinkish beige while Persian Sand has a bit more lavender in it. Apart from some missing trim and the failing paint, this car appears solid. I wouldn't let it go too much longer before addressing the surface rust, though.

Check back Thursday for the next '60 Caddy from the California Streets archives!
Posted by Jay Wollenweber at 12:00 AM