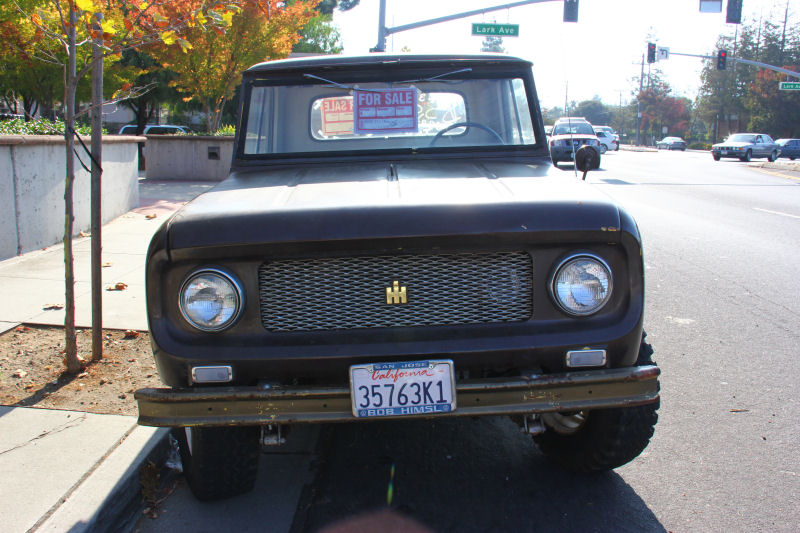 I get a little tired of the joke that a rusted International Scout is its natural state. Maybe it's the result of living in California my entire life, but in my experience the Scout and other Internationals are still alive and kicking in decent numbers. On the other hand, in many other parts of the country the vintage International Harvester is nearly extinct. Scouts were tough trucks in their time but unfortunately quite rust-prone. If we're honest, though, most cars and trucks built in the past weren't rustproofed or sealed well and began to corrode after a short time, particularly in climate zones with salt air or harsh winters and road salt. Even an owner's washing habits and paint maintenance made a huge difference in an older vehicle's survival. Internationals were trucks and off-road vehicles, likely put away dirty and wet and having to work out in the elements year-round. 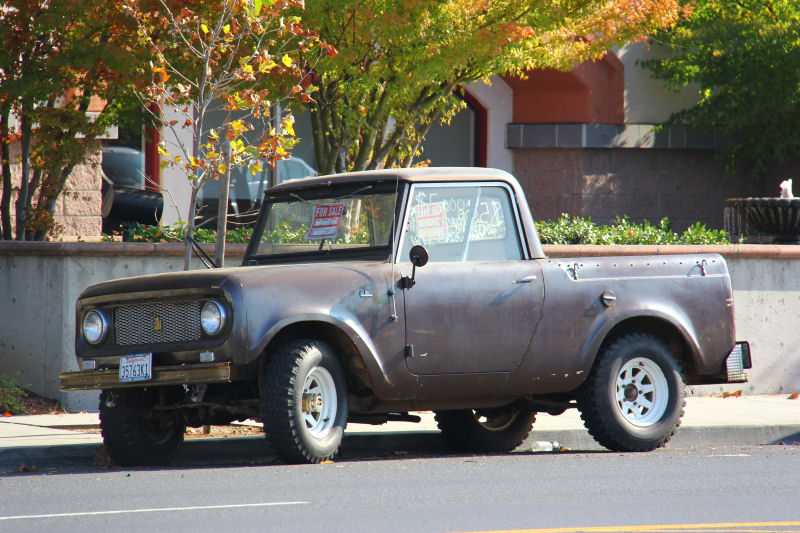 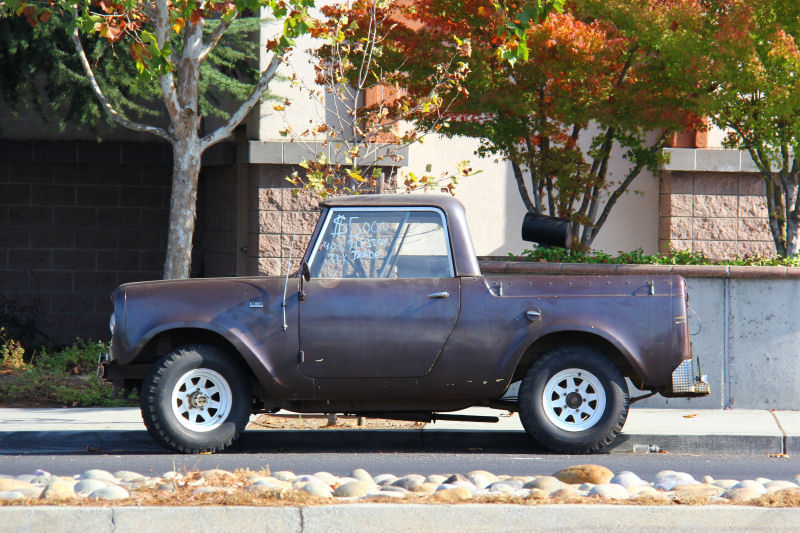 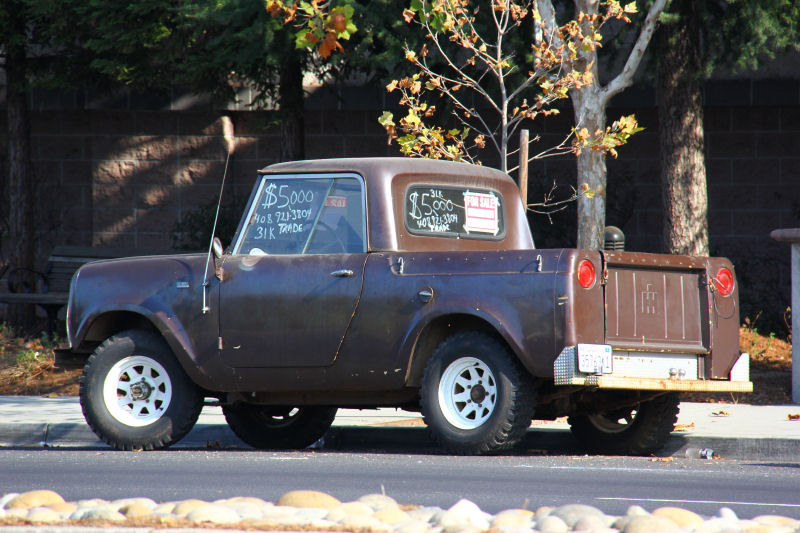 The Scout was a personal off-roader in competition with the Jeep CJ series, though it was a more conventional yet only marginally more civilized package. It beat the Ford Bronco and Chevy K-5 Blazer to market by several years and was available as a wagon, convertible or pickup depending on which roof a buyer specified. It could be ordered with rear- or four-wheel-drive. Early models like this one came with a 152 cubic-inch four. 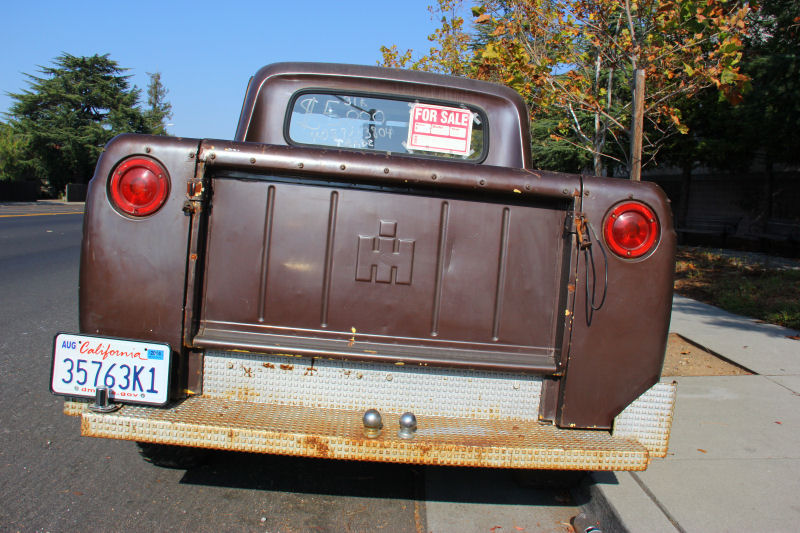 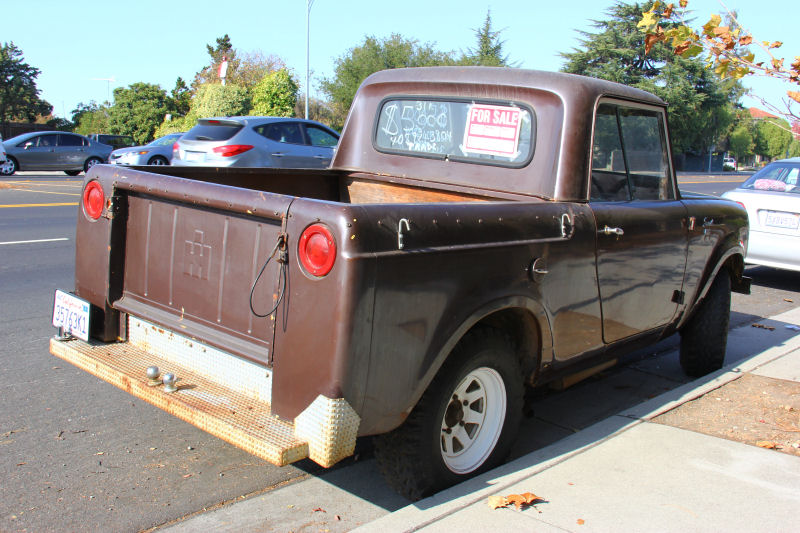 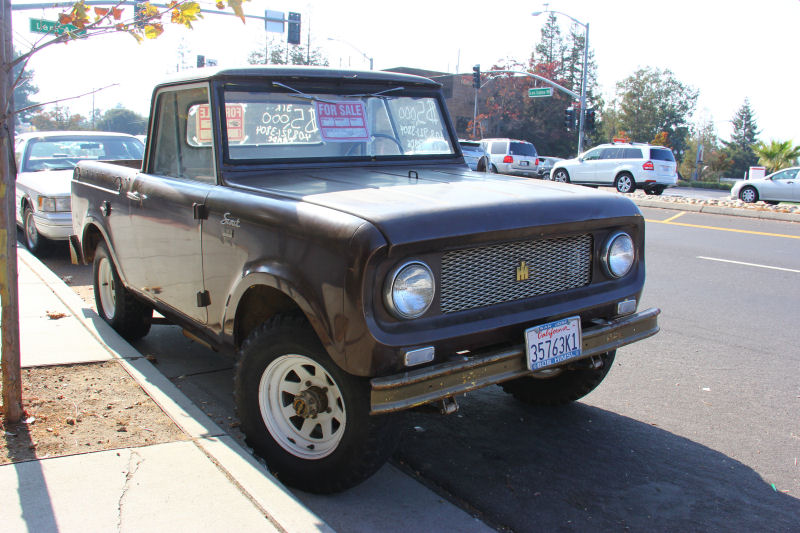 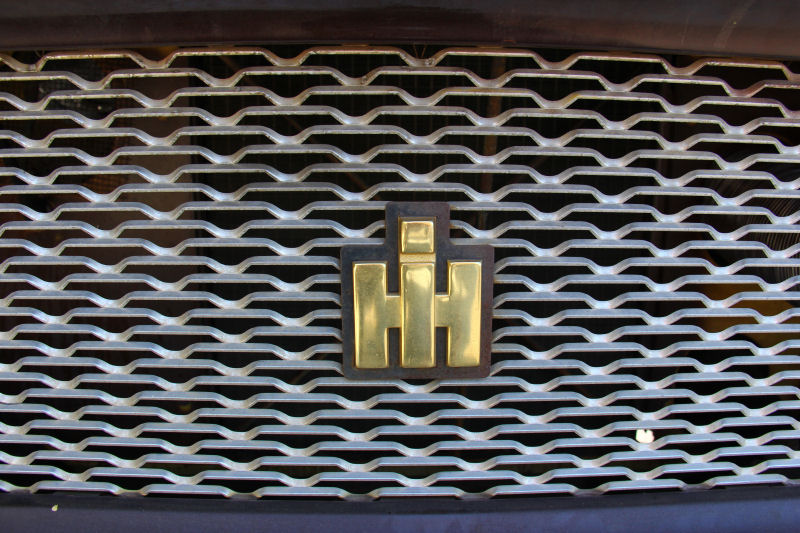 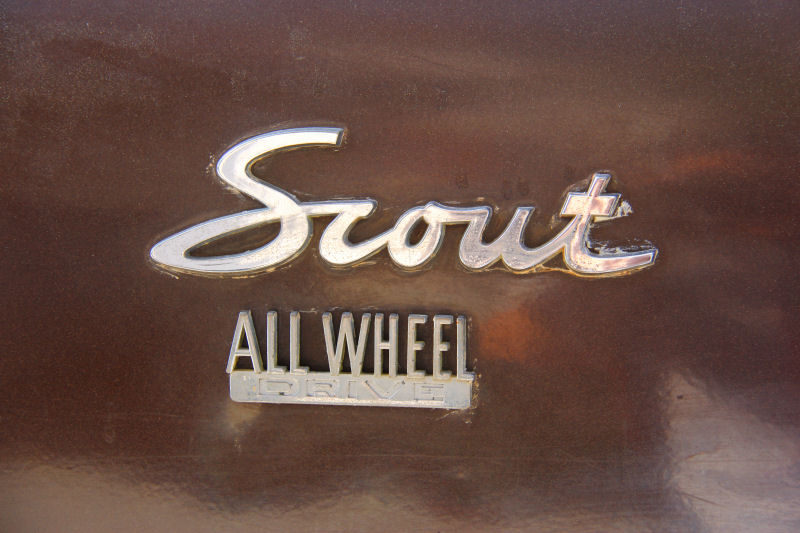 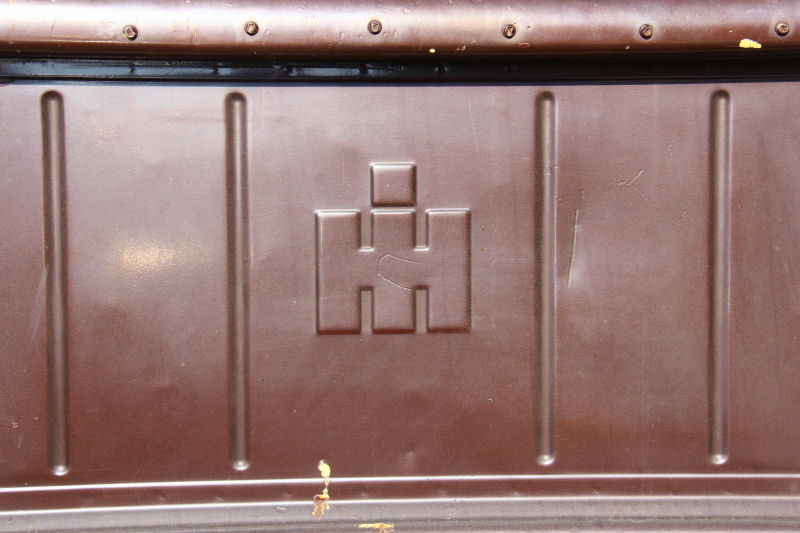 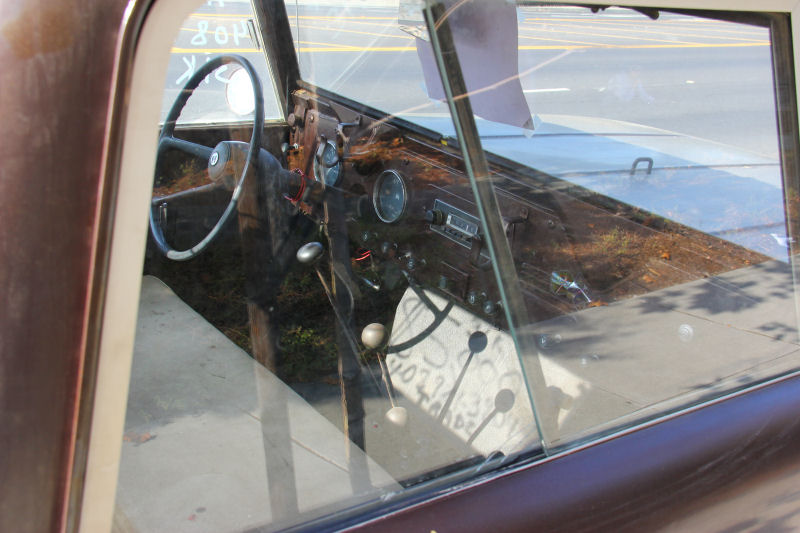 This 1961 Scout 80 is one of the earliest, and represents a decently equipped 4x4 example. By that I mean it has a roof and a radio. Apparently the pickup "half top" is a rare piece. The for sale information on the window claims 31,000 original miles. However, the brown paint doesn't look original. There's a coat of yellow visible underneath it. It's in pretty solid condition for an early Scout. The interior is in good shape, though not a place you want to be in a collision. Look at all those sharp metal dealies protruding everywhere! It almost looks like the thing has a gun rack hanging off the front of the dashboard. I'd be pretty intimidated by all those shift levers, a three-speed manual (reverse is top left) and two levers controlling the transfer case.
The thing about an old Scout is that it seems you don't want it to be too nice, because a Scout is built to be used off-road. You can't use it properly if you're afraid to scratch it. This one is pretty much perfect for a Scout enthusiast.
Posted by Jay Wollenweber at 12:00 AM