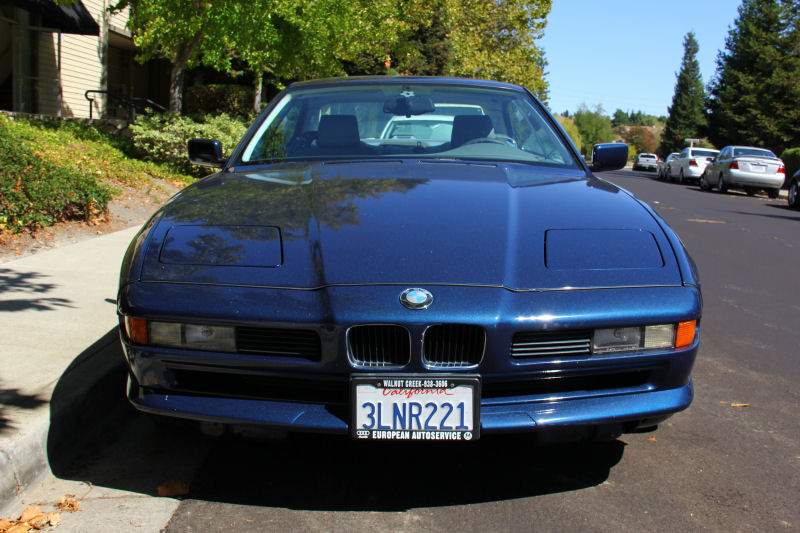 I must say, the 1990s were very good to BMW. There aren't many brands that consistently produced good-looking cars throughout an entire decade. I love the E34 and E39 5 Series, E36 3 Series and E38 7 Series. Even the aging E30 and E32 still looked decent into the '90s, the early E46 3 Series was all right, and like it or hate it, the Z3 was the Z3. But one of my all time favorite Bimmers remains the E31 8 Series. 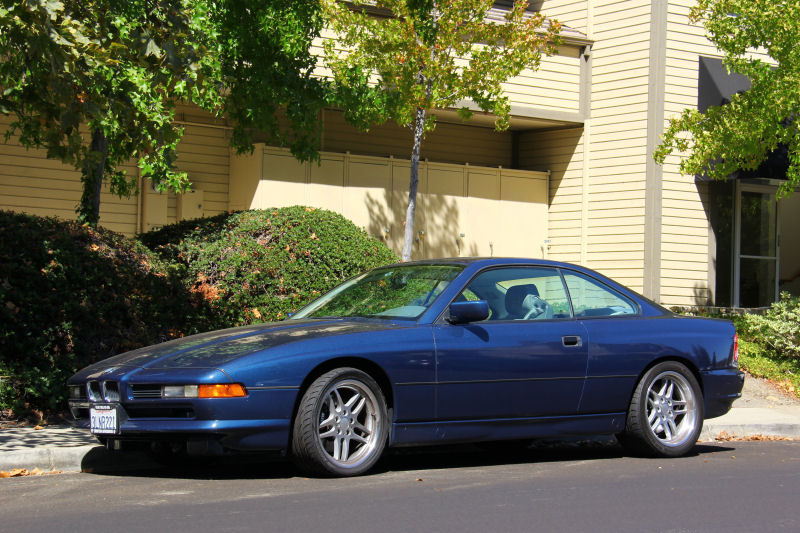 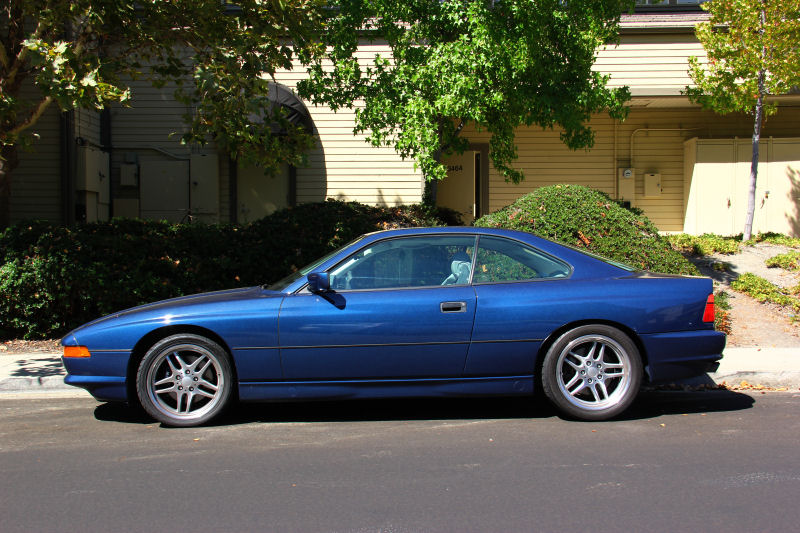 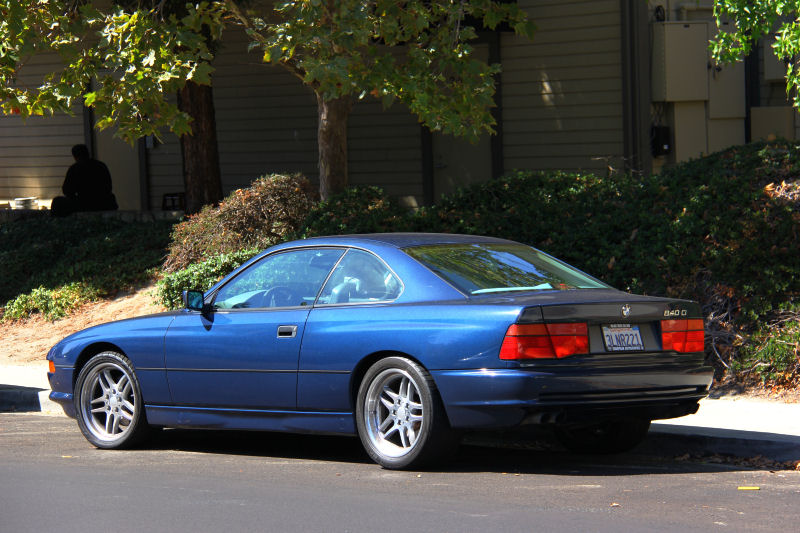 The 8 Series was developed as BMW's halo car, a sporty grand tourer that was both fast and beautiful. It was penned in 1986 by Klaus Kapitza, a link between the square cars of the '80s and the slippery shapes of the future. Under the long hood sat a 4.0 liter V8 (enlarged to 4.4 liters in later models) or a 5.0 liter V12 (also later enlarged to 5.4 liters). Relatively rare among modern cars, the 8 Series is a pillarless hardtop coupe. This fact is partly responsible for the car's high curb weight thanks to the bracing required to pull that off and allow all the side windows to roll down into the body. 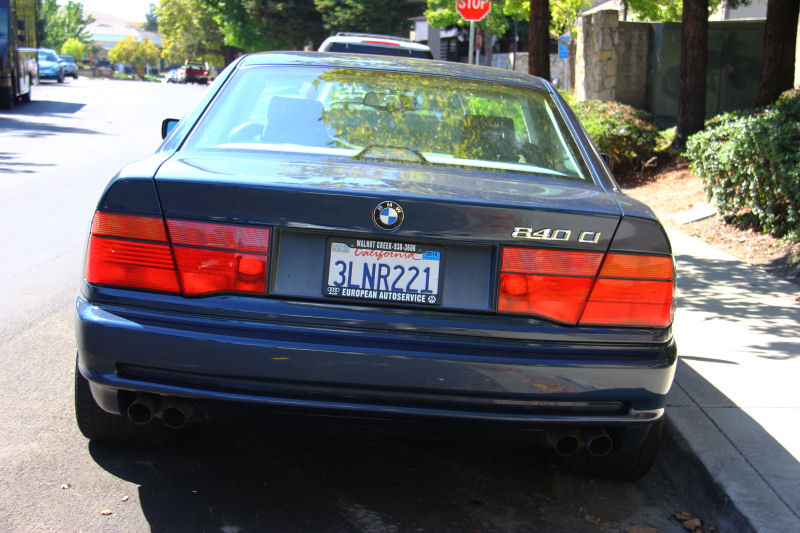 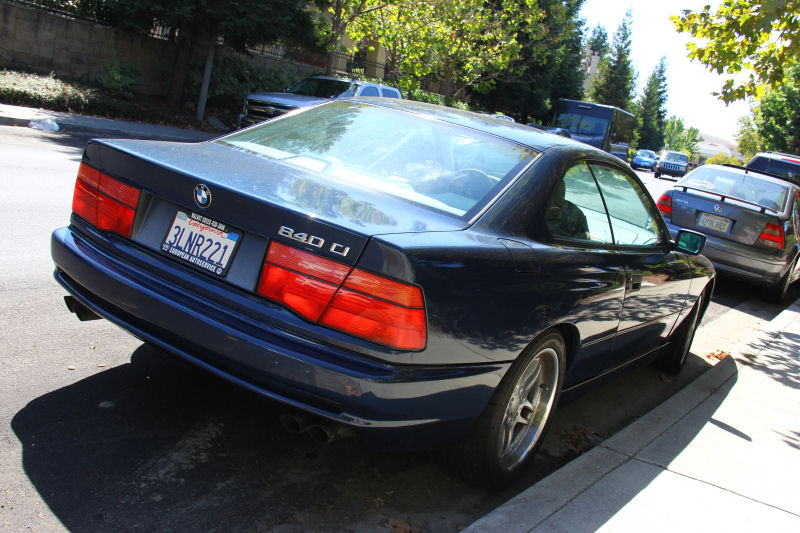 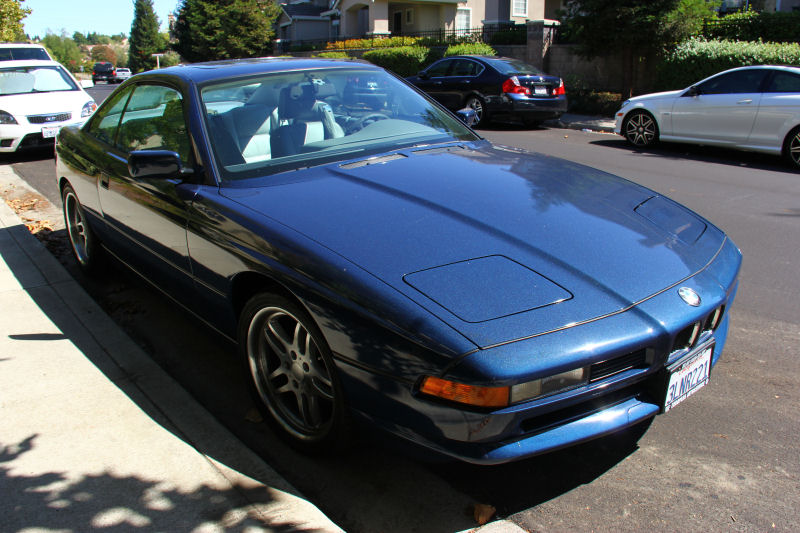 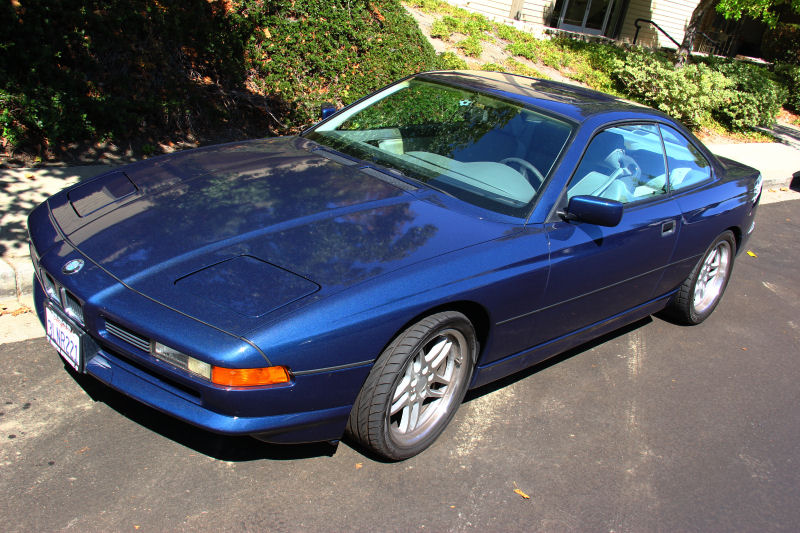 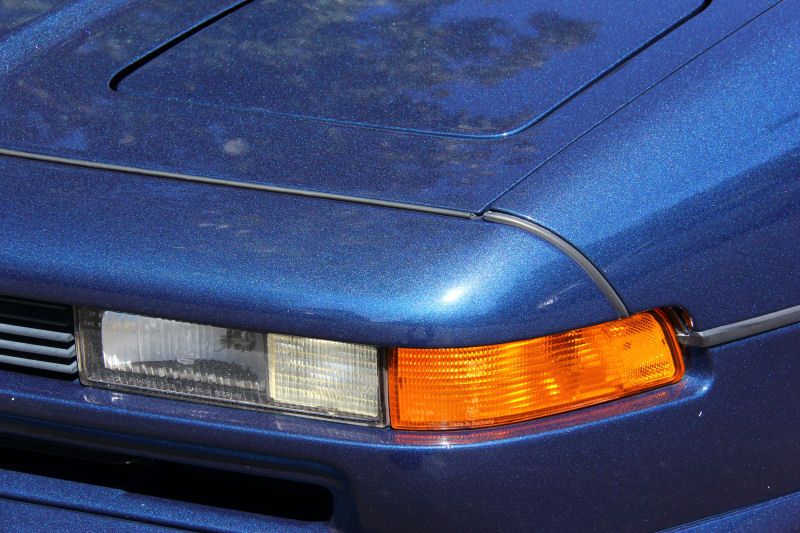 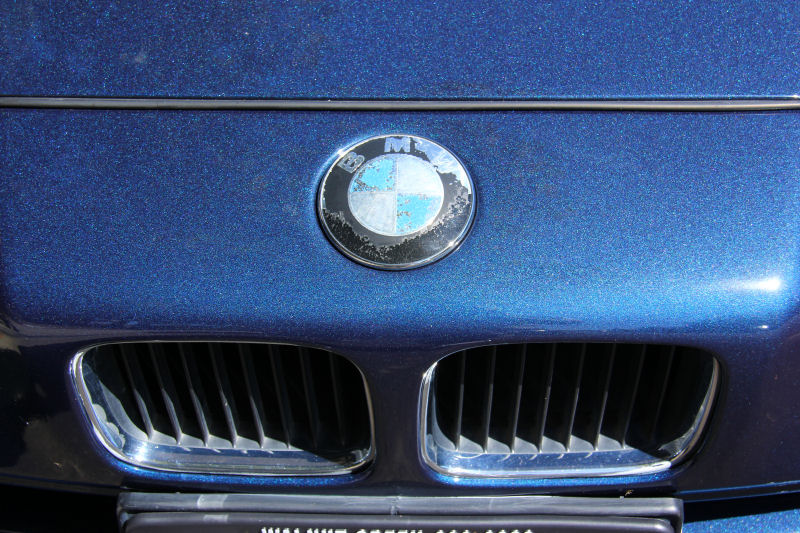 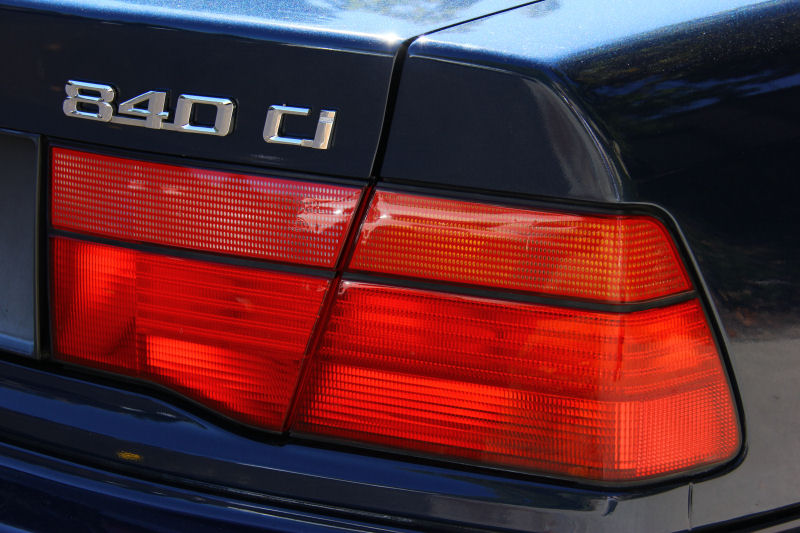 This car is a '94 840Ci in a fetching shade of metallic blue. I'm not sure exactly which blue it is since several were offered, but I really like it. It might be Tobago Blue? The interior appears to be a grey or bluish-grey leather. You can't get much more '90s than grey leather. I love the M-Parallel wheels, though without BMW roundel center caps they could be retrofitted replicas. Speaking of the BMW roundel, the one on the hood is every Bimmer's cosmetic weak point. An easy fix, but the BMW logo facing the sky always seems to be the first piece to fail in sunny climates. Once the clearcoat is baked away, the color is as good as gone. This 840 looks like it still has a lot of life in it, and still looks like a more expensive car than it is.
Posted by Jay Wollenweber at 12:00 AM