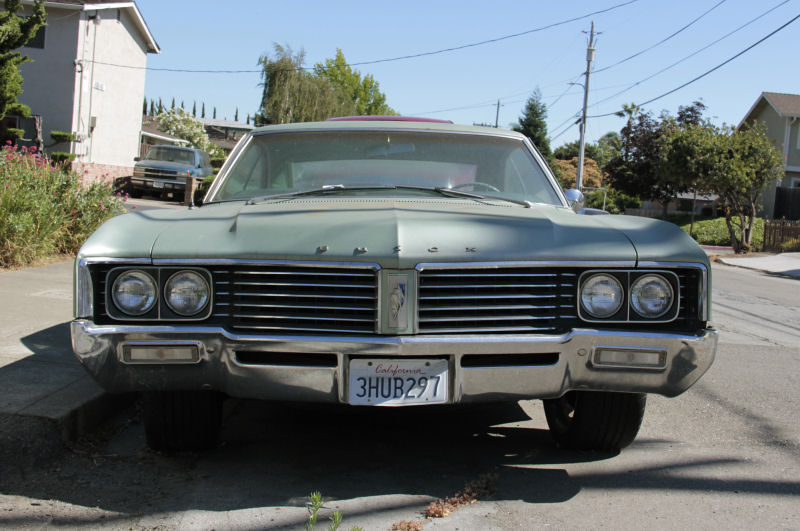 In fall 2006 when I began going to college in San Francisco, I commuted on BART (Bay Area Rapid Transit), basically a regional subway/light rail. I always caught the train out of the Castro Valley station, and when there was no space left in the BART parking lot I'd park down the street. It was early on that I'd often see a huge old green Buick LeSabre parked on the same street. It came and went and after a while it disappeared. I never saw what became of it until two years after graduation, when I was exploring a different part of Castro Valley and there it was. This was one of the first cars I photographed in depth with my then-new Canon 60D, as my poor trusty Kodak Z980 had just died four days previously (the power switch broke while attempting to photograph this 1974 Chevy Camaro). So I apologize that the photo quality is a bit poor; I hadn't figured out all the camera settings yet. 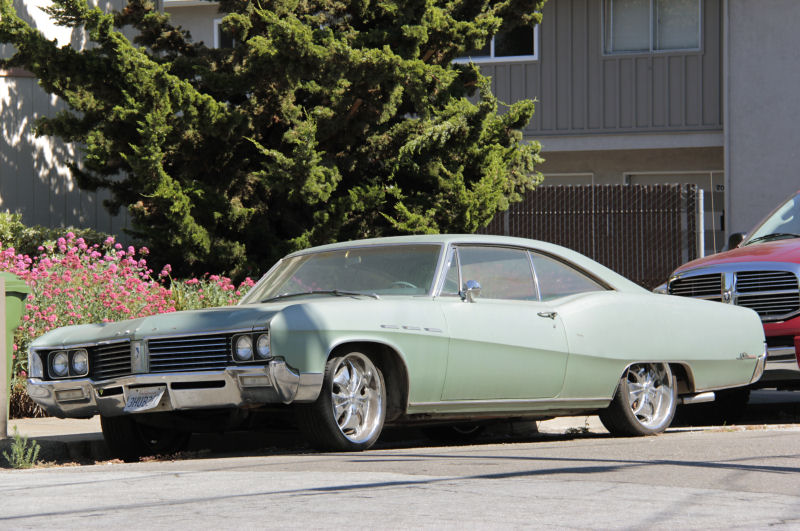 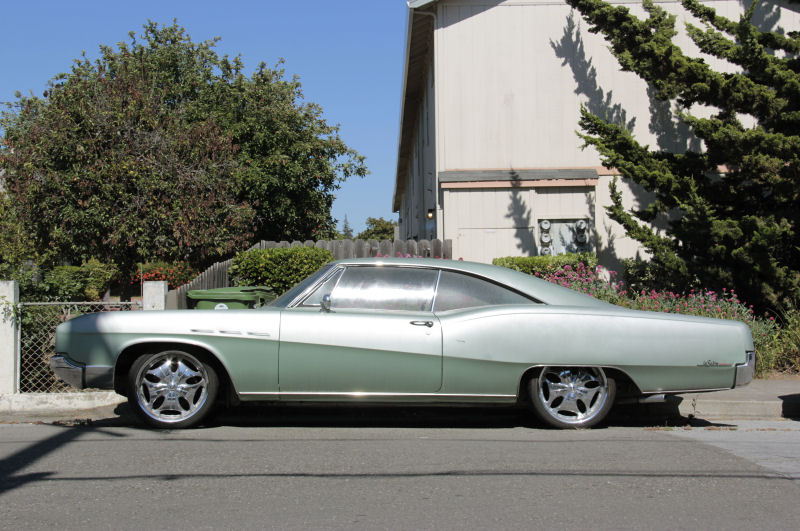 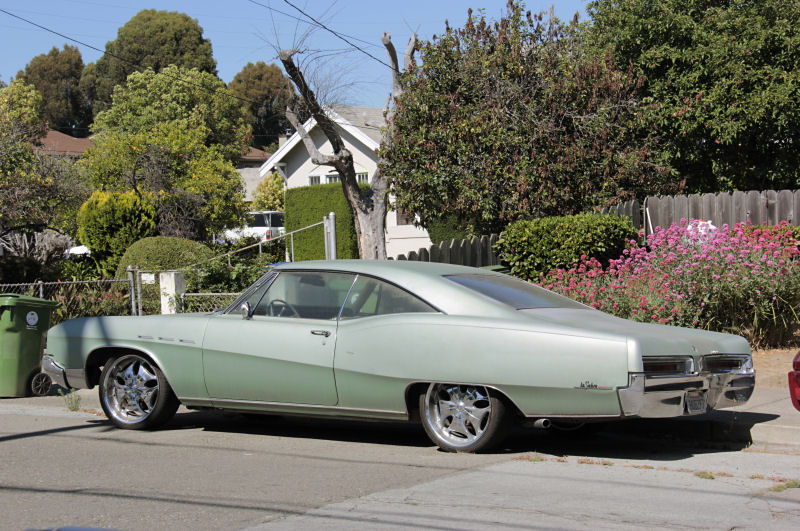 This is a 1967 Buick LeSabre in Custom spec (bright wheel arch trim!) with the 400 Package (Super Turbine 3-speed automatic and 340 cubic inch V8 with 4-barrel carburetor). It's a well-equipped car and still wears its original (albeit faded) Green Mist Metallic. The only visible modification is an unfortunate set of large-ish chrome wheels. I can't say they really compliment the swoopy, elegant lines of the car. Buick was unapologetic about the sheer size of the LeSabre, playing up its more than 18-foot length in the brochure as well as its big-car luxuries.This one appears to have a green Madrid grain vinyl interior, one of the five "Recommended" interior colors in the Buick catalog to go with Green Mist ("Saddle" was an 'Acceptable' interior color). I'm always amazed by how well some of these old vinyl seats hold up over time. This is nowhere more impressive than the 1964 Pontiac Bonneville wagon that has been sitting on (and usually under) the beach at Morro Bay since 1973. 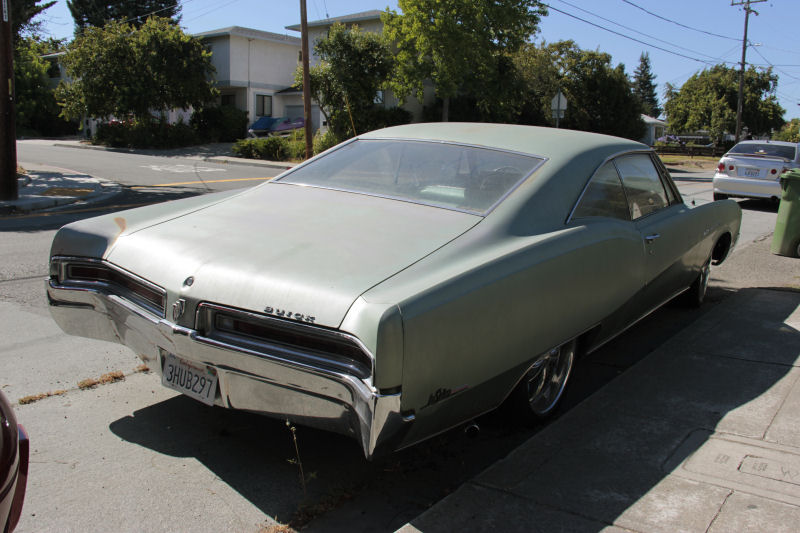 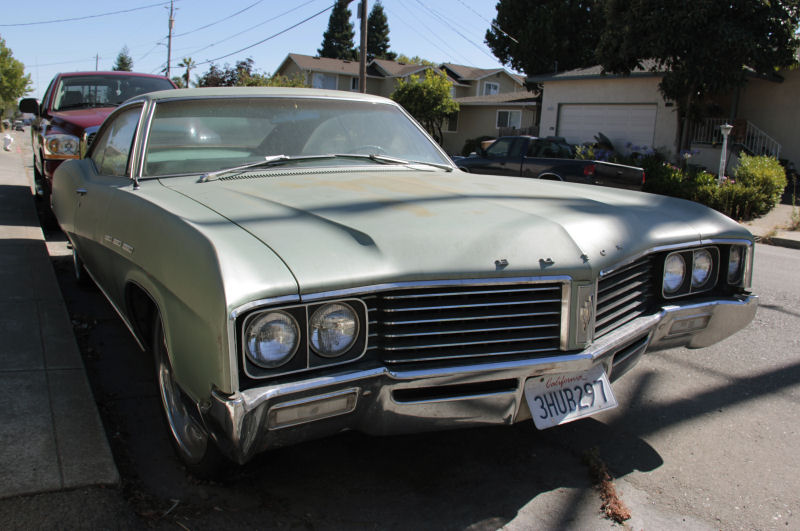 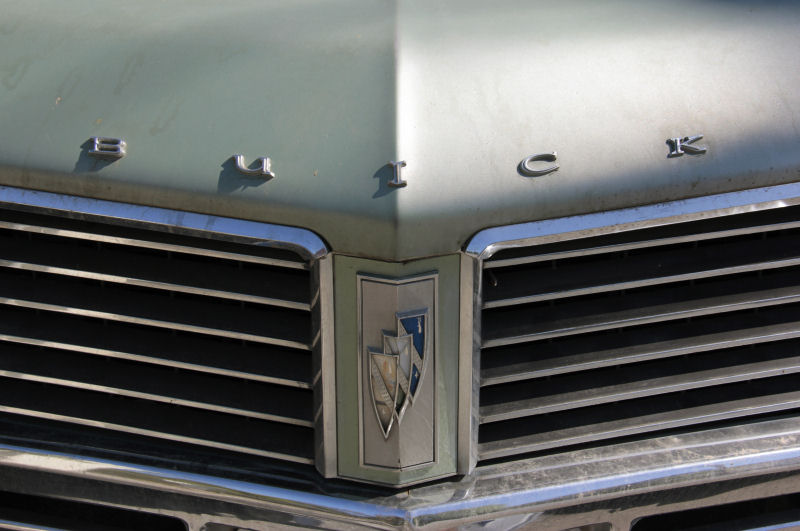 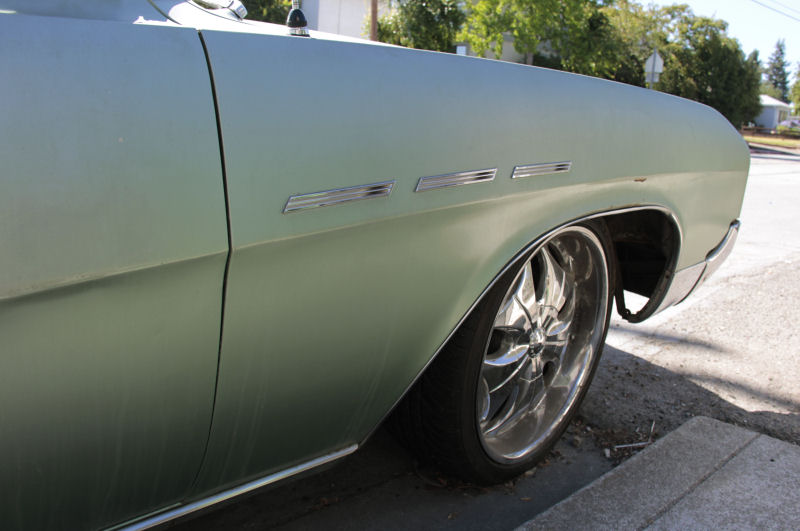 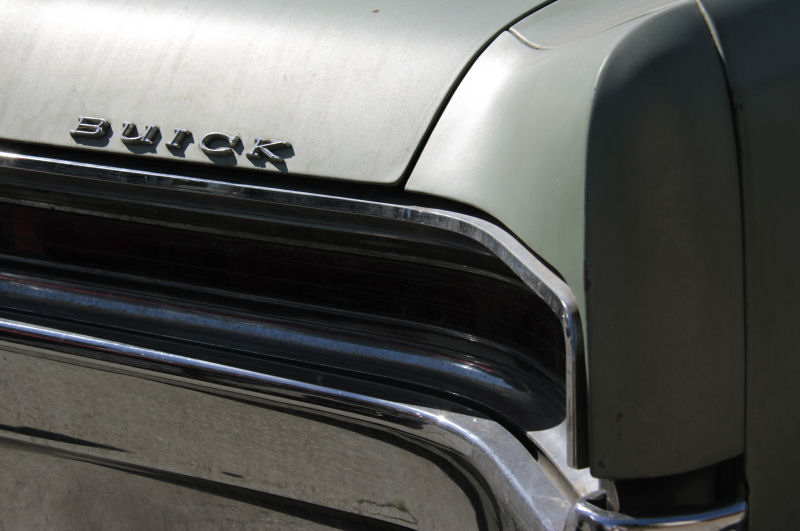 But I digress. This solid Sport Coupe is a nearly extinct formula, now reserved for only the most expensive brands: a huge car with a fastback roofline, two doors, a powerful engine and luxurious interior appointments. Sounds like a Bentley Continental GT, but it's a Buick. You used to be able to plunk down $3,172 and have a stylish living room on wheels with sporting pretensions. That's about $22,469 in today's dollars, less than the MSRP on a base 2014 Buick Verano. Talk about a value.
Posted by Jay Wollenweber at 12:00 AM