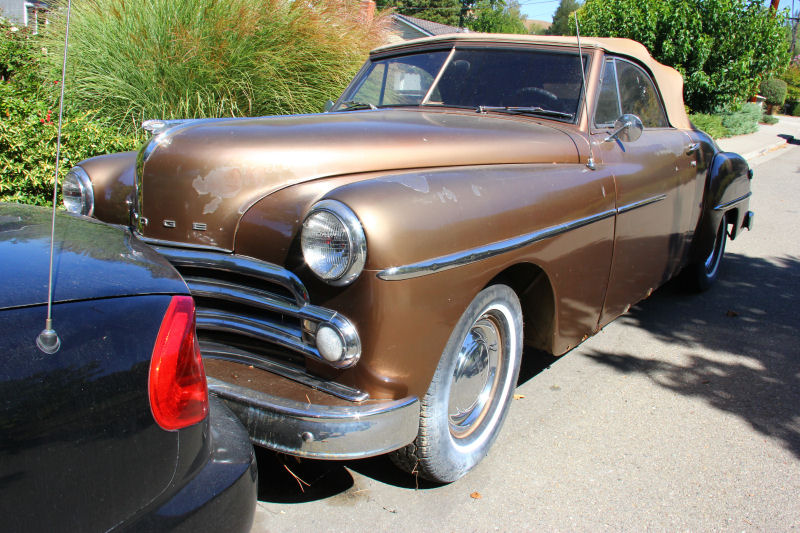 I never really considered the 1950 Dodge lineup to be anything to write home about. Dodges in the first half of the 1950s were blue-collar family sedans and business coupes, the car your insurance salesman drove, or the car you bought secondhand off a corner lot for a couple hundred dollars and couldn't wait to get rid of as soon as you could scrape together enough money for a V8 Ford or a more stylish Chevy. A Dodge was a biggish, roly-poly car with a side valve six-cylinder powerplant built for economy and reliability, not speed or handling. Drop Jimmy and Janie off at school, load up the week's groceries at the corner Kroger, and leave the stoplight drag racing to those darn teenage hooligans in their hopped-up old flathead V8 jalopies. 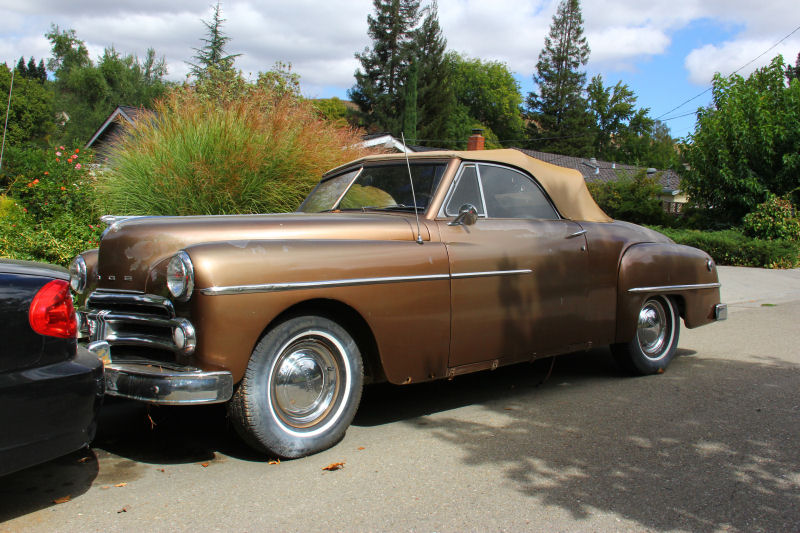 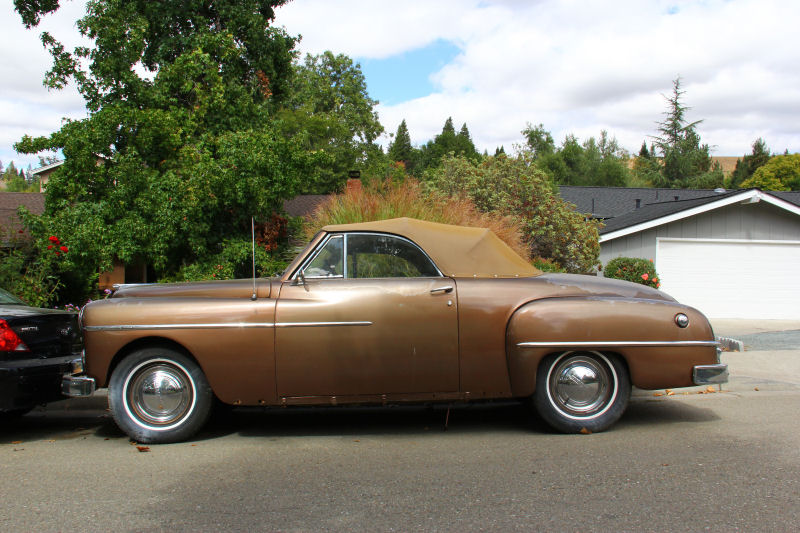 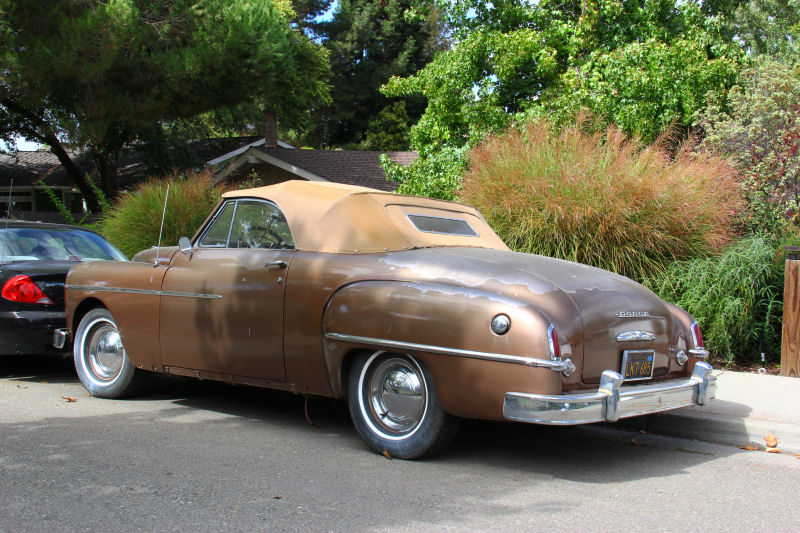 And then there's this odd-duck two-seater roadster. What were people supposed to make of a full-sized car with just two seats and a convertible top, carrying the name Sportabout, that wasn't actually very sporty? Dodge sold a six-seat convertible as the Coronet, but the Wayfarer Sportabout was a lower series that carried similar styling. The Sportabout came with a shorter body section between the door and rear fender, and an odd forward-raked convertible top with no quarter windows. The effect is a very long rear deck and a relatively small passenger compartment. The Sportabout was a fair value for its size and price, but impractical in its packaging and not much cheaper than its competitors. Only 2,903 were sold in 1950. 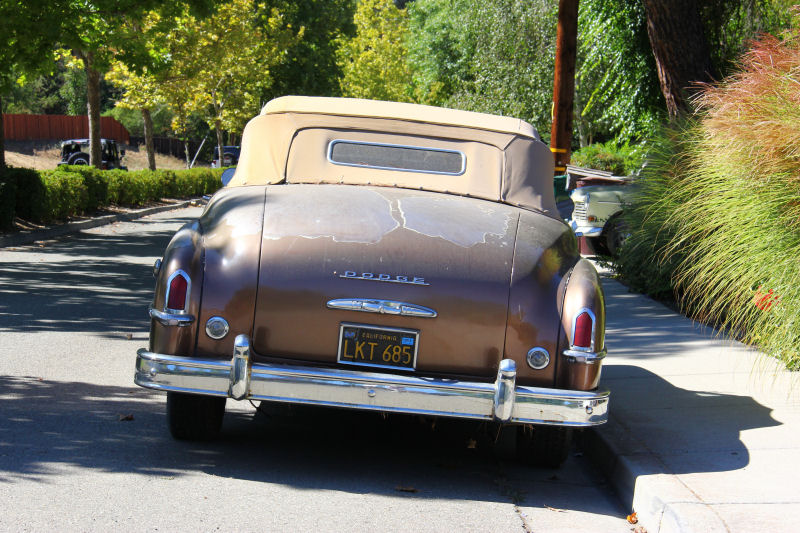 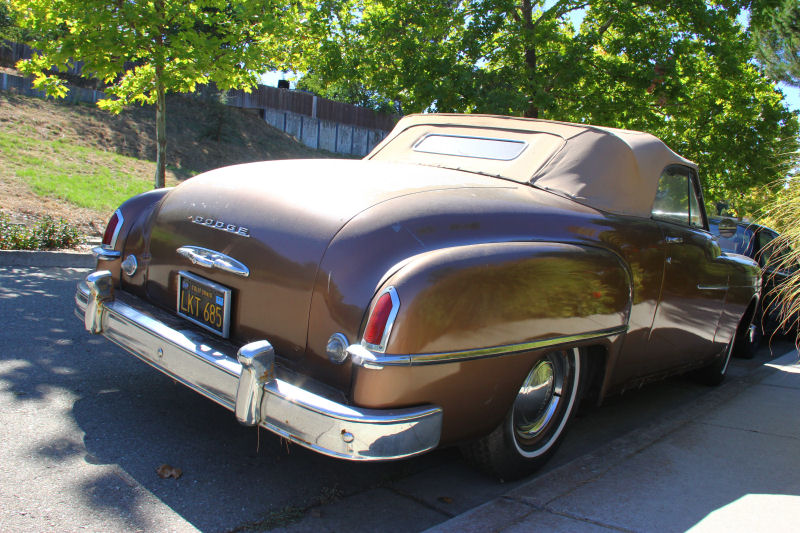 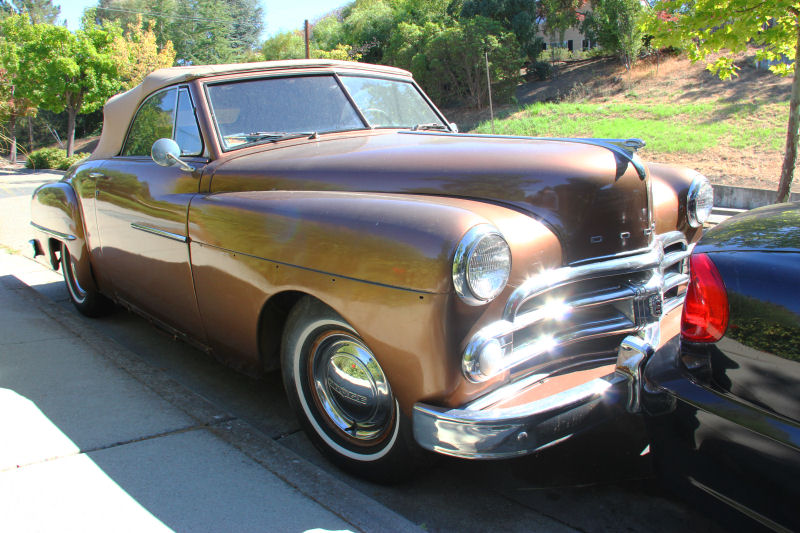 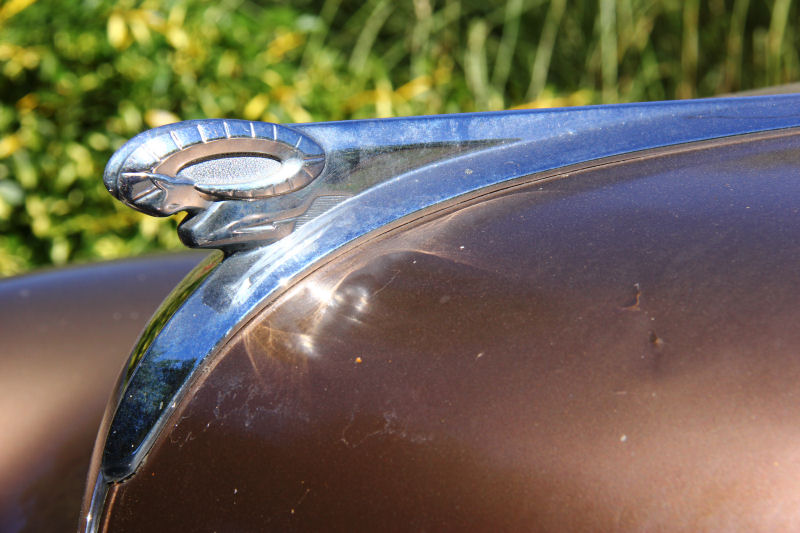 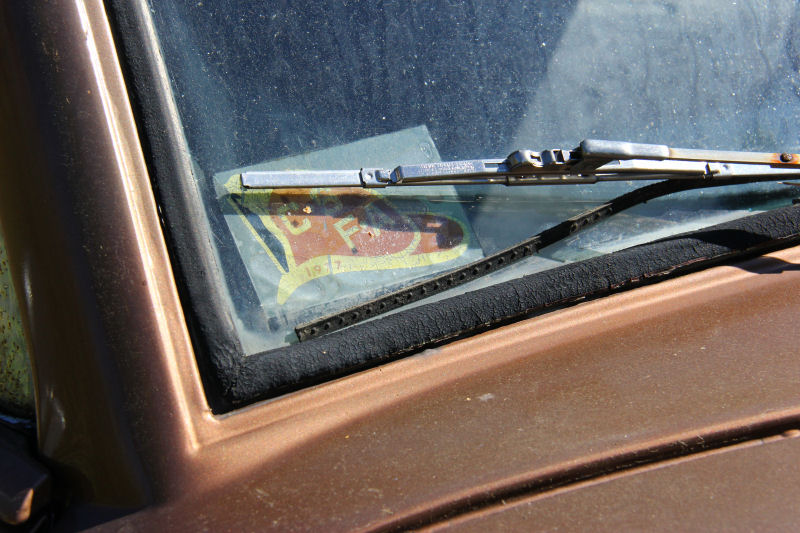 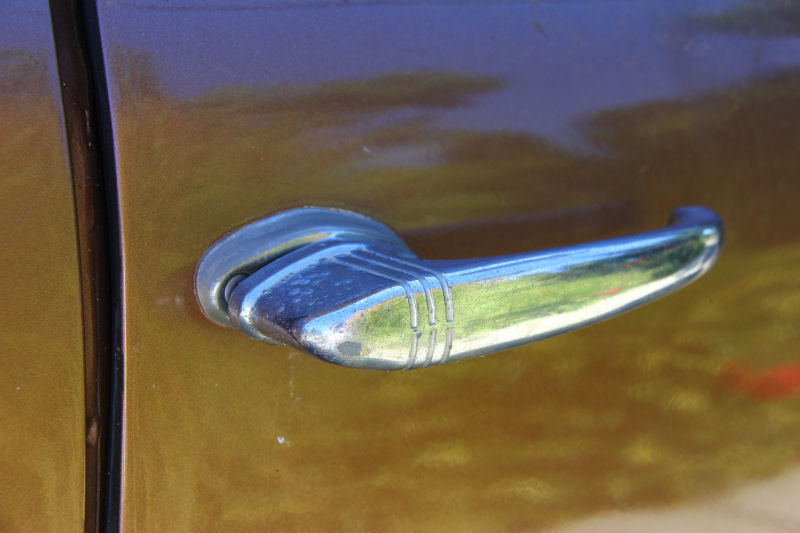 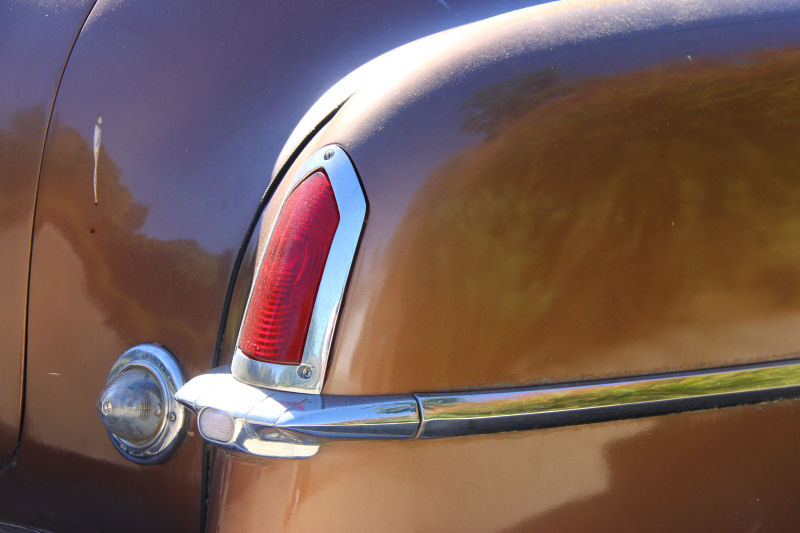 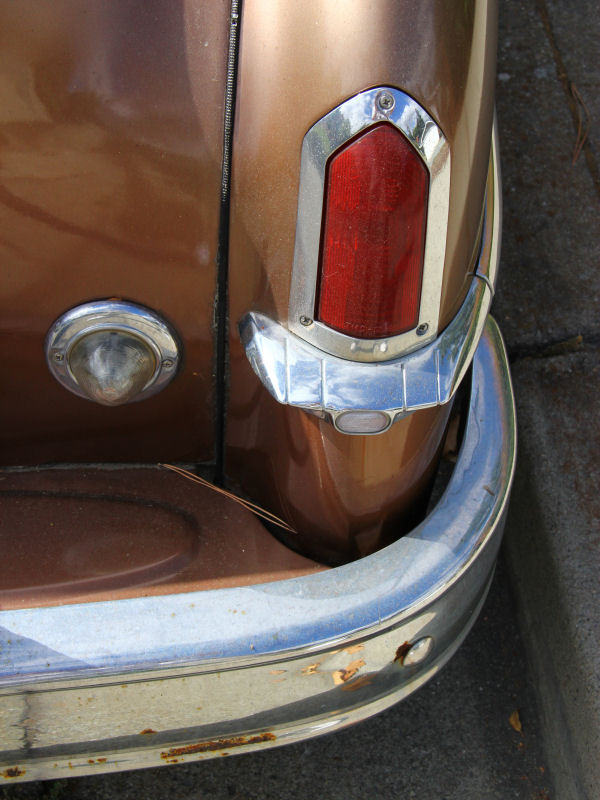 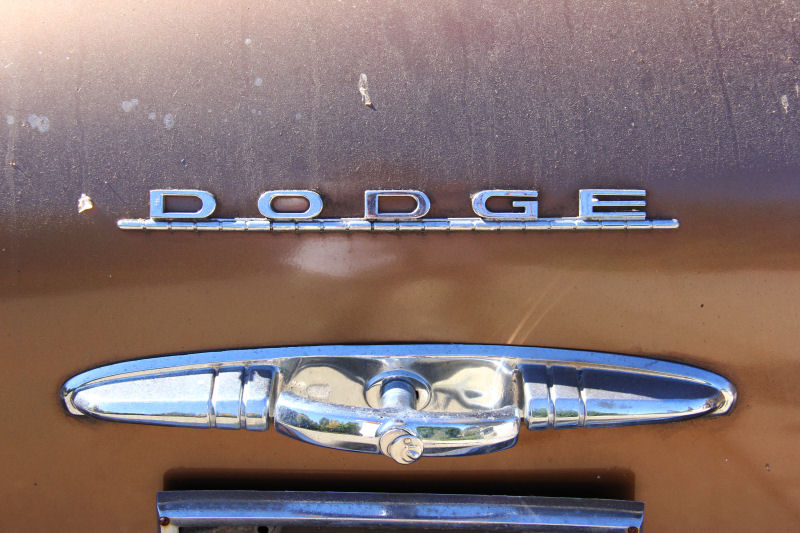 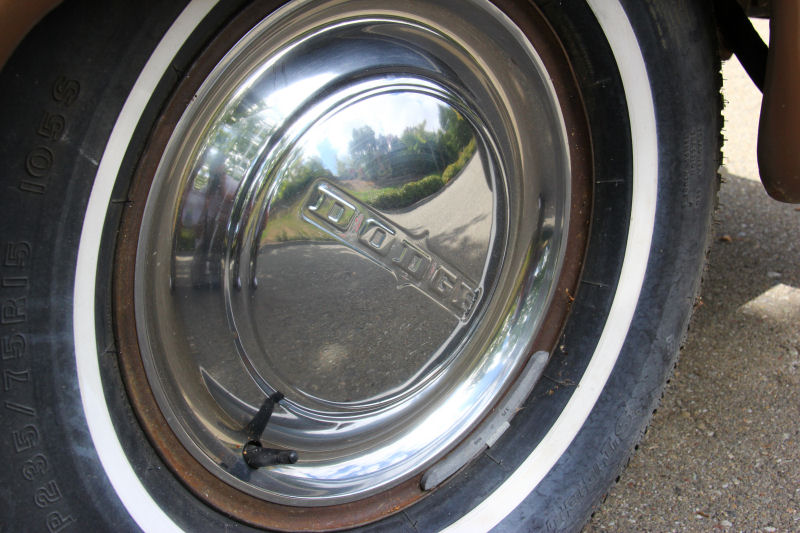 This is the only 1950 Wayfarer Sportabout I've ever seen that I recall. Assuming the paint is original, which it probably isn't, it looks to be an approximation of Burma Tan metallic. There's some trim missing, but the main body is in pretty good shape and the car appears roadworthy. It's an interesting footnote in Chrysler Corporation history, one that most people won't see anywhere else.
Posted by Jay Wollenweber at 12:00 AM