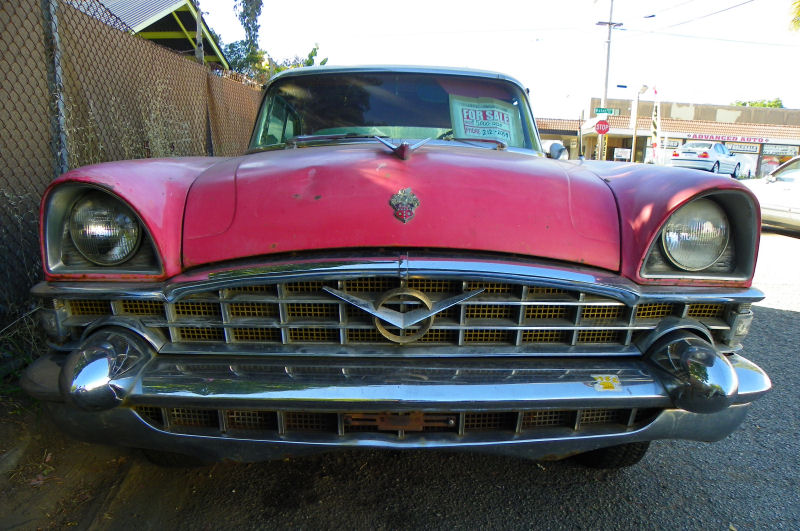 It seems fitting to me that some of the last Packards were named after Roman aristocrats and medieval politicians. The patricians held titles of wealth and power from storied civilizations that rose and fell, much as the great luxury car manufacturer Packard emerged from the horseless carriages of the nineteenth century only to fizzle out as a fish-faced, rebadged Studebaker in a market that had moved on. The latter days of Rome still had some splendor, and Packard's last shining moment was the 1956 lineup with its Patrician, Caribbean and Four Hundred. 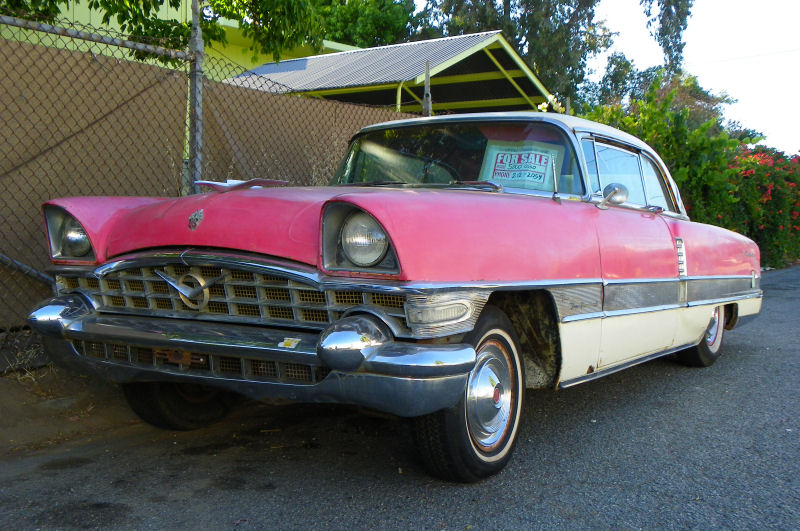 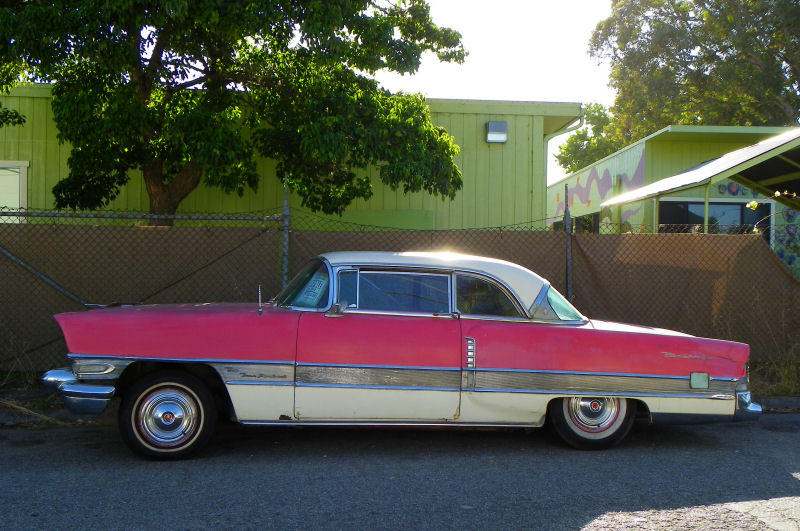 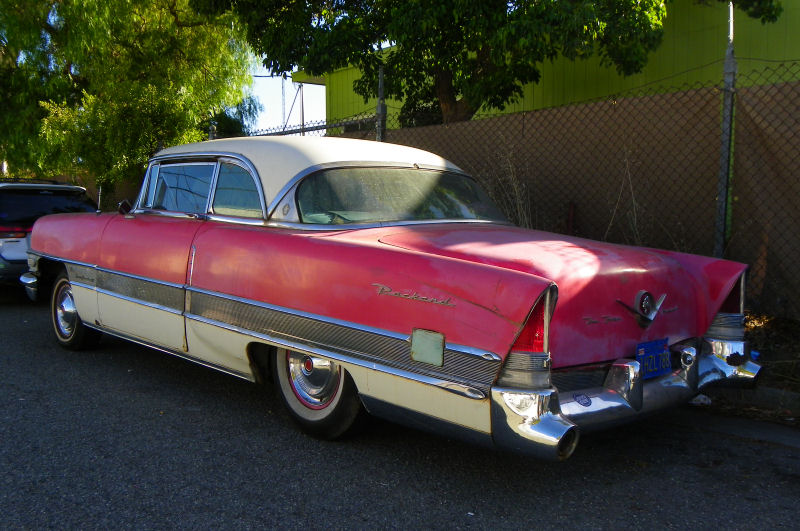 The Packard Four Hundred was the marque's most luxurious and powerful hardtop coupe in 1956. The name first denoted all top-line Packards in the early 1950s, but was dropped on all but the coupe in favor of actual names (Patrician on the sedan and Caribbean on the convertible and 1956-only luxury coupe). The Four Hundred coupe and Caribbean coupe appear to be differentiated by minor trim changes such as tri-tone paint in place of the anodized strip on the sides of the Four Hundred. These cars were really quite pretentious in their day, complete with gold anodized grilles and gold badges proclaiming "THE Four Hundred" as if it were the only one of its kind. Four Hundreds came with a 374 cubic-inch V8 and Ultramatic automatic transmission with optional push-button control. 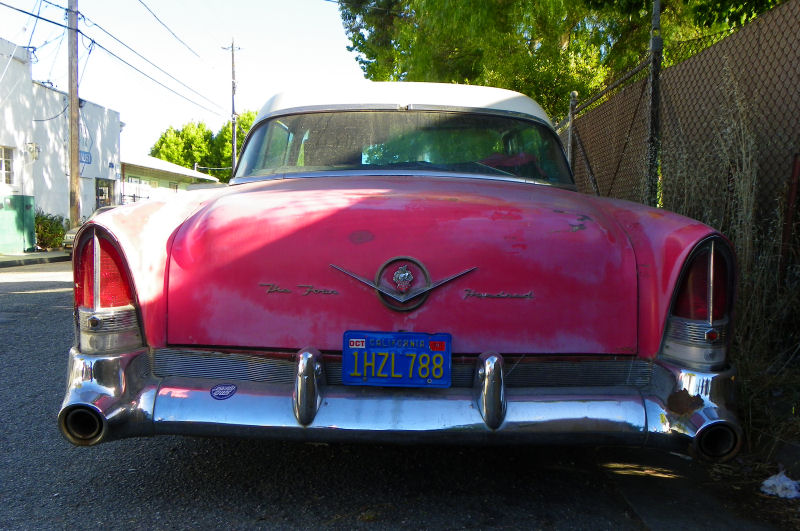 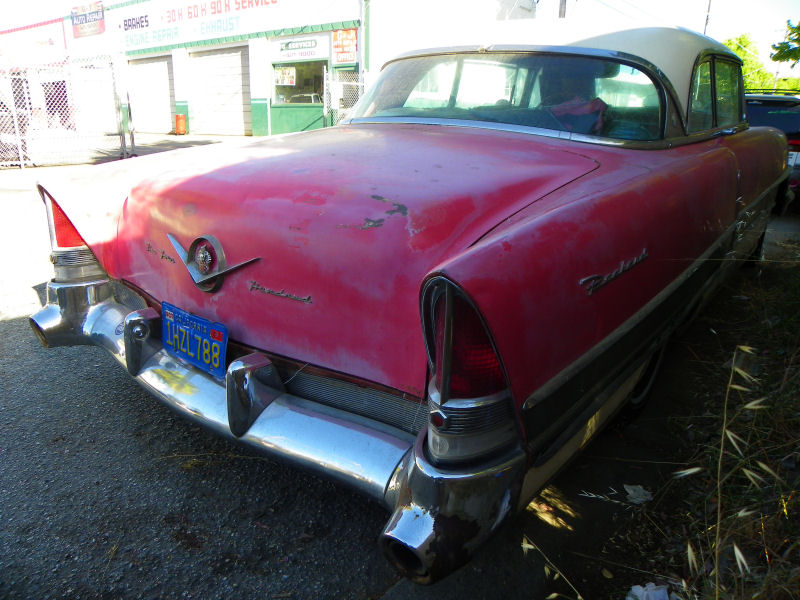 Personally I think the lesser '56 Clipper models are better looking than the expensive senior Packards. The brooding headlight surrounds, eggcrate grille, heavy-handed trim application and "Cathedral" taillights really do nothing for me. A '56 Clipper Constellation hardtop would be more my style, if I were a Packard man. But I feature what I photograph, and I photograph what I find, and this is what I found. It's a rare beast, too, one of only 3,224 built that year. So rarity should count for something. 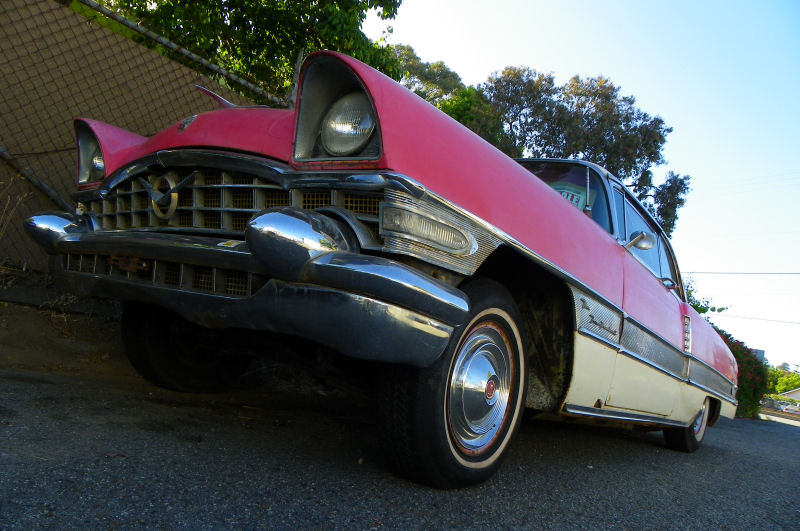 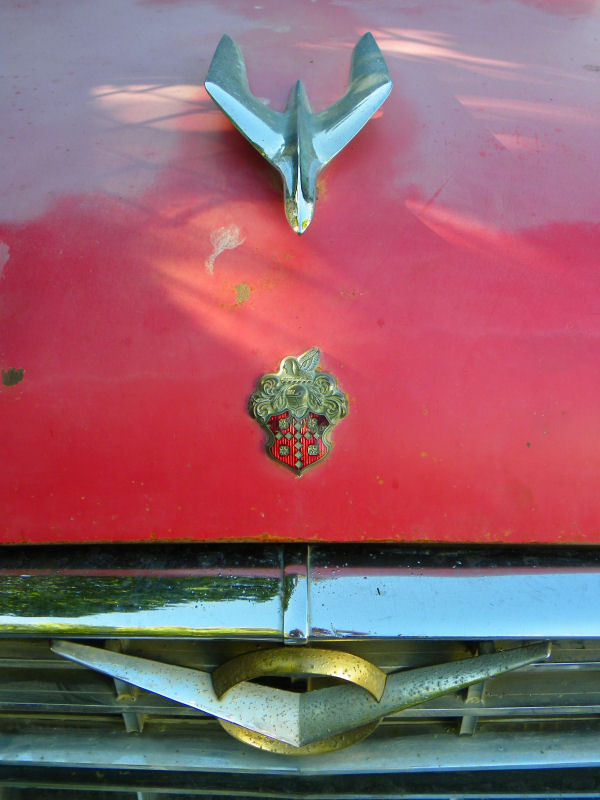 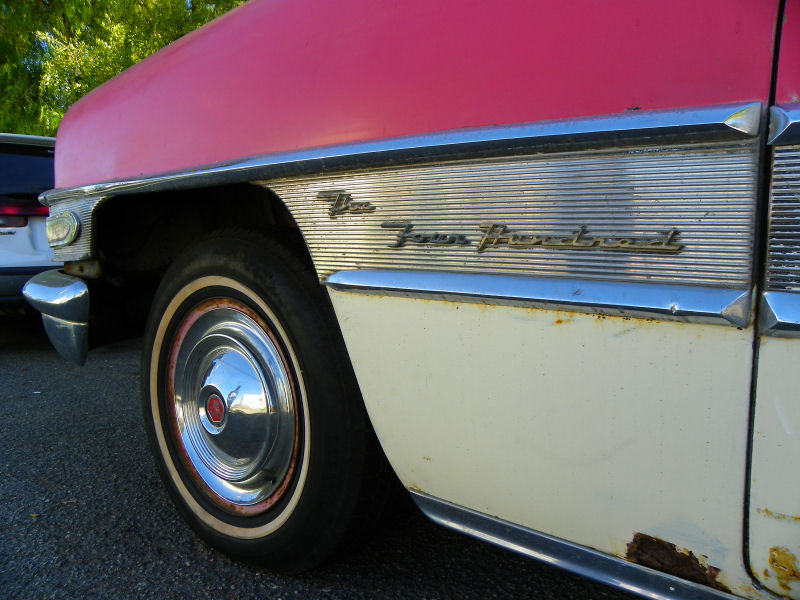 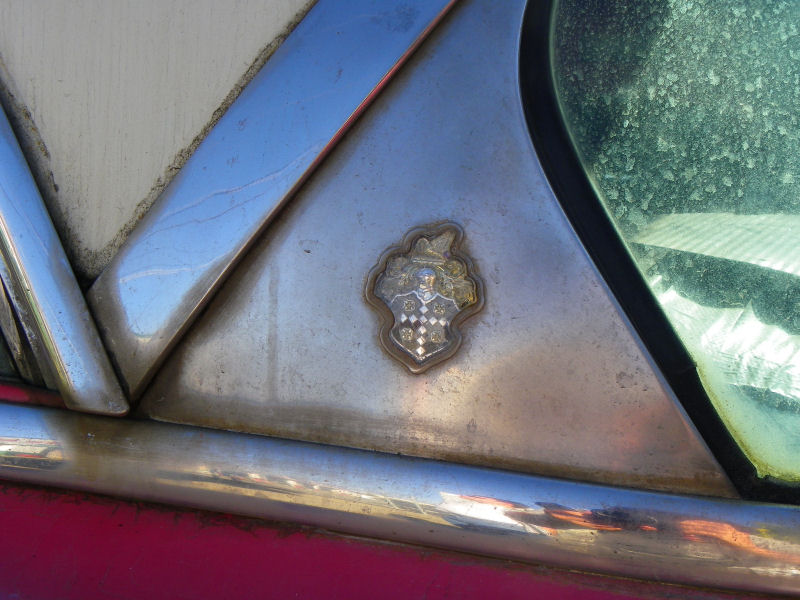 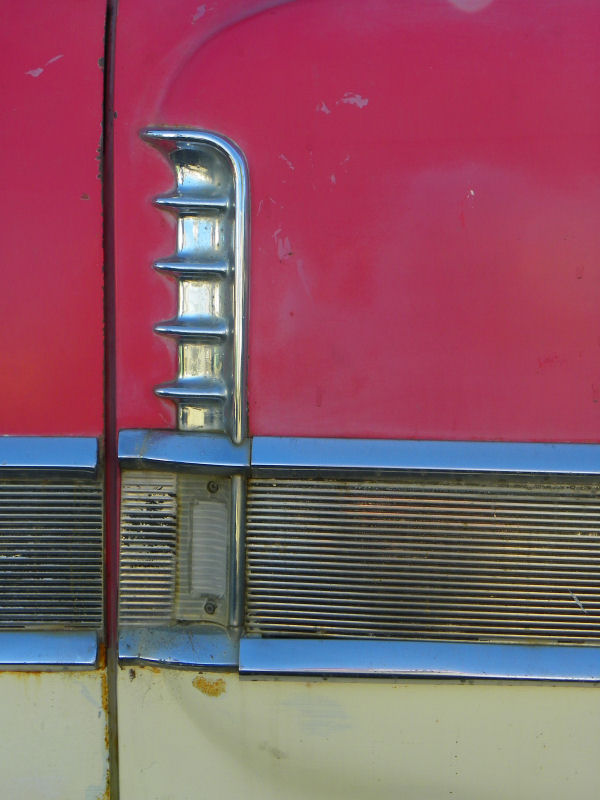 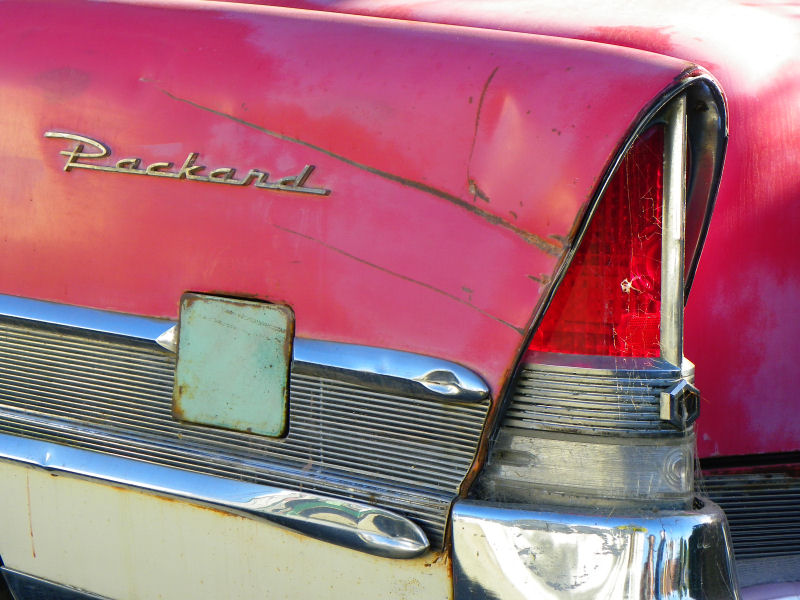 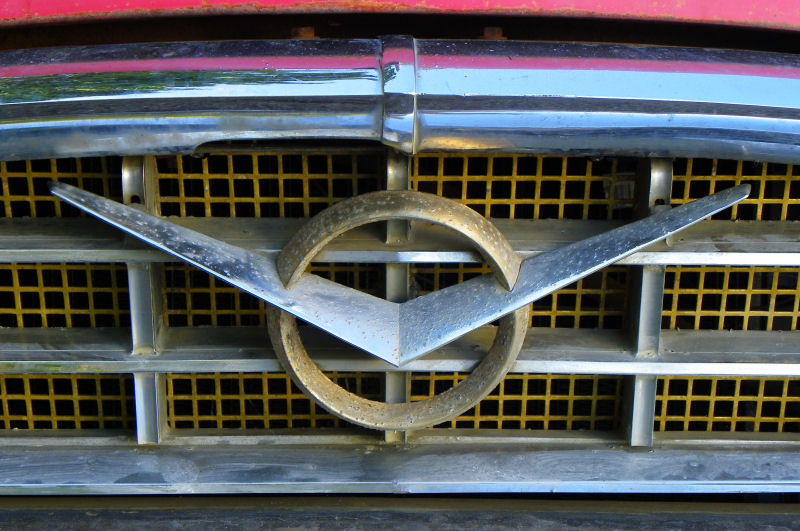 Conditionwise, this car isn't the best. Again, rarity means parts are hard to come by, so cosmetics may suffer unless someone has the time and money to make everything right. I do wish the body was in a better state, as it's kind of banged up and rusty. The paint job could be original and looks like Scottish Heather and Dover White. At the time I found it (June 2013), the owner was trying to find a new home for the car. I hope that it eventually received some love.
Posted by Jay Wollenweber at 12:00 AM