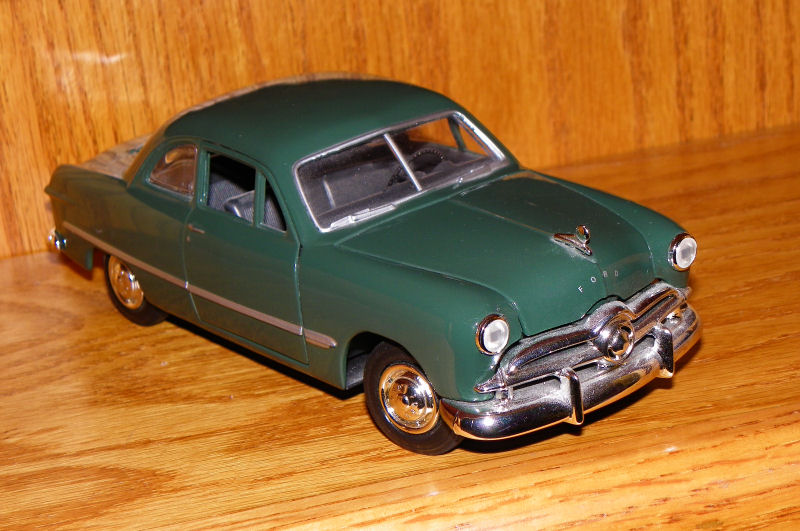 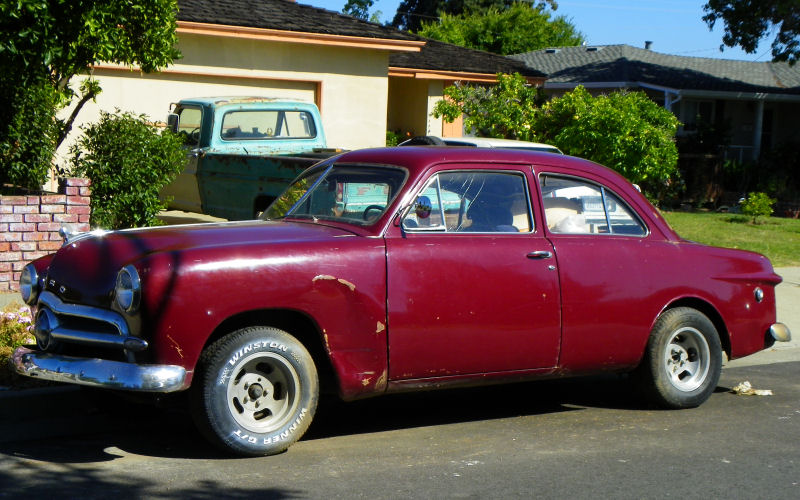 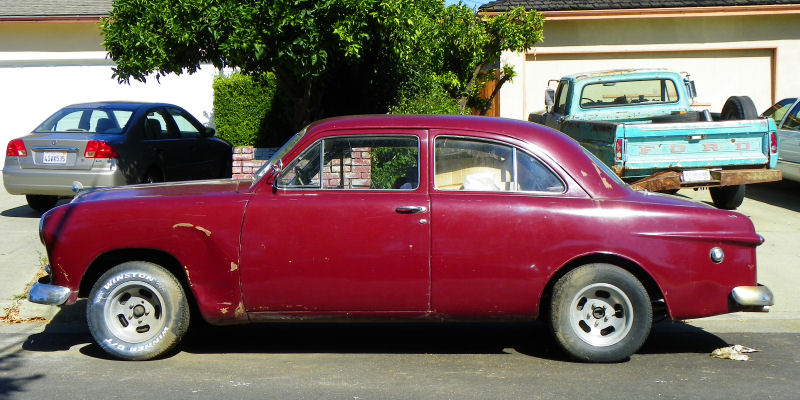 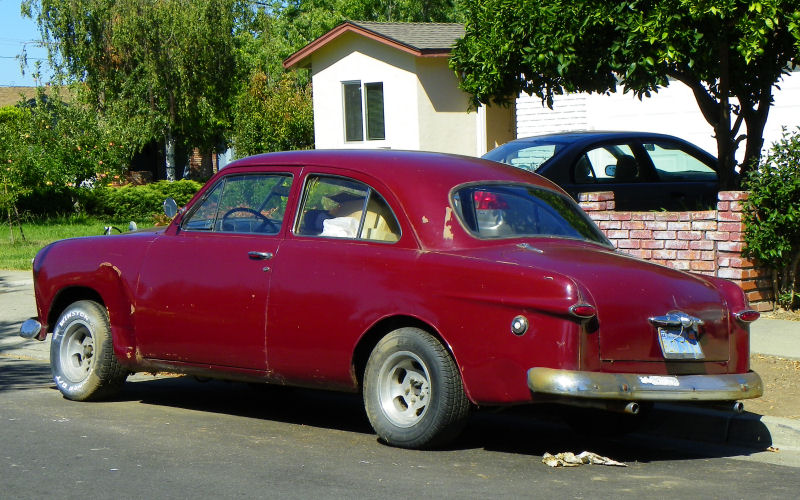 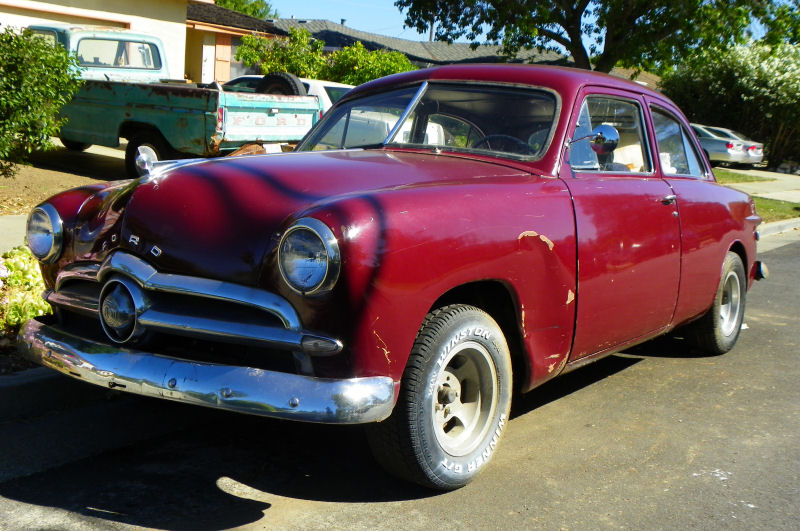 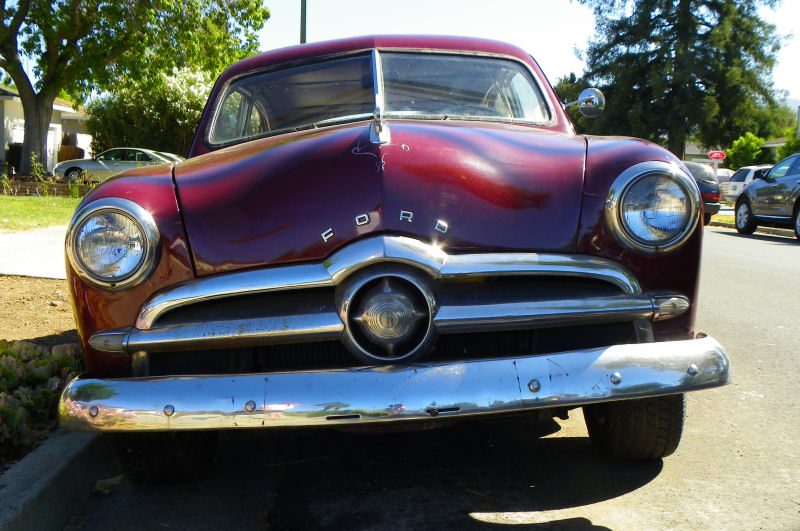 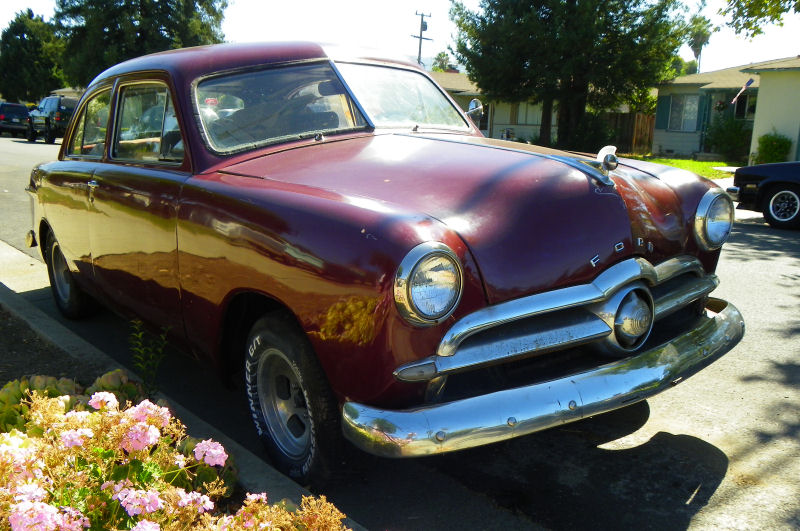 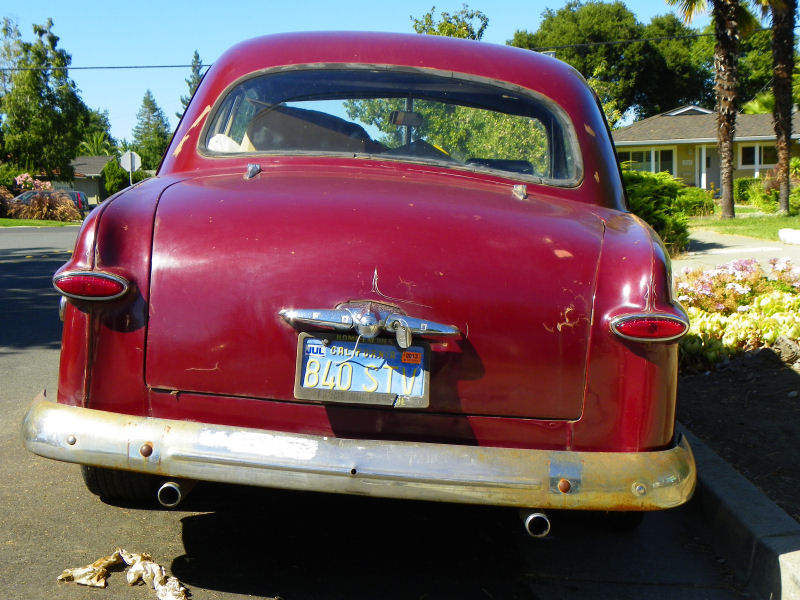 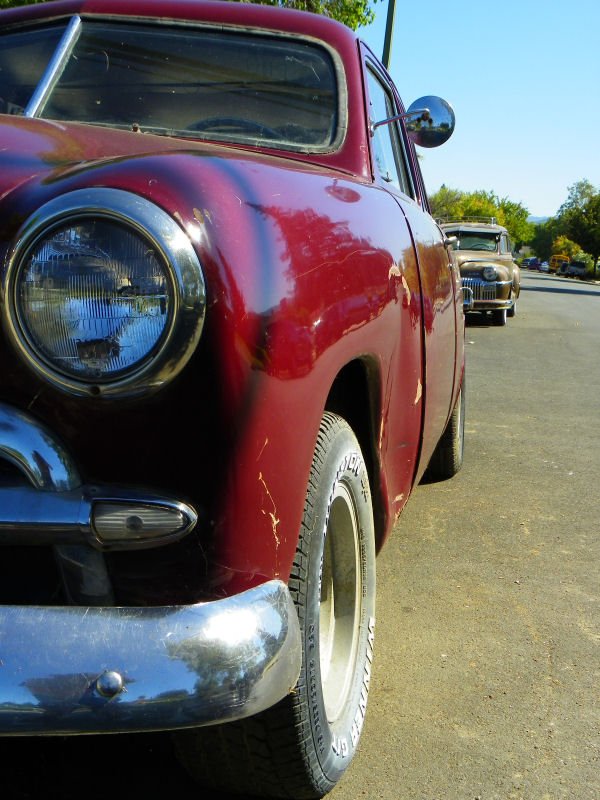 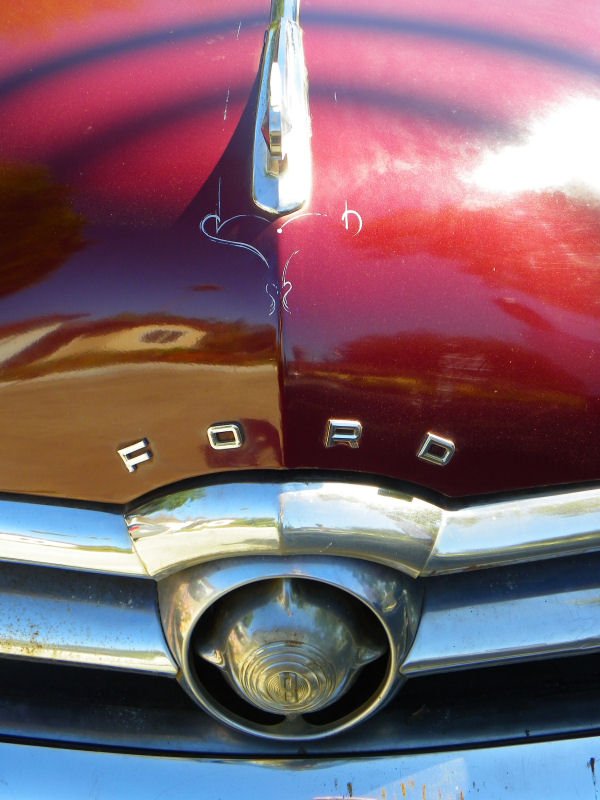 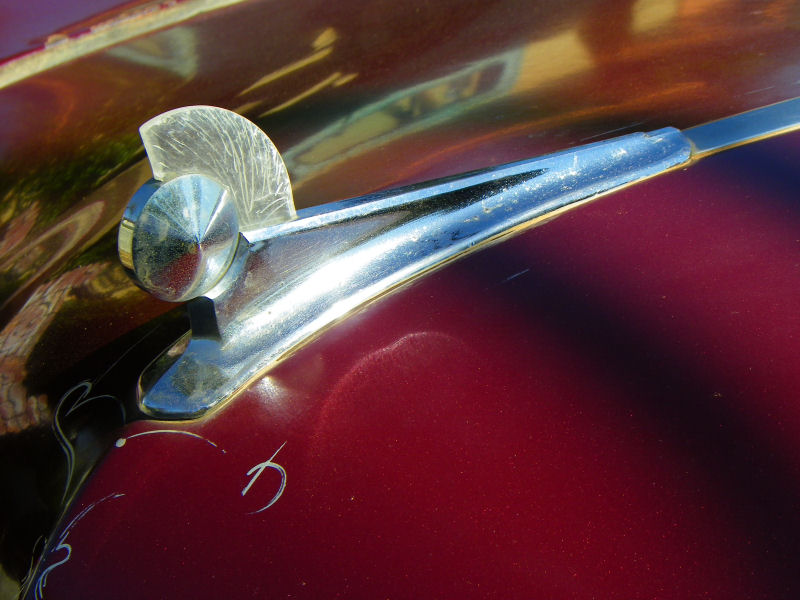 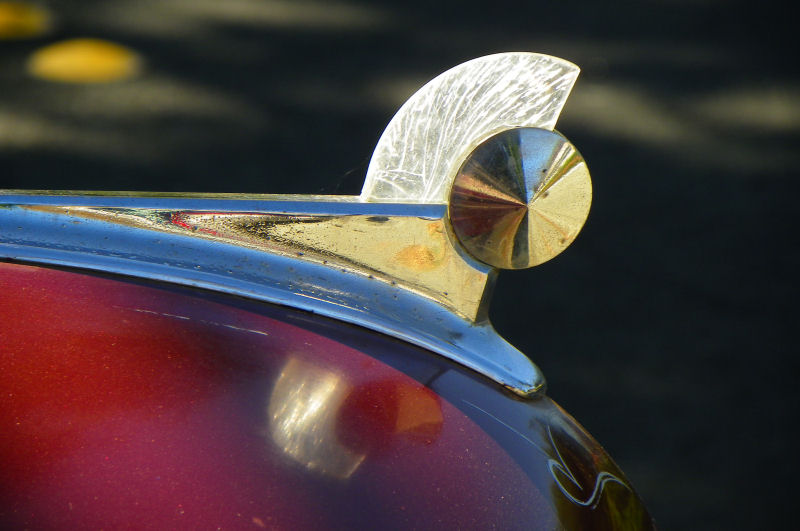 This '49 Ford lives at the same house as the 1948 DeSoto Custom Suburban I featured two years ago. This was only the second time I've seen the Bulletnose move in five years, so I jumped on the opportunity to photograph it. The number stamping on the "bullet" on the front indicates that it's an original V8 car - predictably, a stamped "6" would have denoted a six-cylinder car. The tags are current, so I assume it's been revived from its long slumber in the driveway. Upon closer inspection, the Ford appears to be a mild custom job, probably done in the 1970s judging by the slotted mag wheels and simple pinstriping. It looks like a homebuilt job, with its rear wheel arches re-shaped to fit the wider wheels and tires and the side trim removed. Somewhere along the way the car suffered an accident which left a nasty scar on the left front fender, and the driver side window needs to be replaced. The rubber weatherstripping and the body and chrome haven't liked sitting in the sun all those years, but it can be saved. With proper attention given to its damage, and painted the same color with the same wheels and some more body work done to smooth the rear wheel arches (they're not quite the same on both sides, nor do they match the front arches), it could be a cool low-buck custom.
Posted by Jay Wollenweber at 12:00 AM