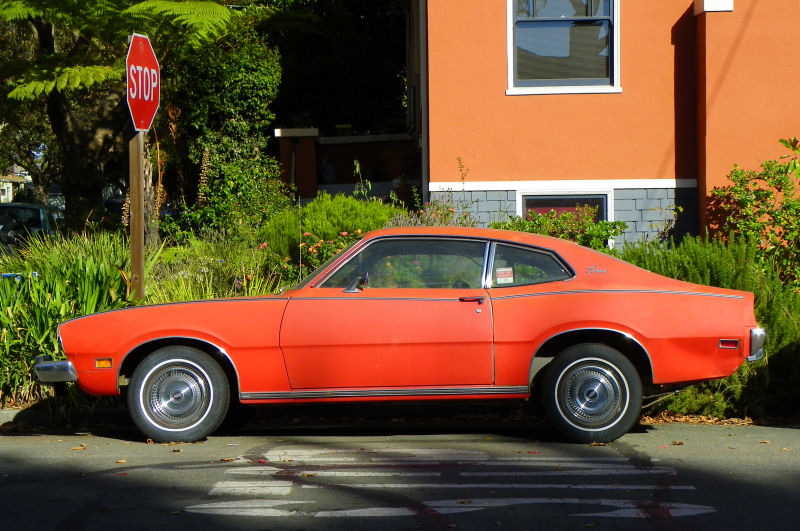 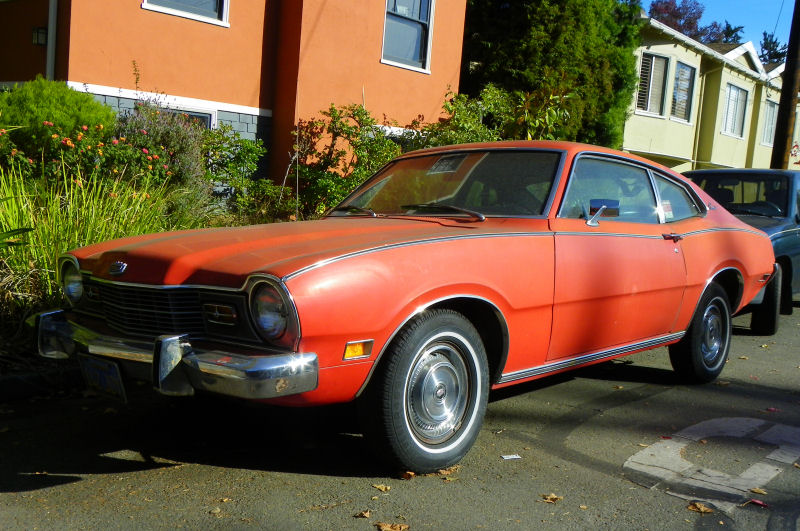 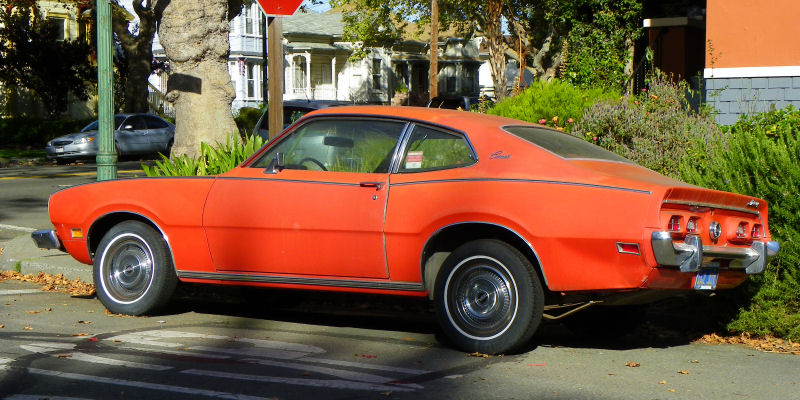 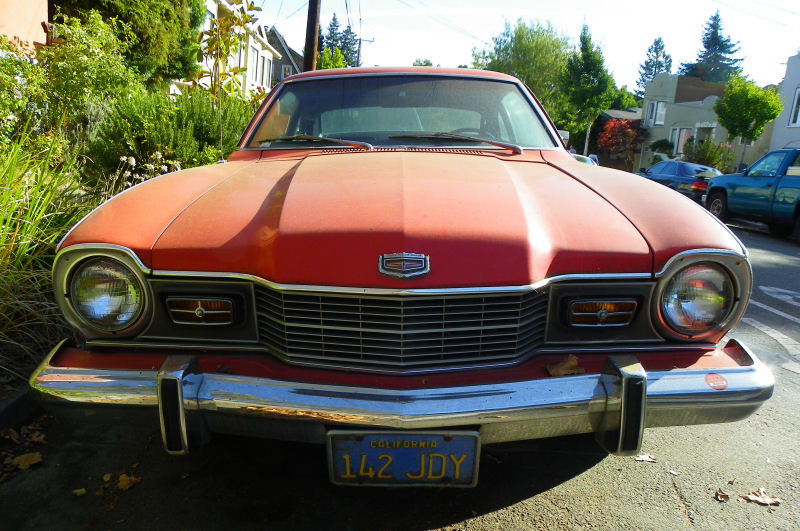 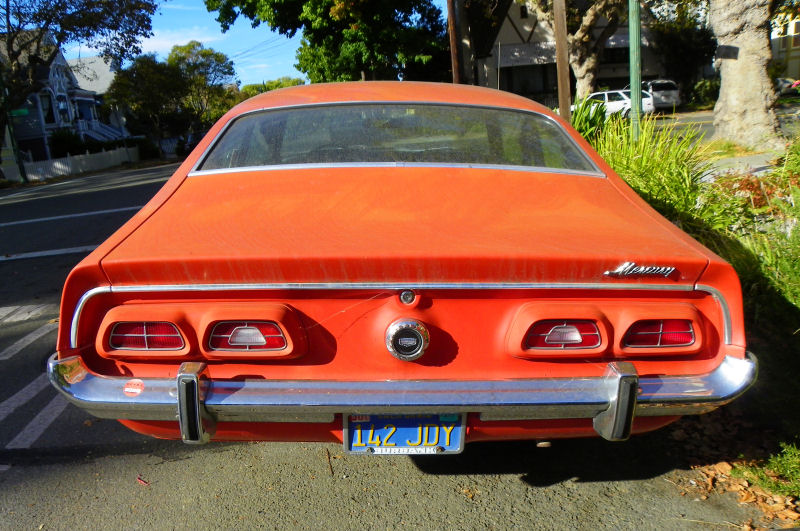 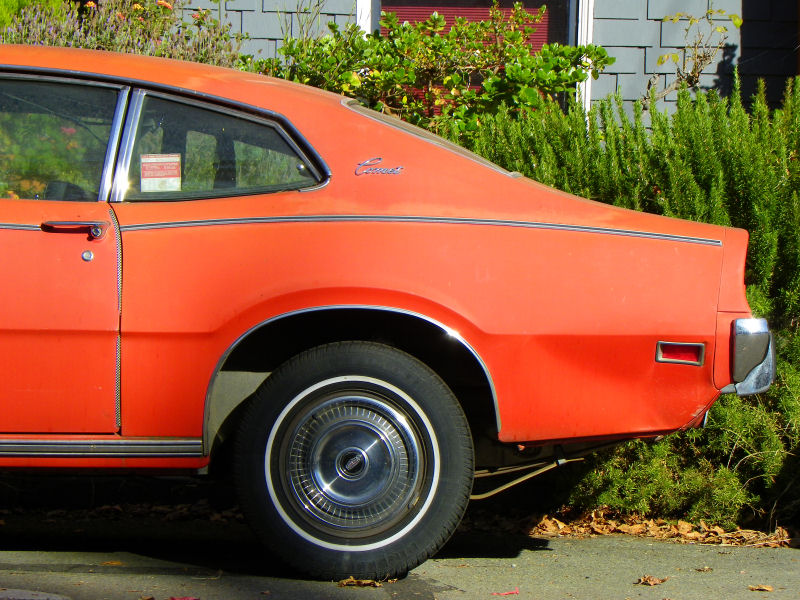 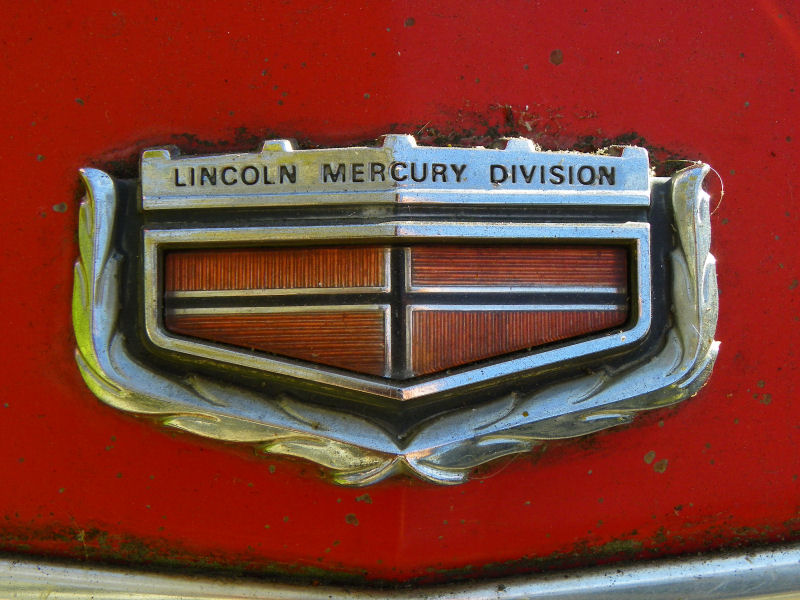 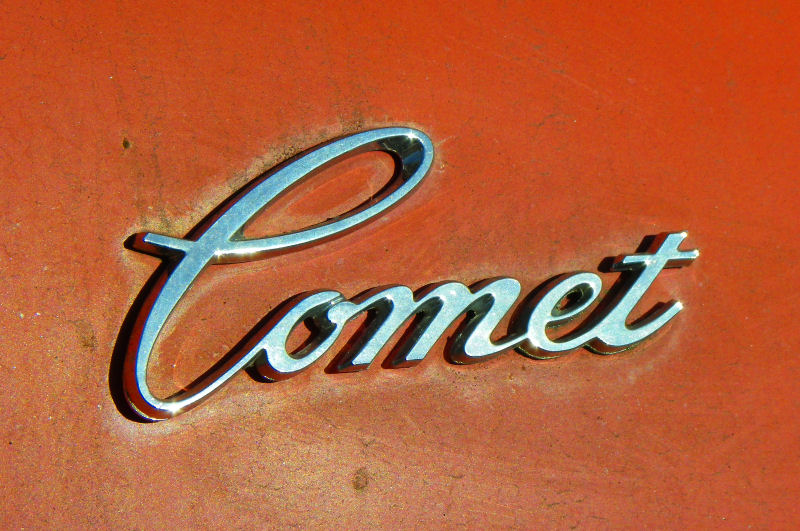 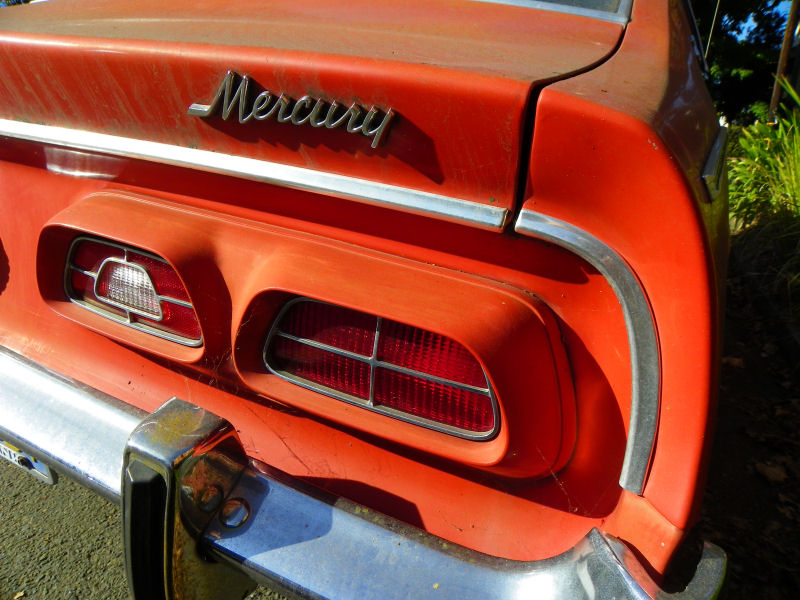 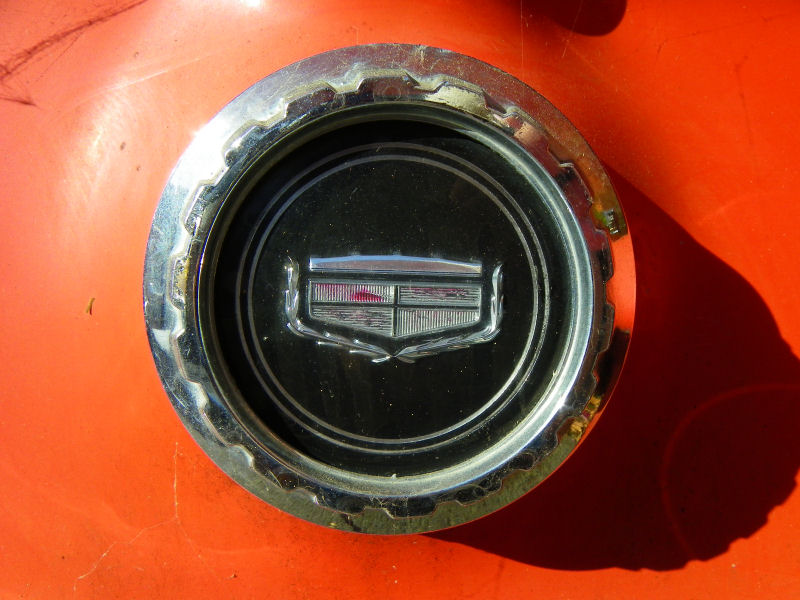 The Comet was little more than a rebadged Maverick, an attempt to create a more luxurious version of Ford's mainstream larger small car. It was for people who needed more space and power than a Bobcat (Mercury's Pinto), but couldn't afford or didn't want a Montego (Mercury's Torino). The Comet differed from the Maverick mainly in its front end with a unique hood and jutting Mercury grille, and its taillight panel with four trapezoidal Montego taillights in place of the small Pinto lights used on the Maverick. On the body, the Comet received a little more chrome trim and Comet script badges on the C-pillars. Note the "Lincoln Mercury Division" hood badge. I never could understand why Ford was so afraid to give Mercury its own identity instead of always trying to tie it to the Lincoln brand. If I was going to buy a new Buick Verano, I already know it's a gussied-up Chevy Cruze. I don't need a badge that says "Cadillac Buick Division" on the hood. It wouldn't fool me into thinking it's somehow more luxurious than it is, just by name-dropping the premium brand. I could understand that Lincoln and Mercury dealerships were almost always paired together, but it seems excessive to extend it to the cars themselves.
This Comet appears to be a 1973 model with the lovely big federal bumpers (be glad it isn't a '74 - the bumpers got HUGE). The body is in great shape apart from an unfortunate run-in with someone who didn't know they were supposed to hit the bumpers instead of the quarter panel. That's a nasty dent there. Being a red car in California, they all fade eventually in the hot sun. This one is at that point, though some of it could perhaps be brought back to a shine with elbow grease and car polish. The paint on the roof and C-pillars, unfortunately, is shot. I love the all-stock condition of this car, with its original hubcaps intact and all trim present. It has a single exhaust, which suggests it's a six-cylinder car. Probably sounds like a sewing machine and returns decent mileage, even if it won't win speed contests. Most of Alameda is 25 mph speed limits, making it possible for even Model Ts to survive there. (I've seen one driving there, trust me.) It's mundane but uncommon old "survivor" cars like this that often make me happy to keep searching, shooting and posting.
Posted by Jay Wollenweber at 12:00 AM