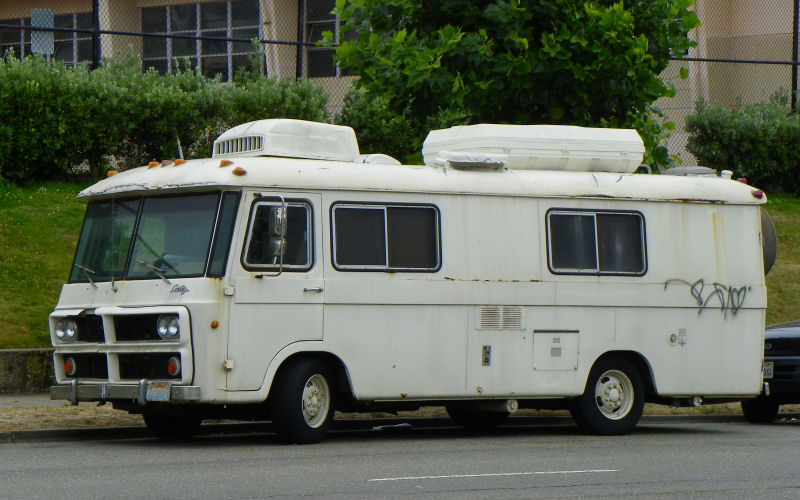 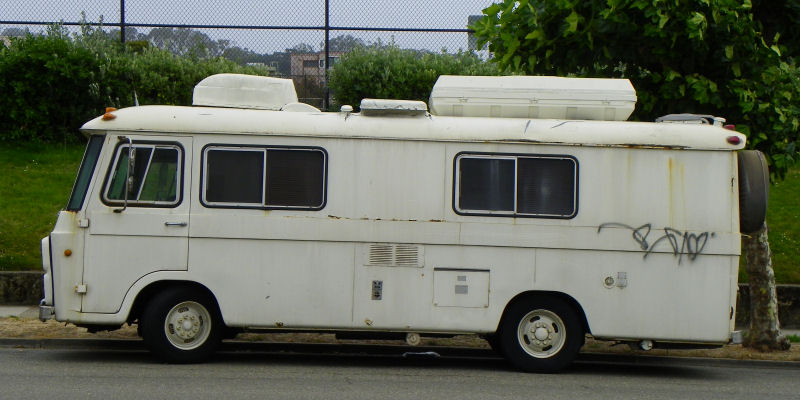 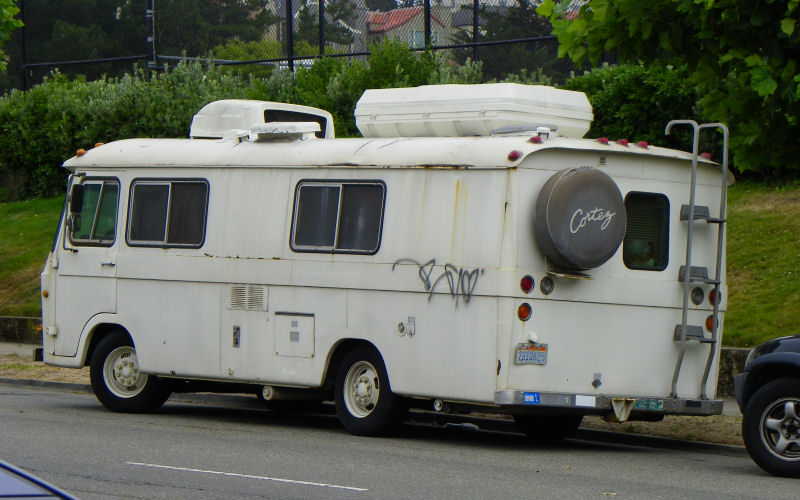 The Cortez motorhome received a powertrain upgrade in 1969 which gained a Ford 302 V8 and an automatic transmission. In 1970 Clark apparently decided to get out of the RV business and sold the project to Kent Industries, who facelifted the Cortez and made it larger and more powerful. The '71 Cortez now packed a 455 Oldsmobile Toronado engine and automatic transaxle. This formula lasted until 1975 when the company folded and was absorbed by a band of Cortez owners who kept the dream alive until their venture, too, dissolved. The last Cortez coaches were completed in 1979. 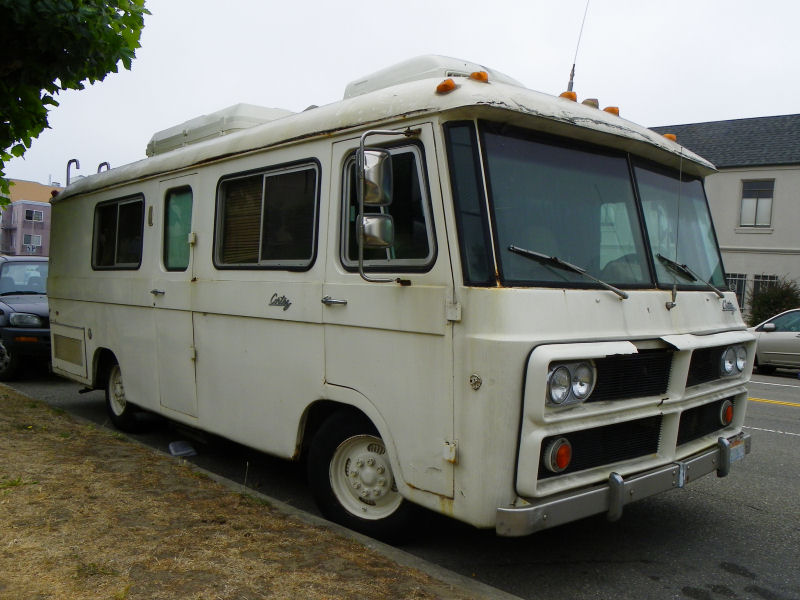 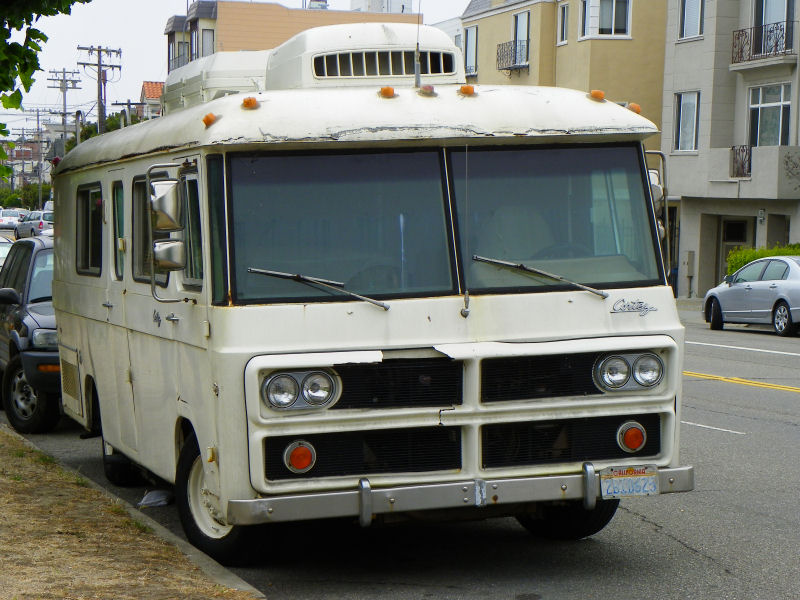 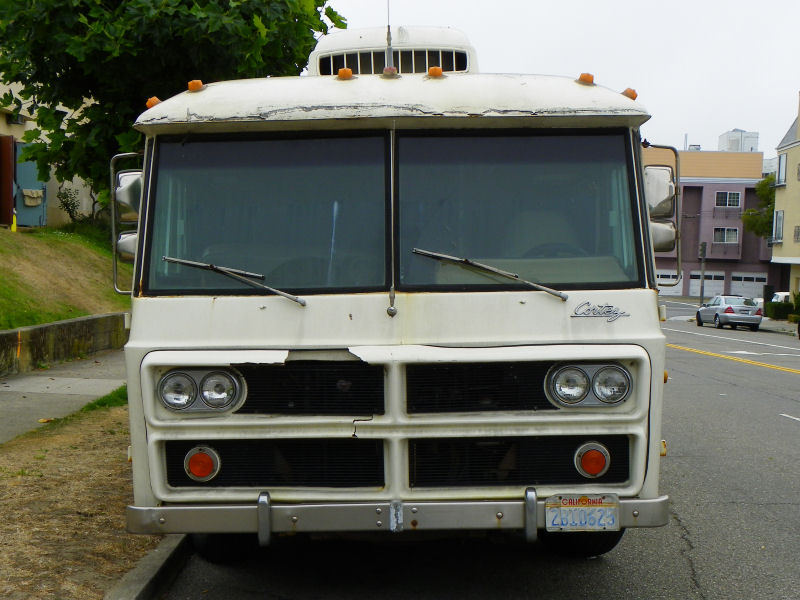 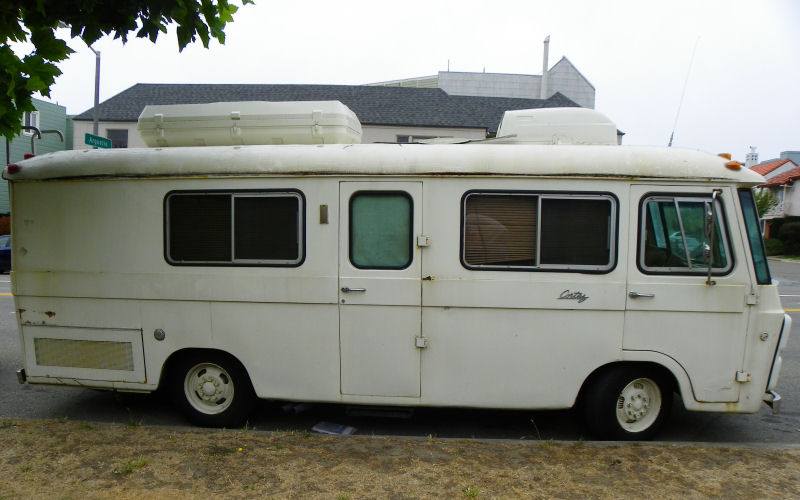 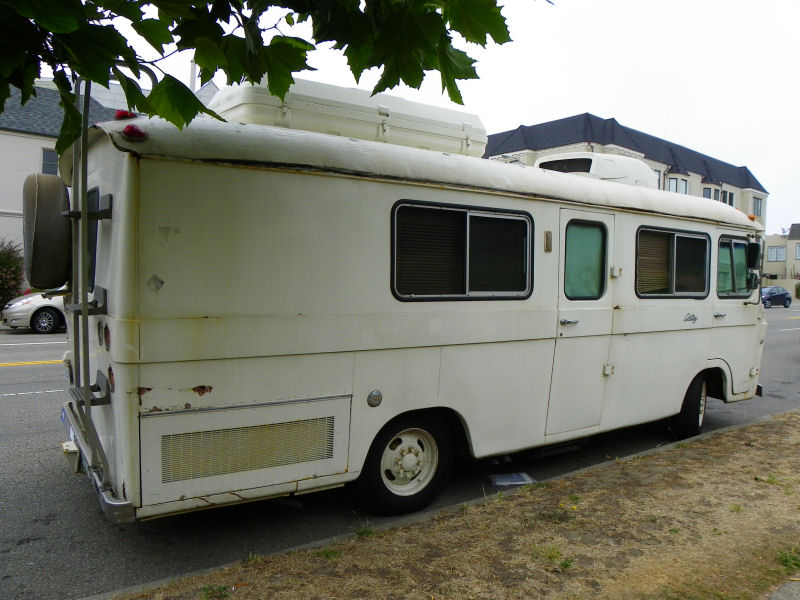 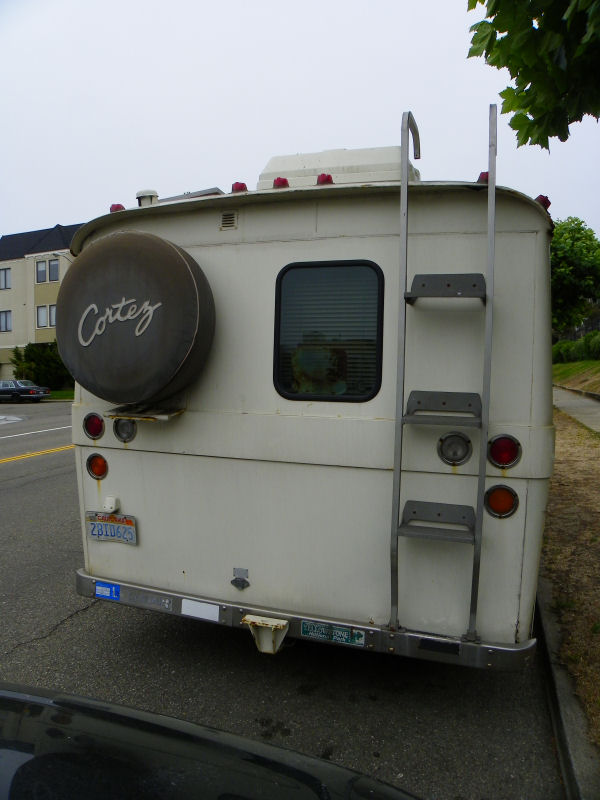 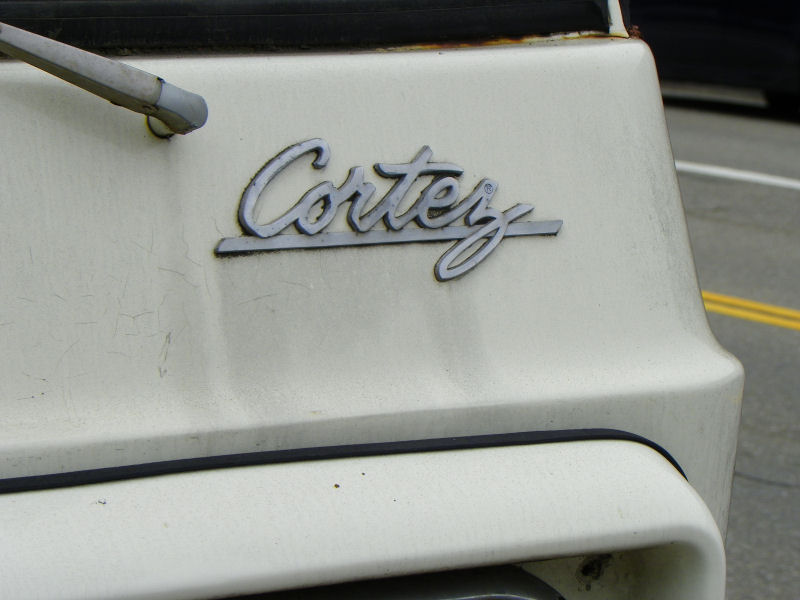 This Cortez hails from the Kent era, so it has the big Toronado engine and the big crossbar grille that makes it look like a GMC product circa 1972. Sadly, the fiberglass front grille isn't nearly as tough as it once looked. The body on this coach is doing what steel does when not taken care of over time. Still, I imagine it's less prone to body flex than a comparably sized fiberglass bodied rig, even one decades newer than this. This Cortez appears to be mostly original, even including the original spare tire cover. The graffiti on the side is added, though. I suspect it's a side effect of being parked in the same place every day for years. Cortezes are pretty rare with only 3211 ever made, so being able to find and photograph one was a treat. I like creative approaches to the motorhome formula, and this suited my criteria to become the second camper featured on California Streets.
Posted by Jay Wollenweber at 12:00 AM