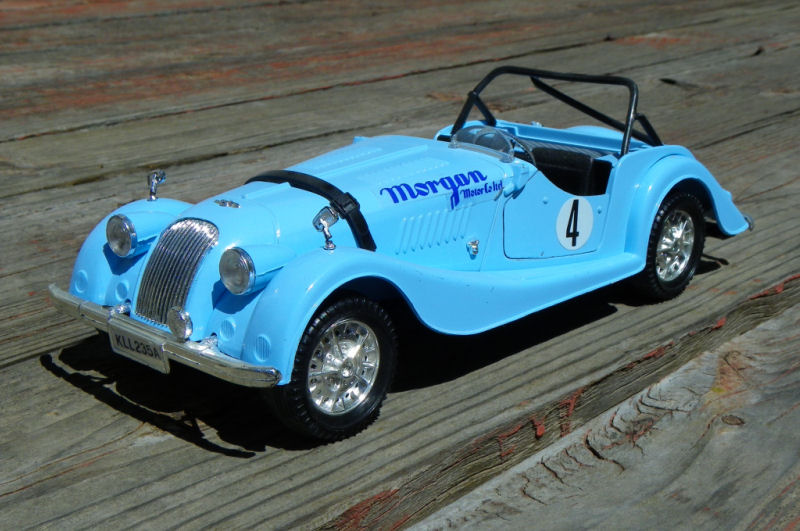 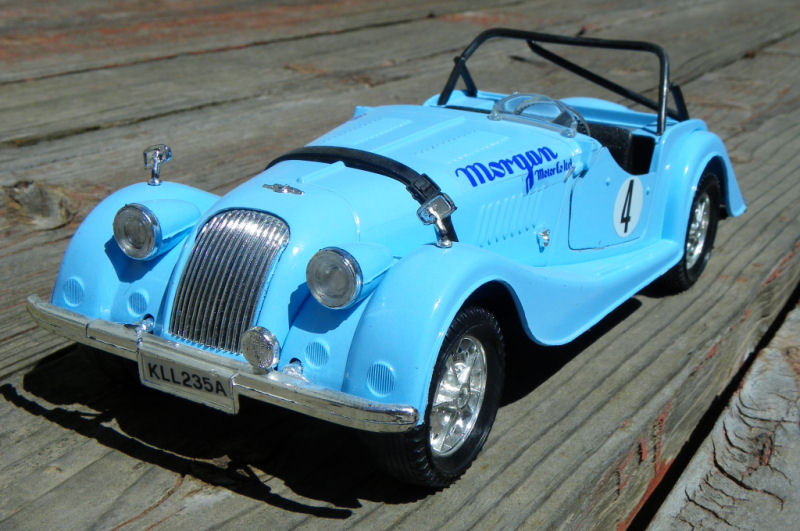 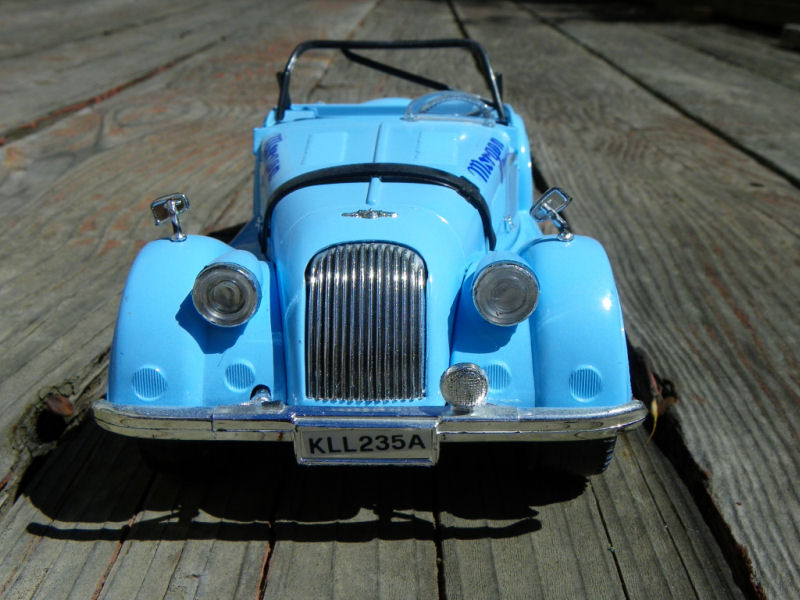 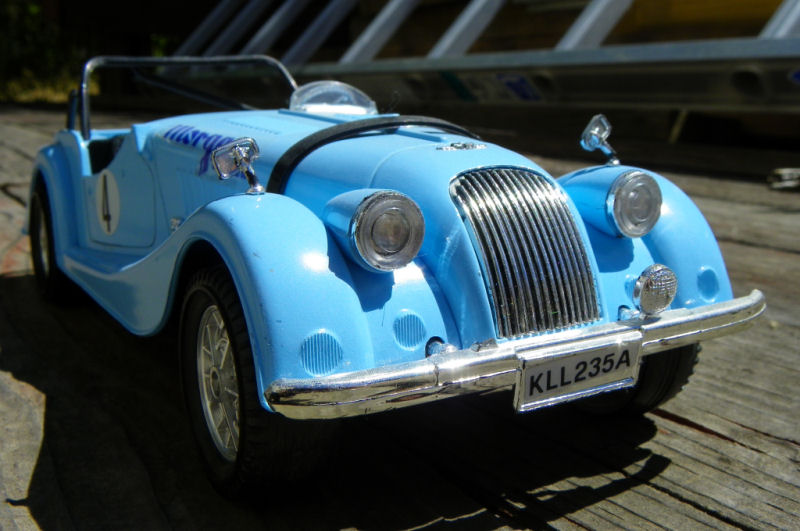 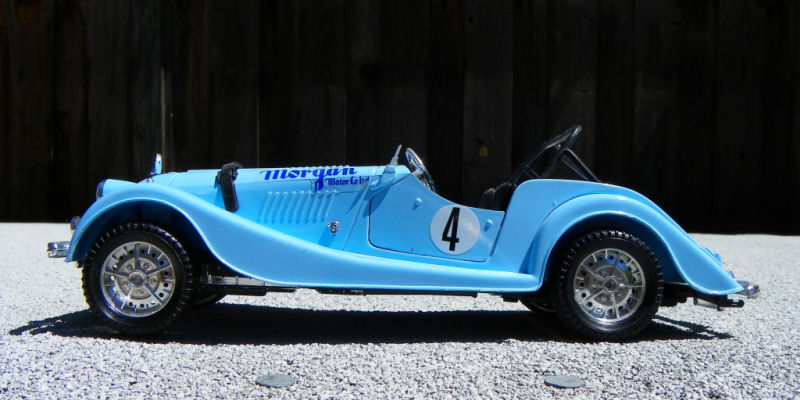 Compared to modern models, it's exceedingly basic and toylike. The wheels don't steer, there's no suspension, and the tires aren't even rubber. The chrome steering wheel turns but isn't connected to anything. The doors open, but not the hood (I accidentally broke the hinge on the driver side door when I was much younger, so it falls off). The strange baby blue color seems uncharacteristic of a Morgan but what do I know? It is apparently Iris Blue. All body decals are stickers including the gauge cluster, the package shelf and both (crooked) license plates. The taillights aren't even painted or anything! The plates are interesting in that they aren't in the UK DVLA system as being registered to a Morgan, but they would come from a car registered in 1963 in London. The wheels are an unusual design, replicating the 15-inch Morgan alloys installed as standard on Plus 8s (72-spoke wire wheels were optional). The fender mirrors are fragile as can be seen from the photos, as are the fog lights on the bumper. One is already broken off. It's lucky that it survived my destructive youth as well as it has. It's probably a credit to the car's simplicity and toughness. The only other model I have from the early years that has held up so well is my Bburago Dodge Viper. Bburago builds their cars to be played with, not just displayed. 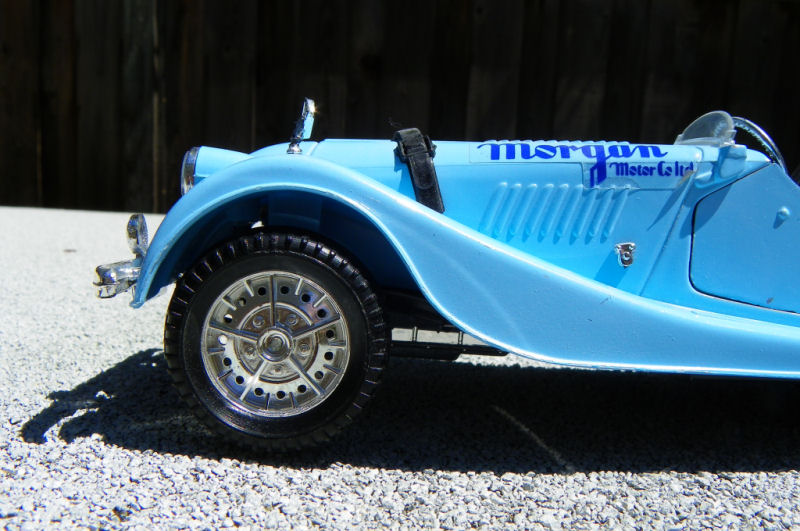 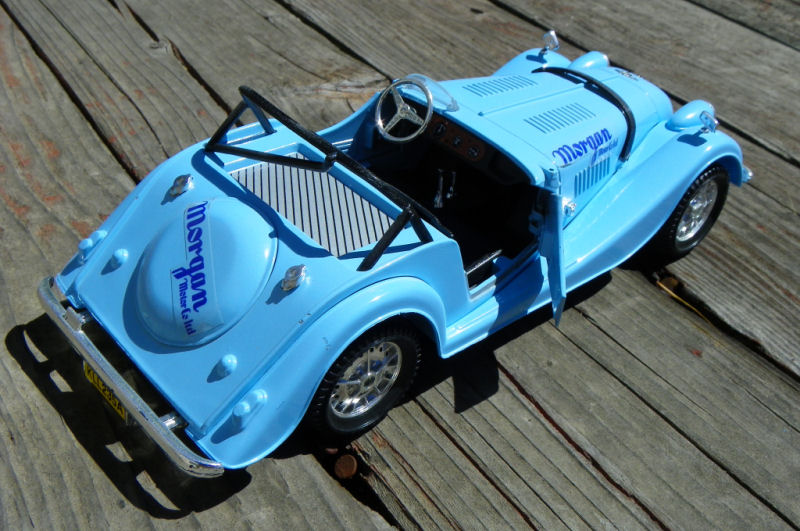 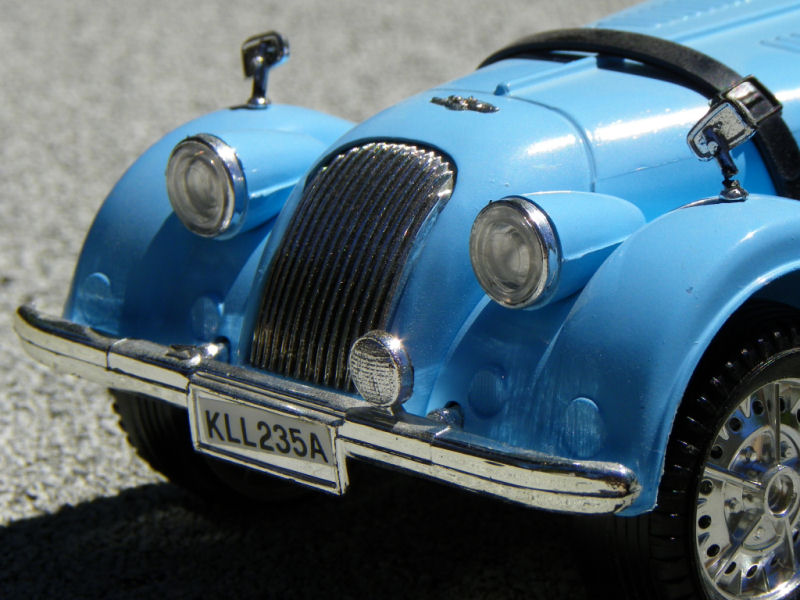 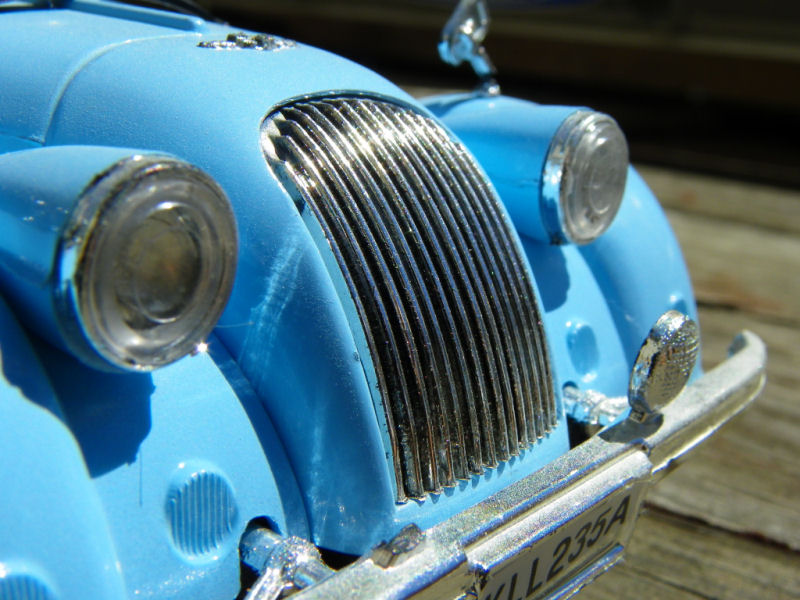 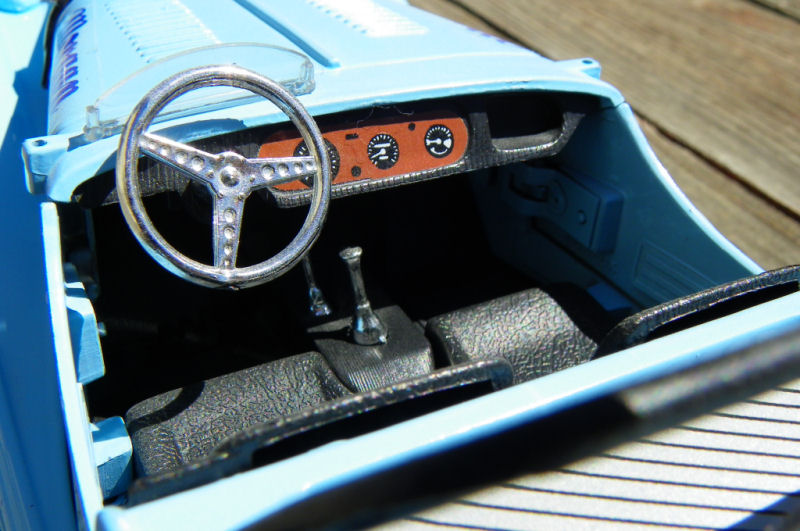 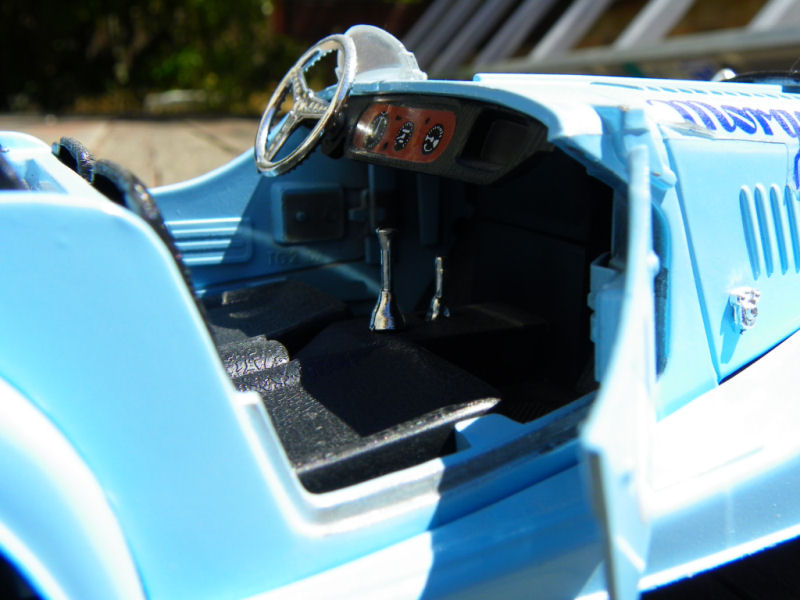 I don't know how rare the Polistil/Tonka Morgan is, but Google searches don't yield too many of them. I'm surprised that they trade for as much as they do, mint in box and all that. Mine obviously doesn't fit that category, but it sounds like a rare curiosity from a strange partnership between the Italians and a company known for pressed-steel dump trucks. I don't plan on getting rid of this goofy old busted Moggy anytime soon.
Posted by Jay Wollenweber at 12:00 AM