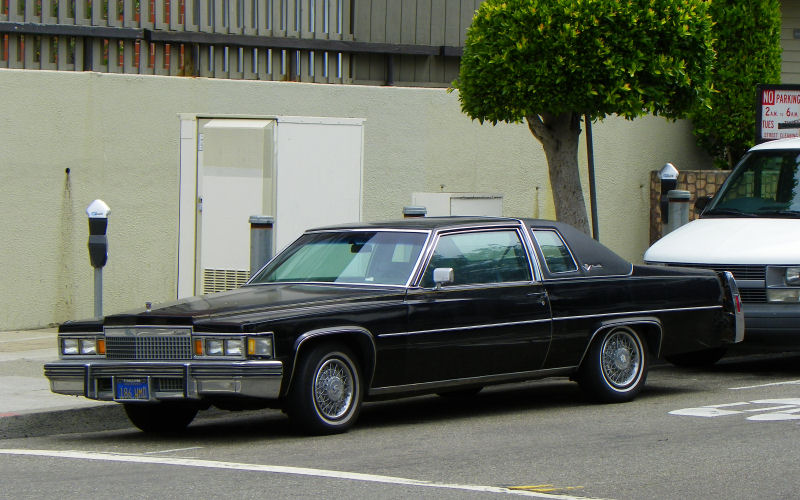 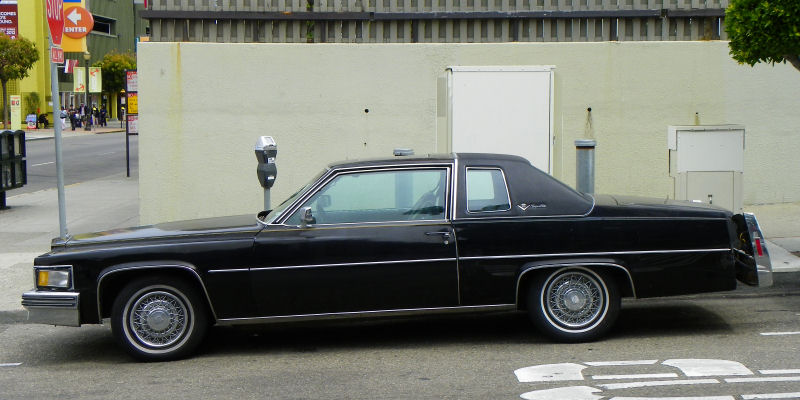 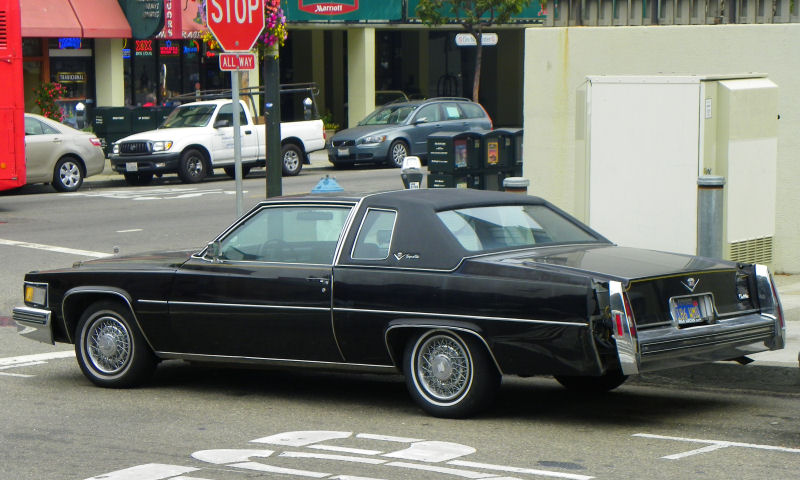 The Cadillac Sedan DeVille of this same time period was very similar to the Fleetwood and used the same body, but had a few changes. The hood ornament was a Cadillac crest instead of the traditional wreath-and-crest, the hubcaps were different, and the vinyl top was fancier on the Fleetwood. The interior was also nicer on the higher-end Fleetwood. The Coupe DeVille was the two-door model, and was joined by a Fleetwood Brougham coupe in 1980.
The 1977 Cadillacs looked modern in their time, but in my opinion the design dated quickly and the cars looked ancient by the time their body shell was finally replaced 15 years later. It seemed like the company that claimed to be the "Standard of the World" for luxury couldn't engineer the right engine for the times, either. Early cars had monster 425 cubic inch V8s choked by emissions gear, then the awful computer-controlled 8-6-4 V8 (an under-developed forerunner of the modern cylinder deactivation system) ruined Cadillac's reputation for reliability. Then came a diesel 350 from Oldsmobile and a fuel-injected aluminum 4.1 liter V8 that was quite advanced on paper but in execution was prone to gasket failure and other maladies. Later cars on this platform used Buick V6s, Olds 307s, Chevy 305s and 350s. None of these engines produced more than 200 horsepower. 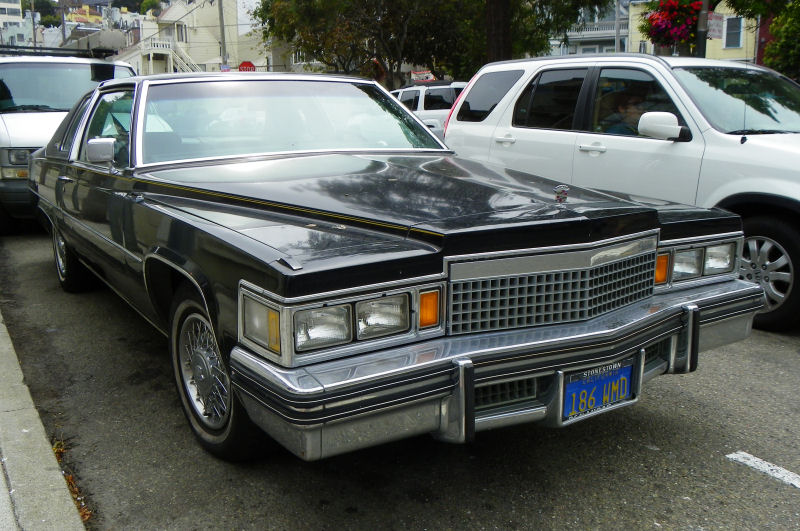 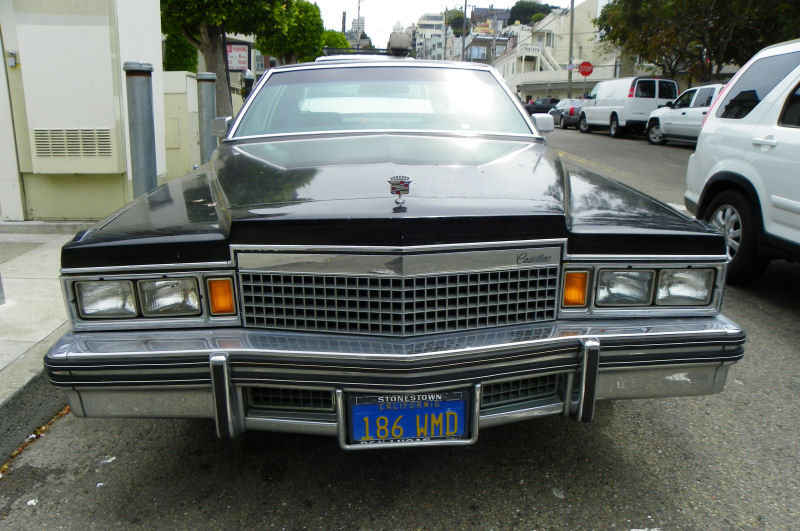 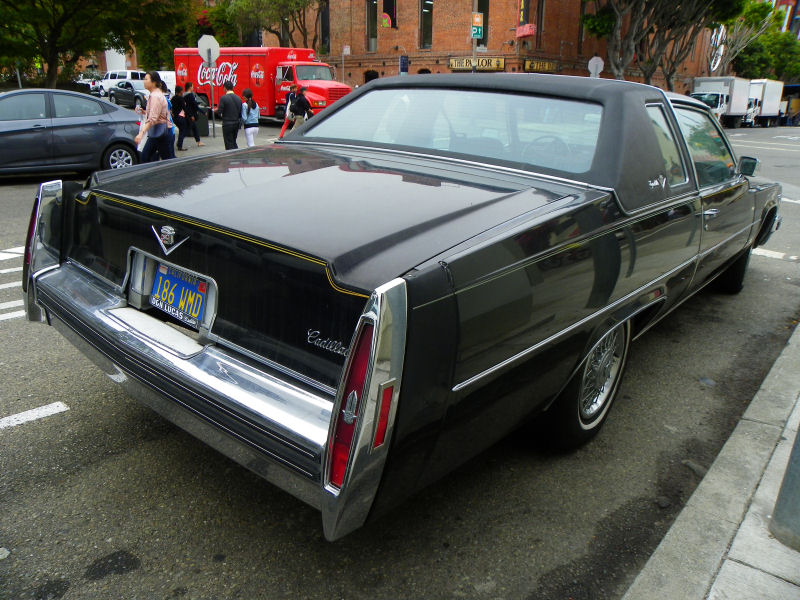 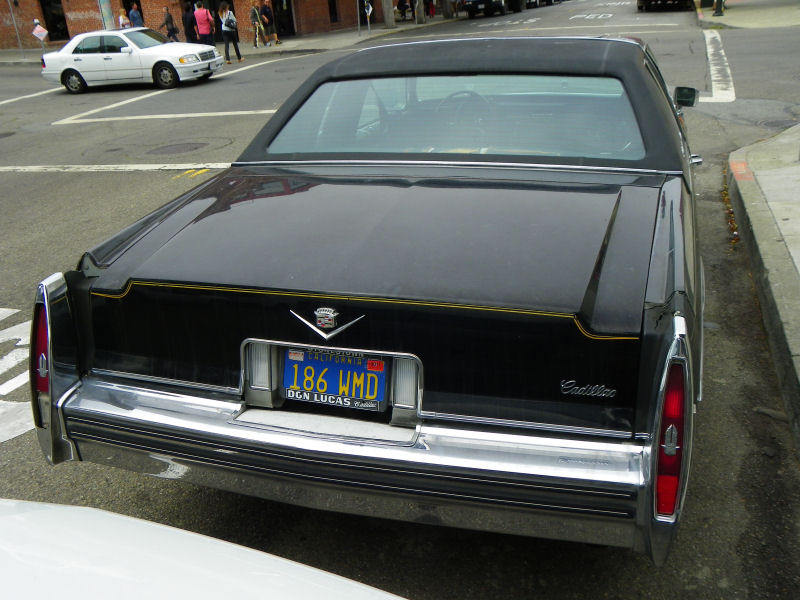 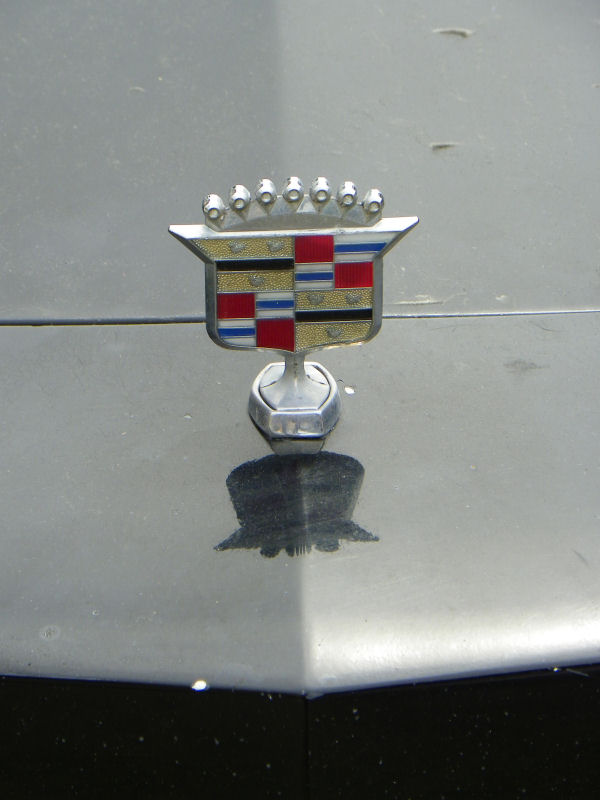 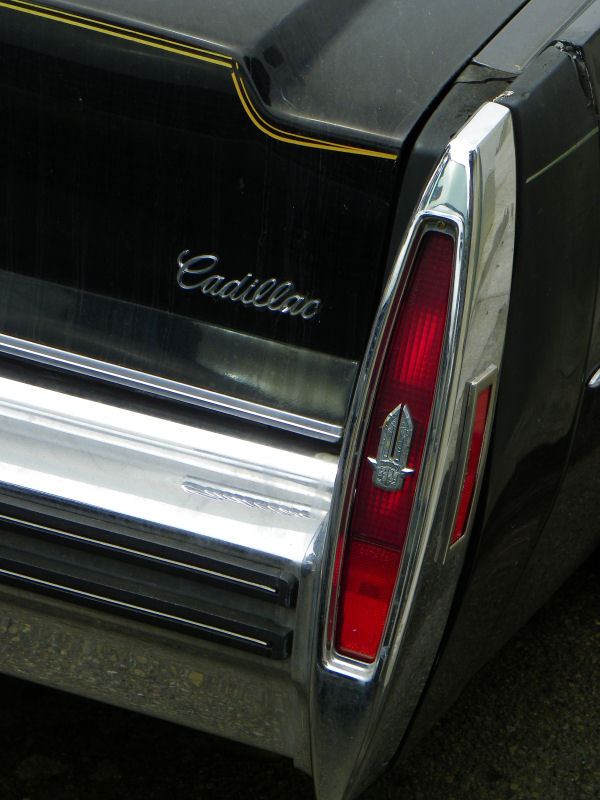 This example is a 1979 Coupe DeVille. I don't usually give these cars a second glance but this one called to me. I liked that it was proper black with a matching vinyl top and yellow pinstriping. At a glance, the body is in good condition and all the parts are there, though the plastic rear fender extenders are broken. This is common on these cars, as it is a sacrificial piece made to break in case of a low-speed collision instead of mangling the whole quarter panel. These parts also seem to fail when left outside in the sun for too long. A chrome turn signal bezel is also missing on the left front corner. The paint on this car is still in pretty decent condition and would probably shine right up if waxed properly. This was the last year of the 425 V8 and also the final year of this roofline, as 1980 brought a more squared-off roof with smaller quarter windows, as well as a new front end that made the car look taller.
If this was my car I'd invest in new fender extensions and that corner trim piece, polish it all up and call it a day. Then go cruise.
Posted by Jay Wollenweber at 12:00 AM