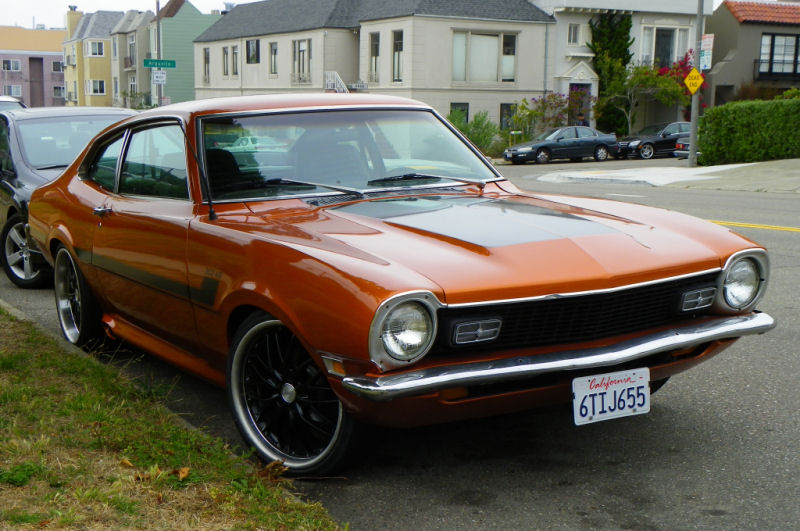 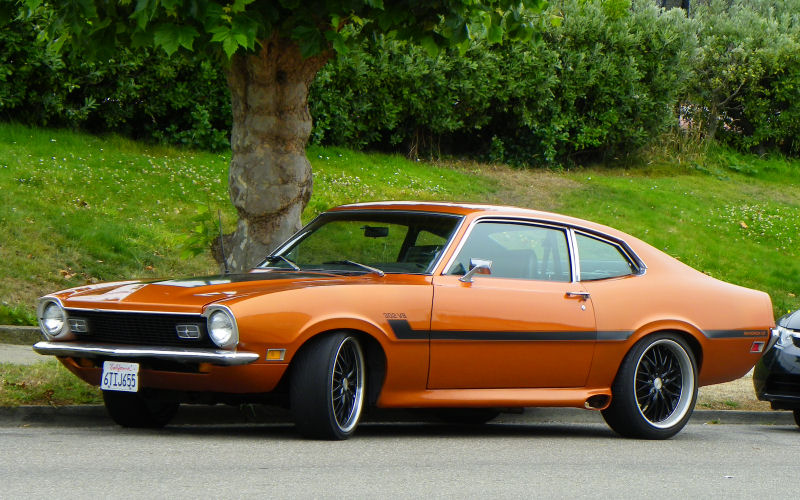 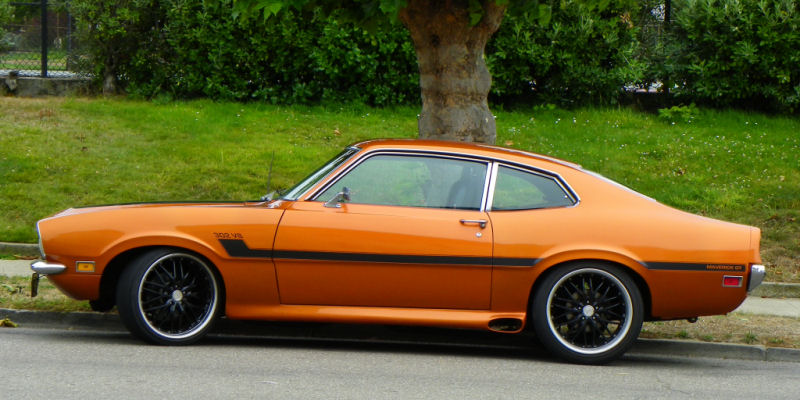 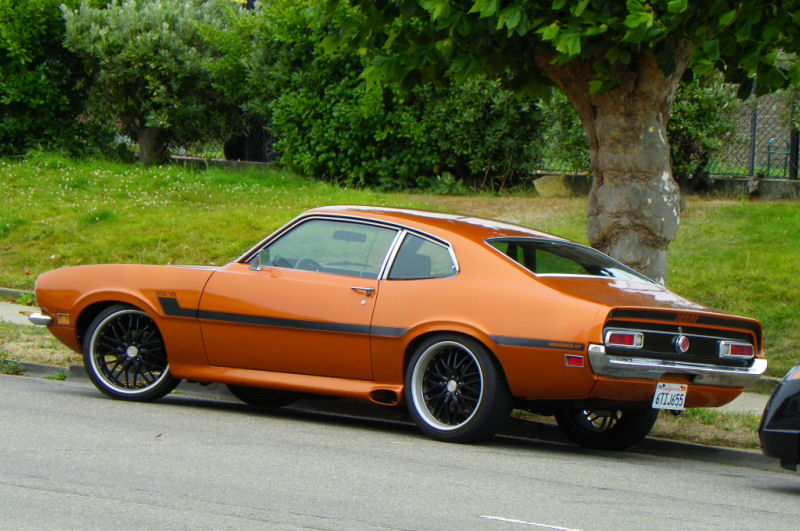 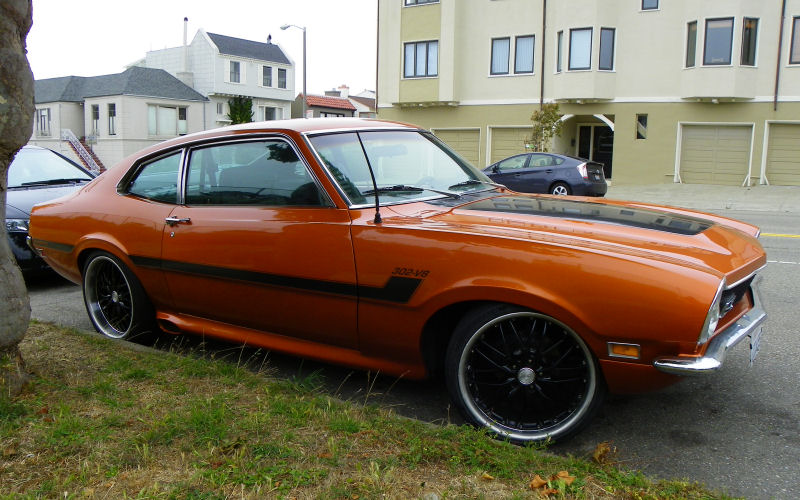 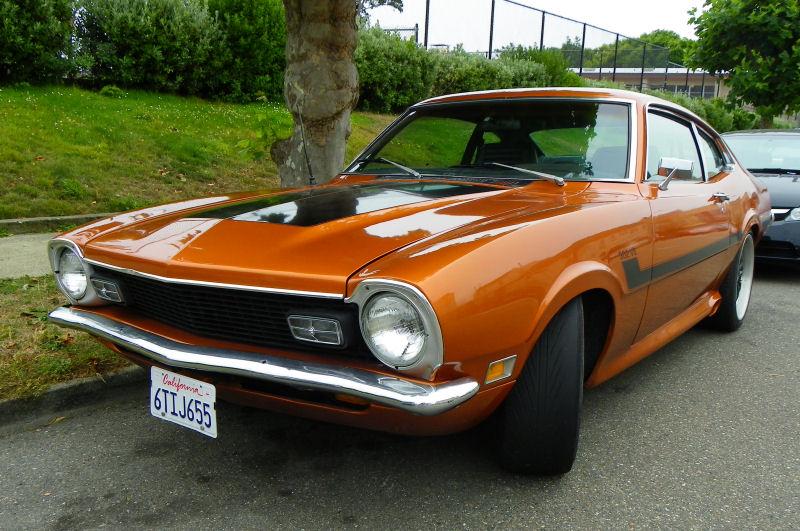 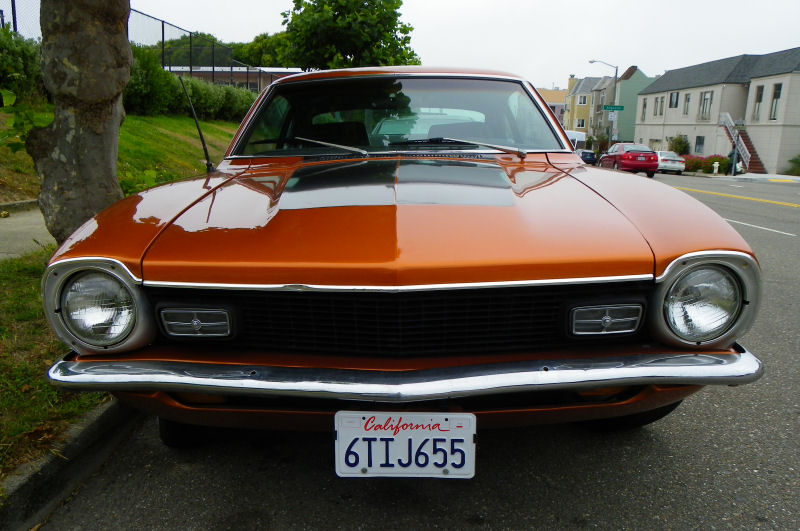 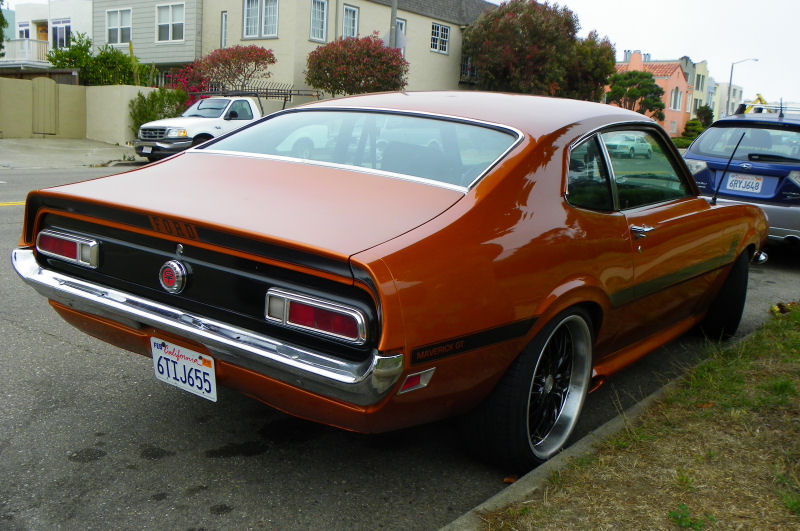 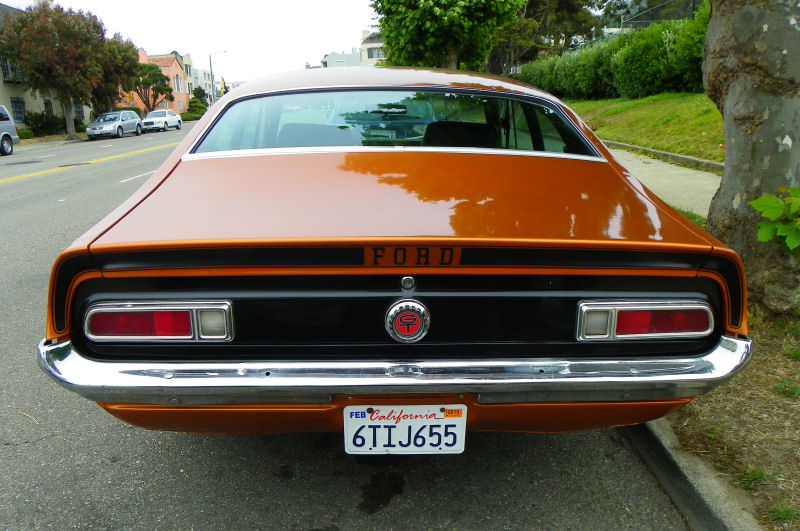 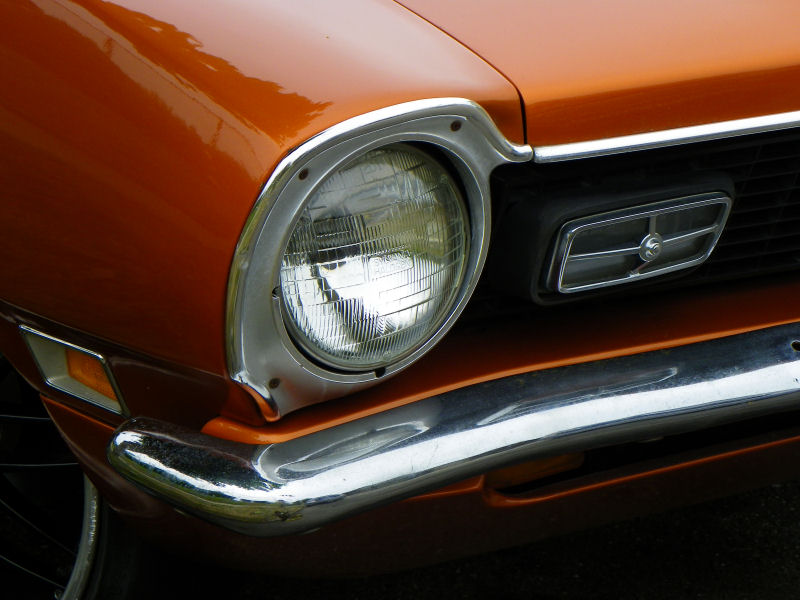 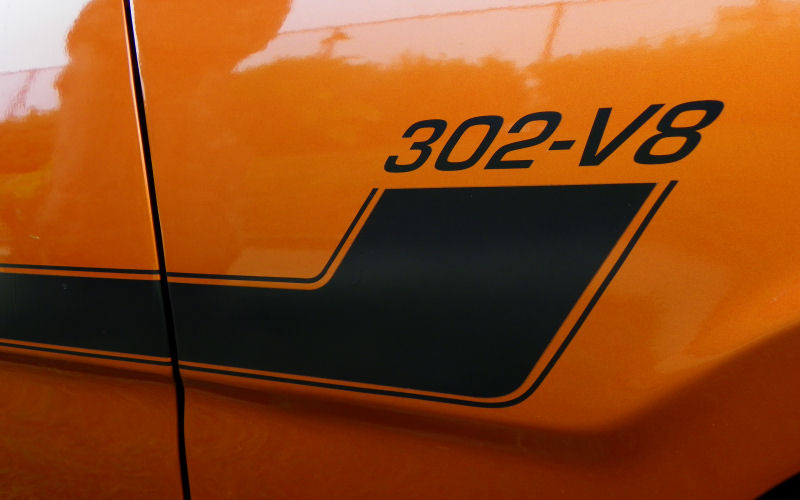 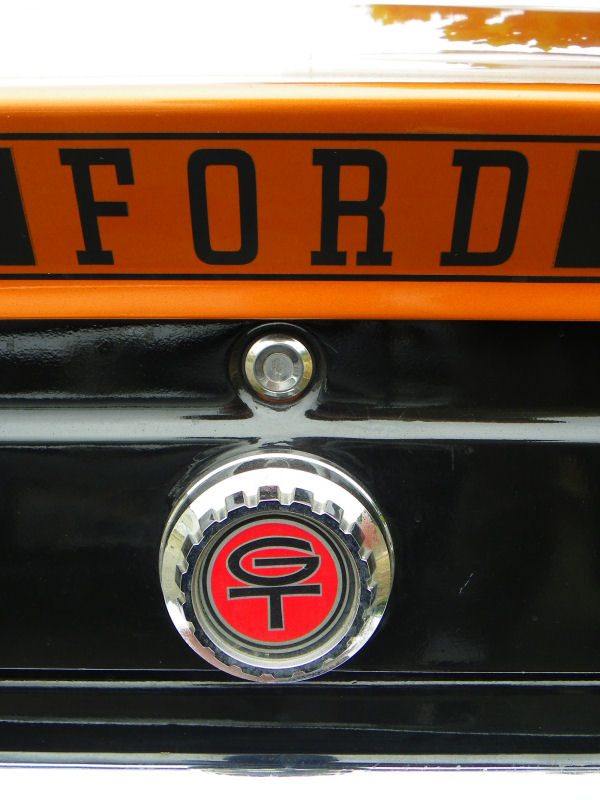 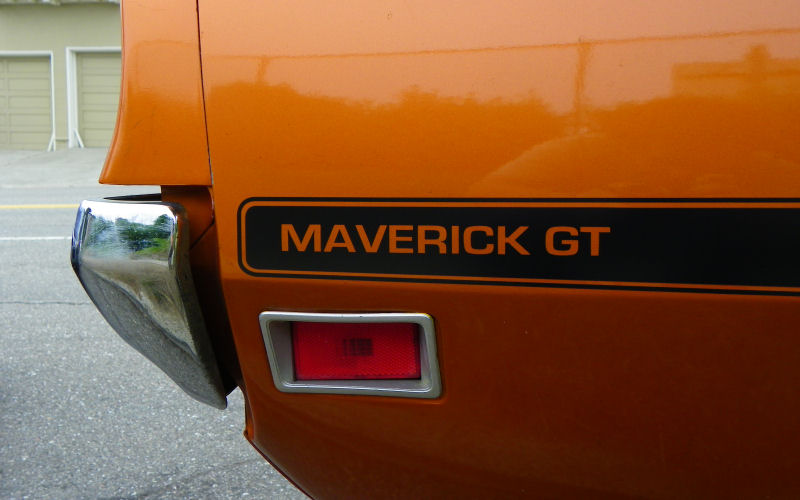 There's a man in San Francisco with at least three Mavericks, all dressed up with 302 GT graphics packages and sporting red, orange or yellow paint with custom wheels and body kits. I've seen the yellow car driving in the city, and all three of them together at a local car show. But this was the first time I'd seen one of the cars stationary on the street. I can't be too sure what year or trim level it is, but judging by the grille lights from a Grabber I'm guessing 1971 at the oldest. When I saw it at the local car show there was no information on the registration tag, so your guess is as good as mine.
Posted by Jay Wollenweber at 12:00 AM