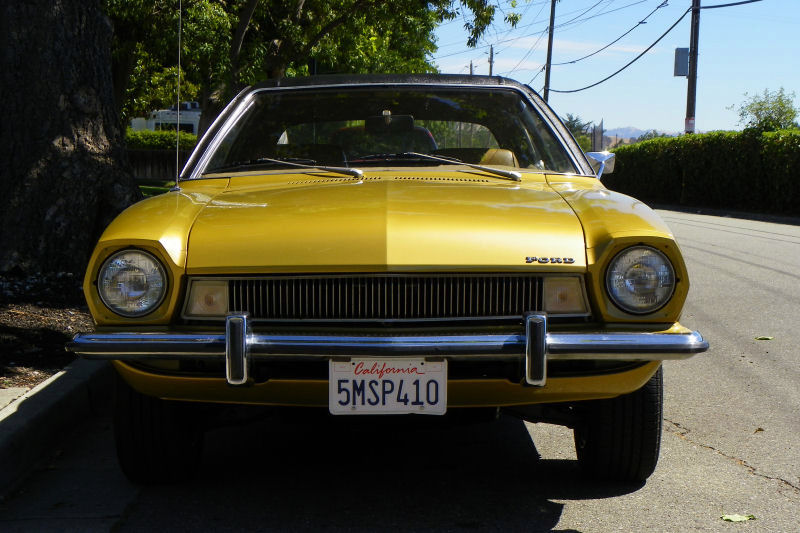 The first thing viewers may notice about this shoot is that the lighting varies wildly among the pictures. Yes, it does. I shot this car basically three times on two different days, several months apart with two different cameras. Now that we're past that, this is one cool little Pinto. 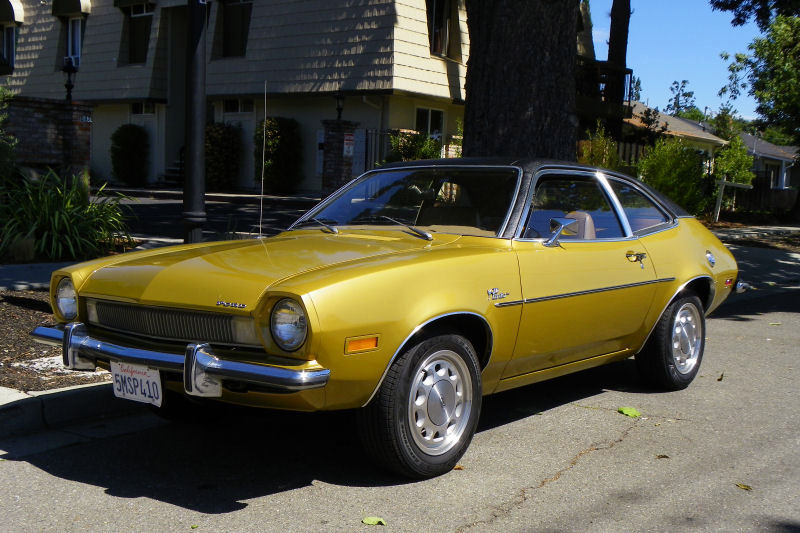 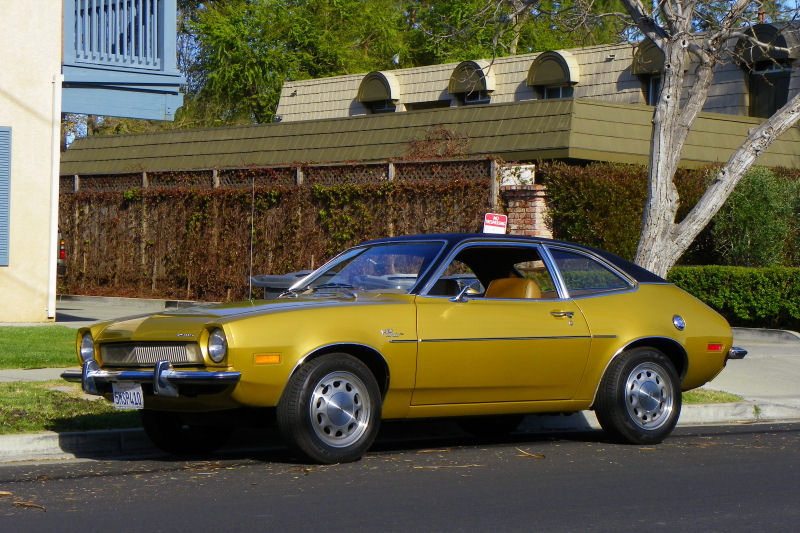 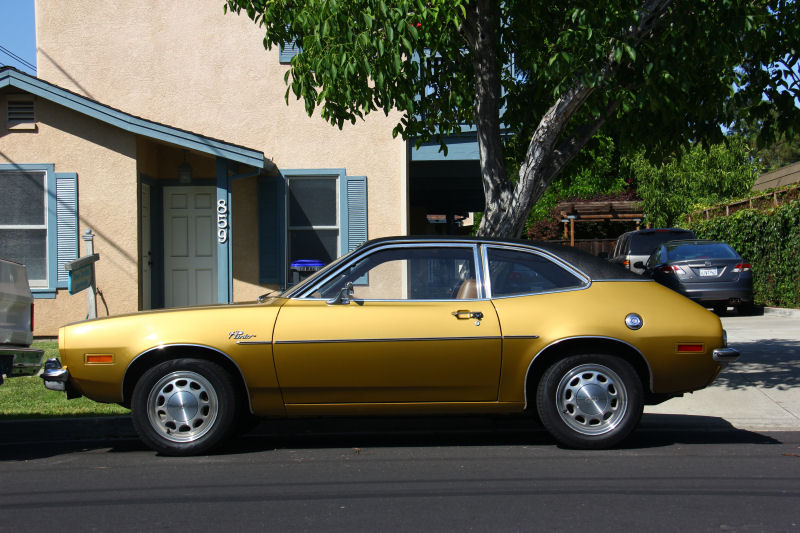 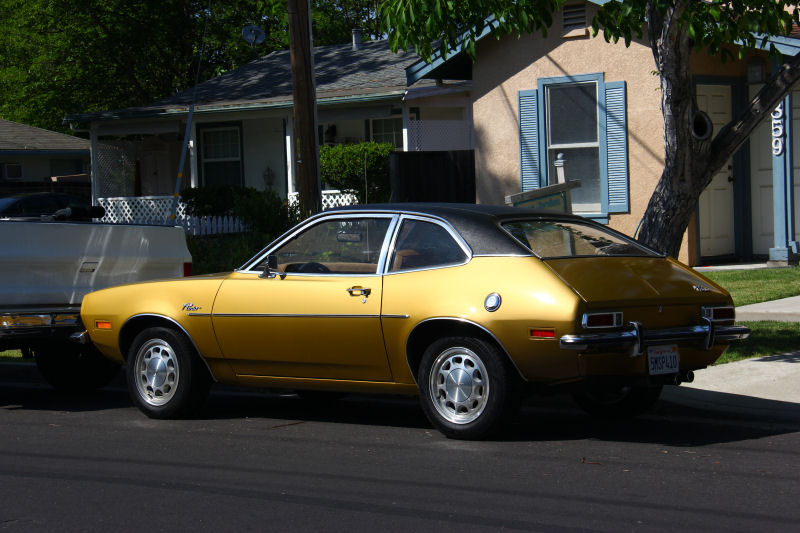 I think it was in middle school that I fell in love with the Ford Pinto. I'm not really sure why I came to like so many of the stupid little cars from the Malaise era that everyone loves to hate. The Pinto makes my short list of favorites. 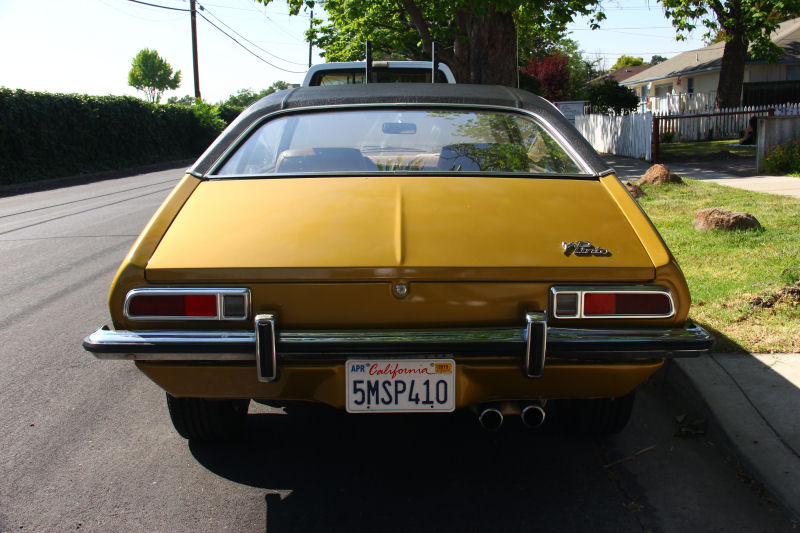 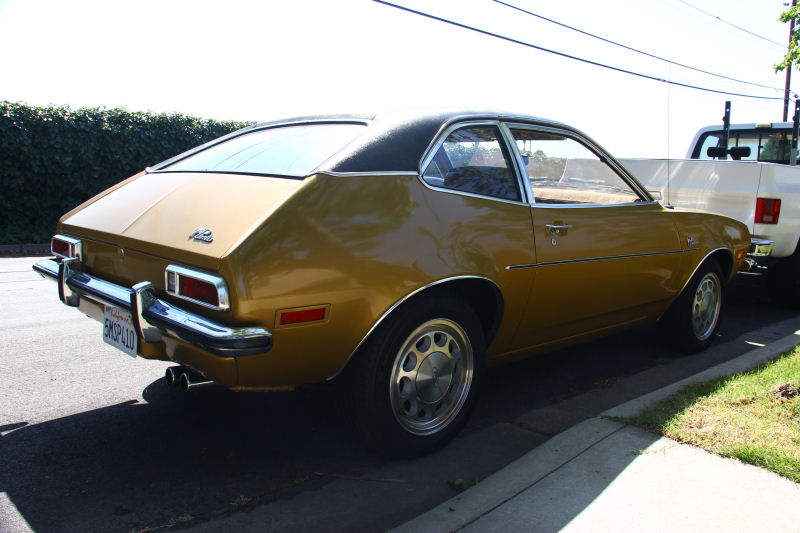 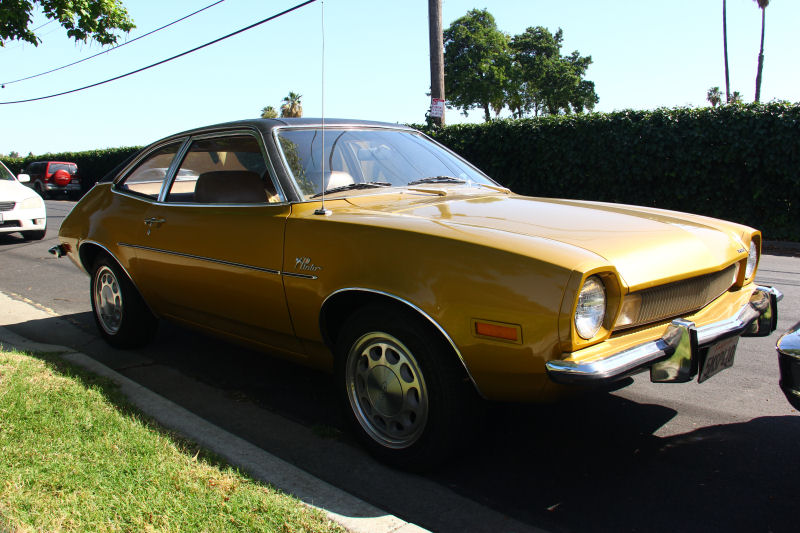 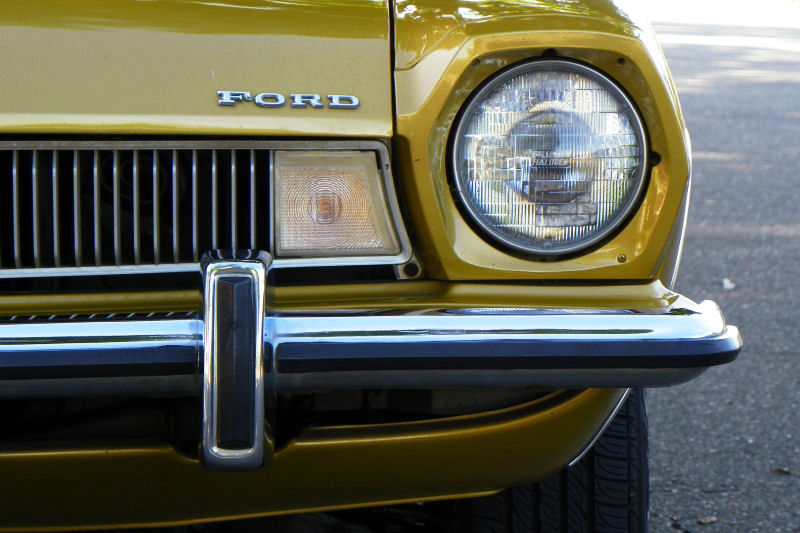 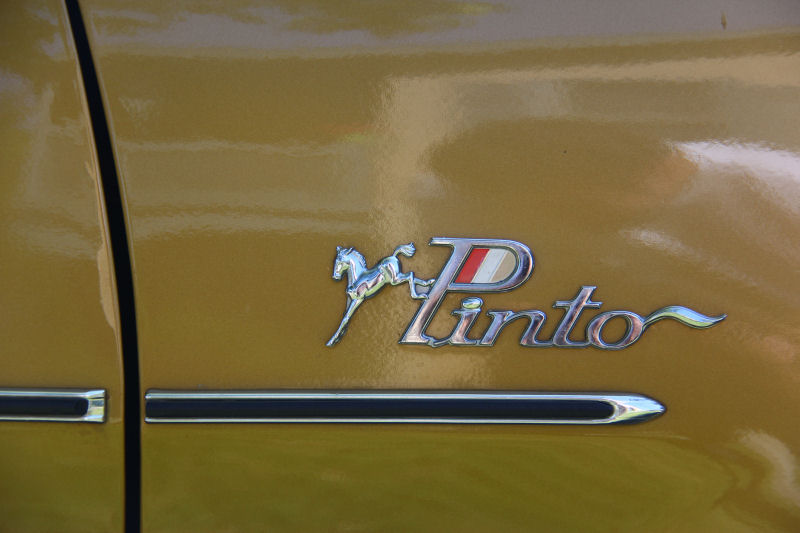 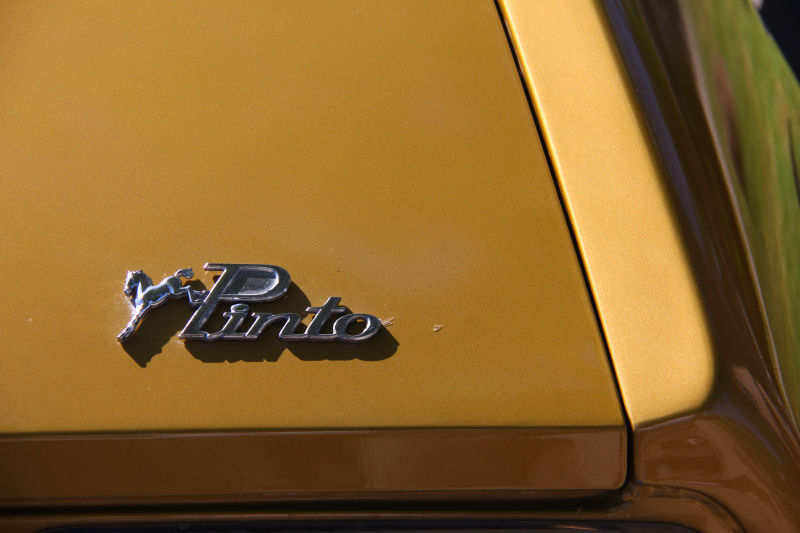 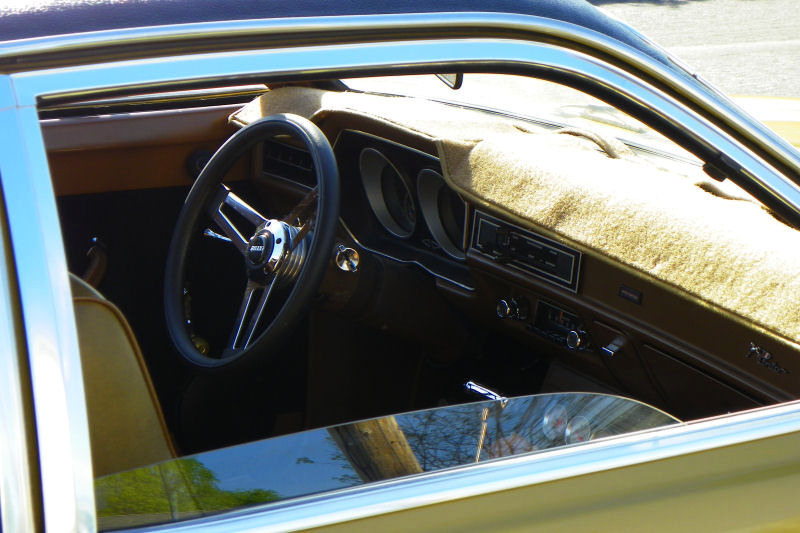 This one is a 1973 sedan, a car that looks a lot like the Runabout hatchback but has a small trunk lid instead. The body is all stock aside from a set of four-lug Fox-Body Mustang "phone dial" wheels and custom exhaust. Inside, a Grant steering wheel and what I thought was a custom shifter supplement the stock butterscotch vinyl bucket seats. It looks like the stock automatic shift handle in my photo, but my faulty memory seemed to recall a four-speed. I have no way of knowing what's been done under the hood, but I'd guess there's at least a little bit of performance goodies hiding in there. This looks like the sort of car that would be a good sleeper. Personally, I like Pintos visually stock, so this one mostly appeals to my sense of taste. Not many of these cars are done up with vinyl tops, a regular option intended to make the car look more luxurious in its day. Because, you know, luxury cars have vinyl tops. The rich gold paint and butterscotch interior is so seventies. Maybe swap the Mustang phone dials for something more period like the factory optional forged aluminum 5-spoke slotted wheels or some Appliance wire mags and we're good to go.
Posted by Jay Wollenweber at 12:00 AM