One of the first 100 street sightings featured here was a 1963-65 Chevy Corvair Greenbrier, posted in 2010 but actually spotted in spring 2009. From that point on, the only Forward Control Corvairs I saw were at car shows, museums or otherwise on private property. Then I stumbled upon this early Corvair 95 Corvan in Oakland. It would be nice to complete the set someday with a Loadside or Rampside pickup, but until then I'll be happy with what I've seen. 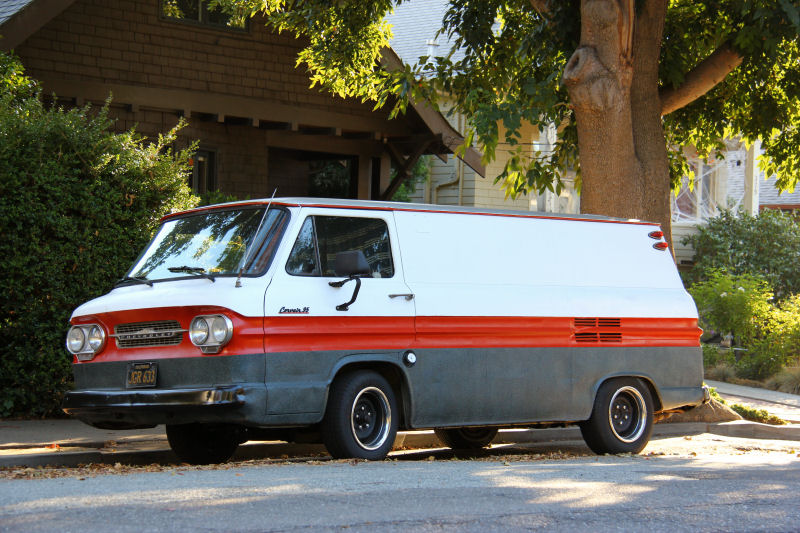 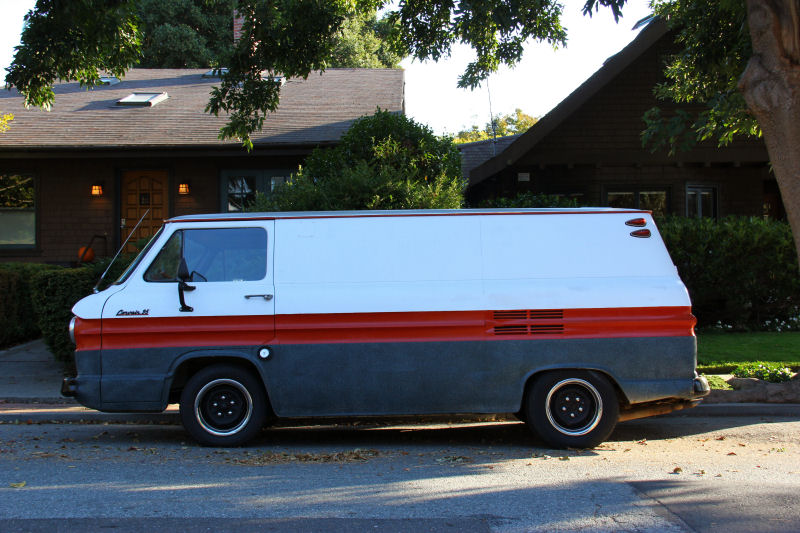 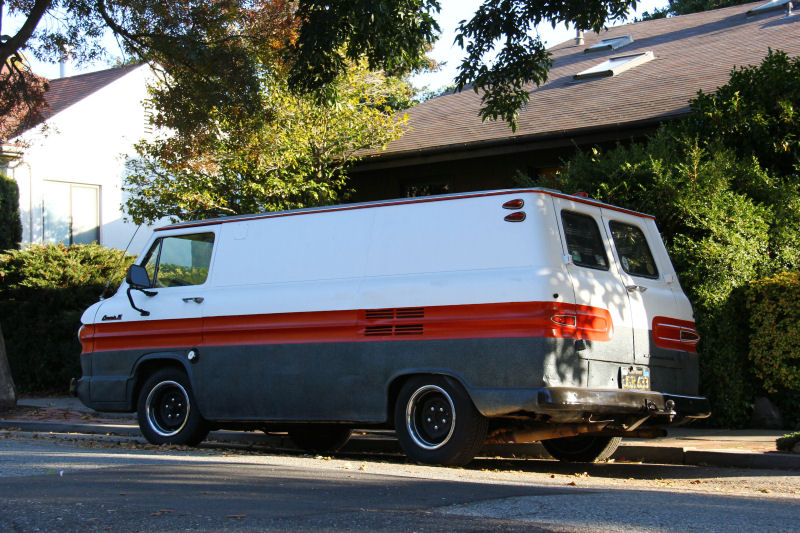 The Corvair 95 was built from 1961 to 1965 as a competitor to the Volkswagen Type 2 Bus and in cargo van or pickup form, was popular with telephone companies. The Greenbrier passenger van is considered the real prize among Corvair 95s, though the pickups, built in limited numbers, are also desirable. Cargo vans like this one were marketed heavily for their space efficiency, as the flat-six engine in the rear and driver seat way up front allowed up to 191 cubic feet of cargo capacity. 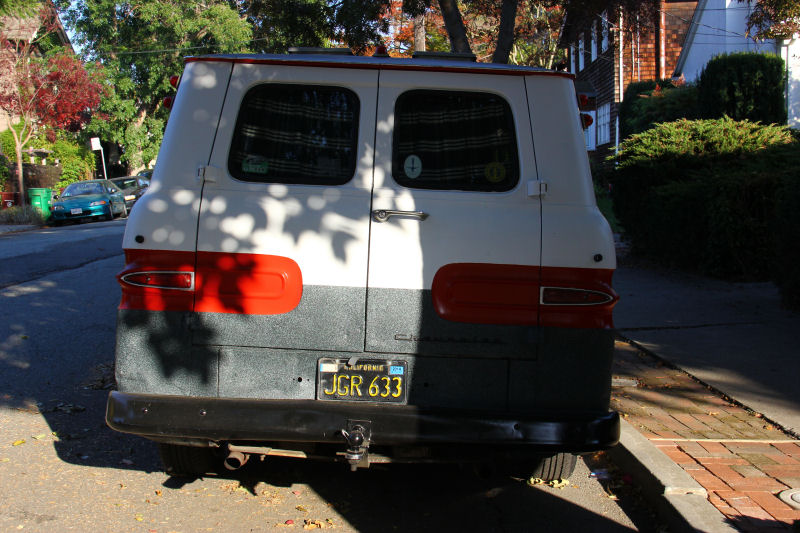 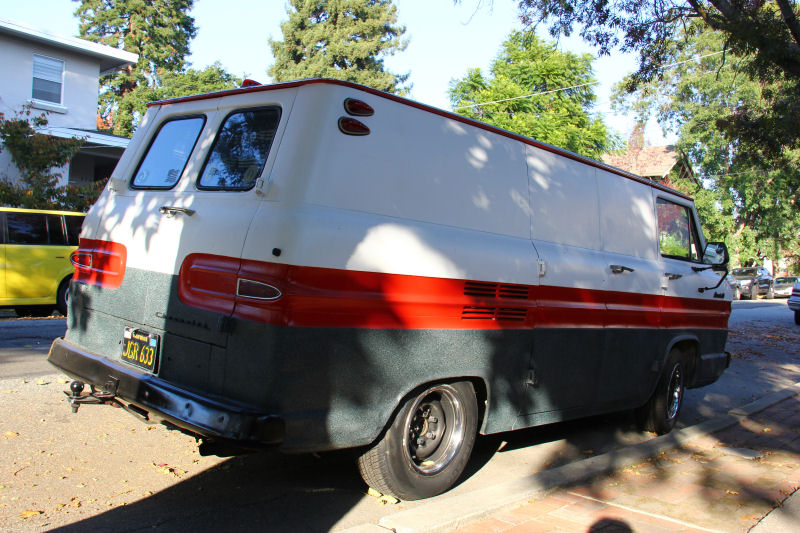 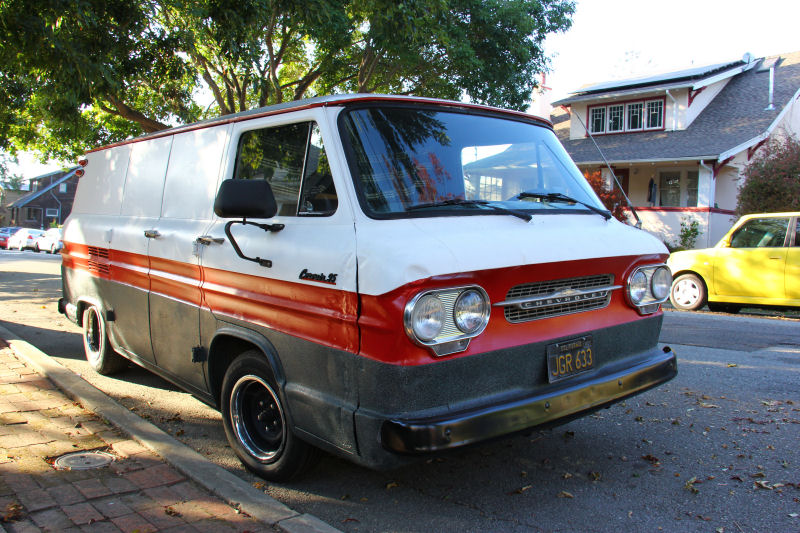 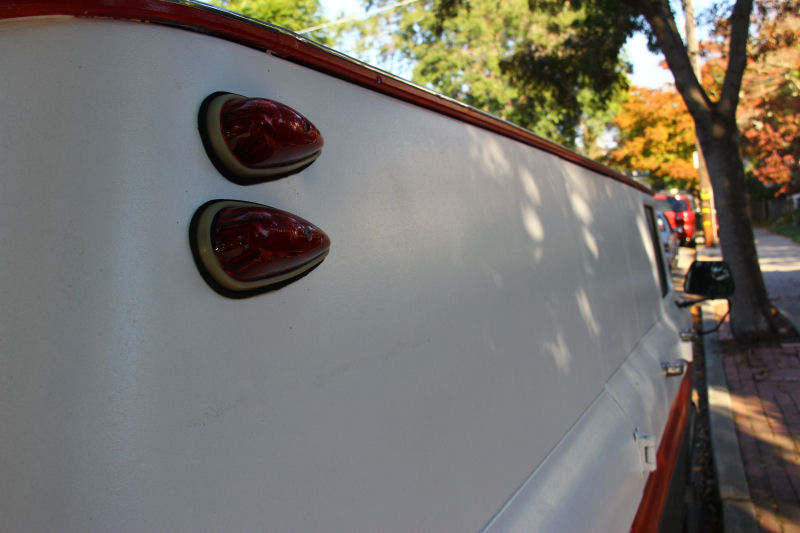 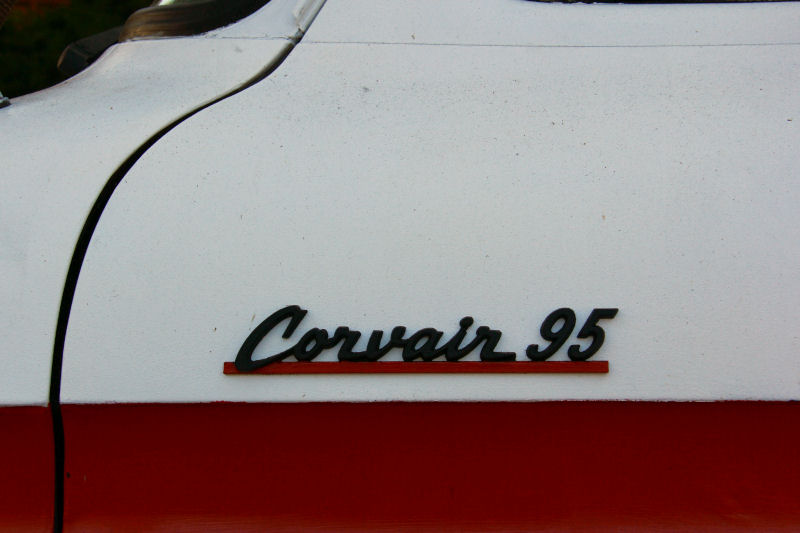 This is an early-model Corvan, either a 1961 or '62 model judging by the steel engine access door just above the rear bumper, centered rear license plate and "Corvair 95" badges on the doors with a thick stroke underlining them. Post-1963 vans had a rectangular additional "By Chevrolet" badge offset beneath the "Corvair 95" lettering. The body is worn and dented up in places, common for an older commercial vehicle. I'm guessing that the front passenger door might have been flung open a bit too far at some point in its life. The paint job could almost pass for stock, as white with a red center stripe was a factory color scheme. But the salt-and-pepper grey lower body, at least, is an owner addition. Privacy curtains installed on the inside of the van make one wonder what goes on in there. Not that it's my business, but think of the party you can have in a 191 cubic foot space.
Posted by Jay Wollenweber at 12:00 AM