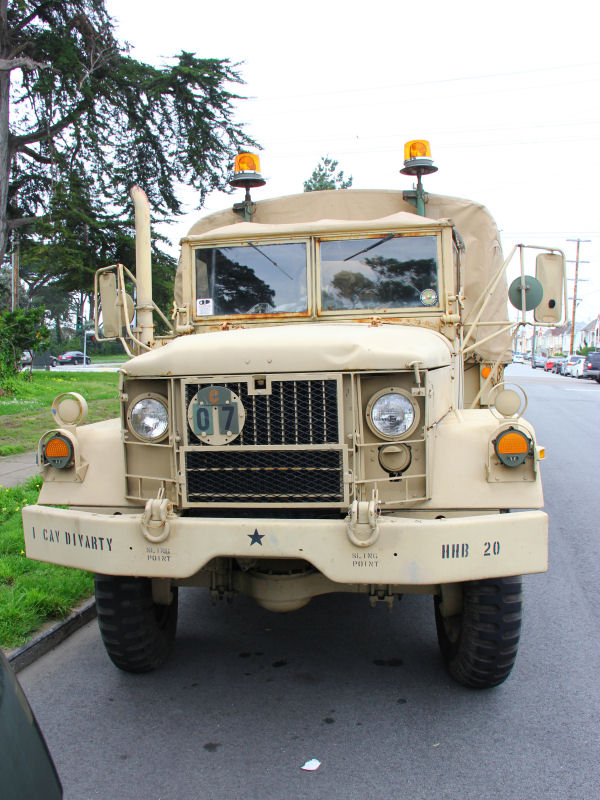 It's Memorial Day in the United States, a day to honor those who have died while serving in the U.S. armed forces. So today we look at a favorite workhorse of the U.S. military (and many others around the world), an AM General M35 2-1/2 ton cargo truck. Specifically, a 1972 M35A2C. 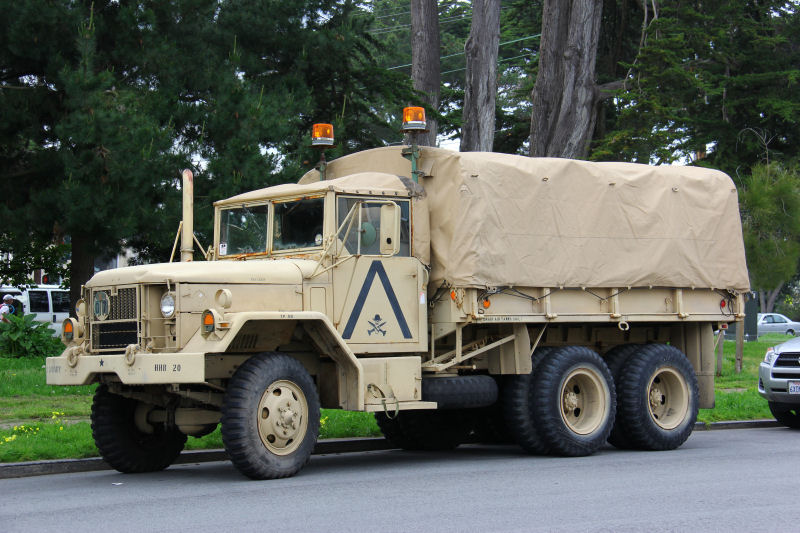 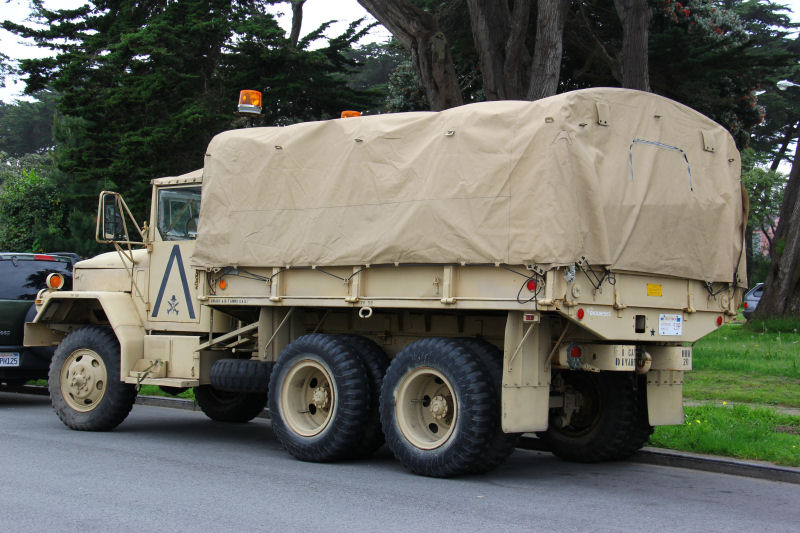 The M35 has been in use in some form since 1951, first designed and produced by REO. It has evolved through three main incarnations, the M35A1, A2 and A3, and enjoyed a host of variants including troop carrier, gun truck, crane truck and dump truck among others. The M35 has been built by a number of different contractors across the decades, including Studebaker, Kaiser and AM General. Most are A2 models powered by a 478 cubic inch inline six designed to run on multiple fuels. 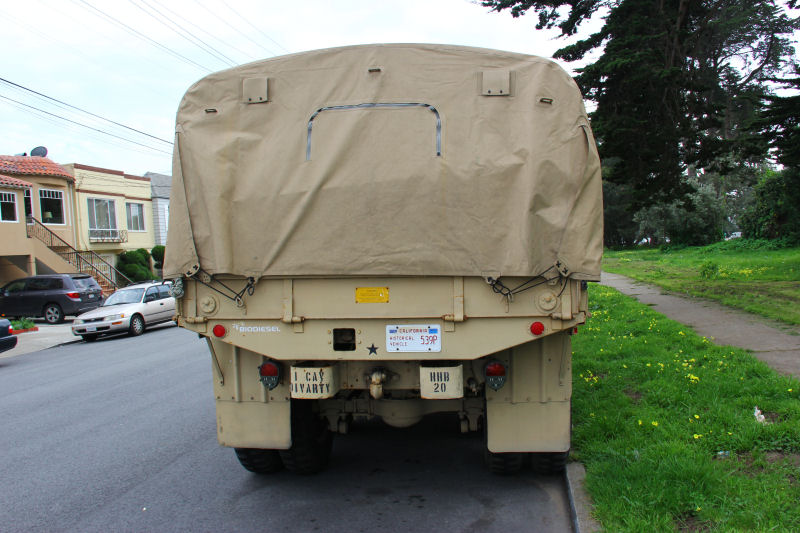 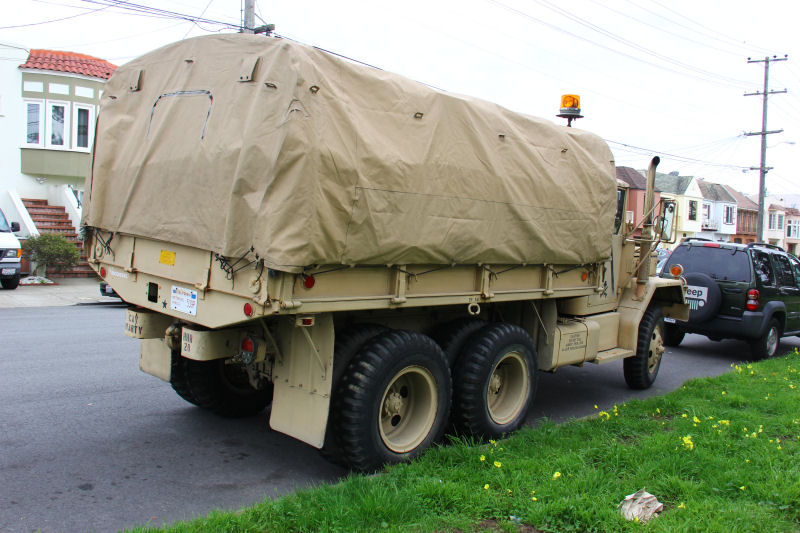 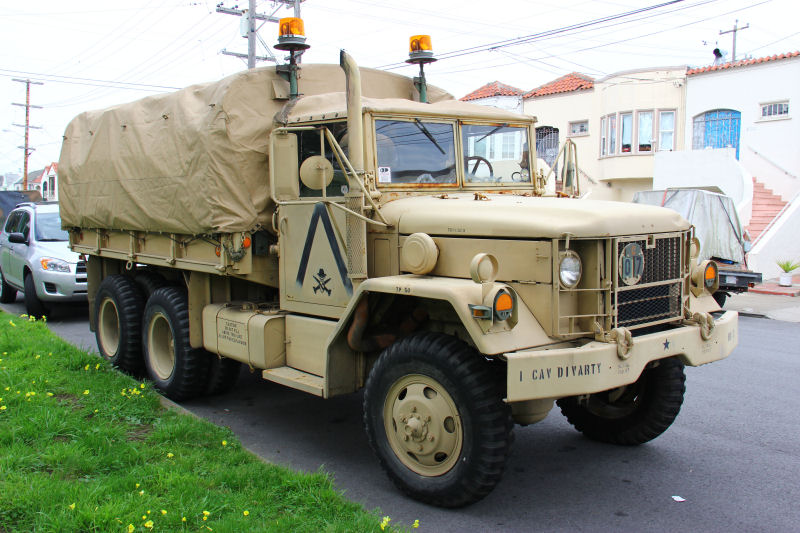 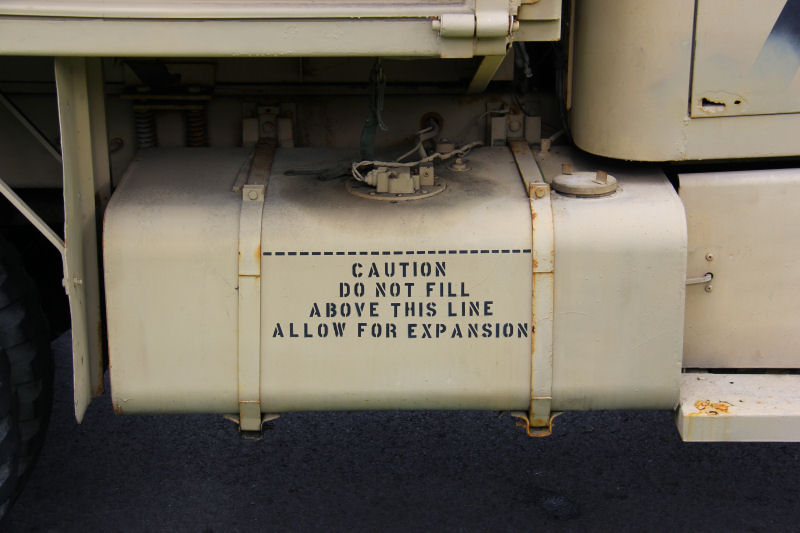 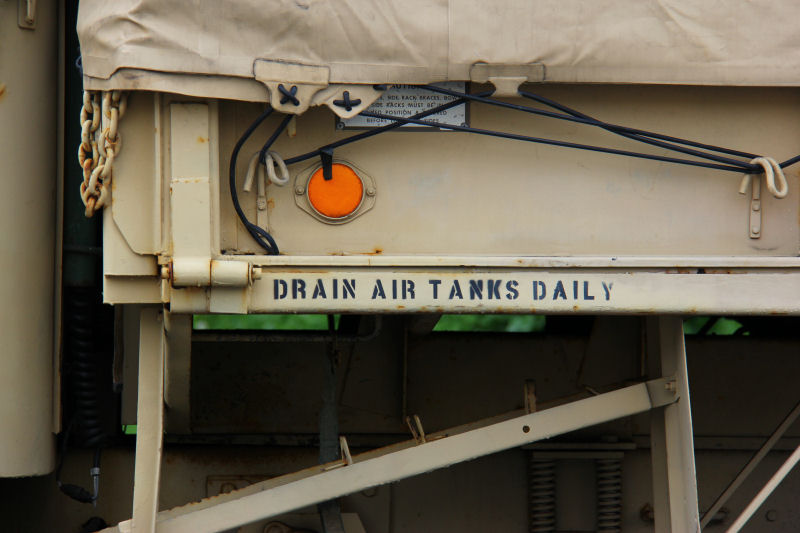 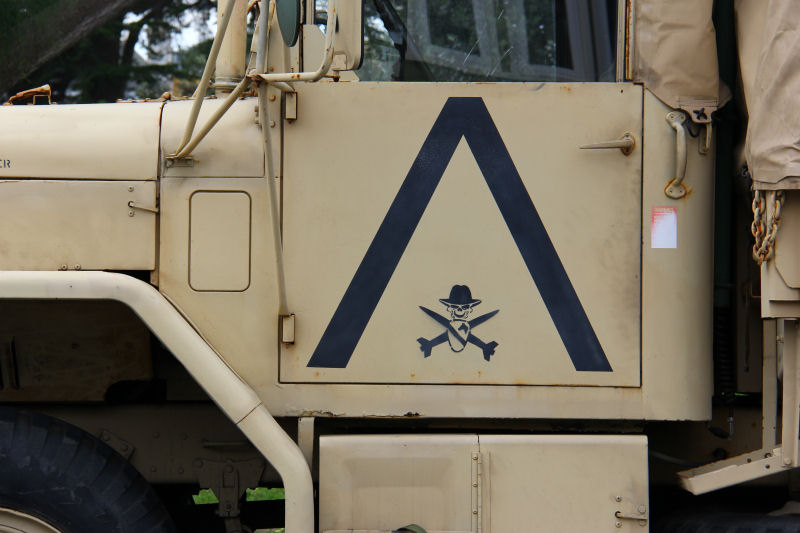 This one is an interesting example. The M35A2 is popular on the surplus market among military collectors, but most are troop carriers. This one is the cargo variant with hinged bed sides, not unlike a Volkswagen Type 2 Bus pickup. I spoke with the owner who told me it's a multifuel truck, but I don't know if it's a turbocharged "whistler" or naturally aspirated. The owner runs it on biodiesel fuel. Note the sticker on the corner of the windshield. It warns onlookers that they're on camera, the result of the sad reality that a large truck is a blank canvas for graffiti. Quite literally, the canvas cover over the cargo area was a target for taggers and has been replaced multiple times. Note the stenciled "1 CAV DIV ARTY" on the bumper. If memory serves, the owner's father served in the First Cavalry Division Artillery. The shield on the door, with horse head and diagonal stripe, is the symbol of the First Cavalry. There is some rust going on, mostly in the windshield frame and in the bottom of the cab. Much of the bodywork can likely be repaired or replaced for restoration at minimal expense, as these trucks were built for decades with few visual changes and surplus vehicles are cheap. I think it's cool that the owner collects old army trucks and takes them to shows and parades in order to preserve and share American military history.

Thank you to all who have served in our armed forces, past and present.
Posted by Jay Wollenweber at 12:00 AM