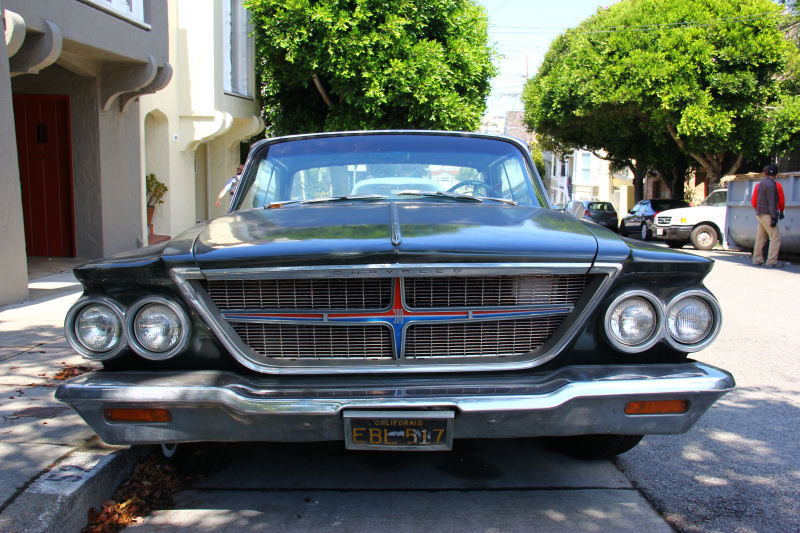 Chrysler's 300 letter cars are some of their best-known historical models, a range of high-performance luxury muscle cars that proved themselves on the NASCAR circuit. The traditional logic for a performance car in the 1960s typically called for a relatively light vehicle with bucket seats, a large-displacement V8 and a four-speed manual transmission on the floor. The traditional logic for a Chrysler by this point was a huge, heavy car with a big lazy V8 and an automatic. The 300 was more of a powerful highway cruiser for executives looking for a sportier car than an Imperial. The 300 letter series was the ultimate 300 with more power and more sport touches. And for a select few who wanted to row their own gears, a four-speed with Hurst shifter was available. Chrysler sold 3,022 300Ks in 1964, but only 82 customers bought a 4-speed. This is one of 450 coupes known to survive, and one of just fourteen known 4-speeds left. I contacted Bob Merritt of Golden Lion Grrrages, a Chrysler 300 enthusiast who believes that this car is one of the fourteen in his records. 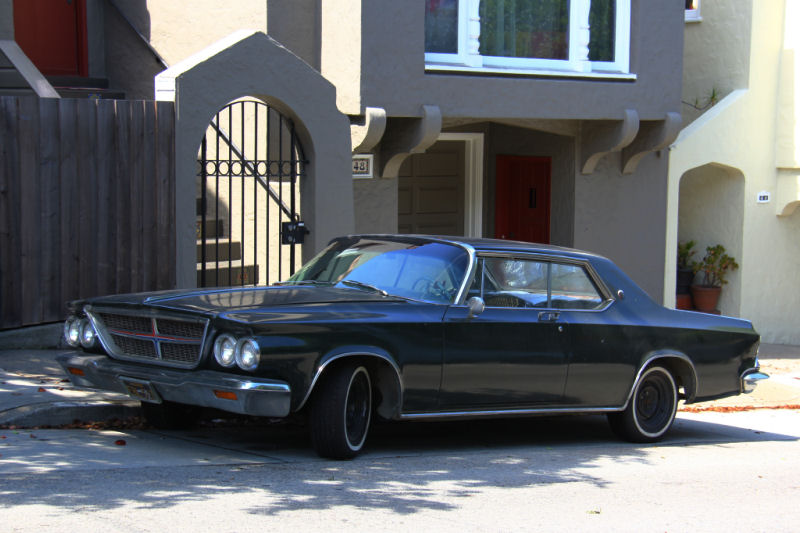 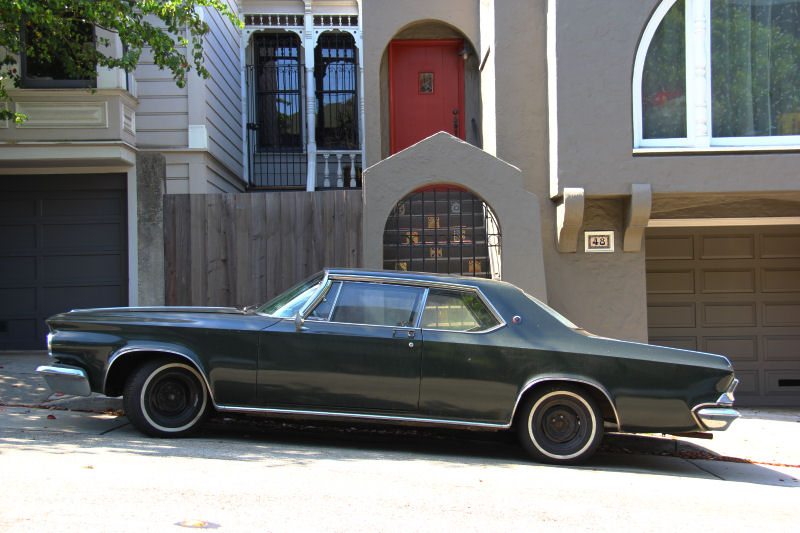 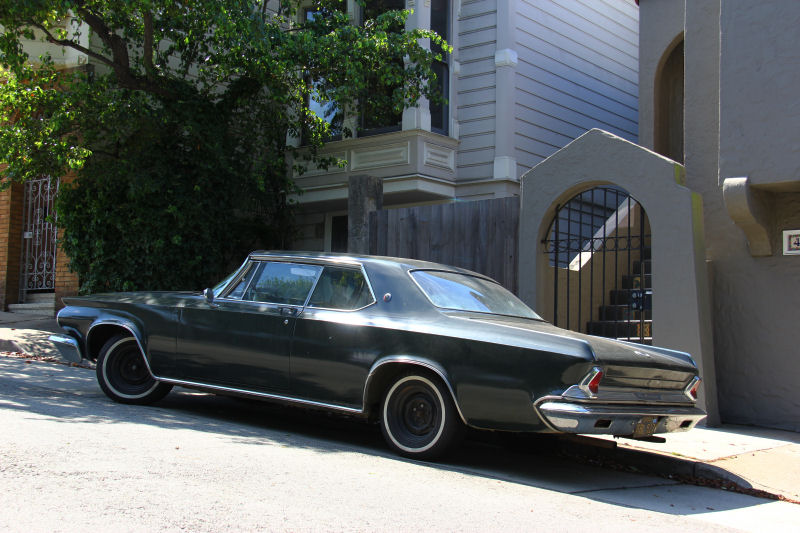 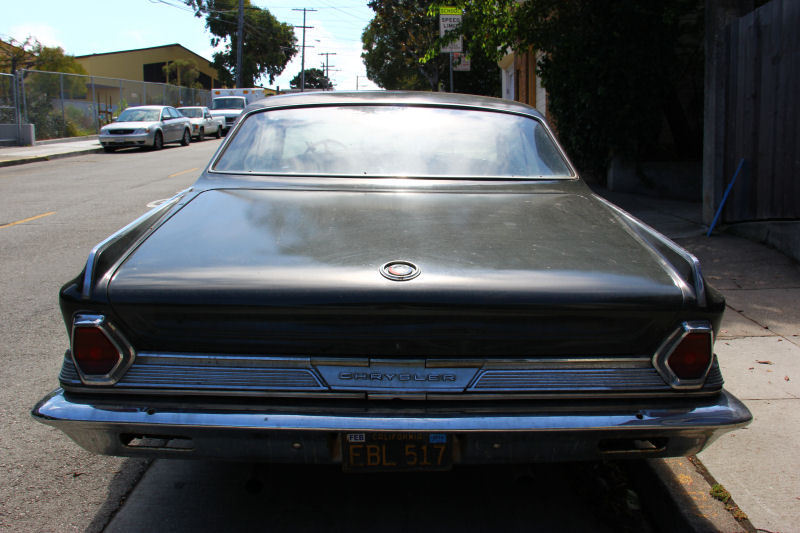 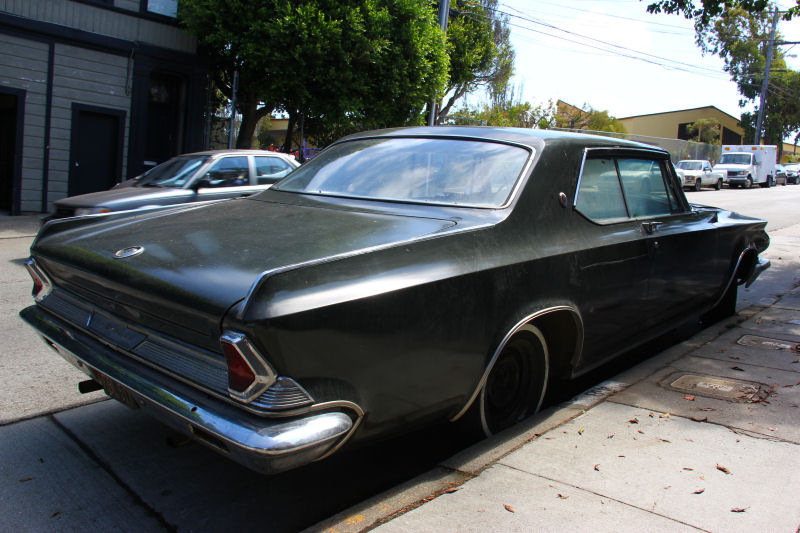 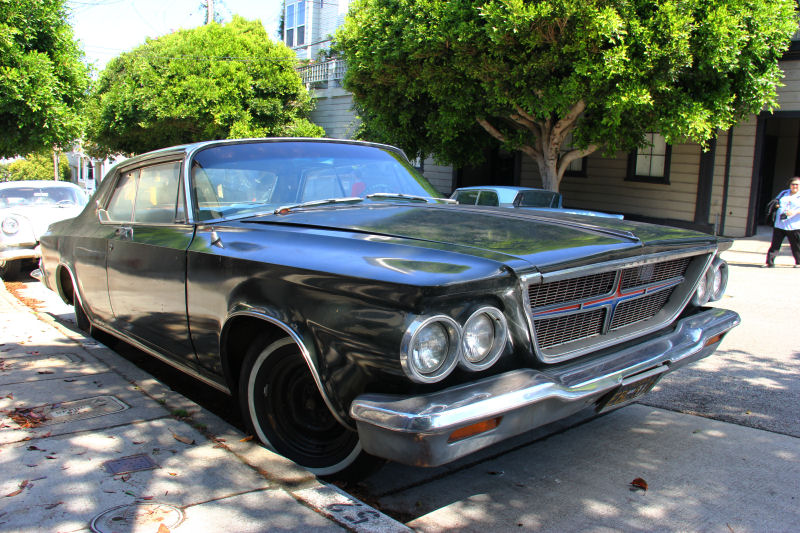 This is one of many interesting cars living in San Francisco under the care of a collector who also owns the '56 Packard Patrician, '58 Packard Hawk, '52 Kaiser DeLuxe, '63 Corvair Monza and '65 Corvair Monza I've previously featured here. The 300K four-speed is an oddball car, with a wide center console yet no space for the shifter. So the shifter is mounted on the left side of the transmission tunnel next to the console, and a tachometer is installed beneath the radio instead of in the main instrument cluster in front of the driver. It looks like an afterthought, but it works. The engine is more conventional, a 413 cubic inch "FirePower" V8 rated at 360 horsepower. The body on this car is good and solid, though the paint may not be original. If it is a factory color, it appears closest to code G Sequoia Green, which should have pinstriping along the beltline in Persian White. 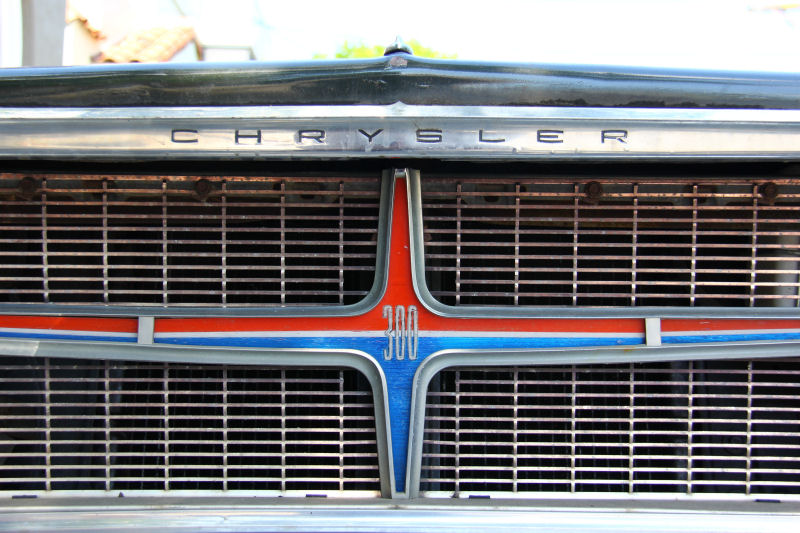 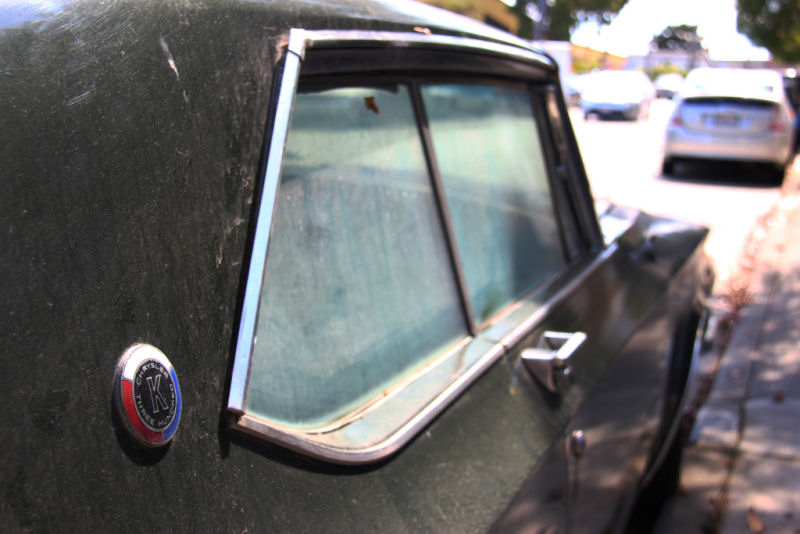 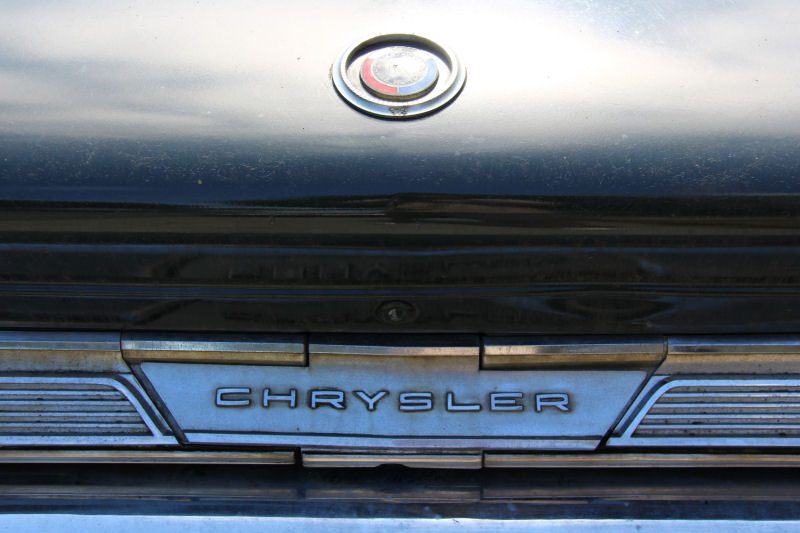 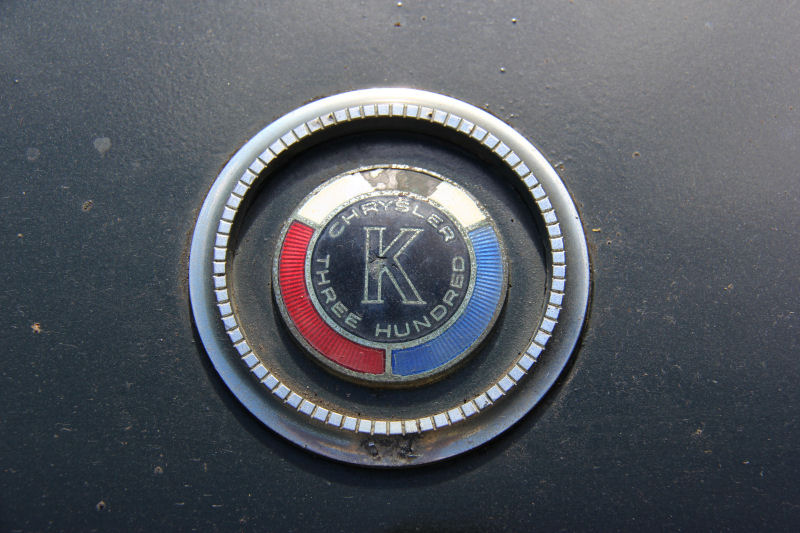 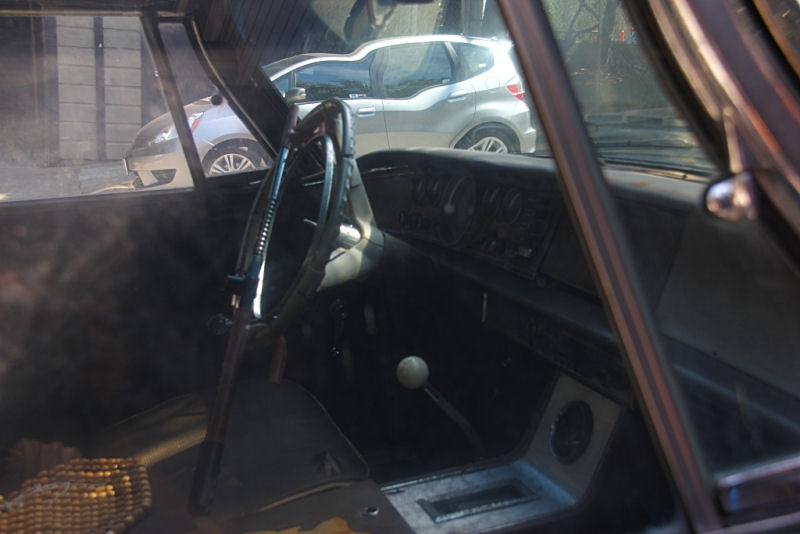 I never was a huge fan of the 1963-64 Chrysler lineup because of its unusual styling. I knew that 300 letter cars were rare, but I had no idea when I photographed it that the four-speed option was that scarce. The low survival rate of the 300K, and knowing that fewer than 20% of the already tiny number of manual cars are left, makes this one even more special.
Posted by Jay Wollenweber at 12:00 AM