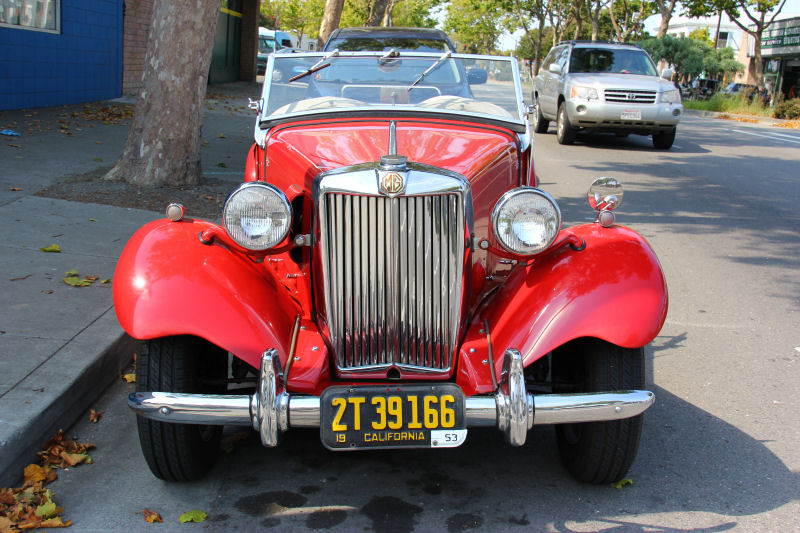 When I was a kid, I kept a scrapbook of pictures I thought were interesting, both for drawing references and just stuff I liked. One thing that intrigued me was a brochure for a company that offered fiberglass kit cars. They did Porsche 356 Speedsters, Mercedes "Gazelles", Shelby Cobras, the whole gamut of tube frames and/or VW chassis. It was there that I learned of MG roadster replicas. Like the Gazelle, I believe the MG TD kit cars could be built as front- or rear-engined depending on the donor chassis. There is one in my area and it just looks slightly off. When I was younger the old MGs always seemed common enough that if you really wanted one, why not just get a real one? 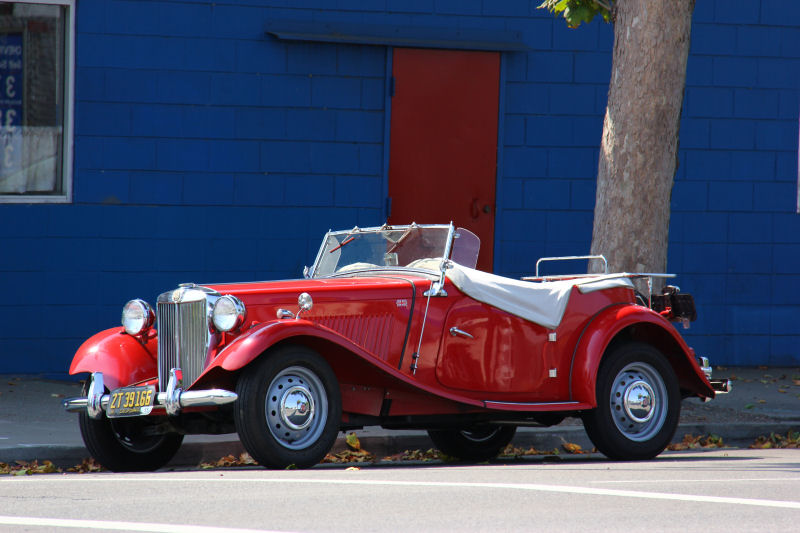 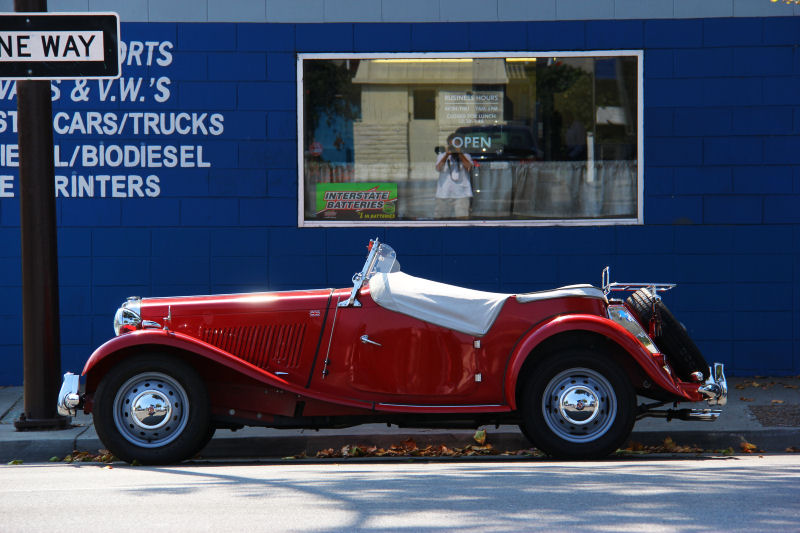 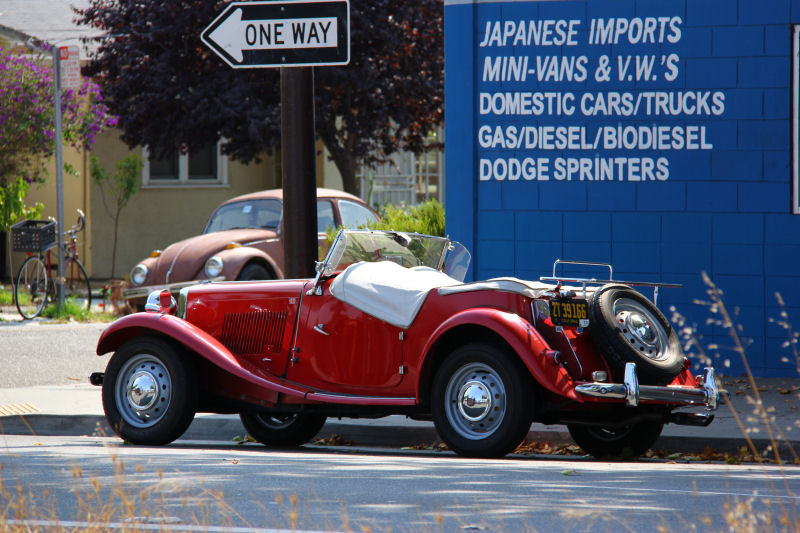 One answer is that there are jokes about MG owners. You'll be that guy who spends more time fixing his MG than driving it, chasing oil leaks and wondering why it won't start in the rain. You'll be driving a slow, primitive, drafty 1950s open-top sports car based on 1930s design and technology. Or you could have a plastic version of the same thing powered by Chevette or Beetle running gear. You'll still be street pizza if that Hummer next to you changes lanes without looking, but a fake MG just isn't as cool as a real one. This, friends, is a real one. 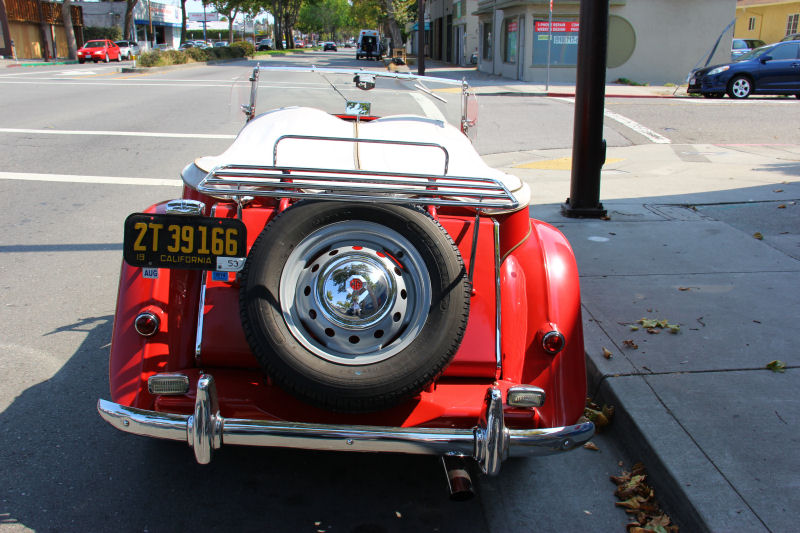 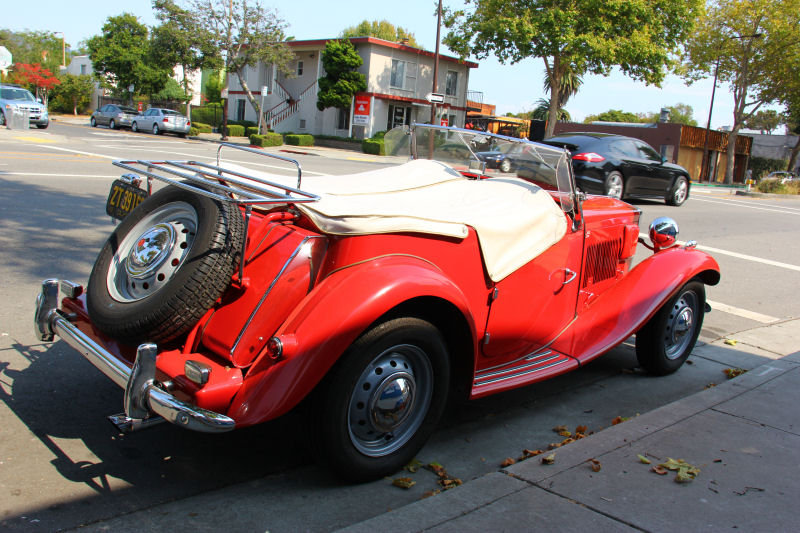 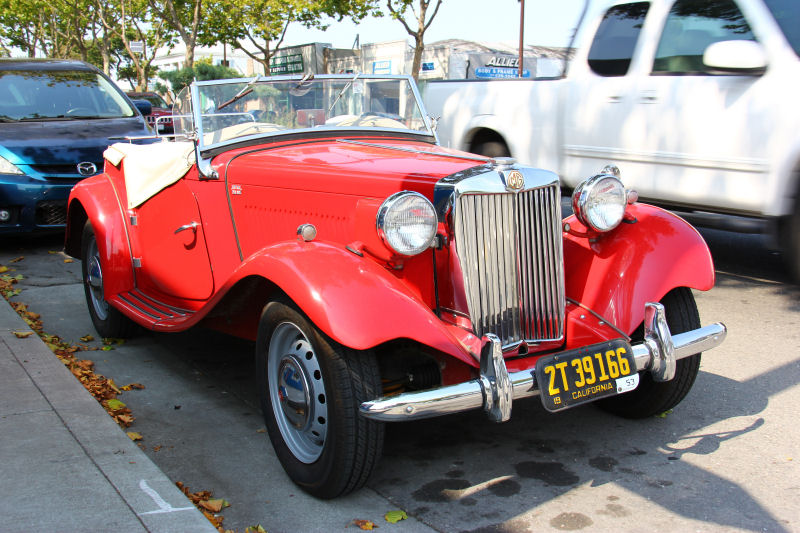 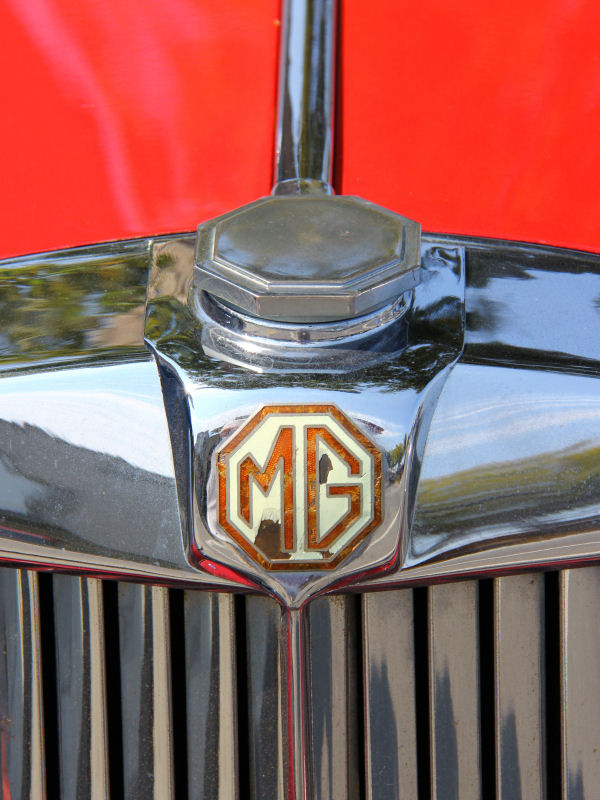 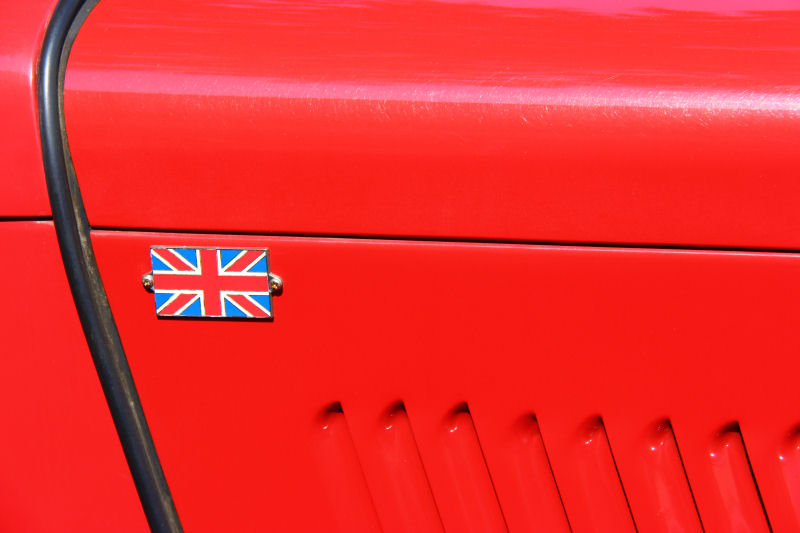 The MG TD evolved from earlier Midget models dating back to the 1929 M-Type, with successive models earning new letter combinations with each major improvement. The TD was the last MG with its headlamps in individual teardrop pods above the fenders; the 1954 TF had a lower hood profile with the grille tilted back and the headlights molded into the fenders. The fuel tank remained lashed to the rear end underneath the spare tire. This car has reverse lights, probably an uncommon option or a retrofit for safety's sake. It has such conveniences as a radio and a rear luggage rack, both useful options for longer trips. Note also the pressed-steel wheels, a common item on MG and Triumph roadsters going into the '50s and '60s. One might expect an old MG TD to ride on traditional wire wheels, so these are an interesting change. This one was parked outside a Berkeley auto repair shop that takes care of a wide variety of oddball vehicles, so I'd guess it was having some servicing done. It's a cute little roadster. I'd be afraid to drive one, but for the right person I'm sure it's a fun weekend toy.
Posted by Jay Wollenweber at 12:00 AM