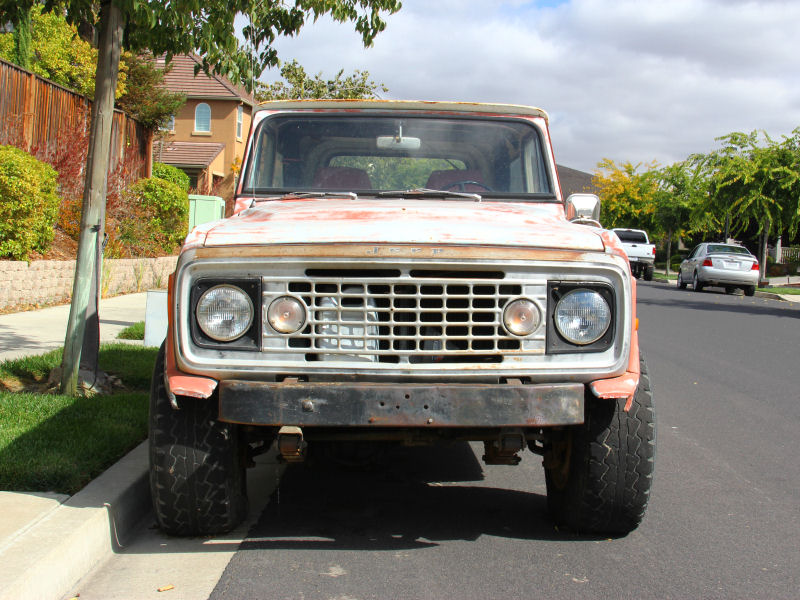 A few years ago we looked at a 1972 Jeep Commando, hurriedly photographed on a rainy day in San Francisco. It was almost all factory stock and in very good condition, but I didn't have the time to do it justice. For this one, I had better weather and more time. 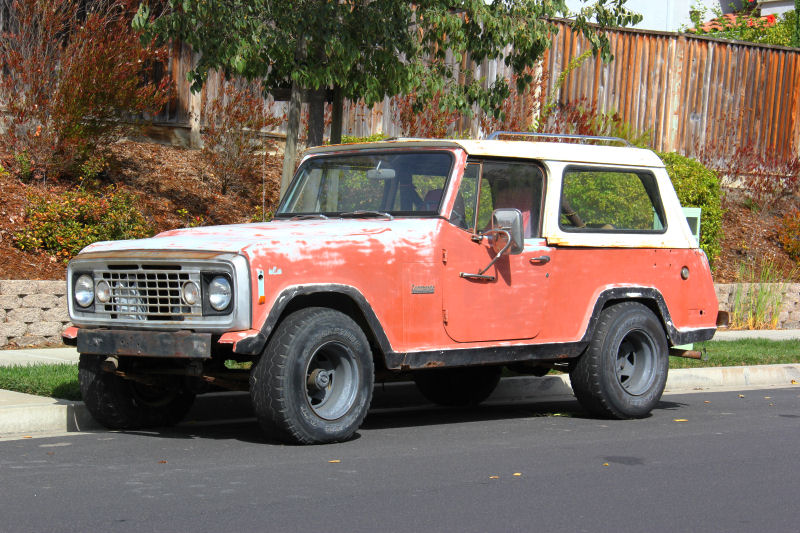 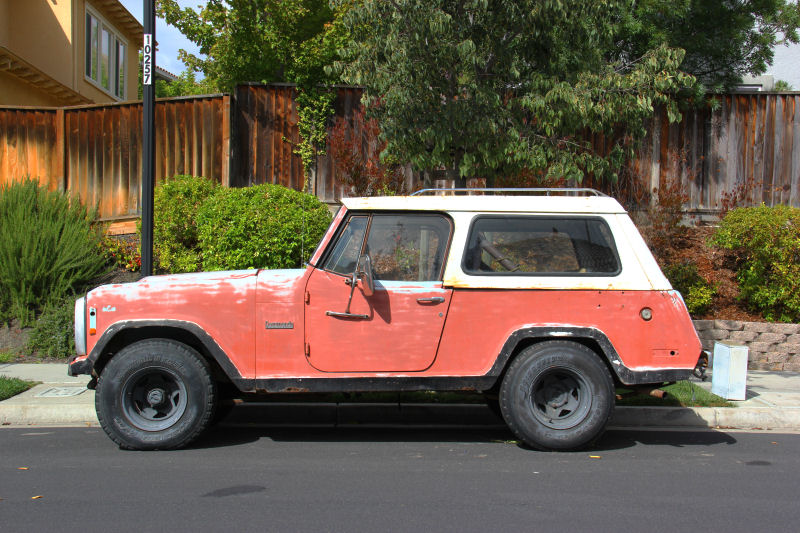 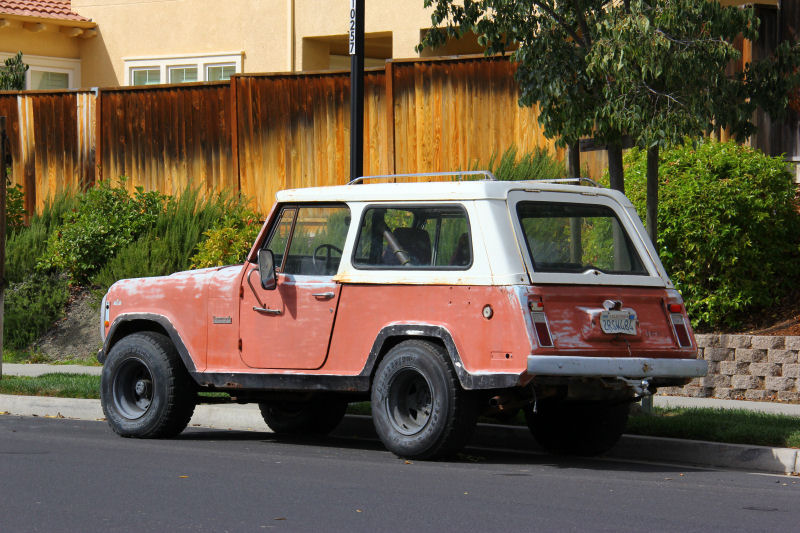 The 1972-1973 Jeep Commando was the final evolution in a long line of Jeepster products dating back to the postwar Willys-Overland years. The original 1948-50 Jeepster was a "soft-roader" luxury alternative to the civilian Jeep CJ, and was a formula closer to the Willys Jeep Station Wagon than the tough-as-nails military Jeeps that helped win World War II. Kaiser-Jeep brought the Jeepster back in 1966 as an all-new vehicle, the Commando, offered with the old Willys "Hurricane" four or Buick-built "Dauntless" V6 under the hood. After Jeep was purchased by American Motors, the Commando received a significant refresh. Gone were the familiar seven-slot Jeep grille and separate flat-topped fenders. In their place was an eggcrate grille more similar to the Chevy K5 Blazer, flush fenders and a wheelbase three inches longer than the outgoing '71 model. The old engines were replaced by three AMC engines including a 304 V8. This new C-104 Commando alienated some in the Jeep faithful by going mainstream, but it sold better. 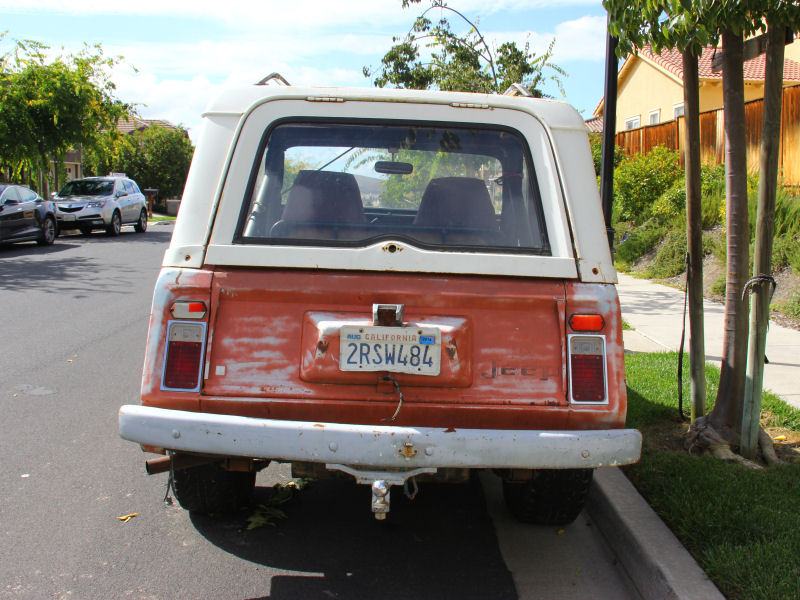 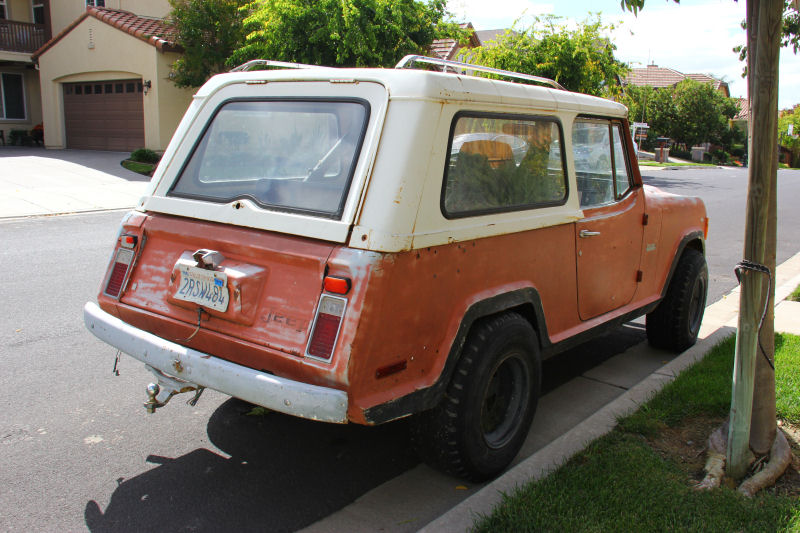 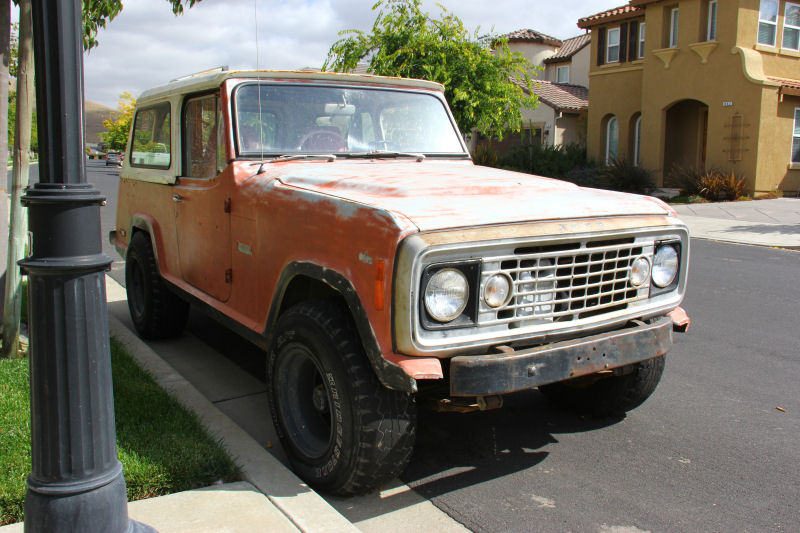 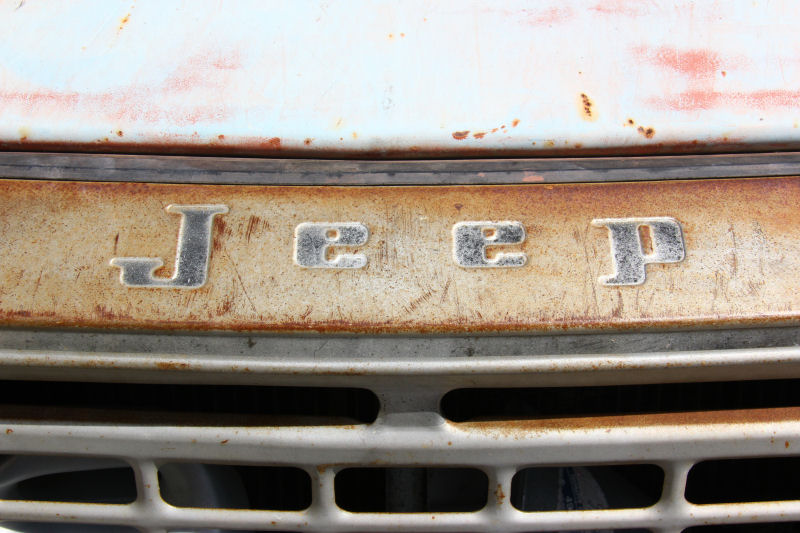 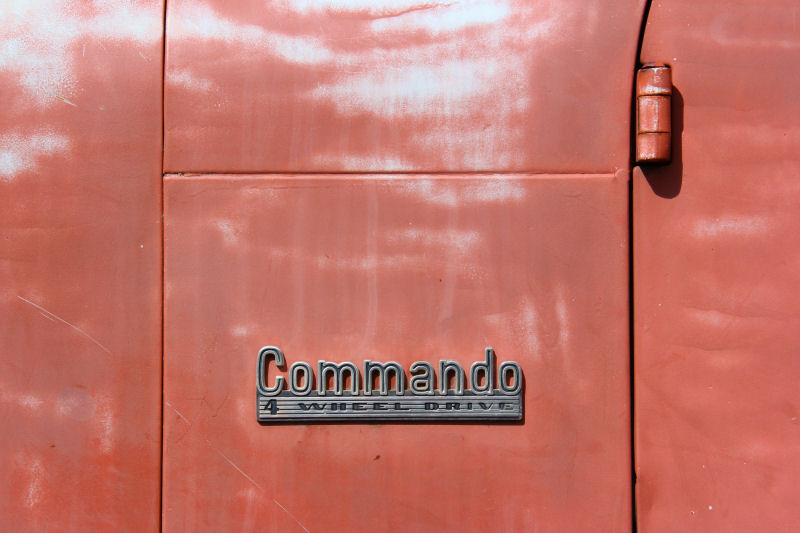 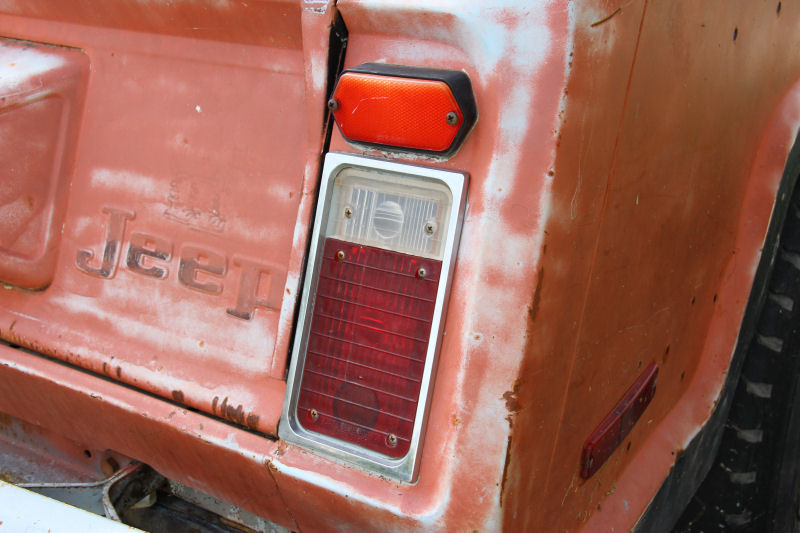 There apparently are no visual changes between 1972 or 1973 model Commandos, though the '73s received stronger axle joints and better tires. Neither are relevant in the case of this modified example. The biggest clue as to the vehicle's age, for me, is a patch about four inches tall on the left front fender where the side marker lens is broken, and a faded area at the top of the driver door. The pale blue color beneath the red appears to be Skyway Blue, a Jeep factory color that was dropped after 1972. As such a rare vehicle, I wish it was in better shape. But it's an off-road toy and those typically aren't pristine for reasons that should be obvious. It could be restored if someone really wanted to; most of it is intact and solid. The rust in the driver side rockers is a worry, but the rest of the body could be straightened. The problem with that is, if you make it too nice, then you'd be afraid to take it off-road.
Posted by Jay Wollenweber at 12:00 AM