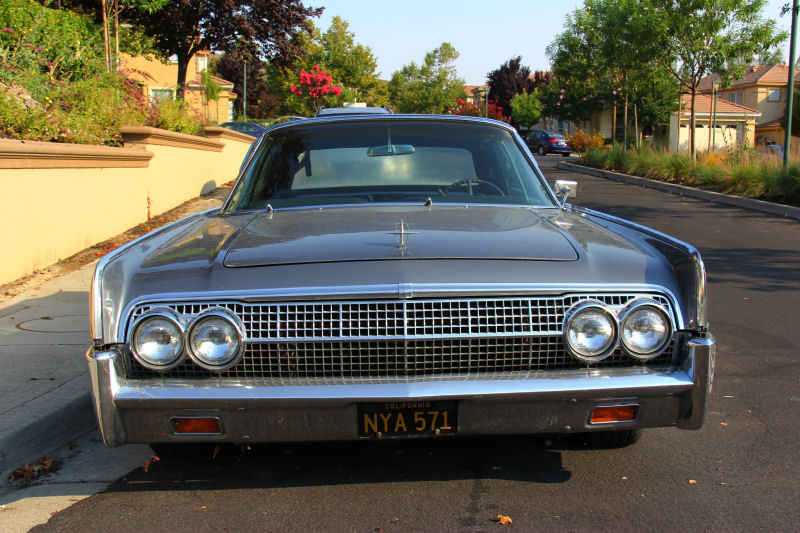 We've already looked at a few 1960s Lincoln Continentals here, but nearly all have been sedans and thus far, only two years have been represented: 1963 and 1968. This is yet another '63, but it's our first Continental convertible. 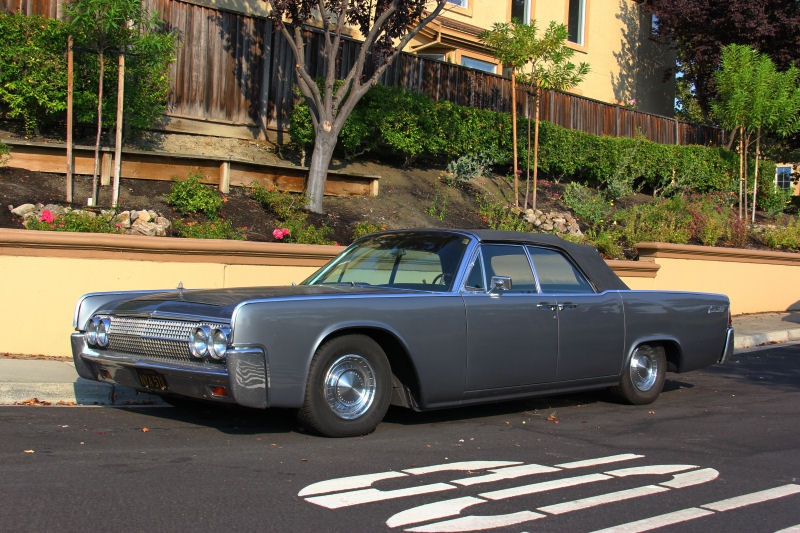 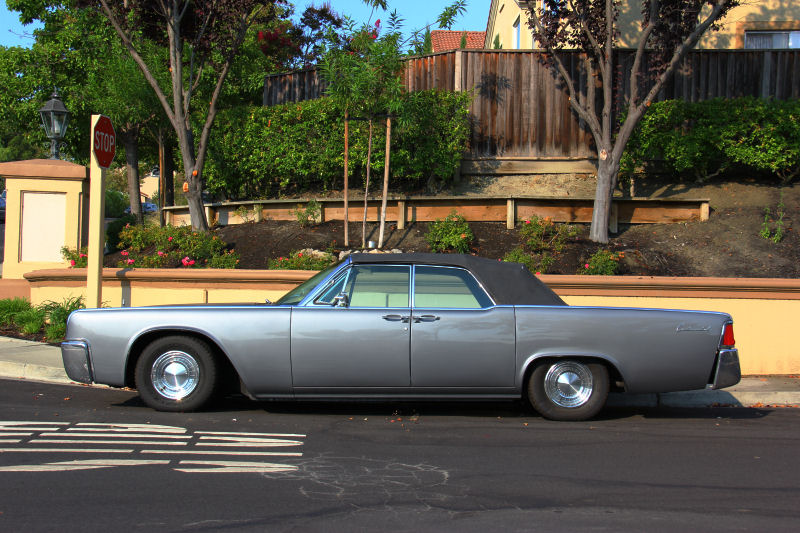 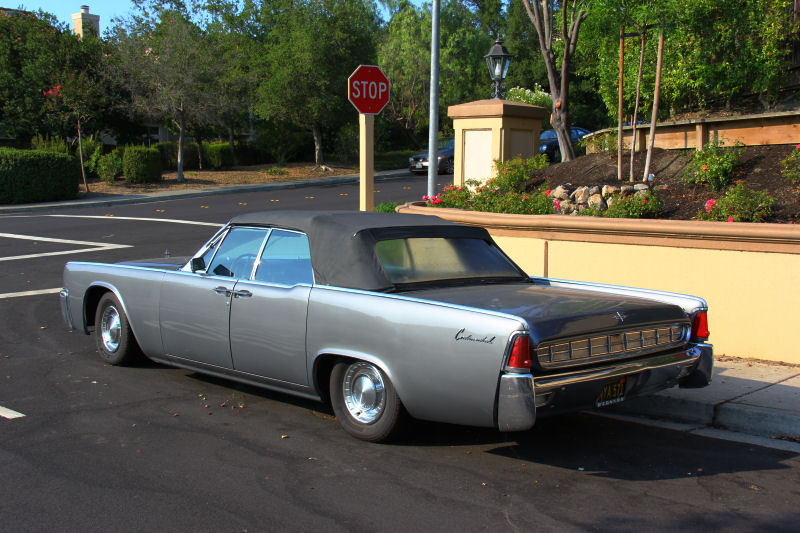 The '63 Continental continued its evolution of Elwood Engel's 1961 design. Everything was designed and engineered to be the finest car it could be, and the end result was a very heavy vehicle. They were outfitted with a luxurious interior and a dual-pod dashboard similar in concept to the Ford Mustang that would debut the following year. Ironically this feature would be dropped from the Continental for 1964, in favor of a flatter, more linear design. I've battled with myself for years over whether I prefer the '63 or '64 Continental. Both are beautiful from certain angles. Viewed from the rear, I prefer the '64. From most other angles, I like the '63. The Continental convertible has a unique street presence thanks to its imposing size, suicide doors and being one of very few four-door convertibles built after World War II that wasn't hacked up by a third-party coachbuilder in California or Florida. 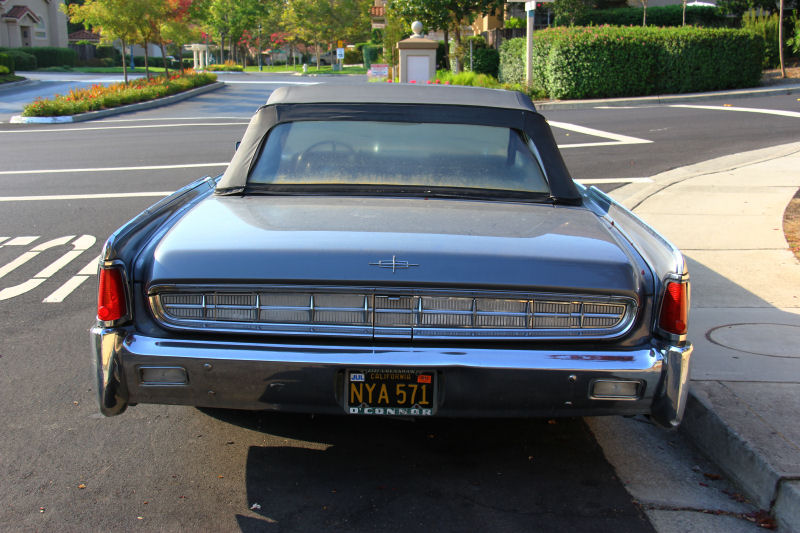 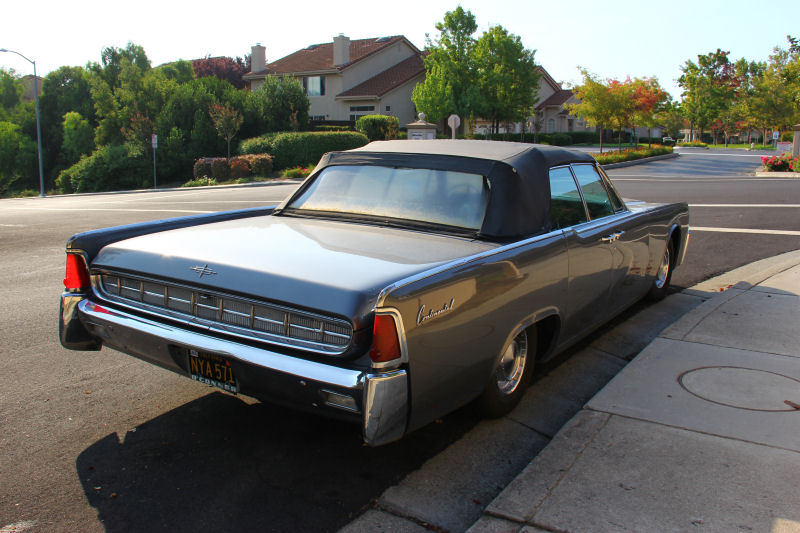 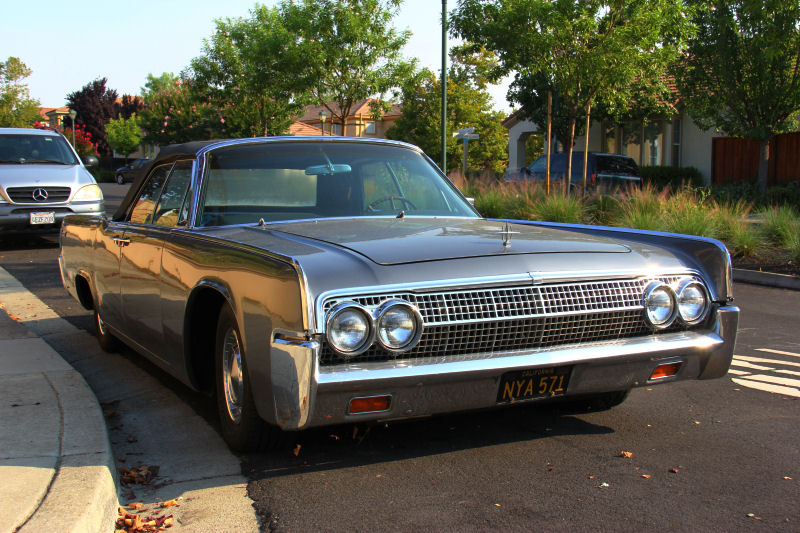 I see this car regularly but, despite its generally good condition, it never seems to move except when the city slaps a tow tag on it. It pains me to see the car sitting so much, especially because the plastic rear window no longer seals around the edges and leaks every time it rains. 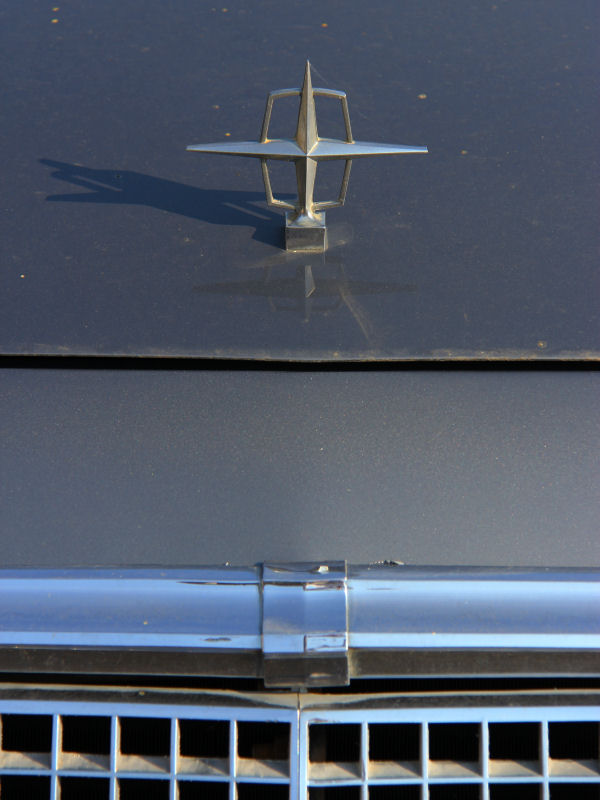 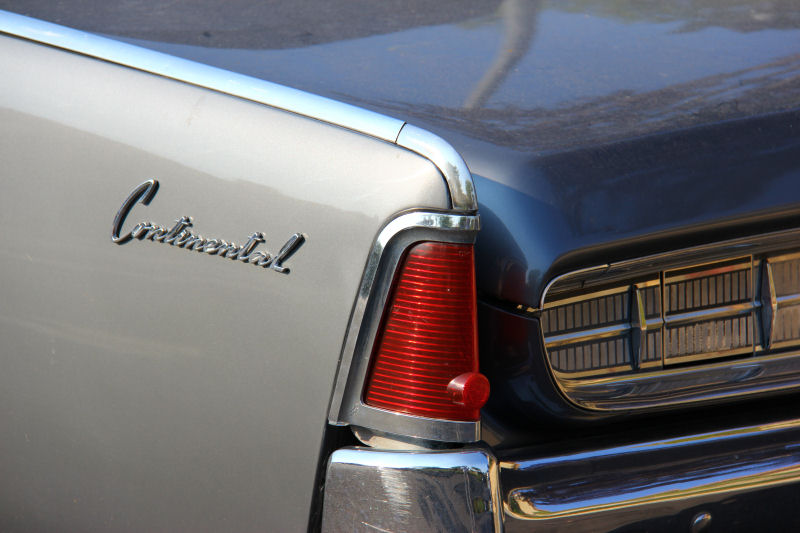 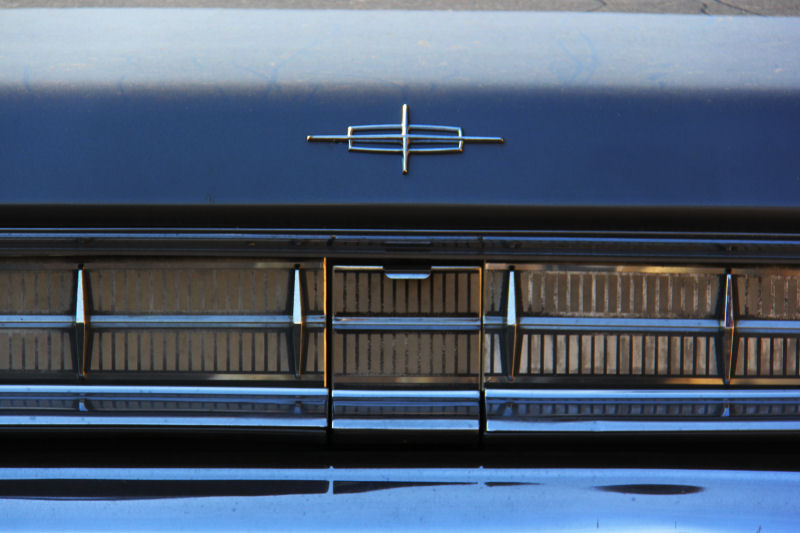 Assuming the color is stock, it would probably be Oxford Gray Metallic. I think it's a very classy color combo for this car. The only real damage I see is where someone hooked the rear bumper and tweaked it backward on the left side. The factory hubcaps are all there, looking oddly small thanks to the blackwall tires. Most of these cars seem to sport thin whitewalls if they haven't been blinged out (a practice I hate on a car like this), so blackwalls are an unusual choice. It's still a cool car. I'd hate to see the city haul this classic Lincoln off to an impound yard just because someone doesn't feel like driving it.
Posted by Jay Wollenweber at 12:00 AM